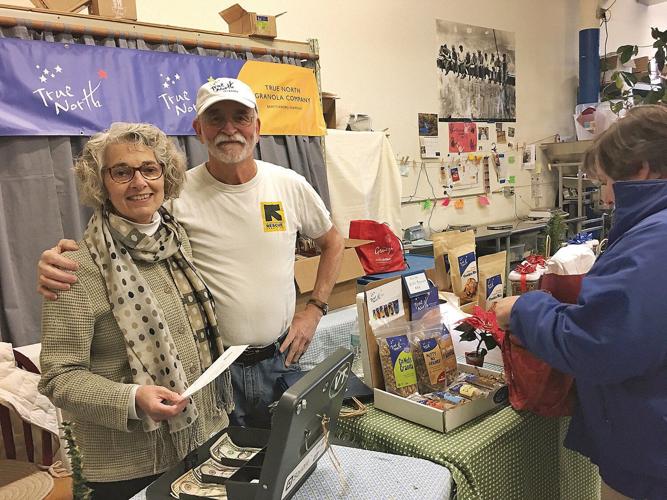 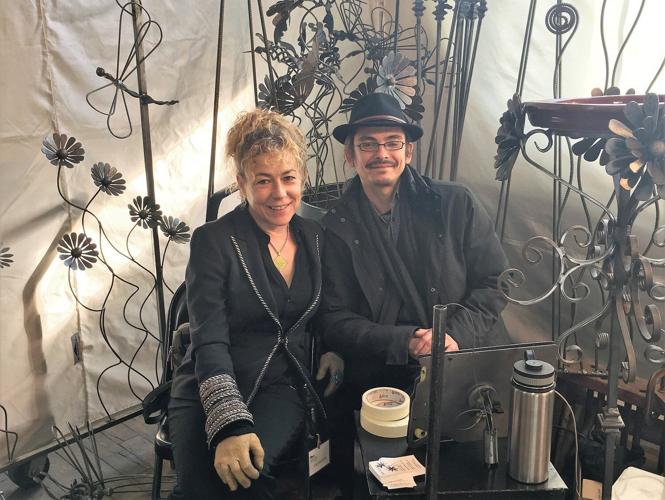 BRATTLEBORO — The 20th Anniversary of the Cotton Mill Open Studio and Holiday Sale will be celebrated Dec. 7 through 9. Rounding out the second decade, tenants of the mill open their doors for a look behind the scenes at some of the area's most thriving, inventive, local enterprises, shop, eat, and take in a show or two.

Showcasing the creative business housed in the mill, the event offers visitors a chance peek into jewelry making, fine arts, and photography studios; granola, gelato, and Chai production facilities; the nerve centers for publishing and word game companies; dance and fitness studios; and Vermont Jazz Center, to name a few.

In keeping with the mill's long history of artisan food production, the event highlights a sampling of local culinary bites as well from chocolatiers to cheese makers, crafters of fine chutney, jams, confections, pickles, French macarons, and spirits. And, of course, 100 percent pure maple syrup will be on offer.

Two decades ago, the event kicked-off grassroots-style when Randi Solin of Solin Glass opened her studio to interested high school students and sold seconds of her work. Joining in later, Marie Walker of Iron Arts and Natalie Blake Pottery opened their studios as well.

Eventually, the sale was opened to other businesses at the Cotton Mill — perhaps most strategically to New England Center for Circus Arts. "With the working glass and pottery studios, and the circus school open for demonstrations and sign ups, the crowds began to swell," according to Andy Burrows, Publisher and President of Pro Lingua Publishing, and participant in Cotton Mill Open Studio for 18 of the 20 years.

Several years later, when the event could sustain an event coordinator, organizers decided to open doors to artists and artisans from the local area, festively lining the halls with their wares during the event. While the expansion brought some growing pains, organizers felt that it was well worth it. "We all live in the community and felt that our fest at the Cotton Mill was helping make Brattleboro remain one of the best regional towns for the holidays," said Burrows.

Several vendors participating in the event this year started their businesses at the Cotton Mill, and eventually outgrew the space. While their digs got bigger, these folks chose to stay local. Among returning Cotton Mill alumni are Side Hill Farms, Big Picture Farm, and Saxtons River Distillery.

"We love being part of such a supportive community and are eager to come back year after year even though we no longer produce our products at the mill," said Louisa Conrad, owner of Big Picture Farm, maker of goat milk caramels and cheeses made from their herd of 40 adorable goats. "It is our favorite festival that we do all year. It is such a great spot to catch so many artisans and makers in one space."

Alongside the five-star holiday shopping, the 20th anniversary Open Studio will feature live performances from the renowned Vermont Jazz Center, NECCA, Sandglass Theater, John Hughes, Steve Procter and Teta Hilsdon, Aura Shards, and Helen Hummel. There will also be a soul line dancing class with Rachael Shaw, Glasstastic children's activity sponsored by Brattleboro Museum & Art Center, as well as other interactive creative activities. Uber-popular Vermont Gelato, Tito's Tacos, and Vermont Crepes will be on hand to prop folks up for all the fun.

In addition, a new partnership this year with Downtown Brattleboro Alliance hopes to take the event to a new level and drive folks to experience downtown Brattleboro. The team-up will provide for a free shuttle that will take event attendees from complimentary parking at Brattleboro Union High School and the Cotton Mill, to stops in downtown Brattleboro's core shopping and dining district. Courtesy of DBA, a "Brattlebassador" will be on board the shuttle to point out areas of interest in Brattleboro and answer questions.

"Downtown Brattleboro is excited to support the great work of Cotton Mill Arts during this holiday weekend," said DBA Executive Director Stephanie Bonin. "Bravo for bringing thousands of people into the community for this event. We want to make it a no-brainer that they visit they great downtown shops and restaurants, too."