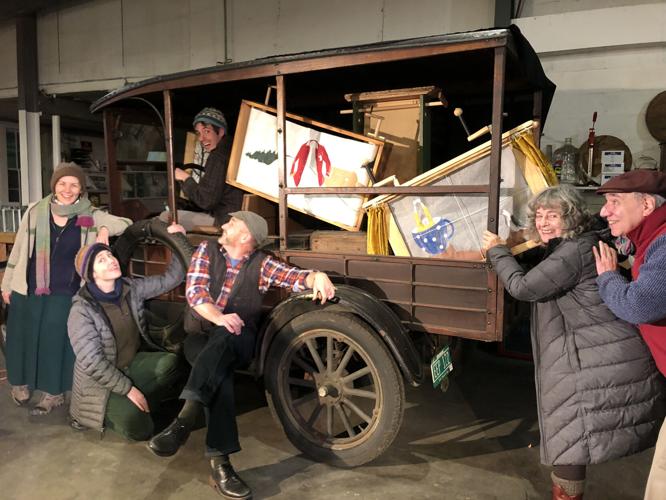 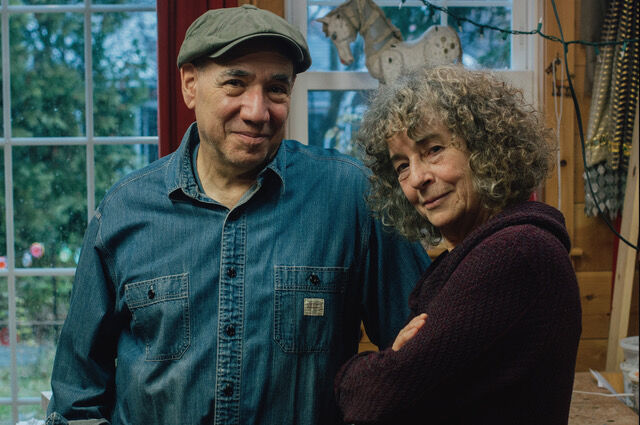 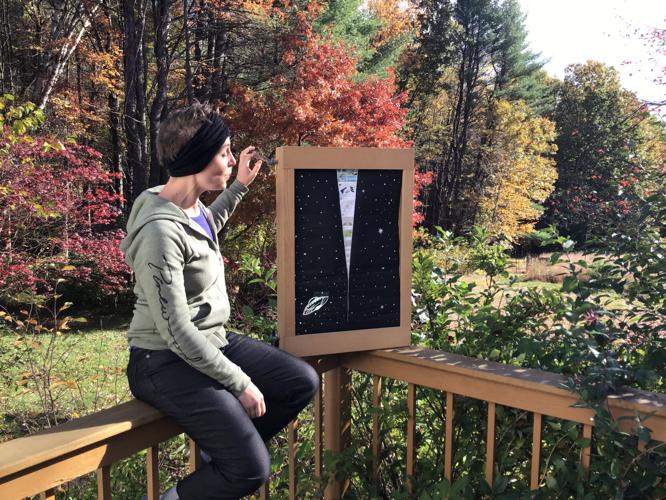 This year’s crankie artists include annual favorites Eric Bass and Ines Zeller Bass, Anna Patton, and Brendan Taaffe. Donald Saaf will be rejoining the crew with something brand new. And, for the first time, Mary Fraser will bring one of her beautiful crankies to the event.

The term “Crankie” is often credited to Peter Schumann, founder of Bread and Puppet, but the form goes back centuries. In Europe, in the Middle Ages, street singers often delivered ballads of murderous deeds with large panels that illustrated German Moritat, or morality songs (think of Mack the Knife, from the Kurt Weill/Bertolt Brecht musical, “Threepenny Opera”). The crankie’s long illustrated scroll, wound onto two spools, also became a means of presenting travelogues and scientific panoramas in salons and meetings during the 19th century. They were then called “moving panoramas.”

The term “crankie” refers to the way that the spool handles are cranked, to move the panorama forward. Today, crankies are strongly associated with Appalachian music and tradition.

Heating will run before and between shows; the temperature in the building should be somewhere between outdoors and cozy. Bring layers. Coffee and baked snacks will be available by donation.

Masking is encouraged, but not required.

The 43rd Annual Putney Craft Tour, the oldest continuing crafts tour in the country, will be held during the long Thanksgiving weekend, Friday, Saturday and Sunday. The Putney Craft Tour, Next Stage Arts Project and Sandglass Theatre have joined forces to promote a “Thanksgiving Weekend of Arts.” Next Stage will offer an exhibition and Sandglass Theater will present, “A Rafter of Crankies,” with performances taking place throughout the weekend at the big hall of Green Mountain Orchard.

Visitors to the craft tour may start at Putney Mountain Winery, 8 Bellows Falls Road, for a preview exhibition of the artisans’ works and to pick up maps and brochures. The organizations will promote the weekend through social media, publicity and digital marketing.

More information about Green Mountain Orchards and its many community events can be found at greenmountainorchards.com.

Tickets for A Rafter of Crankies are $16 for general admission and $14 for students and seniors. For more information, visit sandglasstheater.org/shows/current/crankies. Tickets are available for purchase at app.arts-people.com/index.php?show=147835.