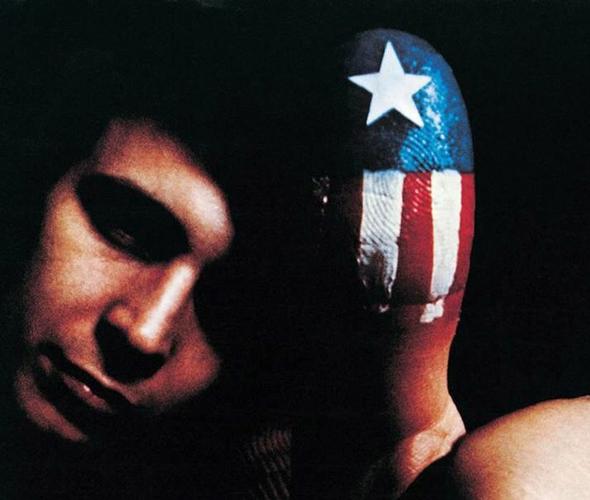 Don McLean is celebrating the 50th anniversary of "American Pie" reaching No. 1 on Billboard's chart with a world tour that will bring him to the Latchis Theatre in Brattleboro on Saturday night. 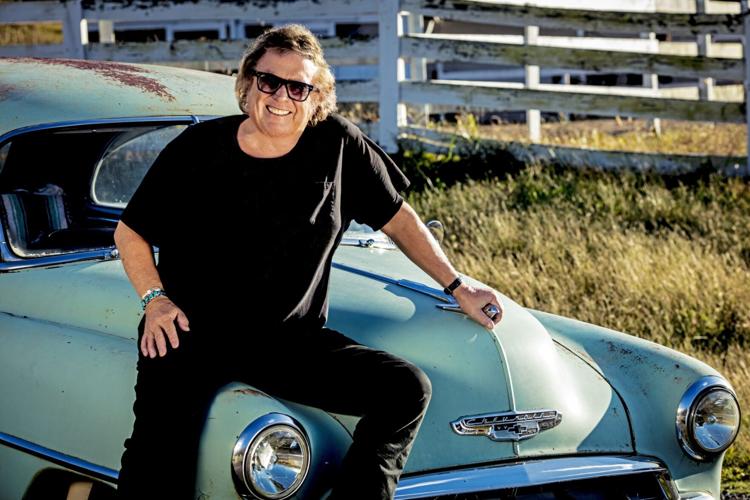 In an interview with Vermont News & Media, Don McLean said "American Pie" is about a country that has lost its innocence and is “moving in the wrong direction” (“Drove my Chevy to the levee, but the levee was dry”). He said those lyrics are still relevant today. 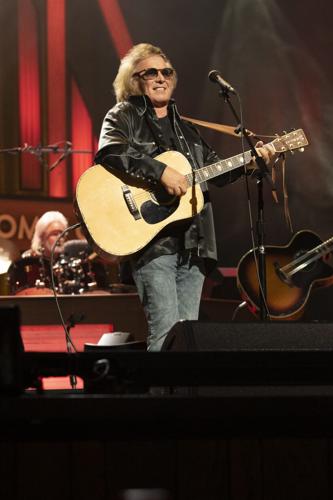 Don McLean knows that his audience expects to hear “American Pie” at every concert. Fortunately, he never tires of performing it.

Don McLean is celebrating the 50th anniversary of "American Pie" reaching No. 1 on Billboard's chart with a world tour that will bring him to the Latchis Theatre in Brattleboro on Saturday night.

In an interview with Vermont News & Media, Don McLean said "American Pie" is about a country that has lost its innocence and is “moving in the wrong direction” (“Drove my Chevy to the levee, but the levee was dry”). He said those lyrics are still relevant today.

Don McLean knows that his audience expects to hear “American Pie” at every concert. Fortunately, he never tires of performing it.

BRATTLEBORO — Don McLean has sold more than 50 million albums worldwide. He has played countless concerts all over the world, made numerous magazine covers, videos and national television appearances. His songs have been covered by the likes of Elvis Presley, Frank Sinatra, Garth Brooks and Madonna, among others.

But it’s one song in particular — the sprawling epic “American Pie” — that is most closely associated with McLean, who is celebrating the 50th anniversary of that song reaching No. 1 on Billboard’s chart with a world tour that will bring him to the Latchis Theatre on Saturday night.

And that’s OK with McLean, who is secure in the knowledge that he’s far from a “one-hit wonder.”

“I’m so proud of what it’s accomplished. I’m proud of it on many, many levels,” McLean said of “American Pie” in a phone interview with Vermont News & Media this week. “Fortunately, I have a lot of other things so my life does not become ‘Groundhog Day.’ But it’s wonderful, it really is. The song is fun, and it gives people so much pleasure. I enjoy being the guy who did that.”

McLean’s eight and a half-minute magnum opus — inspired partly by the deaths of Buddy Holly, Ritchie Valens and J.P. Richardson (The Big Bopper) in a plane crash in 1959 — tells the story of rock ‘n’ roll and a nation undergoing a major social and cultural shift.

It has been recognized as one of the top five songs of the 20th century by the Recording Industry Association of America — behind only “Over the Rainbow,” “White Christmas,” “This Land is Your Land” and “Respect” (“I love all of those songs,” McLean said with a laugh).

McLean knows that his audience expects to hear “American Pie” at every concert. Fortunately, he never tires of performing it.

“I mean, can you imagine The Rolling Stones not playing ‘Satisfaction’? People would be very unhappy if they didn’t hear that song. We have to play the songs that people love. Sinatra has to sing ‘My Way’ or ‘I’ve Got You Under My Skin.’ They want to hear it, and you can’t disappoint people when they’ve waited for so long, and they care so much.

“So it becomes a matter of using these songs as tools, really, to entertain people. But you can always present things in new ways, and it’s also surrounded by other songs that give it a whole fresh approach.”

McLean is a Grammy award honoree and prolific songwriter. His other fan favorites include “Vincent (Starry, Starry Night),” “And I Love You So,” “Crossroads” and “Castles in the Air.” His songs range in style from country to pop to folk to straight-ahead rock ‘n’ roll.

“I write a lot of different kinds of songs, with a great diversity of musical styles,” he said. “Fortunately for me, I have something like 40 albums out there. I have at least 25 that I’ve written most of the songs on, and then I do songs by other people, like ‘Crying’ (Roy Orbison) and ‘Since I Don’t Have You’ (The Skyliners, also covered by Guns N’ Roses) and ‘Mountains o’ Mourne’ (an old Irish folk song).”

McLean said his songs have “gained momentum” over the years and credits part of that success to the “quality of the lyrics, the quality of the music and the fact that people value these songs and hand them down to their children. It’s what makes a folk song, that folks pass them on.”

McLean also has an indirect connection to Brattleboro through his friend and early mentor, Pete Seeger. The late folk music legend often visited Brattleboro, where his great-grandparents once lived, and performed a benefit concert at the Latchis in 2008.

“Hardly a day goes by when I don’t think of Pete and how generous and supportive he was,” McLean said of Seeger. “If you could understand his politics and you got to know him, he really was some kind of modern day saint.”

So much has been written about “American Pie” and McLean’s intentions with that song. The lyrical references obviously include Buddy Holly and The Beatles, but there are other references — such as Elvis and Bob Dylan (“While the king was looking down, the jester stole his thorny crown”); Janis Joplin (“I met a girl who sang the blues”) and Mick Jagger (“Jack Flash sat on a candlestick”) — that are more subtle.

McLean said all will be revealed in a documentary about the song, “The Day the Music Died,” scheduled for release on July 1. “I will discuss intimately and in detail how the song was written,” he said. “I go over every single lyric in the song, talk about how I wrote it, where it came from. Some of it’s nonsense, some of it’s serious. I talk about it all.”

He has said the song is about a country that has lost its innocence and is “moving in the wrong direction” (“Drove my Chevy to the levee, but the levee was dry”). He said those lyrics are still relevant today.

“Back in 1963, when Kennedy was assassinated, we had about 160 million people, and in every single way that you could measure, America was No. 1. In 2022, because we have these ridiculous, politically correct ideas of equality of outcome for everybody — everybody has to get a prize — and we are dead last at everything, including literacy. Forget about whether you’re in favor of cancel culture or guns, the question is: ‘Can you read?’ That’s what’s happened to this country.”

All that aside, McLean will roll into Brattleboro on Saturday backed by a versatile, accomplished four-piece band that includes Nashville-based musicians Jerry Kroon on drums, Tony Migliore on piano, Vip Vipperman on guitar and Dave Francis on bass.

“It’s rock and roll, but it can also come down to quieter songs, so it’s got the full range of dynamics,” McLean said. “It’s a very tight rock and roll band. People can expect a fun show.”

Don McLean and his band will play the Latchis Theatre in Brattleboro on Saturday at 7:30 p.m. For tickets, visit latchis.ticketleap.com. McLean will also play The Egg Center for the Performing Arts in Albany, N.Y. on June 2. Tickets for that show can be purchased at https://www.theegg.org/event/don-mclean or through ticketmaster.com.