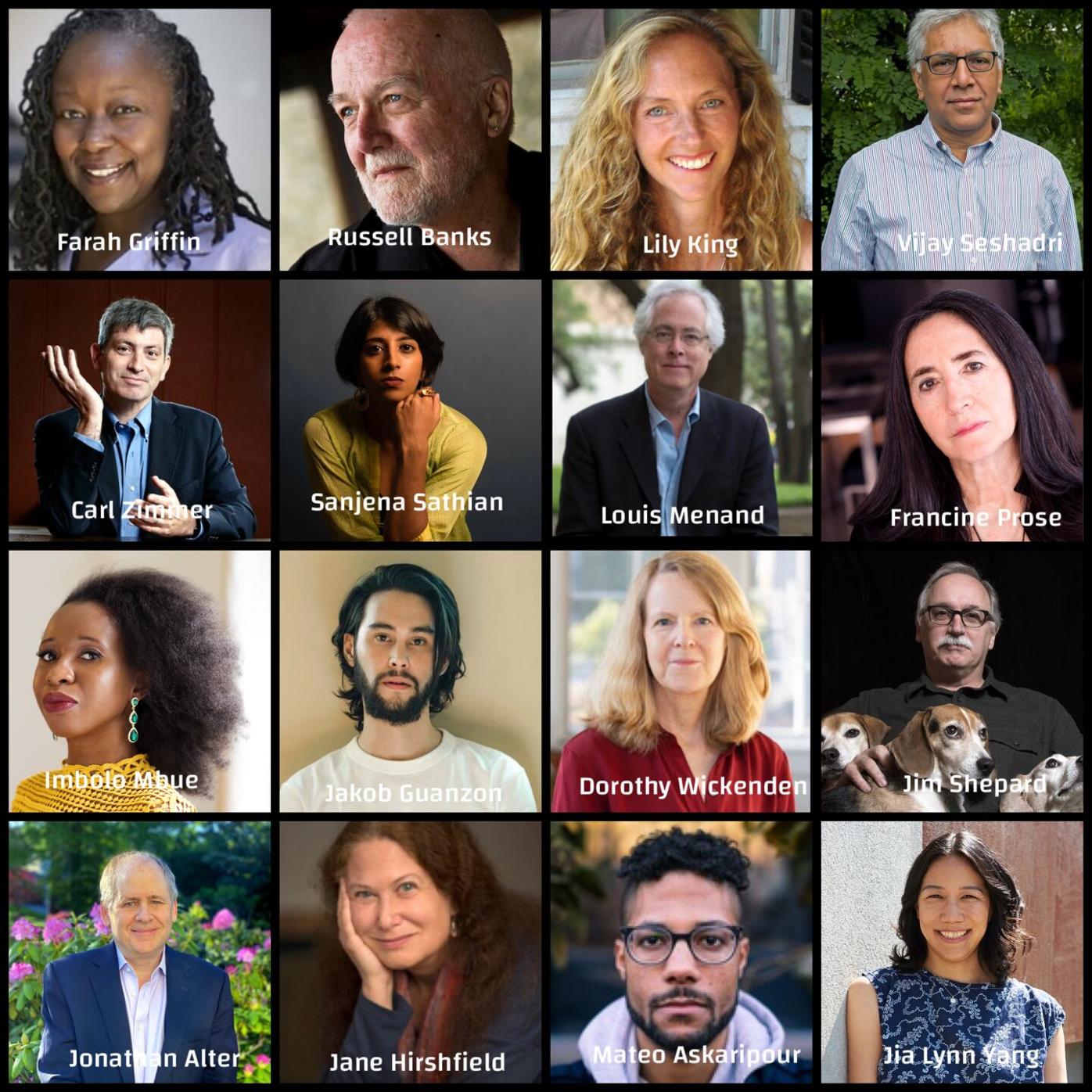 More than 60 authors will participate in the Brattleboro Literary Festival, held online today through Sunday. More information is available at brattleborolitfest.org. 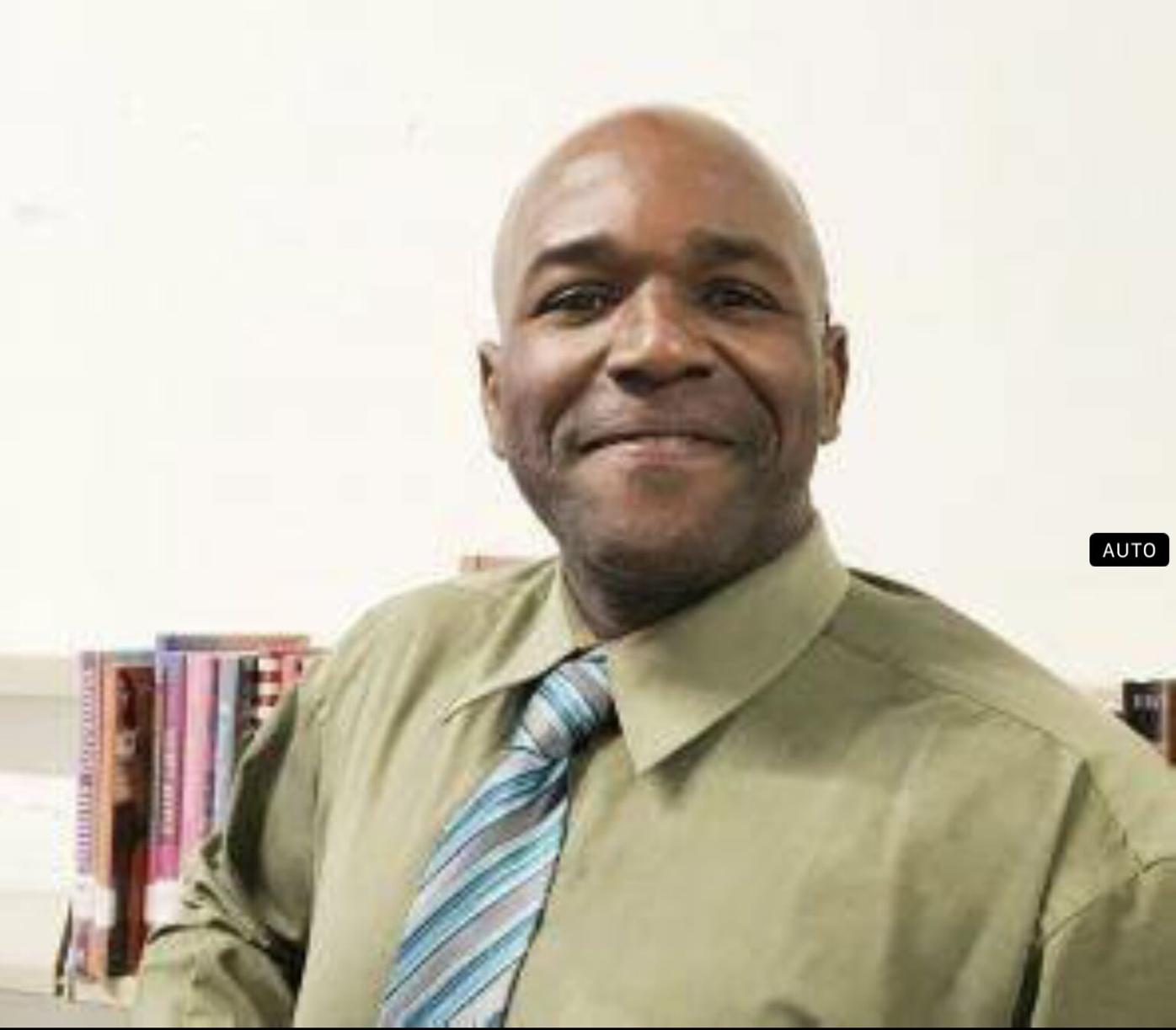 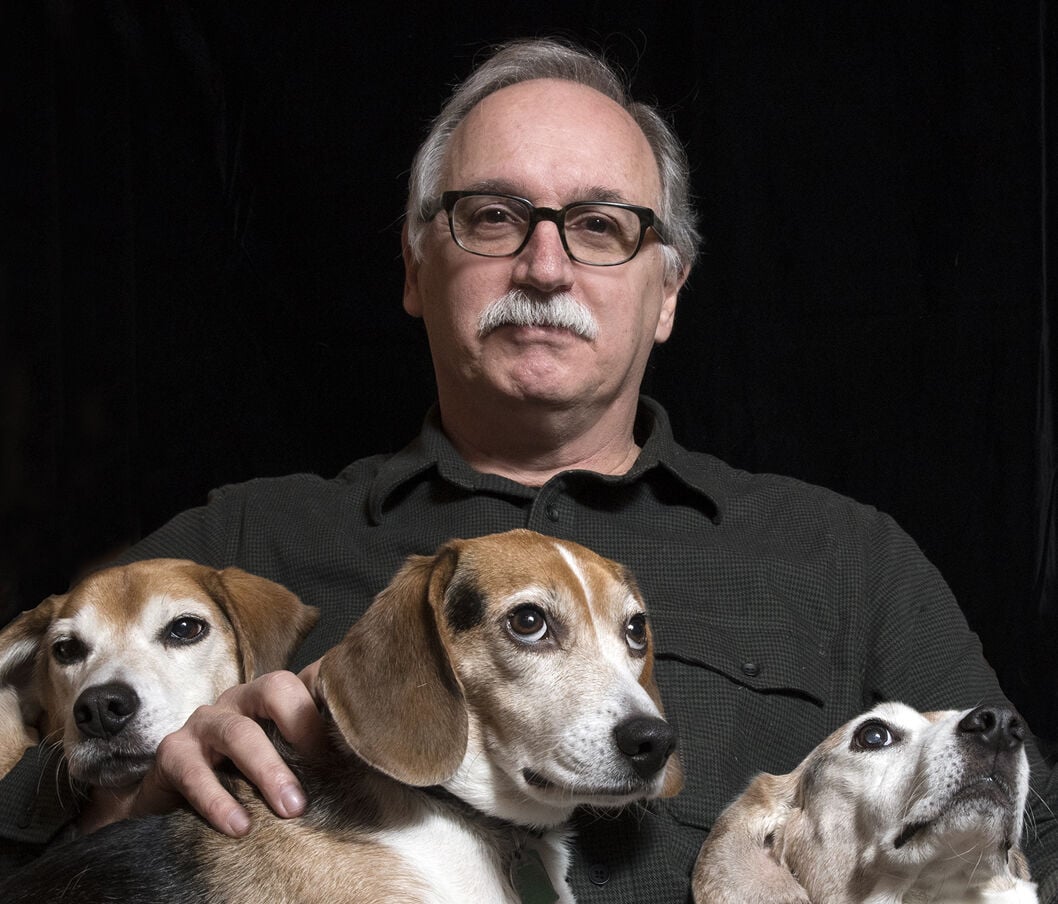 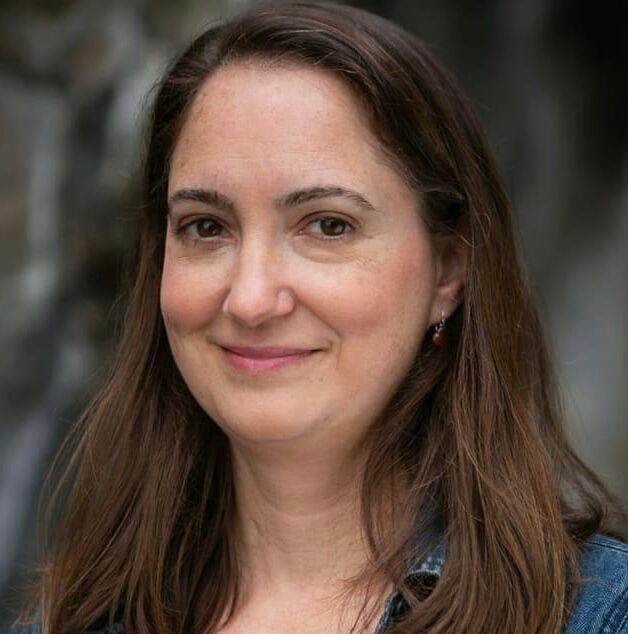 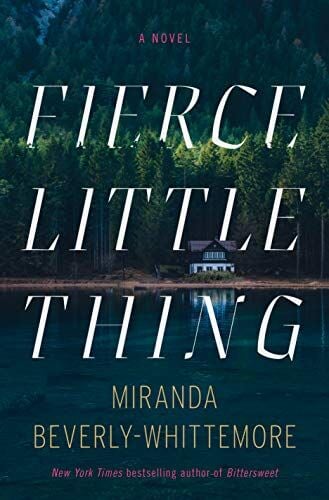 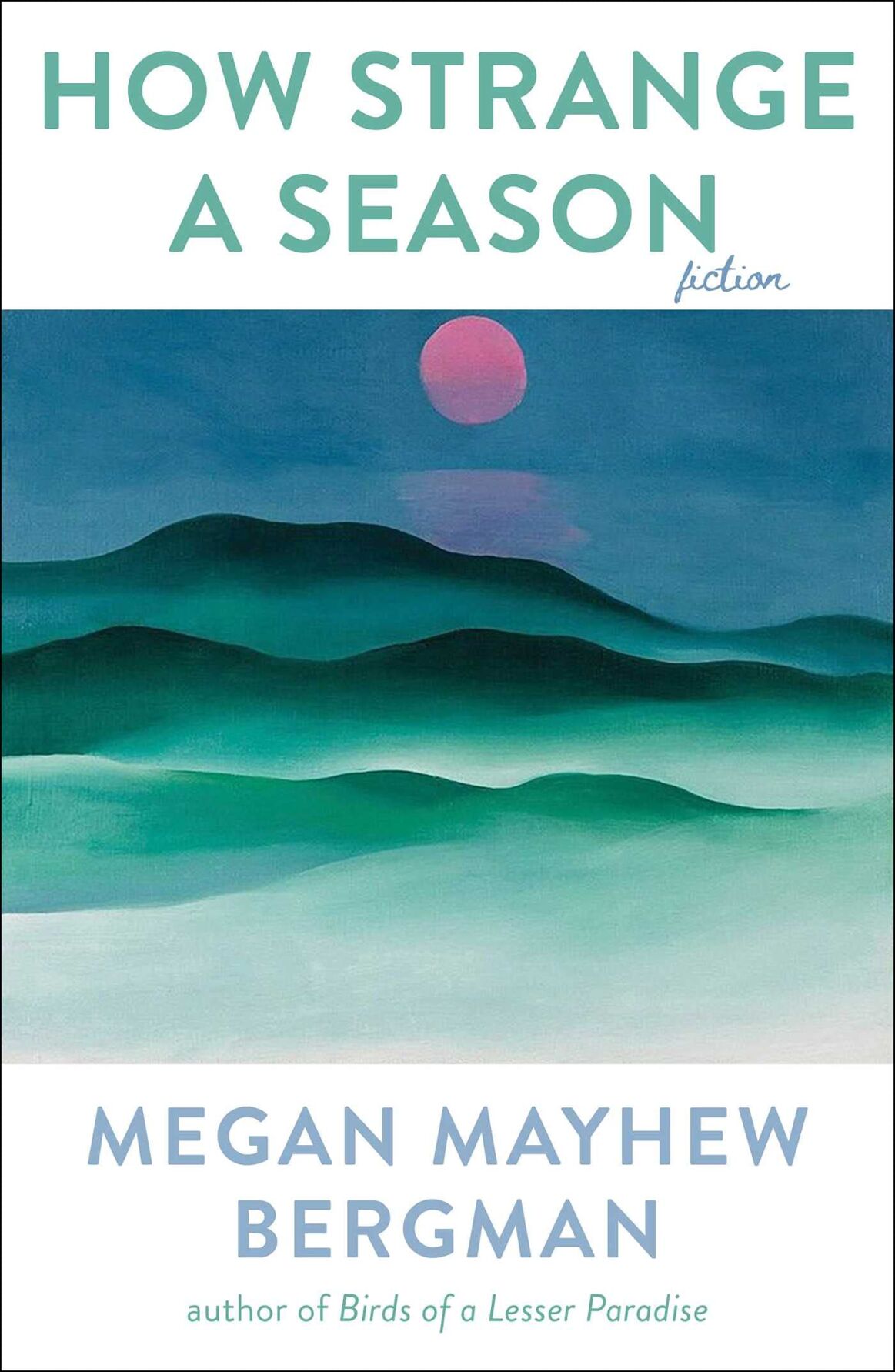 More than 60 authors will participate in the Brattleboro Literary Festival, held online today through Sunday. More information is available at brattleborolitfest.org.

BRATTLEBORO — The last time Miranda Beverly-Whittemore participated in the Brattleboro Literary Festival, to promote her 2014 novel “Bittersweet,” was during a challenging period in her life.

The weekend of the festival, she miscarried, and ended up spending her first day of the event in the hospital — rejoining her fellow writers that evening for an authors’ dinner.

“It was a completely surreal experience, that weekend, but as a result, really important to me,” Beverly-Whittemore recalled. What amazed her about the Brattleboro festival, she said, was its focus on giving authors a chance to build community.

“It was so exciting to be in a room with all these other writers, just talking to each other and hanging out,” she said. “That is such a rare experience, unless you happen to be at a book party in the publishing world.”

Beverly-Whittemore, of the Burlington area, is among more than 60 writers returning to or participating for the first time in the Brattleboro Literary Festival, now in its 20th year. Her most recent novel is “Fierce Little Thing,” which could be described as both a thriller and coming-of-age story, published in July.

Other participating authors include Jo Ann Beard, who wrote the groundbreaking essay collection, “The Boys of My Youth,” former Poet Laureate of Vermont Chard deNiord, and Shanta Lee Gander of Brattleboro, who was named a Diode Editions contest winner for her debut poetry compilation, “GHETTOCLAUSTROPHOBIA: Dreamin of Mama While Trying to Speak in Woke Tongues.”

Through a partnership with Simon & Schuster, Bob Woodward, who won a Pulitzer for his coverage of Watergate, will participate in a discussion with reporter Robert Costa about their new book, “Peril,” on the end of the Trump administration and the transition into the presidency of Joe Biden.

The festival, free to attend, begins today and runs through Sunday, with all events held online for the second year in a row due to restrictions related to the COVID-19 pandemic. Registration is online at brattleborolitfest.org. The festival kicks off tonight at 5 with a discussion on “Poetry, Identity, and Coming of Age,” followed by the discussion with Woodward and Costa at 7 p.m., with an hour in between the sessions.

A related special event, taking place after the festival concludes, is the dedication of a historical marker to Lucy Terry Prince, considered the nation’s first African American poet, and her husband Abijah Prince. The husband and wife were early Black Vermont landowners and advocates for civil rights. On Tuesday at 11 a.m., a drummer and speakers will celebrate the placement of the historical marker in the parking lot of the Guilford Welcome Center.

Beverly-Whittemore will be in conversation with Francine Prose, author of 21 works of fiction, at 11:30 a.m. Saturday.

“What I love about conversations like that is, you end up going to all sorts of places you hadn’t mapped out, especially when you get to talk to someone as amazing as Francine,” Beverly-Whittemore said. “I’m always interested, when I talk to a fellow writer, to ask her about her process. … Very rarely does a writer say, ‘oh, it’s magic.’ Almost always, even if it sounds to your ears like it is magical, their experience is incredibly practical.”

Festival director Sandy Rouse said this year’s event focuses less on specific topics or politics than in recent years, and more on the writing life.

“We’re really focusing on culture and writing, and sort of more the humanity side of the event, which is kind of how it started,” Rouse said.

She reminisces about festivals past, with memorable scenes, such as the time the power went out during a reading, and the author, Grace Paley, led everyone up to the street to a church that had power. Another year, it rained several inches over the weekend, and a famous author did not bring an umbrella. “I said, ‘You’re gonna drown,’” Rouse recalled. A couple of years ago, a writer brought his children, and between sessions, could be found with them on the front lawn of one of the venues, kicking a soccer ball.

“It was just fun to watch that,” Rouse said. “Authors relaxing in Vermont.”

Megan Mayhew Bergman, a Shaftsbury resident and author of “Almost Famous Women,” “Birds of a Lesser Paradise,” and “Nightingale Lane” and columnist for The Guardian, will be in conversation with historian Jonathan Alter, most recently author of “His Very Best: Jimmy Carter, A Life,” at 12:45 p.m. Saturday.

“Jonathan wrote an incredible book on Carter,” Mayhew Bergman said. “Not only is it informative and well researched, but it is just a killer read.”

She said she expects her conversation with Alter to mostly draw on her non-fiction work, but notes that her fiction and non-fiction inspirations overlap.

“Most of my work in some way circles the South and the environment,” she said. “Those things will inevitably come into the conversation on Carter.”

Her forthcoming book is a collection of fiction, “How Strange a Season,” in which she said she explores connection to place, as a concept.

She grew up in the South, and started out idolizing Southern writers and Southern short fiction tradition.

“As I aged into awareness, I felt drawn to the natural world, and that’s really what moves me and moves my imagination,” she said. “I think good narrative is often based on tension, and there’s so much of that between humans in the natural world.”

In a review of “How Strange a Season,” author Amy Hempel used the word “disquieting.”

“I wanted those stories to have climate change in the background, not in the foreground as an obvious, insistent tactic, but in the background as something that is really pressuring the place and the characters,” Mayhew Bergman said. “I hope that comes through in the stories.”

Jason Broughton, director of the National Library Service for the Blind and Print Disabled, will moderate a panel called “Why Black Books Matter” on Sunday at 5:45 p.m. The panel will consist of writers Glory Edim, W. Ralph Eubanks, and Farah Jasmine Griffin.

He said he hopes the discussion inspires readers to pick up books they may have assumed were not written for them, and looks forward to learning how books have changed lives and expanded viewpoints.

“We hope that will be quite informative, and also let people think a little differently,” Broughton said.

Broughton used to live in Barre, and now resides in Washington, D.C.

Jim Shepard of Williamstown, Mass., will be talking about his new novel, “Phase Six,” which came out in May and is about a pandemic.

“It was actually delivered right as the pandemic broke in March of 2020,” he said.

Some readers find the book “eerily prophetic” and others aren’t ready to read about a pandemic, Shepard said. He suggested it might have sold better if it had been sitting on the shelves when COVID-19 hit.

Shepard has participated in the festival a few times before but this time will be different because it’s virtual so he won’t get to see old friends or connect with new people in person or go out for drinks afterwards. He said he likes to visit Brattleboro every once in a while.

He’s currently at work on a story based on the Great Labor Day Hurricane of 1935 in the Florida Keys. He teaches at Williams College. Shepard’s conversation, with author Anna North, is at 5:15 p.m. Sunday.

This year will be the first time Clare Morgana Gillis of Brattleboro, a journalist and professor of global history at Landmark College in Putney who is chairwoman of the Windham World Affairs Council, is participating in the festival. She will be interviewing author Imbolo Mbue about her second novel, “How Beautiful We Were,” which is about people living in fear amid environmental degradation wrought by an American oil company in a fictional African village. This event is at 4 p.m. Sunday.

Gillis said the council reached out to festival organizers, looking for a panel or authors that might have a global focus. She called Mbue’s books “a really good fit.”

The council is seeking to build local partnerships, Gillis said.

“There’s such an impressive lineup of authors at the literary festival,” she said. “It seems like a good idea to work together, especially in this time now. There’s such a hunger to do things. People want to do things. People want to participate in events. It can be useful to not have too much overall with events happening at one time but collaborating to make each individual richer in different ways.”

Gillis said the festival is “a good example of Brattleboro doing an incredible amount of really valuable cultural work and providing a conversation for the community.”

“I’m pleased to be part of it,” she said, anticipating a high turnout at the festival.

Each year, Write Action partners with the Brattleboro Literary Festival, to liaison with the local writing community and organize events that …