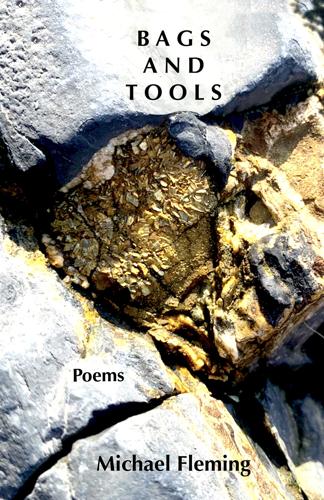 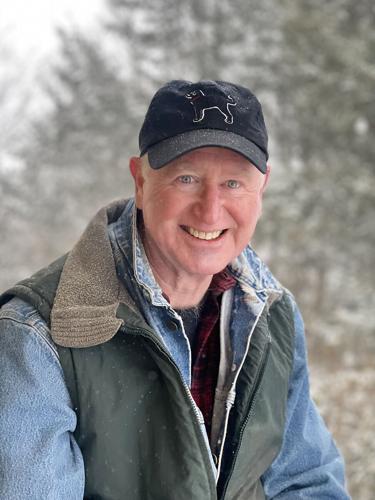 Michael Fleming is the winner of the latest Sundog Poetry Book Award.

Michael Fleming is the winner of the latest Sundog Poetry Book Award.

BRATTLEBORO — Before Michael Fleming, winner of the latest Sundog Poetry Book Award, left the room at the end of our recent conversation, he noted that I didn’t ask about Wyoming, the state where he spent the first 18 years of his life.

“My heart is there. That is where I first learned anything about poetry,” he said.

His home state isn’t specifically mentioned in the poems in “Bags and Tools,” the collection that won him the annual award from the Sundog Poetry Center. But he credits his English teachers there with helping him find his love of words, and the vastness of the landscape with shaping his sensibility. In Wyoming, he said, being the least populous state (Vermont is the second), you can be 50 miles from the nearest person.

“Poets are really voices in the wilderness, and Wyoming has a lot of wilderness.”

The Sundog Poetry Center, in Johnson, recently named Fleming, of Brattleboro, winner of the 2021 Sundog Poetry Book Award for the manuscript that became “Bags and Tools,” chosen by poet Vievee Francis. The book of poetry, Fleming’s first, is being published in collaboration with Green Writers Press in Brattleboro.

At 7 p.m. Friday, in honor of National Poetry Month, there will be a book launch at Next Stage Arts, 15 Kimball Hill, in Putney. Fleming will read from his new book, which will be available for purchase at the event.

Frances Cannon, managing director of Sundog Poetry Center, said Fleming’s poems reflect a broad array of researched subjects, from archaeology to outer space. A notes section in the back of the book names some of Fleming’s sources.

She likened the book to a collection of myths or fables that can be interpreted any which way.

“Every time I read the book, I come up with a new interpretation, which I think is a really pleasant reading experience for anyone who might pick up the book. There’s always a new layer,” she said.

Fleming, 64, lives in town with his partner, psychologist and author Martha Straus (the dedication of his book reads, “for Marti”), and some cats. A longtime writer and editor, he has also been a teacher, a grad student and a carpenter. He has edited literary anthologies for W.W. Norton and several books of fiction, nonfiction, prose and poetry.

Born in San Francisco, his family moved to Casper, Wyo., when he was a baby. He attended Princeton University, and his first job after college was working in refugee camps in Thailand. He completed his graduate work at Oxford University, and has since lived and worked in Swaziland, California, New York City, New Hampshire, and for the last 14 years, in Brattleboro.

All of these places informed the poems of “Bags and Tools” in one way or another, Fleming said, beginning with the poem from which the title is drawn. The poem “Bags and Tools” is the only one in the book written decades before the others and was inspired by a Zen story. While living in Thailand, Fleming became immersed in Buddhism, which led him to learn about the Zen tradition.

Of the places he has traveled, he called the Thailand experience the most formative.

“That’s what really radically changed my sense of myself and my sense of the world,” he said. “And I really began writing poems there.”

At that time, his exposure to poetry had been mostly through academics. His bachelor’s degree was in English, and he won a Rhodes scholarship that allowed him to study medieval English at the New College at Oxford.

It wasn’t until he met and married a New York City poet that he was immersed in the world of living poetry and readings.

“That was a real eye-opener when I lived in New York,” he said.

Then, when he moved to Brattleboro, he joined the writing group started by author Suzanne Kingsbury, where many of the poems in “Bags and Tools” would be written. He wrote prose for the first few weeks of attending the group, then moved to poetry, which better allowed him to finish something within the hour timeframe.

“After years of working on a novel — seems never to be finished — it was so great to complete things,” he said. “I really love the chance to use poetry as a storytelling medium.”

Among the longest poems in the book is “Corona,” describing line by line how the pandemic changed our world, with observations like “In the beginning it was just a word … one more thing to think about.” Things begin to turn when “It began to cover the sun,” a metaphor inspired by a 2017 solar eclipse Fleming watched from his hometown of Casper.

“It’s a life-changing thing to see a total eclipse of the sun,” he said.

The poem is divided into seven sections, which is no accident — a group of seven sonnets is called a “crown of sonnets,” and “corona” means “crown” in Latin.

When asked how his lines come to him, he said many come under the pressure of writing in a timed, group setting.

“We know that at the end of the hour, we’re going to take turns reading, and that concentrates the mind,” he said. The rest of the time, he keeps with him a notebook and pen to jot down ideas.

After Fleming’s manuscript was named winner of the contest, meaning it would be turned into a book, Cannon, the managing director of the poetry center, got on board as illustrator.

Among the poems she said most inspired her drawing was “Otzi,” about Europe’s oldest-known natural mummy, found in 1991 with an array of Stone Age weapons and tools. She said Fleming’s poem prompted some of her own research into visual representations of the mummy’s tools.

“He embodies a lot of different voices,” she said of Fleming’s writing. The characters, she said, are both fictional and autobiographical, and each has their own “tools,” both practical and metaphorical.

“It provided a lot of visual fodder for me,” she said.

Cannon, of Burlington, also took the cover photo for the book. She had been on a walk along the waterfront in Charlotte with her dog and her partner when she looked down in the rock and found what appeared to be pyrite, also known as fool’s gold.

“Part of the reason why I shared that with Michael as a potential cover is, I feel like this book is both very accessible on the surface level — it feels really humble and conversational and accessible — but then it has this timeless, ancient depth,” she said.

Friday’s reading will be the first time Fleming meets Cannon and others from Sundog Poetry Center in person. He looks forward to reading his work aloud.

“I think of these as scripts. This isn’t a poem. It’s the script of a poem. The poem is when it’s a sound in the air, and somebody is listening to that sound,” he said. “And so a reading is what makes the poems real.”