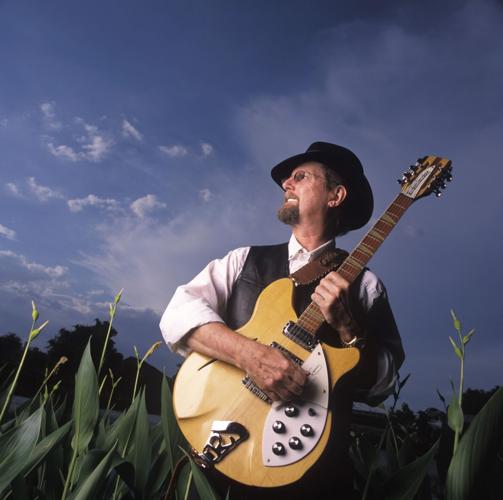 Roger McGuinn, founder and frontman of legendary folk-rock band the Byrds, will play a solo show on Sept. 17 at the Latchis Theatre in Brattleboro. 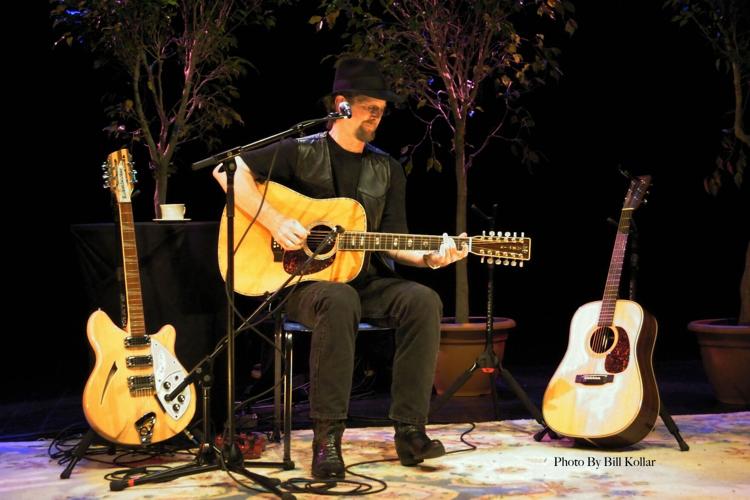 Roger McGuinn's solo show is an autobiographical musical journey of songs and stories from his 60-year Rock and Roll Hall of Fame career. 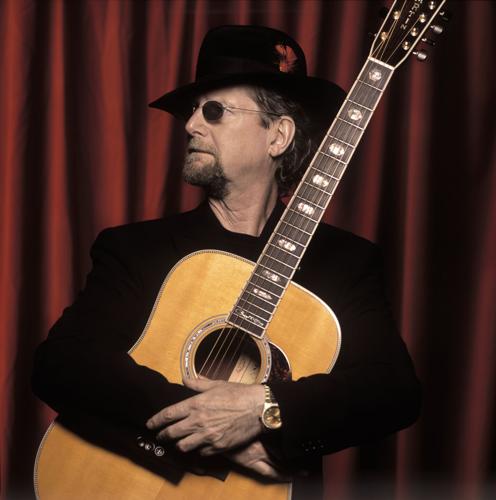 Roger McGuinn, founder and frontman of legendary folk-rock band the Byrds, will play a solo show on Sept. 17 at the Latchis Theatre in Brattleboro.

Roger McGuinn's solo show is an autobiographical musical journey of songs and stories from his 60-year Rock and Roll Hall of Fame career.

BRATTLEBORO — There’s something very appropriate about legendary singer, songwriter and guitarist Roger McGuinn, founder and frontman of the Byrds, performing at the historic Latchis Theatre on Sept. 17.

He’s not quite as old as the Latchis — McGuinn turned 80 in July; the Latchis will turn 84 later this month — but he feels a certain kinship with Brattleboro’s downtown art deco gem.

“I love old theaters,” McGuinn said in a phone interview this week. “I always think, when I get to an old theater that’s been restored, I go, ‘Aw, I bet George Burns and Jack Benny played here.’”

Well, maybe not. But McGuinn does have a connection with a fellow folk icon who once played the Latchis: Pete Seeger. McGuinn and the Byrds scored a No. 1 hit with the Seeger-penned “Turn! Turn! Turn!” in 1965.

“He was an idol, he was also a friend,” McGuinn said of Seeger, whose great-grandparents once lived in Brattleboro and who gave a benefit concert at the Latchis in 2008. “I got to know him, and we worked together a few times. He was a wonderful man. I loved him. I loved his music. I used to go to his shows at the Orchestra Hall when I was growing up in Chicago.

“I remember seeing him right after he left the Weavers, and he had just gone solo and was going to do a one-man show, and I was a little bit skeptical, like, ‘He’s just one guy. How is he going to pull this off?’ But he got there and used three-part harmonies, he played all these different instruments. And I said, ‘Man, that’s what I want to do when I grow up.’”

So here we are, six decades later, and a fully grown McGuinn is playing a solo show, a musical journey of songs and stories from his Rock and Roll Hall of Fame career. He’ll likely play Byrds classics such as “Eight Miles High” and “So You Want to be a Rock N’ Roll Star,” as well as cover songs very much associated with the Byrds, such as Bob Dylan’s “Mr. Tambourine Man” and “My Back Pages,” and the Carole King-penned classic “Goin’ Back.” But he’ll also dig down to his musical roots as a sideman in the early 1960s for the Limelighters, the Chad Mitchell Trio, Judy Collins and Bobby Darin.

“I was on the outside of folk music as an accompanist ... and I wanted to be real folk singer like Pete Seeger. I never quite got to do that, but nowadays what I’m doing is even more fulfilling, because I’m like an actor doing a one-man show. It’s kind of like the life of Will Rogers, but it’s about my life.”

McGuinn, known as Jim McGuinn early in his career, said the “autobiographical” performance is just him and four instruments: his signature Rickenbacker electric 12-string, seven-string and 12-string acoustic guitars, and a five-string banjo. It opens with stories from his childhood — buying his first transistor radio, hearing his first Elvis Presley record — and continues through his time as a studio musician in New York, onward to Los Angeles in the mid-1960s when he got the Byrds together and later touring with Dylan on the Rolling Thunder Revue.

“I’m happy with the way it’s all turned out,” he said. “In 1964, I heard the Beatles using an electric 12-string by Rickenbacker. George Harrison played it. So I traded in my acoustic 12-string that Bobby Darin had given me, and I bought my first Rickenbacker 12-string. I just loved it, it had such a great sound. The reason my playing on it is different from anyone else’s is because I use a five-string banjo style of arpeggios, and then I overdub the lead part.”

McGuinn and his bandmates in the Byrds — Roger Clark, David Crosby, Michael Clarke and Chris Hillman — are credited with launching the folk-rock genre, fusing the folk music exemplified by Dylan with the pop music of the Beatles into a new, signature style. McGuinn, Hillman and Gram Parsons then joined to create the critically acclaimed “Sweetheart of the Rodeo” album in 1968, pioneering the country-rock genre.

The Byrds experienced a whirlwind ride in the ‘60s, topping the charts and performing overseas before the original quintet splintered. They were practically synonymous with Laurel Canyon’s folk-rock scene, thanks in large part to McGuinn’s unmistakable “jangle” guitar style.

The Byrds influenced a wide range of musicians, including Tom Petty, Elvis Costello, R.E.M., Wilco and Lou Reed. The Beatles, whom McGuinn credits with turning him on to the Rickenbacker, later returned the favor, incorporating elements of the Byrds’ sound on “Rubber Soul” and subsequent albums. McGuinn said it’s fulfilling to have his music appreciated and played by contemporary artists, many of whom he’s collaborated with over the years. He also pays tribute to the late Petty in his live show.

McGuinn is now working on a new project that started over 50 years ago, when he began collaborating with lyricist Jacques Levy on a musical based on Henrik Ibsen’s “Peer Gynt.” He also has used the internet to continue the folk music tradition by recording a different folk song each month on his Folk Den site.

McGuinn once testified before a Senate Judiciary Committee about the insufficient royalties that artists receive from internet downloading, but he now sees the benefit of streaming services like Spotify in terms of exposure and advertising. He’s also watched as contemporaries Dylan, Paul McCartney and old bandmate Crosby have sold their music in multimillion-dollar publishing deals.

“It’s a good thing for them. They’re not going to live long enough to collect all the royalties, so you might as well collect it now,” he said. “Crosby was complaining that he was running out of money, and he was going to lose his house, and nobody wanted to tour with him anymore, and he sold his publishing (rights), and now he’s very happy and quiet.”

McGuinn toured with Hillman in celebration of the 50th anniversary of “Sweetheart of the Rodeo” four years ago. But he said he no longer communicates with Crosby, so any chances of a full Byrds reunion are slim at best.

“I think Paul McCartney said it best. When all of the Beatles were still alive, they asked him about a Beatles reunion, and his comment was, ‘You can’t reheat a souffle.’ You can’t go back,” McGuinn said. “You can’t find exactly what happened back then again. It was a one-time occurrence.”

McGuinn said he’s happy to still perform his Byrds hits. And he said he still gets the same “butterflies” before a show that he got when he played the coffeehouses in Chicago in the late ‘50s. He feels that a bit of stage fright is good for the performance.

“I think it’s an edge you need to have,” he said. “If you lose that edge, you might as well be playing a Holiday Inn or something.”

Roger McGuinn will perform at the Latchis Theatre on Sept. 17 at 7 p.m. For tickets, visit app.arts-people.com/index.php?ticketing=larts.

TOWNSHEND — In the summer of 1989, Deane Wilson was working at Rick’s Tavern in Newfane, and he kept hearing people talking about “fish” and t…