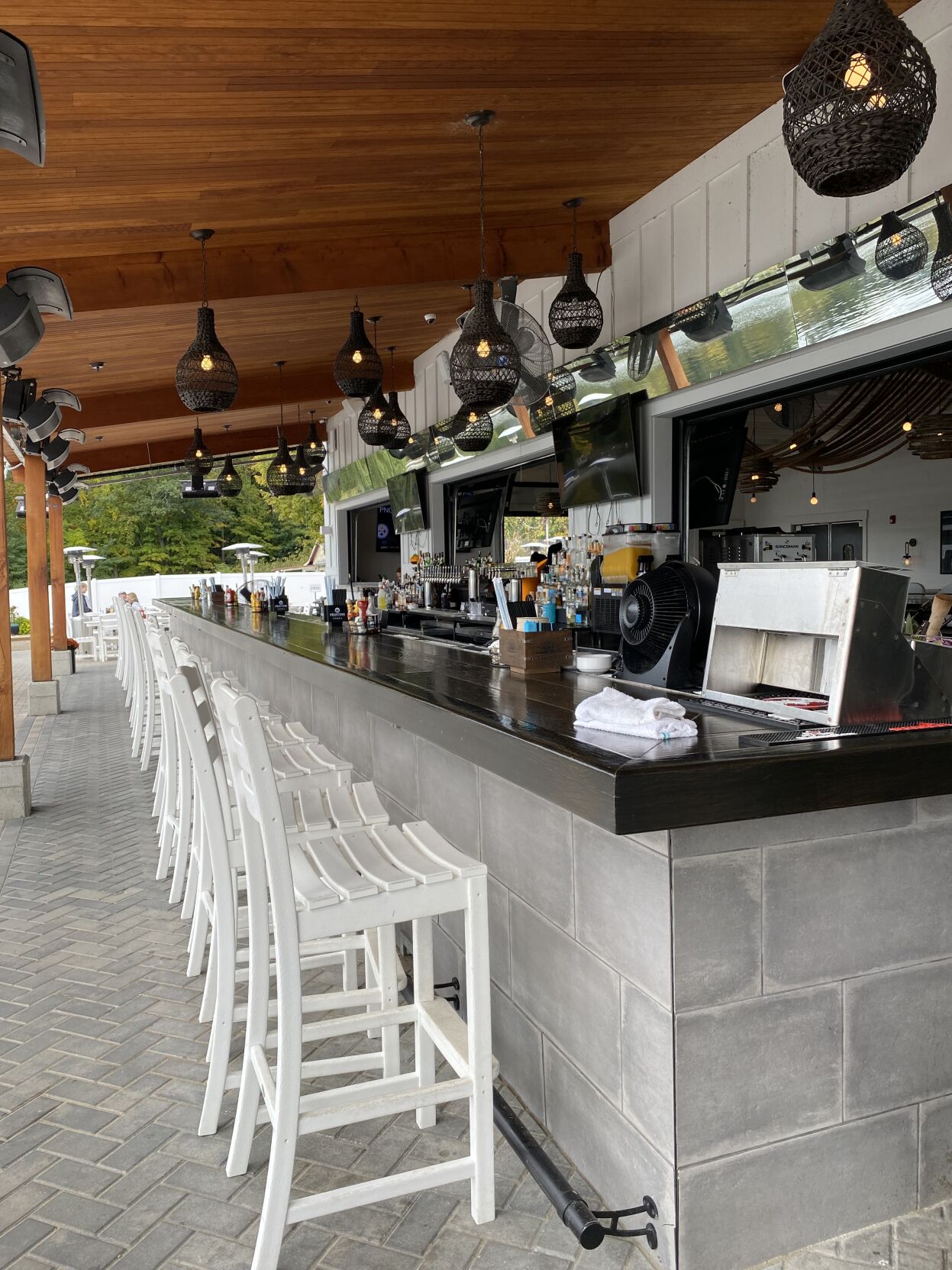 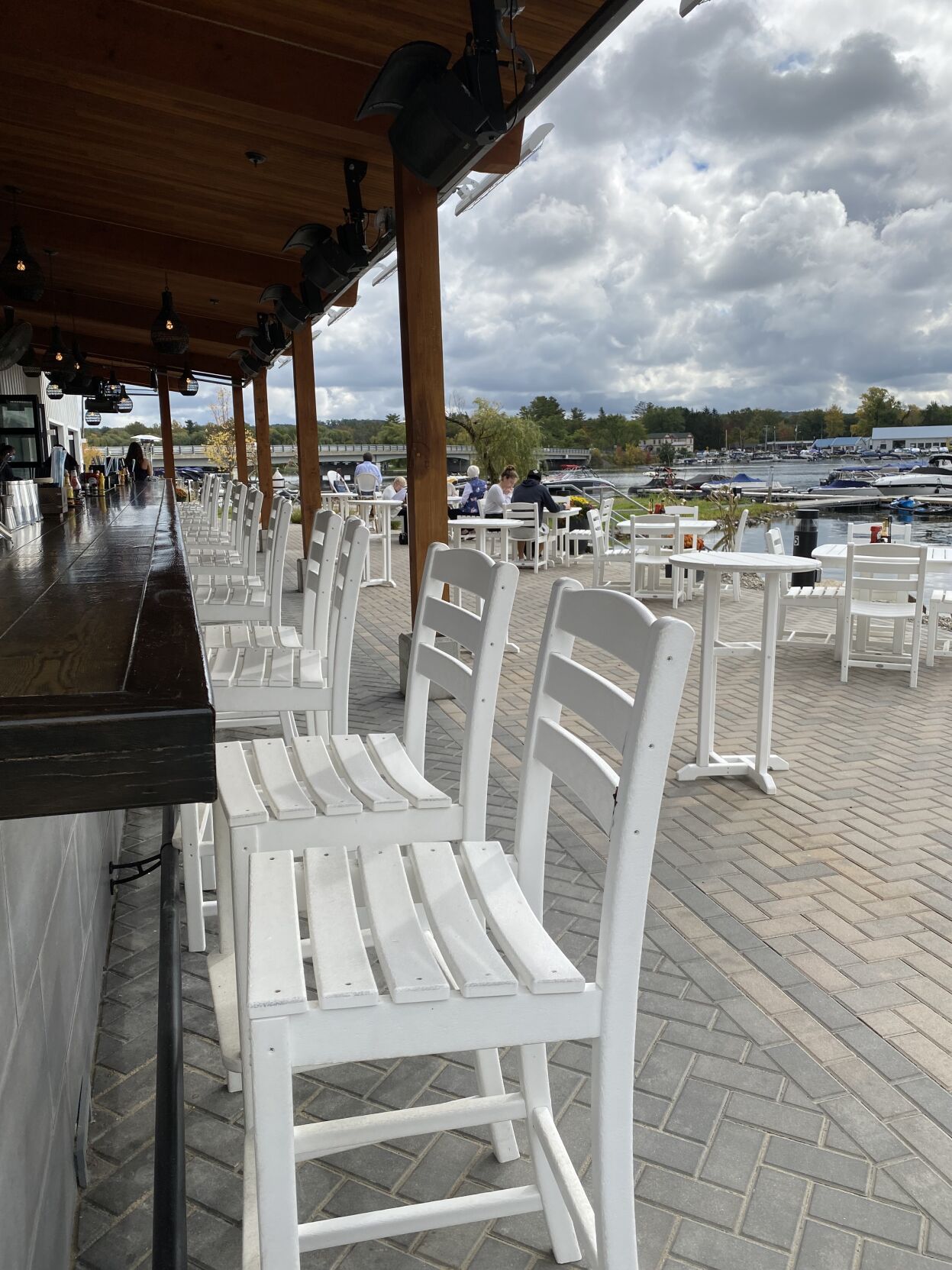 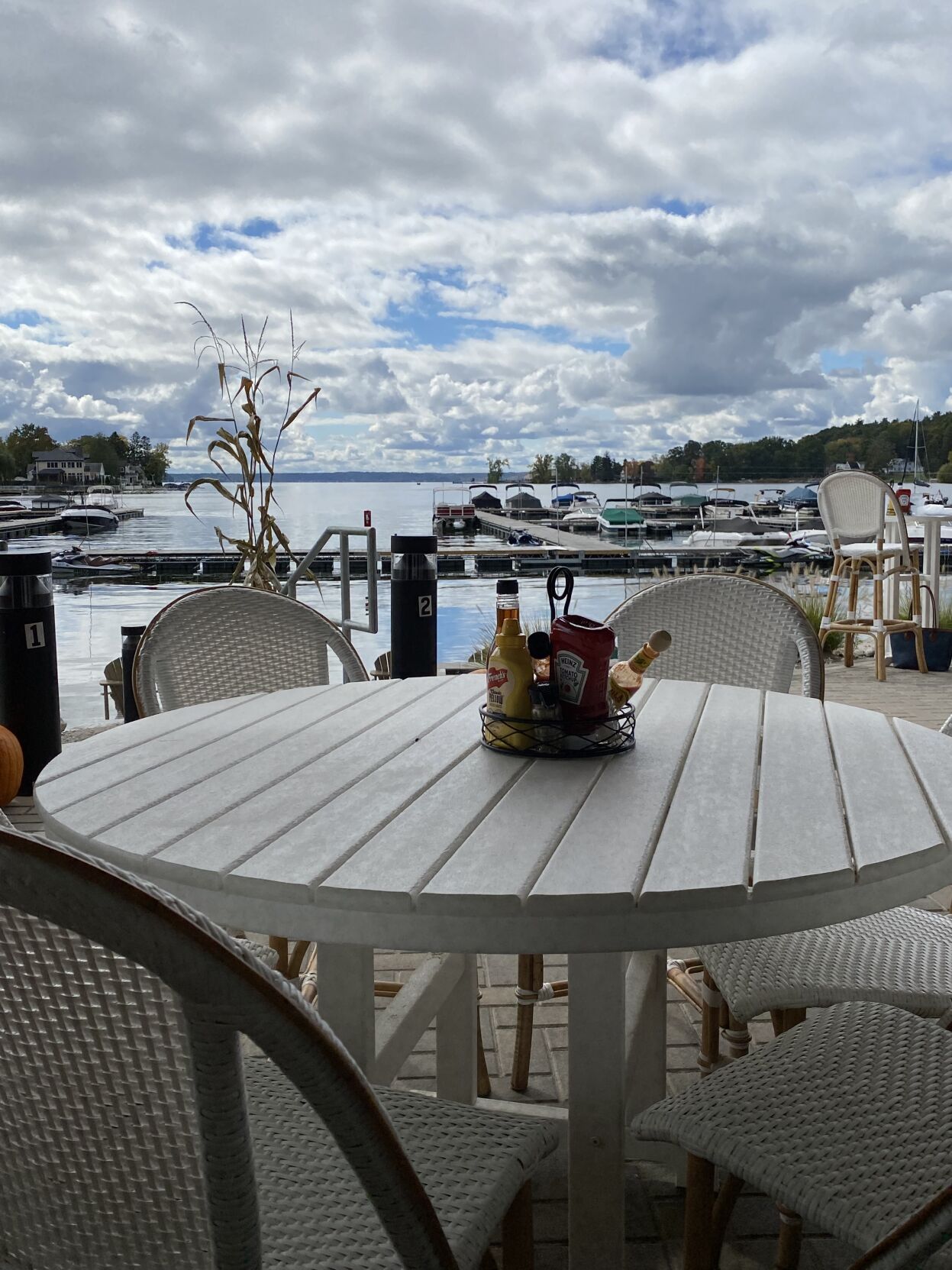 The 550 Waterfront menu offers a broad variety of tasty and attractive food. 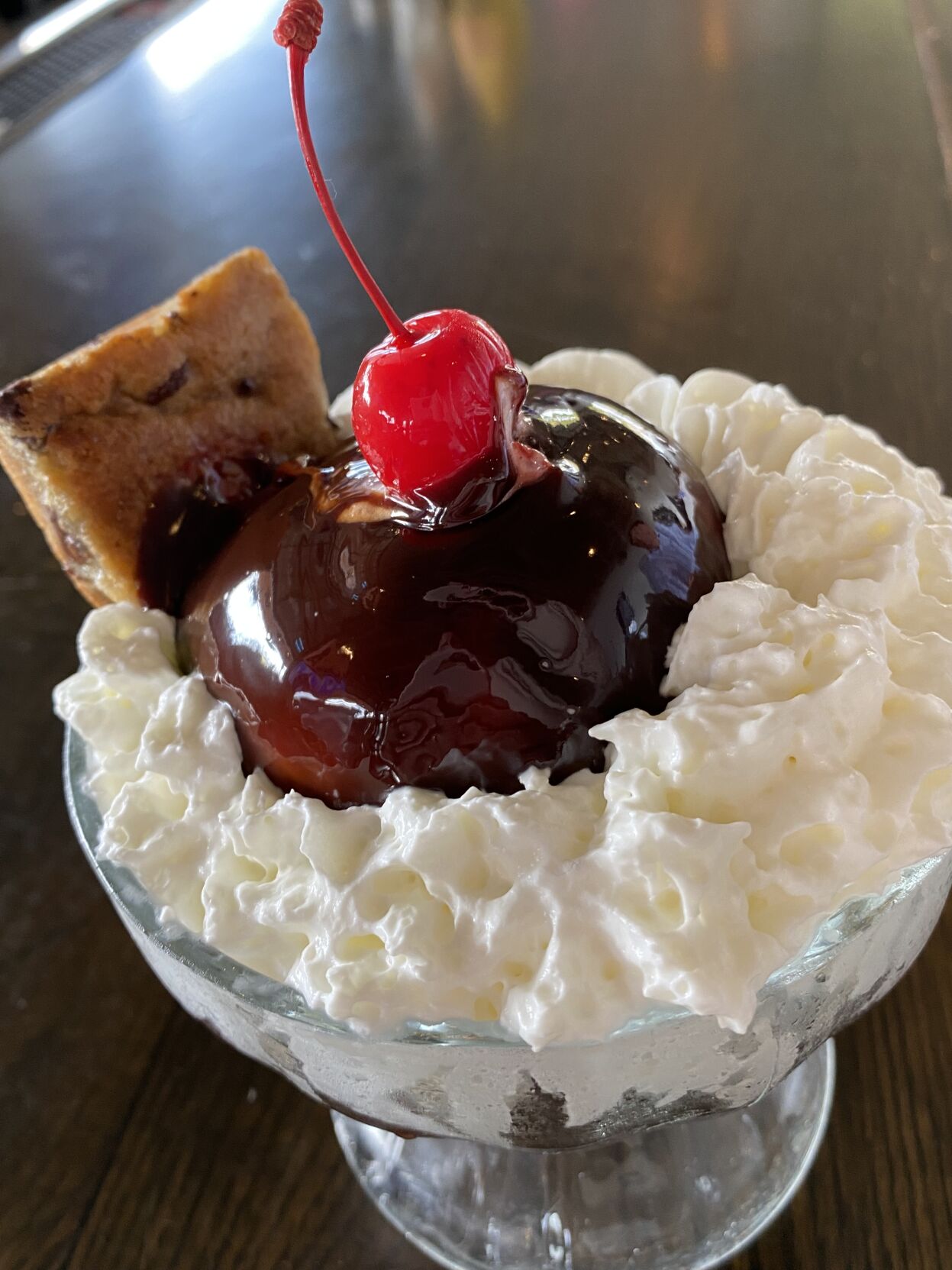 David & Myra say writing their column and watching their waistlines are not cooperating with each other.

The 550 Waterfront menu offers a broad variety of tasty and attractive food.

David & Myra say writing their column and watching their waistlines are not cooperating with each other.

SARATOGA SPRINGS — Proudly steeped in American history and culture, Saratoga Springs today is a vibrant and exciting city of nearly 30,000 residents. The 1777 Battle of Saratoga, a crucial victory for the Patriots, is considered by many to be the turning point of the American revolution.

The rich heritage of this community was initially a matter of natural wonder. Saratoga “Springs” has the only naturally carbonated mineral water east of the Rocky Mountains. For nearly two centuries, people have travelled here to “take the waters” believing that drinking or bathing in it brought healing and well-being. Currently, there are 21 mineral springs at various points in the city, each varying slightly in chemical makeup and taste.

Following the arrival of the railroad in 1831, the town began to take on a new dimension and popularity which led to the 1863 opening of the Saratoga Race Course. It remains today the oldest race track in the United States and probably the oldest sporting venue in the country.

There is so much to enjoy in this very walkable town that it would be impossible for us to mention it all in one column. So we will continue to write about Saratoga from time to time. In addition to the horse racing season, which lasts about eight weeks starting in mid-July, consider a visit to the Saratoga Automobile Museum, The New York State Military Museum, The Saratoga Springs History Museum, the incredible Saratoga Spa State Park and, of course, Saratoga Lake, which offers delightful cruises.

As for food, the choices are seemingly endless. We recently enjoyed an outdoor lunch sitting on (just about in) Saratoga Lake. Banked on the northern tip of the lake, with an extraordinary view from one end of the lake to the other, is 550 Waterfront. Only in its second year, this gastropub, with lots of atmosphere, is a definite “go-to” destination, especially in good weather months. Both indoor and outdoor seating is plentiful, with additional seating in Adirondack chairs right on the edge of the lake.

Numerous fire pits, surrounded by natural rock seating, provide a peaceful environment that is hard to beat. Heat lamps help to bridge the shoulder months. Multiple long bars, both inside and out, are fun and conducive to neighborly conversation. Worth noting, seating at the bar provides under-counter charging stations. Our server Hannah was efficient, pleasant and patiently answered our questions about the restaurant.

The 550 menu offers a broad variety of tasty and attractive food. Starters, ranging in price from $8.50 to $18.75, some of which may be enjoyed as entrees, include lightly battered fried shrimp, steamed clams, hot crab dip, chips with salsa and guacamole, crispy pizza, Bavarian soft pretzels with beer cheese and an ample portion of delicious crispy chicken wings. A lobster roll, served hot or cold on grilled brioche, is priced at $26.95. Also available is beer battered fish and chips, a swordfish BLT, an ahi tuna poke bowl and a steamed bucket of clams, mussels, shrimp and sausage in white wine. Other options include shrimp tacos, steak frites, salads and burgers which can be had with tuna or veggies instead of meat. Most main plates are in the $15 to $30 range.

Dessert selection, at $7 to $9, is limited but more than sufficient to bring the meal to a perfect ending. We indulged in the chocolate chip cookie sundae with vanilla ice cream and hot fudge. Writing this column and watching our waistlines are not cooperating with each other. Other desserts offered are rum cake with caramel sauce and key lime pie with whipped cream.

550 offers a wide and thoughtful cocktail, wine and beer list including Guinness, Brooklyn Summer Ale and Narragansett Lager, all on tap. Live music is part of the fun scene on Saturday afternoons.

The restaurant is open Wednesday through Sunday, noon to 9 p.m., opening a 11 a.m. on Saturday and Sunday. Be aware that the no-reservation policy can result in a long wait. At 550 Union Ave., the restaurant provides convenient parking and can be reached at 518-886-8654.

Walking off your meal on Broadway, Saratoga Springs’ main pedestrian promenade, you’ll find several “foodie” type stores that are fun to explore. Check out Saratoga Olive Oil Company, Saratoga Tea and Honey, the Savory Pantry, Putnam Market, Saratoga Salsa and Spice and the Whole Harvest Company, all within a few blocks of each other. Saratoga does have a Fresh Market at 52 Marion Ave. and a highly regarded Farmers Market on Sundays in the Saratoga Spa State Park.

When you need a respite from shopping or just feel an urge for a special treat, make sure you go to Mrs. London’s bakery on Broadway. Open daily from 7 a.m. to 6 p.m., everything here is delectable. The paninis, pastries and made-from-scratch breads are as good as you’ll find anywhere. Do as we do, and get a takeout quart of the rich and creamy tomato soup with cheddar cheese for enjoyment later at home.

David Meiselman and Myra Packman are food and restaurant columnists for Vermont News & Media. They can be reached at davidandmyravt@gmail.com.