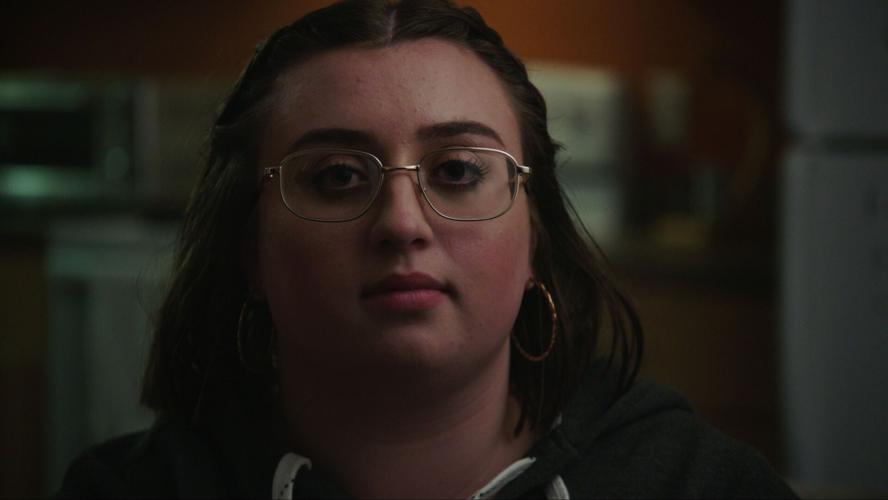 Samantha Fisher, who grew up partially in Brattleboro, is among the young people interviewed in the new film, "Hiding in Plain Sight: Youth Mental Illness." 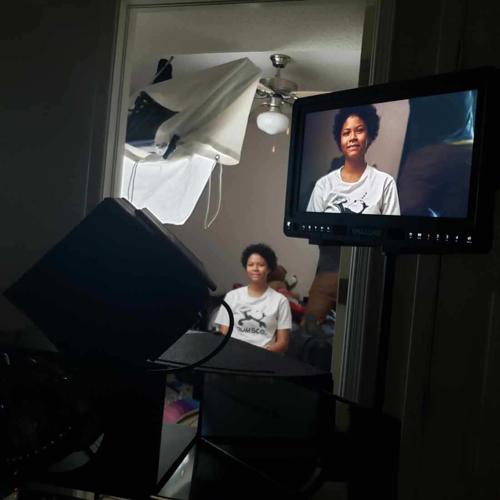 Amira discusses what it's like to support her brother, Xavier, through his struggles with mental health. 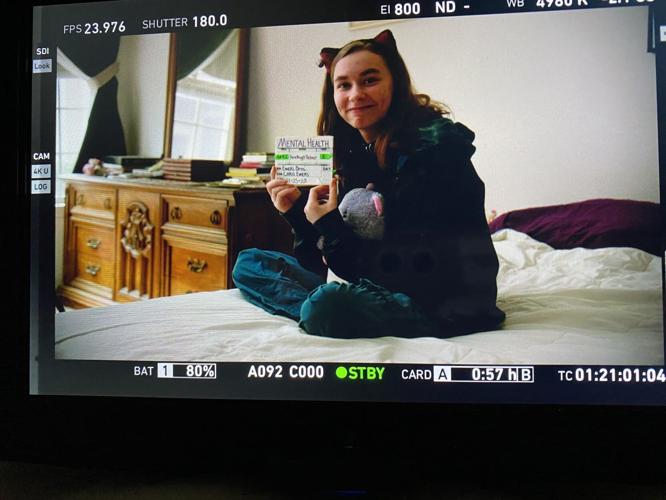 Amethyst talks about her mental health journey during her interview in Texas. 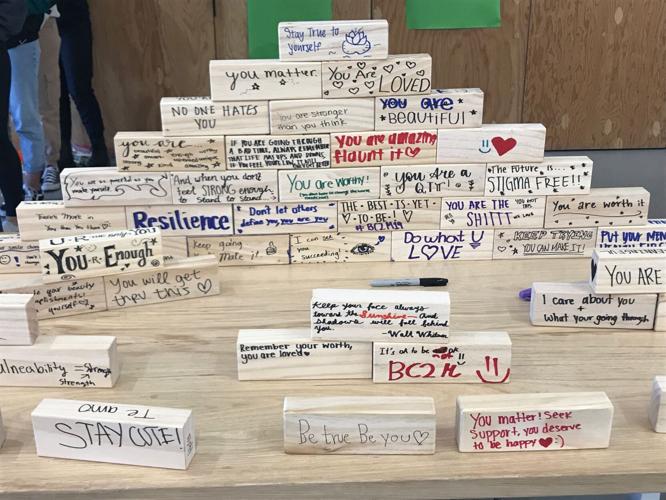 Wooden building blocks at the Bring Change to Mind conference in San Francisco. 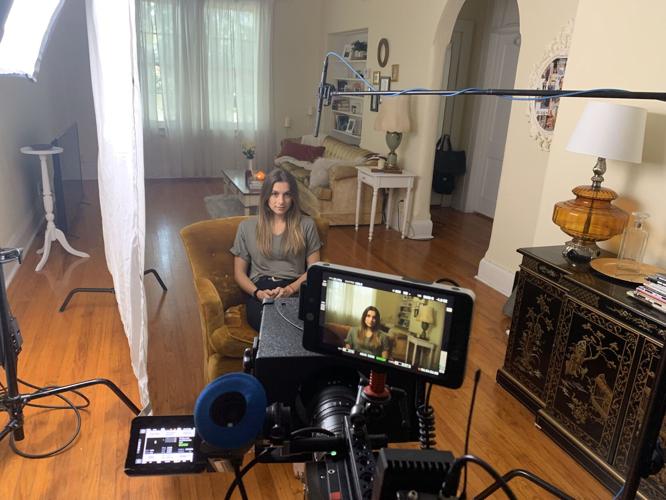 Morgan talks about her mental health journey during her interview in Florida. 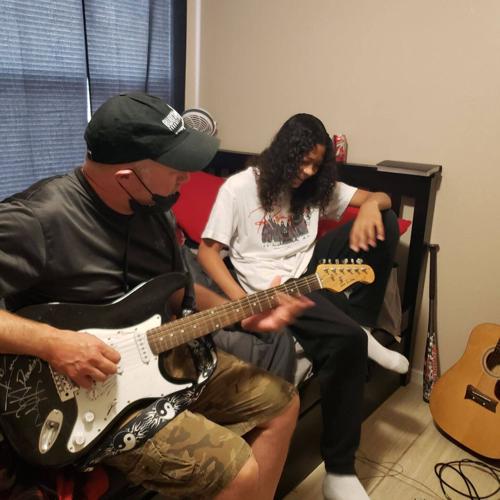 Director Erik Ewers plays guitar and gets to know Xavier. 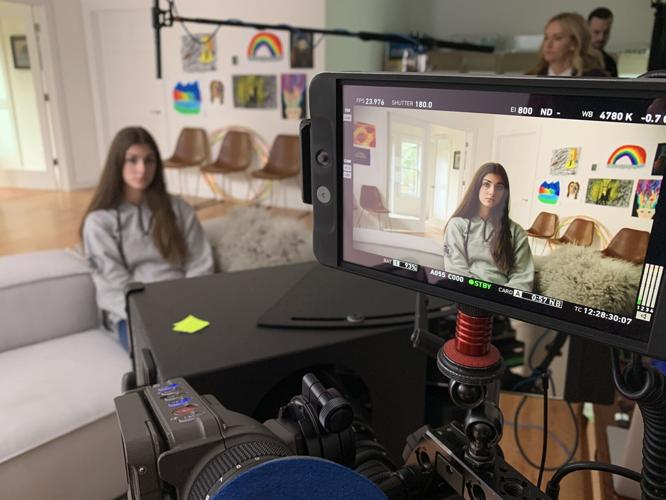 Lydia talks about her mental health journey during her interview at a California rehab facility.

Samantha Fisher, who grew up partially in Brattleboro, is among the young people interviewed in the new film, "Hiding in Plain Sight: Youth Mental Illness."

Amira discusses what it's like to support her brother, Xavier, through his struggles with mental health.

Amethyst talks about her mental health journey during her interview in Texas.

Wooden building blocks at the Bring Change to Mind conference in San Francisco.

Morgan talks about her mental health journey during her interview in Florida.

Director Erik Ewers plays guitar and gets to know Xavier.

Lydia talks about her mental health journey during her interview at a California rehab facility.

BRATTLEBORO — Growing up in Brattleboro, Samantha Fisher recalls her peers only knowing that she “kind of disappeared for a while” when she spent time at the Brattleboro Retreat, the nonprofit mental health and addiction hospital in town.

“I think it helps me personally tell my side of things,” said Fisher, now 23.

Fisher is among more than 20 young people and experts who share their stories in a new film presented by Ken Burns, “Hiding in Plain Sight: Youth Mental Illness,” premiering at 9 p.m. Monday and Tuesday on local PBS channels, PBS.org and via the PBS Video app. The film by brothers Erik Ewers and Christopher Loren Ewers, whose production company is based in Swanzey, N.H., takes a deep dive into mental health challenges of young people across the United States. The film premiered at the White House on Wednesday.

“The reason why we made this film is to give kids a chance to tell their stories — a tapestry of human, lived experience across culture, and race and everything,” Erik Ewers said in an interview over Zoom. “And from that, weaving those 20-plus stories, it gives everyone a chance to relate in some way, shape or form.”

Burns, a longtime colleague familiar with the brothers’ work as well as their personal experiences, approached them for the project. Burns was unavailable for an interview, according to a promoter for the film.

“Ken was aware that we had mental health challenges in our own family. I had confided in him about myself an awful lot,” Erik Ewers said. “I think he probably intuitively knew that that’s something that we would want to take on.”

The brothers set out to find people to include in the film, a journey that began in Brattleboro, with the help of the film’s writer, David Blistein of Brattleboro. Through the Boys and Girls Club on Flat Street, the filmmakers met Ricky Davidson, then executive director of the Brattleboro chapter, and Fisher, who had worked there as a teen. Fisher became the first interview conducted for the film.

“When I was younger, my emotions developed way too fast for me to, as a young child, handle them,” Fisher said in a Zoom interview with Vermont News & Media.

She said she experienced anger and anxiety as a child, and these issues were exacerbated by an assault at a party as a teen.

“That’s when the agoraphobia set in and all of those things, and the depression and the anxiety deepened,” Fisher said. “I became extremely paranoid.” She said she later learned she had obsessive-compulsive disorder.

She turned to cannabis and alcohol, and “any pill that I could find would go in my mouth. It was just really chaotic, and I was trying to find any sense of control that I could,” she said.

She noted that people might say, “’Oh, Sam exploded on somebody, and it was out of nowhere’ — but they don’t realize what it was that happened, or why that certain thing triggered you. You can kind of get painted in a light that isn’t really kind.”

She hopes people watch the film with an open mind.

“And I want to emphasize that anybody going through anything, especially mental illness-wise, understands that healing isn’t linear. And that’s something I had to learn going through this entire process,” she said.

The filmmakers went to their participants’ homes and other places where they would be comfortable. To foster trust, the filmmakers answered questions about their own histories.

“The first thing I wanted to do: I wanted them to understand that I am no different than they are,” Erik Ewers said. “I would always explain to them what I’ve been through in my life, which has been a very long journey, my whole life, dealing with mental health and mental health challenges.”

Now 53, he said he remembers going to a psychiatrist at age 7.

Erik Ewers said when Burns watched the film, he said he couldn’t watch it as a critical filmmaker. “He said, ‘I watched it as a father. And I was a son once, too.’ And that’s really what it’s all about. If everyone can see themselves in this film, parents and children alike, and grandparents, then we all can appreciate and better understand this topic.”

In the film, Davidson, the former Boys & Girls Club leader Brattleboro, shares his experience with addiction.

“I had a very serious drug situation when I was an early teen and preteen,” he said in an interview with Vermont News & Media.

The decision to change his life around occurred after “a variety of things happened in a really short succession, like failing eighth grade,” he said. After taking a hard look at himself, he worked on getting clean, a process that took about four or five months to achieve.

In October, Davidson celebrated 40 years of sobriety. He doesn’t participate in any 12-step program but shares such options when working with young people.

When interviewed by the film crew, Davidson was still leading the Boys & Girls Club, a role he left in late 2019. Now, he’s a student assistance counselor at Brattleboro Union High School. In both roles, Davidson has identified similar behaviors and issues that make his earlier life experience valuable in approaching youth going through similar struggles. He said he doesn’t tend to go into a lot of detail about his past, because he believes “sharing war stories isn’t necessarily helpful.”

In the film and in his job, Davidson shares a message of hope. Having always worked with youth in different settings where mental health was a focus, Davidson has special insight into the subject the filmmakers wanted to explore.

“I was happy to do it,” he said. “They sat down, and I got interviewed over a period of time.”

Of the finished product, Davidson said, “I thought it was really good.” He noted the first part is “a little heavy” but on the second episode, “you see some stuff on the other side for some of the folks that you meet in the first episode.”

His hope is that viewers of the latest film get a better understanding of how young people are struggling now. He said he believes it might differ in experiences of youth from 30 to 50 years ago. Also, Davidson sees the film as important in highlighting that there are places to turn for help.

“No one can really get through it alone,” he said. “No one person can do it by themselves, as far as dealing with mental health issues, dealing with substance issues. You know, it takes support and community and professional assistance, and all those things to help make that happen.”

Davidson said he was “really impressed by how open and honest and complete the young people were with their own issues and struggle.”

“That’s not an easy thing to do,” he said. “Our community’s done a lot around stigma around mental health, but there’s still definitely a stigma out there and things like that, so the fact that the young people were so open and so willing to share was really great.”’

Christopher Ewers, 44, said one takeaway from the process of making the film goes back to its title: Hiding in plain sight.

“Our mental health struggles are very much hiding in plain sight. It’s under our noses. We’re ignoring it. We are collectively trying to dismiss it. And I think that it is time — Lord, it is time — it is past time for us to as a whole, as a group ... to acknowledge and accept its existence,” he said. “The solution is also hiding in plain sight. All we need to do is start talking about this. We need to be open and share, and collectively normalize the experience of it before we can really move forward.”

The Ewers brothers are now planning a second film, on adult mental health.

For more information on the filmmakers and “Hiding in Plain Sight: Youth Mental Illness,” visit ewersbrothers.com.