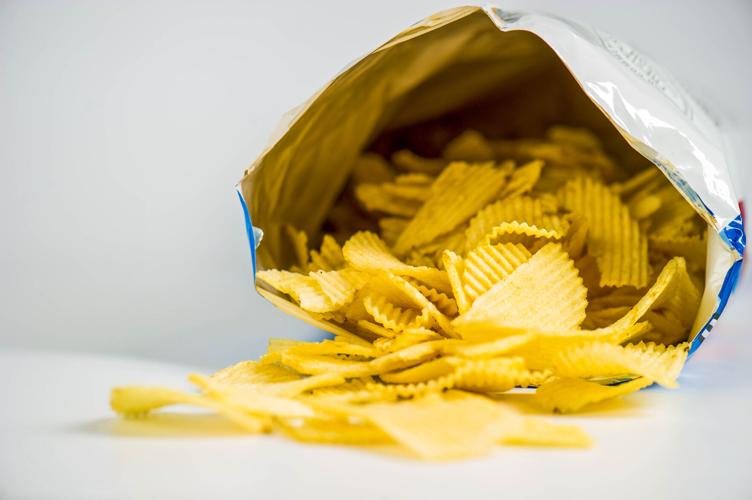 What is it about potato chips and other processed snacks that make us come back for more? 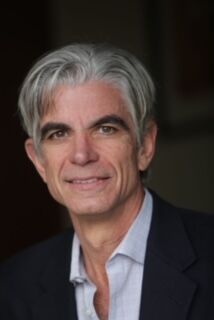 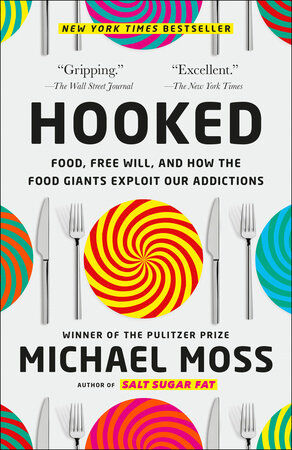 What is it about potato chips and other processed snacks that make us come back for more?

Editor’s note: This is part one in a two-part series about the findings on “Big Food” by investigative journalist Michael Moss.

“Bet you can’t eat just one!” This slogan has challenged millions to a duel between desire and will power, and it’s one I certainly have never won. I can eat one small slice of a baked potato and leave the rest, but serve me one crispy, perfectly salted chip, no matter the flavor, and I’ll be back for more in exactly 3.2 seconds.

It’s not our fault that we can’t eat just one. This is by design. Processed food companies have an arsenal of tools at their disposal and work deep behind the scenes to exploit our most basic instincts. Investigative journalist Michael Moss has unearthed a trove of shocking information that will no doubt leave you wondering how things got out of control and whether they will ever change.

While it’s no secret that processed food companies (“Big Food”) have ways in which they get us to come back for more, the secret lies in the way they do it. Like most of us, I have been wary of all things artificial: colors, flavors, sweeteners and those not-so-natural natural flavors. Things I can’t pronounce in the ingredients list usually make me put a product back on the shelf. Abbreviated chemicals like TBHQ and BHT cause a slew of health issues, though I couldn’t tell you what they stood for, so back on the shelf those go too. In a perfect world, we would shop the perimeter of the market and eat nothing but organic veggies, fruits, dairy and meats, but if there’s one thing we’ve learned recently, it’s that the world is anything but perfect.

Mr. Moss exposes the processed food industry’s use of even the most basic ingredients to exploit our cravings. They use building blocks like salt, sugar and fat in studied quantities that are so unnatural, they tap into our biology and instincts to manipulate our wants and desires. They use these ingredients, and those derived from them, to affect taste, smell and texture. These are the very things that send us to the moon over food.

They’ve coined terms like “moreishness” and “craveability.” They have scientifically plotted out a mathematical equation to attain our “bliss point” — the perfect level of sugar — not too little, not too much — that registers in our pleasure centers as just that: bliss.

With their conniving, chess-like moves, Big Food stays one step ahead of us. Once we catch on to them, their strategy makes an about face, and there we are playing catch-up yet again. The trophy for them? Profits. For us, this is life or death.

Having spent the week researching his areas of expertise, watching his videos and interviews and even lighting Fritos on fire as he does on his website, I feel like old friends when Michael Moss joins me on video chat. I’m honored by his presence, since, as a Pulitzer Prize winner, his time is in great demand. I’m eager to ask my questions because if anyone has the answers, it is he. His tousled white hair and jet-black eyebrows reveal eyes emblazoned with knowledge and an endless quest for the truth. Moss seems passionate not only about his current subject matter, but about life in general, as evidenced by his declaration that he “does a little mountain climbing” in his spare time.

Mr. Moss reports his findings methodically and presents complicated information in a step-by-step format, drawing it all together with a bow at the end of his second book, “Hooked.” He delivers profound information, sounding the alarms in his calm, collected manner. He’s no stranger to uncovering and unveiling shocking truths about food safety, as he was awarded the Pulitzer in 2010, when he traced the source of an E. coli contamination that left a young woman paralyzed.

In each chapter, Moss hands us the pieces to a jigsaw puzzle that, when put together, reveal the ransom note written to us by the food companies, as they hold us hostage with their packaged foods. We’re scared of Big Brother? Welcome to Big Food. It may be just as bad, if not worse because, while, they’re not listening to us in our homes, they’re feeding us. And they’re feeding us lies.

Come back next week for Part 2: Can we become addicted to food?

Katharine A. Jameson, a certified nutrition counselor who grew up in Williamsville and Townshend, writes about food and health for Vermont News & Media. For more tricks, tips and hacks, find her on Instagram: @foodforthoughtwithkat

“In their rise to power, the processed food companies have wielded salt, sugar and fat not just in pursuing profits through the cheapest means of production. Theirs has been a concerted effort to reach the primeval zones of our brain where we act by instinct rather than rationalization.”

Food For Thought with Kat | ‘Hooked’ on Michael Moss: Part 2

Editor’s note: This is part two in a two-part series about the findings on “Big Food” by investigative journalist Michael Moss.