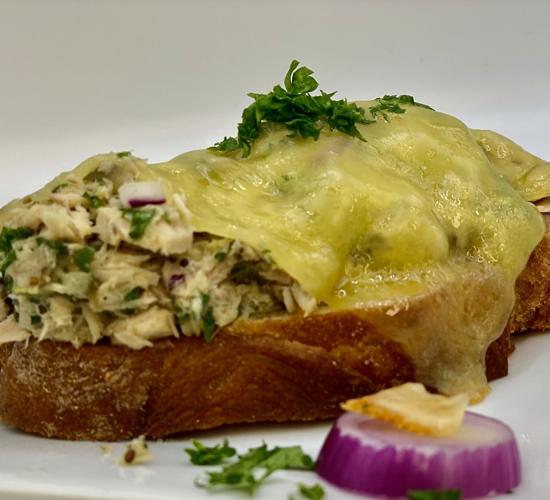 Though perhaps too decadent for Mr. Mayor’s streamlined tastes, this tuna melt was inspired by his preference for a daily open-faced sandwich. 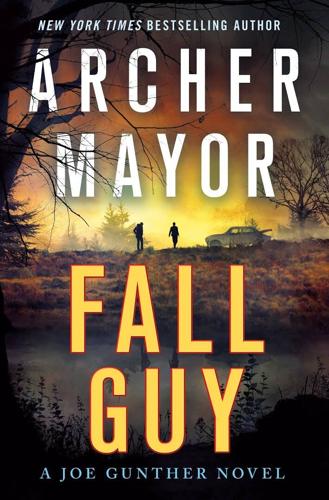 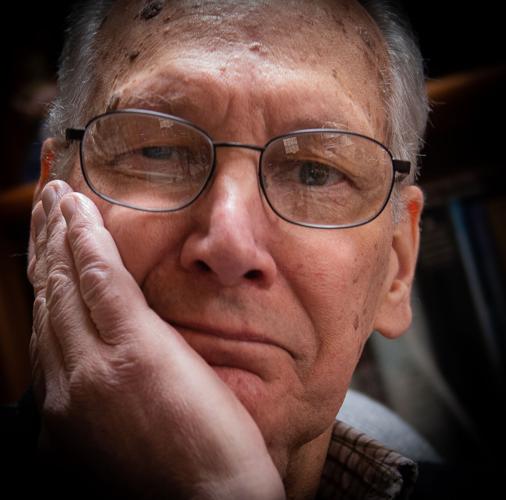 Though perhaps too decadent for Mr. Mayor’s streamlined tastes, this tuna melt was inspired by his preference for a daily open-faced sandwich.

Though he’s made a business of writing police procedural mysteries, Archer Mayor seems to be a man of mystery himself. “Fall Guy,” Mayor’s most recent Joe Gunther novel, was released just Tuesday, his 33rd novel in nearly as many years. At the peak of his multiple careers, he held three full-time positions: author, detective (for the Windham County Sheriff’s Office) and death investigator for the State of Vermont. For decades, he volunteered as an EMT and firefighter with NewBrook Fire Department. Having retired from all but two of his jobs, Mayor has chosen to keep both Joe Gunther and his role as a death investigator alive (no pun intended, he insists).

We’ve come in and out of each other’s paths a few times, as Mayor lives and writes in the house in which my mother was raised. He’s gracious and witty when I call him much too late on a Thursday evening. I’ve caught him during his stint on call for the State and, as in any exciting crime novel, he may be called away at a moment’s notice to investigate an “unattended death.” He’s willing to schedule a time to speak, he says, but he may not be available when the date rolls around. It comes with the territory and I agree, telling him if no one answers, I’ll assume he’s on the road. Though he prefers landlines over wireless communications, he offers me his email and we bid farewell.

The next dayWhen I call the following day, to my delight, he answers! We’re here to talk about health and I don’t want to take much of his time, but his life story is too fascinating to just ask him about his favorite foods. (Surprisingly, they don’t include Spam or Velveeta, a la his main character of over three decades). I ask him about the path that led him to adopt so many careers at the same time and he seems happy to regale me with his tale. I’m happy to listen.

When we first talk, he explains that all Vermonters have at least two jobs, but he’s taken it to the nth degree. Throughout the years, if you consider his volunteer gigs, he’s secured at least four or five jobs. Unlike many of us, Mayor refuses to do things halfway. Raised by an old New England father, he was taught to “do it well, or you don’t do it. If it’s good enough, it’s not good enough.”

Mayor refuses to judge others for not living this way. “This is my own credo that I am following. This is how I choose to lead my life. So, do no harm, try to always be kind and supportive and be of use. Get out there and do something for other people. And if you get paid for it, then so much the better. And if not, volunteer, as I did for decades.”

Being of service is a common theme of import for Mr. Mayor. A self-proclaimed nomad, he grew up on multiple continents and had lived in nearly 30 countries before coming to Vermont. “[I was] someone who didn’t belong anywhere. No cultural … I had no identity, really, in terms of where I came from or any of those things that were represented by other people. I just went from school to school and city to city and country to country and language to language.”

When asked what provided him the impetus to make Vermont a backdrop character in his books, he answers, “I began to settle into Vermont, which is the first time I’d settled in anywhere and I loved it. I wanted to pay it homage.”

Mayor moved to Vermont in 1980, resigned to be unemployed except as a writer. Vermont, he says, presented him an opportunity to be of use to people. He volunteered as an EMT and firefighter and rooted himself in the community.

Archer’s appetiteMayor eats only one meal a day. At 6’1” and 145 pounds, he finds that this facilitates his active and busy lifestyle. “I’ve always liked to eat just a little bit, just enough to take care of business, keep the engine going,” he says.

He eats one meal a day: dinner, which is typically an open-faced sandwich, as he avoids excess in all things, including bread. Though he’s an omnivore, he explains his take on nutrition. “I see food as fuel, so I fuel myself with veggies and fruits. The color of food will tell you what to eat.”

I assume I know the answer, but just for good measure, I ask him if he’s ever tried a fad diet. He responds with a deep, well-rounded chortle and utters, “No,” as though my question has amused him.

“I can’t really explain the spareness of my eating. My mother wanted me to taste culture. God knows what was put in front of me over the years. I ate it all. When I was given my choice [without] pressure from anybody, I chose to eat the way I eat.”

When pressed for more of what’s on his daily menu, he reports that he concocts his own mixture of nuts, which he snacks on during the day, before his dinner — but only about a tablespoon or two.

He’s eaten this way for the past several decades, but Mayor used to have a broader palette. “I remember my sister and I became enormously fond of dog food. On one [separate] occasion, my mother ran out of pate at a garden party that she was responsible for, so she opened up a [can of] dog food, spread it on Ritz crackers and put it out on a platter. People loved it and asked her for the recipe.” I ponder asking for the recipe for this week’s column, then think better of it.

When his investigations don’t take him out of town, Mayor adopts a daily exercise routine. He’s religious about using his treadmill and weights. “I do feel the need to do a good half-hour or 45 minutes of exercise,” he explains.

Upon further investigation …Not only is Archer busy, he’s perpetually dealing with death both in his real job and in the make-believe he writes in his series. I inquire as to how he finds outlets for this stress. He says he doesn’t. It doesn’t bother him.

“I find comfort in activity,” he explains. “I’m a motorcycle rider. It’s a meditative activity for me because when you’re on a motorcycle, everybody’s out to kill you. The reason being: you’re on a high-speed, unstable platform and people aren’t used to seeing that. They’re not looking for a skinny profile motorcycle. Every pebble, every squirrel, every pedestrian, every bird in the sky is looking to hit you. Boy, you talk about concentration. You watch the road and you pay attention to that one mantra: danger. That began a paradox: that brings peace because you only have one mission and that is: stay safe. Don’t speed, don’t be stupid, don’t be reckless, behave yourself and anticipate problems and address them before they become problems. It’s very focusing and very relaxing for those of us who like to ride responsibly.”

Mayor maintains that excess in anything is a bad idea, “You’ve gotta toe the line or else there is no line.” With the 33 Joe Gunther police procedurals Mayor’s penned, he surely knows something about the line.

I ask if there’s anything he wants his readers to know about this Gunther installment. “The one thing that I always try to do with all these books is to write them as individual novels and to do the best job I could possibly do. I’d sooner hold myself to task than to have a reader come up to me and say, ‘Well, you struck me as a little bit lazy.’ So, every book had to be a sign of respect to my readers.”

When asked what Vermont means to him, he replies, “For a kid with no home, it welcomed me, it gave me somewhere to belong. I am at home in Vermont and Vermont has welcomed me and put me to use and I am extraordinarily grateful for this far removed, thinly populated, fiercely independent and extraordinarily generous state.”

And may I say, Mr. Mayor, Vermont is grateful for you.

Archer Mayor will be at Northshire Bookstore in Manchester on Saturday at 6 pm., 4869 Main St., Manchester Center.

Though perhaps too decadent for Mr. Mayor’s streamlined tastes, this was inspired by his preference for a daily open-faced sandwich. The photo is just good enough, which means it’s not good enough at all. ;)

1 can solid albacore tuna in water

Assemble sandwich on a piece of crusty whole grain bread.

Top with tuna and place cheese on top, toasting until melted. Broil if necessary.