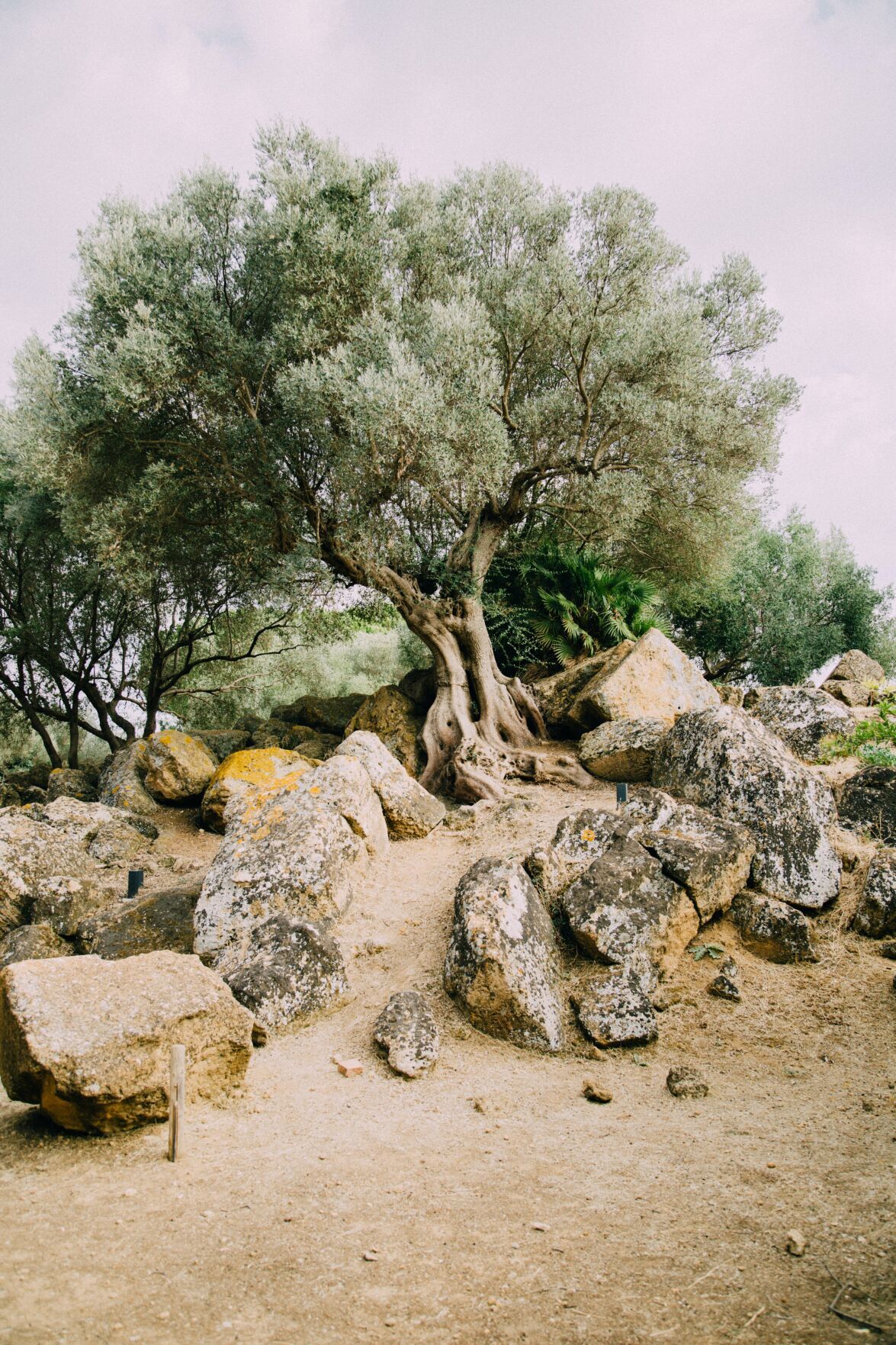 The olive tree is tough and, apart from deadly diseases, it outlasts several generations of men and women. 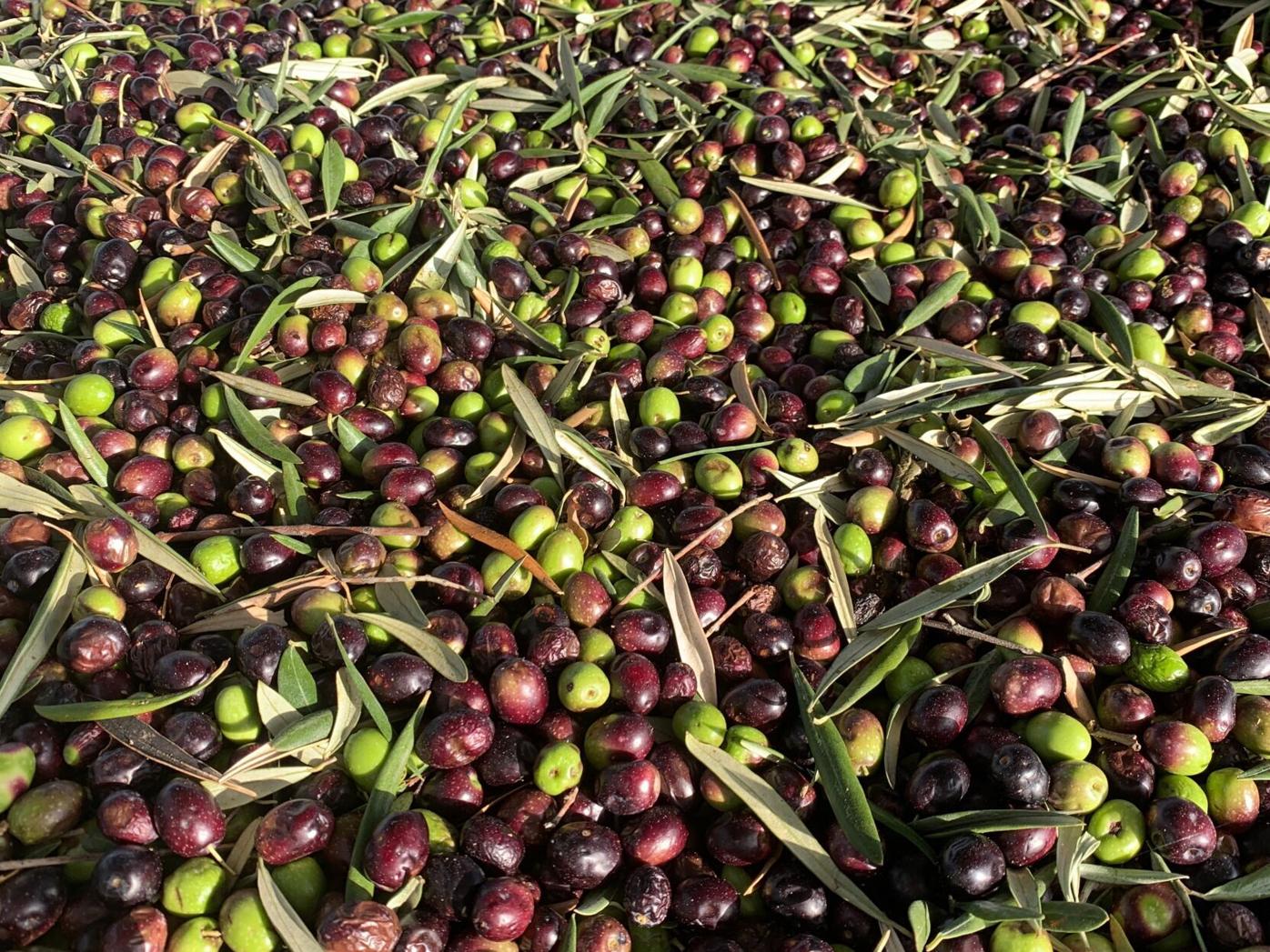 The olive fruit isn’t edible unless matured and brined, or ground into oil. 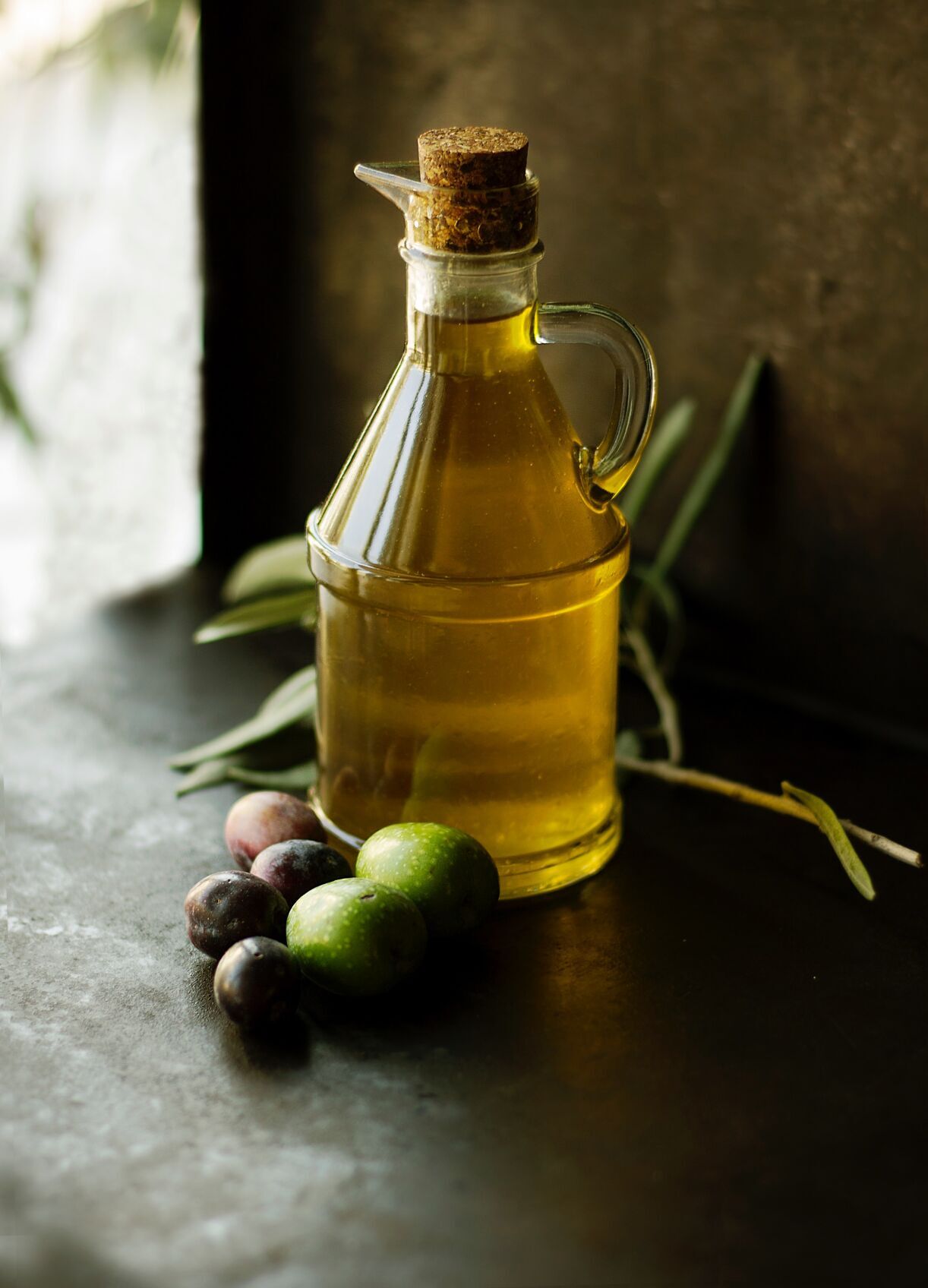 Some things to consider when purchasing olive oil? Where does it come from? When was the olive harvest? What is the best-by date?

Olive oil is an essential, vibrant food with no equal in hundreds of dishes.

It brings life, dimension and depth to vegetables, meat, fish, fruit and cheese. It’s the vessel in roasting, sautéing, frying, emulsifying and bonding. It is the better parent in vinaigrettes, aioli, anchoiade, pesto, tapenade and marinades. It makes for a brilliant marriage with bread, yogurt and herbs. It is the healthiest vegetal oil to fry with because of its high smoking point at 405 F.

Grinding this single fruit into oil isn’t only for food; you will find it in soap, hair and care skin products, vitamins, additives and salves. Olive oil turned out to be one of the most extraordinary achievements in the advancement of our civilization, providing a light source as early as 3,500 years ago.

Did the Phoenicians have this knowledge when they brought the olive tree from Mesopotamia to the Greek archipelago in 16th century BC? We can’t be sure, but we do know that a millennium later, its expansion is in full stride, thanks to ancient Rome.

From the outreach of the Mediterranean regions, vast olive tree fields cover the Italian and Iberian peninsulas and most islands and territories in between, including North Africa and Gaul. It is reported that the citizens of Rome, in the beginning of our era, consumed 50 liters per year per capita. (Current consumption in the U.S. is 1.5 liter per year, per capita).

A grove of olive trees defines land like a marching army on a battlefield. With a gnarly trunk, smoothed bark and silvery foliage tousled by the smallest breeze, it is a tree of shining light. It is tough and, apart from deadly diseases, it outlasts several generations of men and women. It inspires artists and simply said, it is venerated — maybe more acutely by anyone who sees through a field of trees the depth of time, likely to anyone from countries around the Mediterranean.

The olive tree was so worthy to the Spanish settlers in the new world that it came along on their crossing of the Atlantic. The slow progression of the tree retraces the deadly path that the Spanish cut through the wilderness: the West Indies, Mexico, California, Arizona, New Mexico and Texas.

And yet, there is no instant satisfaction from the tree to the mouth, as the olive fruit isn’t edible unless matured and brined, or ground into oil. Olive oil, although drinkable and edible on its own in small quantities (a tradition of older generations in areas where it is produced) finds its true calling for the taste it imparts to food. Its strength alters foods that are bland into highly pleasing results to the palate. Hummus is one good example of this. Elsewhere where butter could be the alternative, olive oil is a better suited ingredient in the transformation of fresh vegetables, meat and bread.

When roasting red meat or poultry, or potatoes, olive oil intensifies the crispiness of the exposed surface while keeping the core tender, as in “pommes de terre rissolées.” It cuts the bitterness of lettuce, but doesn’t kill it. And with beets, it takes the sweetness down. Olive oil is truly an enhancer, a mitigator of food.

The challenge of improving our dishes with a multitude of possible combinations has created a new wave of enthusiasts. This may explain why olive oil has reached a high status and inspired shops to stock a better quality products, a movement supported by chef-auteurs, TV shows and books. Olive oil is cool stuff.

Alfonso Fernandez, an olive oil professional, consultant and jury member of Evooleum, an olive oil competition, recently told us from Cordoba, Spain, that “olive oil reveals the ingredients with which you marry them with. Wherever fat has a place, olive oil can replace it. The best way is to play with it, to try things out. And it gets more complex because each olive oil has a particular taste, let’s say an aioli with an arbequina-based olive oil will taste different that with a picual-based olive oil.”

HOW TO CHOOSE AN OLIVE OIL

The organoleptic assessment of olive oil (tasting analysis) is necessary to zoom in on what to buy, as well as a method of discerning quality and freshness. Aromas in olive oil range from fruitiness to pepperiness. But it extends further to vegetal, such as grass or wood. Notes of fresh fruit, like apple, kiwi or banana; a cooling sensation, like mint,  artichoke, and green almond are all great signals that the olive oil is fresh, in whole, helping to influence our choices.

Then comes the pairing. A citrus taste lends to fish, salad, even strawberries. A winter soup calls for a peppery olive oil. A paella or a ratatouille, for the grassy one.

Pungency is an important factor to determine freshness.

An equally important argument in favor of extra-virgin olive oil (EVOO) are the health benefits. Extra virgin olive oil is an important distinction to other olive oils. It means that during the process of making it, from the quality of the olives to the harvest to the extraction, all the steps have rigorously followed a methodical approach. It specifically means — and this is important — that the measure of volatility of its dominant acid (oleic) is low enough that the deterioration of the chemical structure of the olive oil is almost inconsequential.

Analysis is conducted as the “juice” of the olives is extracted after centrifugal force separation, filtration and decanting. An oil is extra virgin when the free acids amount to 0.8 percent in grams or less. Although virgin olive oil is edible, extra virgin olive is the better choice to eat and cook with.

Extra-virgin olive oil is an antioxidant, effectively slowing down the aging process of human cells. Cooking with EVOO rather than butter or other vegetal oils means that we reduce our intake of cholesterol, thus reducing the risk of cardiovascular diseases.

As it is commonly known, the Mediterranean diet is a major factor to longevity and olive oil is an intrinsic element in that diet. But, possibly the most important revelation in favor of the benefits of using olive oil, from a nutritional standpoint, is the work of author Dan Buettner. For decades, Buettner has been documenting the lives and food habits of the largest concentration of centenarians in 5 specific areas in the world named the Blue Zones. He credits, in part, the fatty acids and vitamins that are found in olive oil and other foods that are specifically integral to their daily diet.

NOT ALL OLIVE OILS ARE CREATED EQUAL

Olive oils are not all created equal. As in other foods, the shorter the link between producer and consumer, the better the quality stands.

“Traceability is important especially in today’s world” says Ernesto Gregorio, a third generation of olive grower in Centuripe, Sicily, "and the recent pandemic is here to prove it. We need to know what is in the food we eat. For us it’s never been in question. We don’t just make olive oil or sell olive oil, we live by it. We would never produce olive oil other than with the olives we grow.”

Since the majority of the world doesn’t have a direct access to olive oil, it is important to get some of the data. Where does it come from? When was the harvest? And what is the best-by date?  Beyond that, it would be helpful to know if it was made by a large olive oil consortium or a family operation that, in the words of Alfonso Fernandez, “the grower of a small farm will do the best he can with what he has."

Olive oil is not an inert food, stabilized in a bottle on the shelf of a pantry or the kitchen counter. Olive oil is alive and needs to be put to work fast as its time is measured. It is vulnerable to heat, light and oxygen and, eventually, time. Once bottled, its life span of the oil is 18 to 22 months. Once the bottle is open, it is best to use it within 60 days.

Jean-François Bizalion, co-owner of Bizalion's Fine Food in Great Barrington, grew up in Arles, France, an outpost of Rome in the second century. A short distance east of Arles, is a site of one of the largest mills of the Roman Empire. A set of limestone arches between rows of olive trees and wild rosemary plants lead to a succession of terraces on a slope facing west. He says, "When my thoughts take me there, I am never too far from the olive tree."