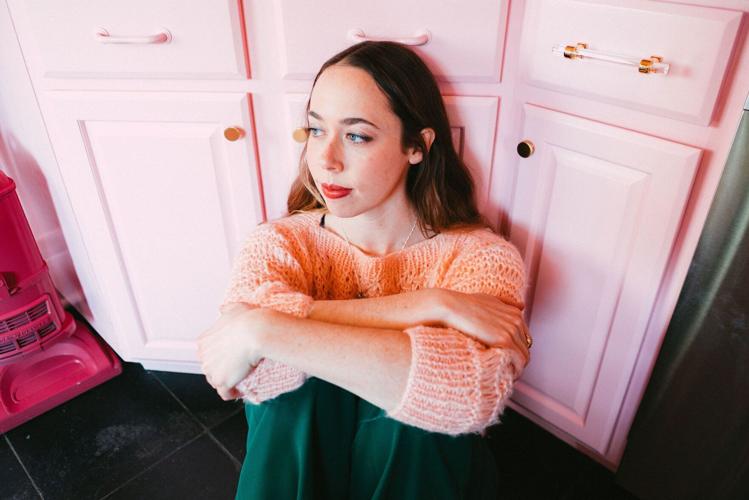 Four-time Grammy winner Sarah Jarosz has been added to the Green Mountain Bluegrass and Roots Festival bill as part of the 'American Acoustic' tour's stop in Manchester as part of the festival. 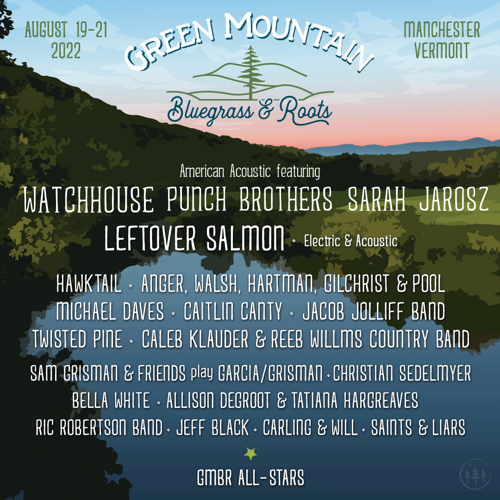 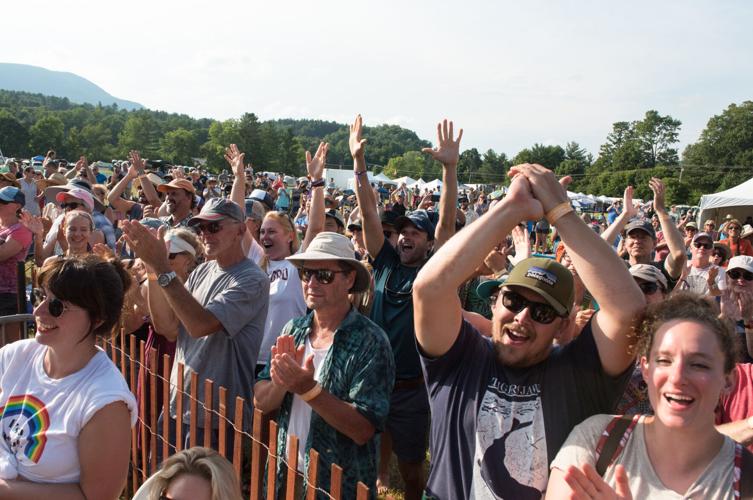 The Green Mountain Bluegrass and Roots Festival is returning in August of 2022 after two years away due to the COVID-19 pandemic.

Four-time Grammy winner Sarah Jarosz has been added to the Green Mountain Bluegrass and Roots Festival bill as part of the 'American Acoustic' tour's stop in Manchester as part of the festival.

The Green Mountain Bluegrass and Roots Festival is returning in August of 2022 after two years away due to the COVID-19 pandemic.

MANCHESTER — Since founding the Green Mountain Bluegrass and Roots Festival with her husband in 2018, Jill Turpin has hailed the spirit of collaboration between bluegrass artists, and worked to promote it so audiences can experience once-in-a-lifetime moments between talented musicians.

Just such a moment is bound for the festival stage at Hunter Park in August. That’s thanks to the addition of four-time Grammy winner Sarah Jarosz to the festival roster, as part of the “American Acoustic” tour’s visit to the festival.

That tour features two artists already on the festival bill — Watchhouse (formerly known as as Mandolin Orange) and Punch Brothers. The festival, at Hunter Park from Aug. 19 through Aug. 21, is returning after two years on hiatus because of the COVID-19 pandemic.

“It blew us away,” Turpin said Tuesday of the addition of American Acoustic, including a full set from Jarosz. “We’re giddy with excitement.”

The American Acoustic tour is built around the very collaboration Turpin has worked to promote. It features the participating artists each playing their own sets, and then gathering on stage for a group performance.

“It feels so good as producers to have a vision and have that vision be realized,” she said Tuesday. “It’s not easy when you’re booking to try to have a magical, stars-aligning kind of thing ... and it’s really happening.

“We are truly opening the stage up to these musicians and letting them have at it,” Turpin added. “This is something you won’t be able to see anywhere else.”

Watchhouse, who played the 2018 and 2019 festivals, and Punch Brothers, who also have a Grammy to their credit, already had been announced as headliners for the festival.

The American Acoustic tour takes its name from a June 2016 residency at the Kennedy Center for the Arts in Washington, curated by Punch Brothers member Chris Thile. That culminated in a show including his band and I’m With Her, with half the show devoted to collaboration between the musicians. The two bands then took the concept on the road in 2017.

It’s taken five years to put the concept back on the road a second time, but the participants are excited.

“My absolute favorite thing to do is sit around and pick tunes with folks,” Watchhouse’s Andrew Marlin said in a news release announcing the tour. “[I’m] so stoked to hit the road and do just that with some of the best to ever do it.”

Jarosz agreed. “There’s nothing better than making music with your friends, and it will feel particularly joyous to collaborate with some of my favorite musicians after so long apart,” she said.

A 10-time Grammy nominee by the age of 30, Jarosz has recorded critically acclaimed albums including “Follow Me Down,” “Build Me Up From Bones,” “Undercurrent” and her most recent, “Blue Heron Suite.” She also formed the folk trio I’m With Her with Sara Watkins and Aoife O’Donovan.

Turpin said individual day tickets for the three days of the festival will go on sale by the end of May, and can be purchased at greenmountainbluegrass.com/tickets. Even if the festival approaches a sellout, one-day tickets will be set aside, she said.