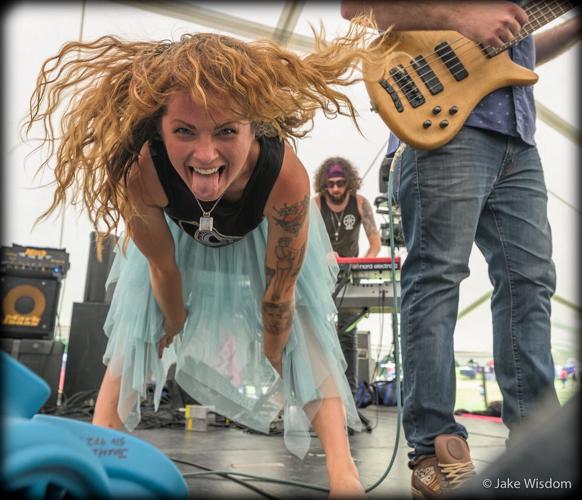 Hayley Jane will reunite with her band, the Primates, at the Northlands Music Festival June 25 in Swanzey, N.H. 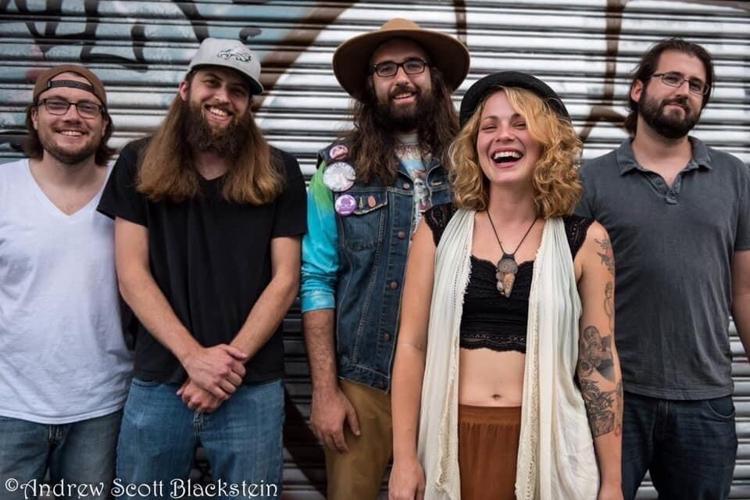 Hayley Jane & the Primates will perform a reunion show June 25 at the Northlands Music & Arts festival in Swanzey, N.H. 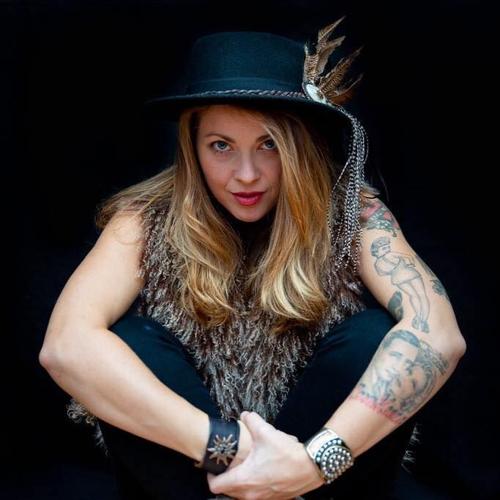 Singer Hayley Jane, 36, lived in Vermont for five years before moving back to her native California in 2020.

Hayley Jane will reunite with her band, the Primates, at the Northlands Music Festival June 25 in Swanzey, N.H.

Hayley Jane & the Primates will perform a reunion show June 25 at the Northlands Music & Arts festival in Swanzey, N.H.

Singer Hayley Jane, 36, lived in Vermont for five years before moving back to her native California in 2020.

If you’ve ever seen Hayley Jane in concert, you were likely impressed by her infectious energy and powerful vocal range, her vibrant dance choreography and dramatic flourishes that reflect a background in musical theater. She is a whirling dervish of sunny charisma, humor and passion.

At least, that was the outside appearance. Inside, Hayley was too often in a much “darker” place, because of a self-admitted dependency on drugs and alcohol.

“That’s the thing with some artists,” Hayley said in a recent phone interview from her home in California. “We look like we’re stoked, we’re happy, we put on a good front, but we are just crumbling inside.”

She doesn’t have to fake it anymore. The one-time Vermont resident and “jam-band” favorite is in a much better place now. And, after a nearly three-year hiatus, Hayley Jane is reuniting with her band, the Primates, for a reunion show on Saturday, June 25, the second day of the inaugural Northlands Music & Arts Festival at Cheshire Fairgrounds in Swanzey, N.H.

“I wrote the guys in the band and asked them if they would be interested in coming back for some shows this summer,” Hayley said, speaking of the band’s pre-hiatus lineup of guitarists Justin Hancock and Greg Smith, bassist Josh Carter and drummer Ryan Clausen. “It was all about my health and behavior, because things got kind of dark there for awhile. We got on a Zoom call, and we talked about what it might look like and what their expectations are, and they were just like, ‘As long as you’re good, and this is going to be safe and healthy for you, we’re in.’ It’s very exciting.”

Hayley Jane grew up in central and southern California and developed an interest in musical theater at an early age. One of her earliest paid gigs came at Disneyland, where she played Snow White when she was 17. She came east in 2005 to attend Berklee College of Music in Boston, where she met several of her future bandmates and got involved in the local music scene, first as a backup singer and then lead for several bands, including the Primates.

Hayley has described the Primates’ style as a sort of “genre catastrophe” — combining Americana, soul and rock ‘n’ roll with rich lyrical imagery from a lead singer with the stage presence of a Mick Jagger or Janis Joplin. They jam happily along genre lines, spinning together influences from the ‘60s to the ’90s.

“I’ve always liked to allow the influences of the people I’m playing with to seep in,” says Hayley, noting her bandmates’ obsessions with reggae, world music and classic rock. “And then me coming straight out of musical theater ... you’re never playing the same character, the music’s never the same, you’re constantly doing different shows. And so when I came into the quote-unquote ‘jam scene,’ they allow for genre ambiguity. Nobody is asking you to be just one thing. I don’t think I could do that. I would explode.”

Hayley Jane & the Primates developed a strong following throughout New England, especially in Vermont, which became Hayley’s home in 2015. “I am and was a proud Vermonter,” she says. “I lived in Boston for 10 years, and never really felt like a Bostonian. About a year into living in Vermont (in the Burlington area), I knew I was right where I belonged. And when the time came to change some of my bad habits and get healthy and change my scenery a bit, Vermont was the place for me. Vermont will always have a very special place in my heart.”

Hayley & the Primates went through some ups and downs, including the unexpected passing of first bassist Devin “Dabbo” Caucci in 2011. They began an indefinite hiatus after a performance at the Wormtown Festival in September 2019. About six months later, everything shut down because of the COVID-19 pandemic.

“I will say it was very funny,” she says of the timing. “Here we are announcing this big hiatus, and then the next thing you know, everybody’s on hiatus. The craziest thing now is, with our triumphant return, we’re like, ‘Hey, we’re back,’ and people are like, ‘Yeah, so is everybody else.’”

She laughs about it now, but at the time it was no laughing matter. She desperately needed a break from the seemingly endless cycle of touring and partying.

“We had been going for so long. We lost our bassist (Caucci) to depression, and we just kept going. I discovered that I had addiction issues and we just kept going. The people around you, agents and managers and things like that, it’s hard for them, because you’re their little cash cow, so it’s not easy for them to go, ‘You need to take a break.’ I was trying my hardest to stay sober on the road, but when everybody’s used to you being that party girl, and you go out and people just hand you stuff, there’s no escape. So I needed to take a real break and a real breather.”

Near the end of 2020, Hayley moved back to California to be close to her family and open a little shop with a friend. She has also been playing regularly (more straight-ahead rock ‘n’ roll) with a new band. “I just kind of settled in, you know? It’s California, man. I settled right back into the lifestyle and the weather and everything.

“So the pandemic was a blessing in disguise for me, and I say that very personally, because I know it was very hard on a lot of people. I just have to look at the positives, because for me, it made me stop. It made me make a full stop and reconnect with my family and my roots ... and learn about who I am as a person.”

She also realized that drugs and alcohol had taken a firm hold on her identity. She had a successful stint in rehab, and has become outspoken about addiction, mental health and recovery, especially among performers.

“There’s so much more support these days. I’m a huge advocate for mental health and suicide awareness among artists. I have no issues now about speaking extremely openly about my experience with addiction and depression and all of that. I just feel like, if somebody hears it and goes, ‘Oh cool, I’m not by myself, somebody else is experiencing this, too.’ ... Artists feel everything so intensely, it’s like our job, but it can be a lot when you don’t know how to process things and everybody has these expectations of you to be this certain way and this certain thing every single night and every single show.”

One other fortunate thing happened to Hayley during the hiatus/pandemic: she fell in love. Her fiance, Nick Villareal, is also her personal trainer. He has a young daughter who can often be seen dancing during her live performances.

“It’s just a new vibe now. What used to be this crazy kind of unstable scene, always trying to be high or be drunk or any of that, and then the next thing you know you’re performing in the sunshine with your future husband and his beautiful little girl and you’re just like, ‘Oh, this is so much better. I’m clear-headed and I can remember this and I can enjoy it, instead of this hazy blurred chaos.’”

“Northlands is going to be amazing,” Hayley said. “It’s the culmination of what everybody’s been through in the last two or three years, massive change and overhaul, and people are rethinking their careers and changing their lives, once again. Music and community is going to be so explosive this summer and be such a big part of everybody’s healing process. I’m just so stoked to be coming into it with my favorite lineup and feeling really healthy and strong, getting to show the fans and my band how hard I’ve worked, and how far I’ve come. I think it’s really just going to be one of the best shows of my life. I can already feel it.”

Both one- and two-day festival passes for the Northlands Festival are now on-sale, as well as camping and hotel options. More information and tickets can be found online at northlandslive.com.

SWANZEY, N.H. — Seth McNally likens the creation of the Northlands Music & Arts Festival to putting on a “circus,” stitching together “a l…