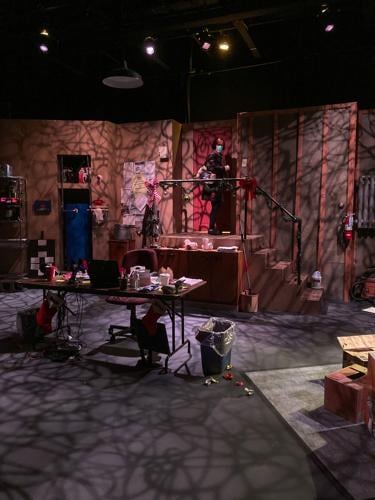 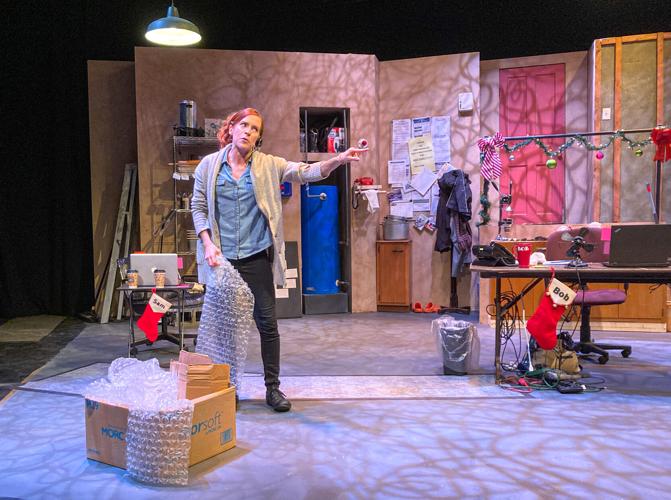 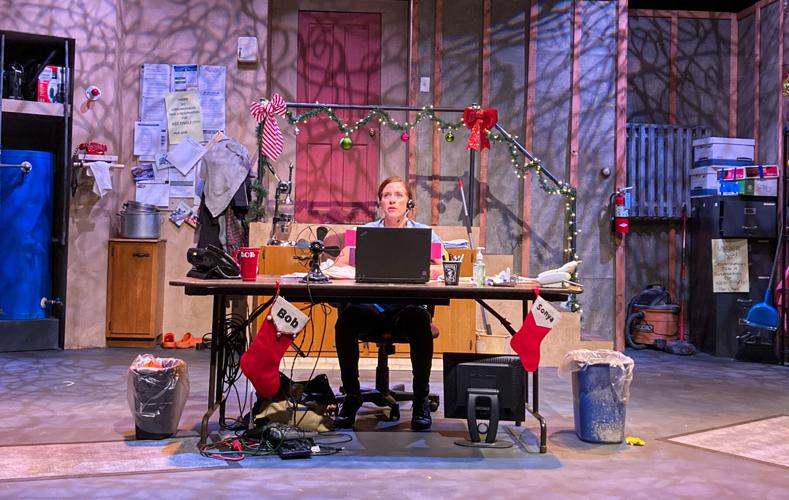 Directed by Bennington Performing Arts Center executive director Jennifer Jasper, the production stars Allyson Boate in what might be rightfully described as the 90-minute performance frenzy of her life.

The story, originally written by Mode for a male actor, sees a casting flip at Oldcastle, which cast a female lead in a clever, creative twist. The story is a witty one-act that looks into a day in the life of Sam Callahan, an unemployed actress who answers and manages the red-hot reservation line at Manhattan’s top-ranked restaurant.

Intimidation, threats, kickbacks, hysterics — a cast of frantic callers will stop at nothing in their fervor to land a prime reservation, or the right table. In the midst of this imbalance, Sam has her own considerable needs to weigh. Her recently widowed father wants her to come home for Christmas, and on top of that, Sam is auditioning for a choice part at Lincoln Center.

While juggling wily glitterati, name-dropping nobodies, capricious superstars (Gwyneth Paltrow and the entire Hollywood establishment, through her personal assistant, is delightfully skewered) and egomaniacal bosses, how can Sam possibly look out for herself when the phones and intercoms never stop ringing and buzzing?

Well, Oldcastle rookie Boate shows us how. She is brilliant, funny, poignant and mesmerizing on stage, and in the process, makes us hope we see more of this talented Thespian in future Oldcastle offerings.

Boate takes on the challenge of navigating 40 different characters, prompted to switch from one to the other and back to herself — then on to the next — by the next beep of her audio receiver headset, or the red phone hot line, or the intercom, or her cell phone, or … you get the picture.

For her efforts, the gifted Boate should take a long bow, as she did not just once upon receiving a standing ovation when the lights finally dimmed on the show, but twice when the packed house refused to let her go without a well-earned curtain call.

Boate made us laugh, made us chuckle, and made us guffaw. But perhaps most importantly, she showed us that life is often stranger than art, and in doing so, made us nod our heads over and over in bringing alive the outrageous but still very recognizable: Mode’s brilliant caricatures, personas which she developed and wrote with actor/playwright Mark Setlock in 2016.

The Oldcastle crew clearly must have taken their own cues from the superb Boate. Richard Howe’s set depicting the dingy, near squalid basement of an ultra-toney eatery had something for everyone. Jennifer Marcoux’s costume design perfectly hit the working-girl/starving artist mark.

Lights by Jessica Winward and sound by Cory Wheat did justice to the never-sit-still Boate throughout. Kristine Schlachter’s stage management kept the one-act, one-actor flow clipping along from one cue to the next in a complement to the comedic timing on stage.

Finally, there is a reason why David V. Groupe is one of the best technical directors in the business, and Oldcastle is fortunate to have his experience, expertise and crew in house.

There’s not too much more to say here other than midsummer is a great time for laughs, and given the scalding heat covering most of the globe, an hour and a half in an air-conditioned theater is not a bad way to spend an evening or even an afternoon. It must be pointed out that this run of “Fully Committed” is a short one, and so there are limited opportunities left to be present and accounted for in this comedic masterpiece and acting tour-de-force of Oldcastle’s golden anniversary.

“Fully Committed” by Becky Mode, based on characters developed by Mode and Mark Setlock, and directed by Jennifer Jasper, will run through Sunday at the Bennington Performing Arts Center (BPAC) – The Home of Oldcastle Theatre Company, 331 Main St., Bennington. Masks are required indoors. For tickets, call the box office at 802-447-05654 or visit oldcastletheatre.org

Telly Halkias is a national award-winning freelance journalist, and a member of the American Theatre Critics Association.