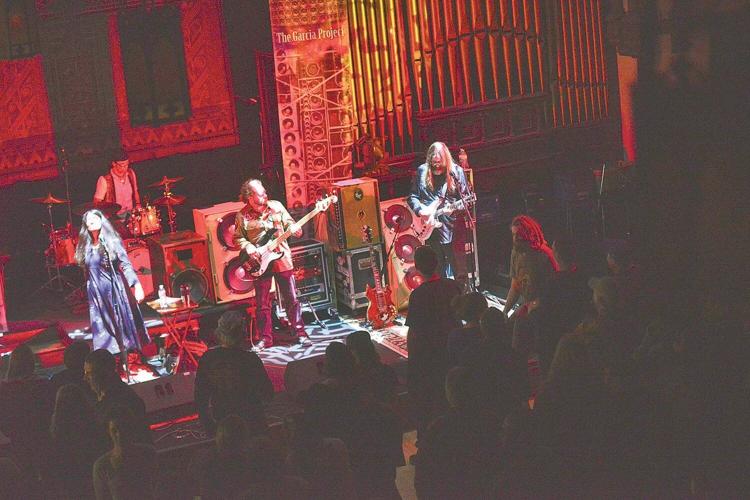 The Garcia Project performs at the Stone Church in Brattleboro in November, 2019. 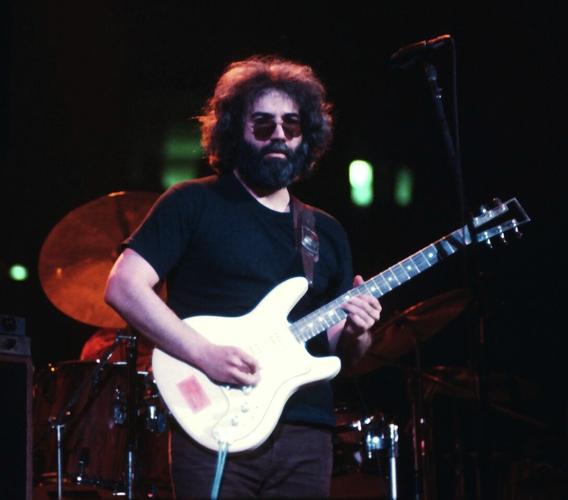 Jerry Garcia would have turned 80 years old on Monday, Aug. 1. The Garcia Project will pay tribute to the Grateful Dead founder and lead guitarist with a special "Birthday Bash" concert Monday at the Stone Church in Brattleboro. 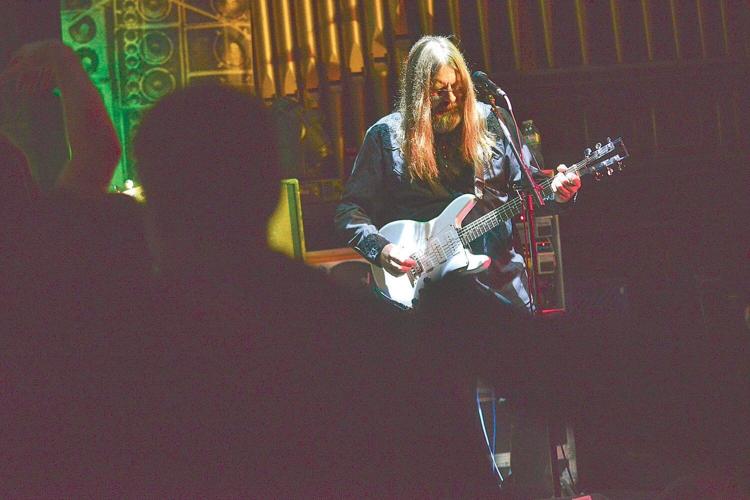 Mik Bondy of The Garcia Project performing with his band at the Stone Church in November, 2019.

The Garcia Project performs at the Stone Church in Brattleboro in November, 2019.

Jerry Garcia would have turned 80 years old on Monday, Aug. 1. The Garcia Project will pay tribute to the Grateful Dead founder and lead guitarist with a special "Birthday Bash" concert Monday at the Stone Church in Brattleboro.

Mik Bondy of The Garcia Project performing with his band at the Stone Church in November, 2019.

BRATTLEBORO — Jerry Garcia has been gone for nearly 27 years, but the spirit of the legendary Grateful Dead founder and lead guitarist lives on through his music and the memories of his fans.

Such is the mission of The Garcia Project, a New York band that faithfully channels and projects the feelings, emotions and music that Garcia made with his solo project, the Jerry Garcia Band, from 1976 to 1995. On Monday, Aug. 1, Garcia would have turned 80 years old, and, not coincidentally, The Garcia Project will arrive at The Stone Church for a special “Birthday Bash” celebration of his music and legacy.

“We did plan it that way,” said Garcia Project lead guitarist and singer Mik Bondy, by phone en route to the band’s shows this weekend in Pembroke, Mass. “We’ve been wanting to get back to The Stone Church. I reached out to (owner and general manager) Robin (Johnson), and he thought it was a great idea. It’s just a wonderful way to celebrate together, to celebrate Jerry, play some great music and get together with friends. It’s just going to be a wonderful night.”

The Garcia Project performs actual, full, classic Jerry Garcia Band shows from 1976 to 1995 — creating the experience for old fans to relive or new fans to enjoy for the first time. While Bondy won’t reveal exactly what the band has in store for Monday — “We won’t be saying what show it is until the end of the night, so it will make it fun for people to guess” — he does say that it will be a classic setlist, one they haven’t played before, filled with some rarities and songs the band doesn’t get to play often. “It’s one that I think the folks in Brattleboro will just go nuts about.”

The Garcia Project has been performing full Jerry Garcia Band setlists for 12 years. If the past is any indication, Monday’s show could include a mix of Garcia/Robert Hunter originals such as “Cats Under the Stars” and “Mission in the Rain,” along with covers such as The Manhattans’ “Shining Star,” Bruce Cockburn’s “Waiting for a Miracle” and Louis Armstrong’s “What a Wonderful World.” You can expect a Bob Dylan cover somewhere in there, as well.

While Garcia’s health took a turn for the worse — exacerbated by drug use, bad dietary decisions and heavy touring — over the last 10 years of his life, his playing — especially his guitar playing — never suffered all that much. It’s sad that he’s no longer around to celebrate the 80th anniversary of his birth, but it gives an opportunity for other bands, such as The Garcia Project and Dead-set faithfuls Dark Star Orchestra, to explore his catalogue.

“We’re totally honored that we’re able to come through and play this music and have folks come out and enjoy it as much as we do,” Bondy said. “Jerry definitely touched a spark in all of us while he was here, and when he passed away (in 1995), I never could imagine it coming back again. Not that anybody can replace Jerry, but the group of folks that we’ve put together just really gets it — everybody in the audience, everybody in the band. Of course there’s nothing like going and seeing Jerry Garcia, but he’s passed away, and one of the reasons we’re doing this at all is to carry that spirit on and celebrate it and go back to those feelings and vibes that we held so dear to our hearts.”

The core of Garcia Project is Bondy on lead guitar and vocals, Kat Walkerson on vocals, and Dan Crea on bass, along with drummer Bob McKeon and keyboardist John Marsh on Hammond organ and piano. As they move further along in this “Days Between” tour — named for the “days between” Jerry’s birthdate and his death (Aug. 9) — the band will welcome folk and blues singer Maria Muldaur and former Jerry Garcia Band backup singer Jackie Labranch as guests for shows later next month.

But Bondy said The Stone Church — with its stained glass, scriptures on the walls and historic, ornate atmosphere — is the perfect place to celebrate Garcia’s birthday and “worship” his musical legacy.

“The fact that it’s a church is one thing. It’s kind of that spiritual feeling that you get just being in there,” Bondy said. “But it’s also just a great sounding place, and Robin and the staff there are just awesome people, so the whole experience is just a winner. I think it’s just going to be a really nice gathering.”

The Garcia Project’s “Jerry Garcia Birthday Bash” is scheduled for Monday, Aug. 1 at 8 p.m. at The Stone Church, 210 Main St., Brattleboro. Tickets are available at stonechurchvt.com and will also be available at the door the night of the show.