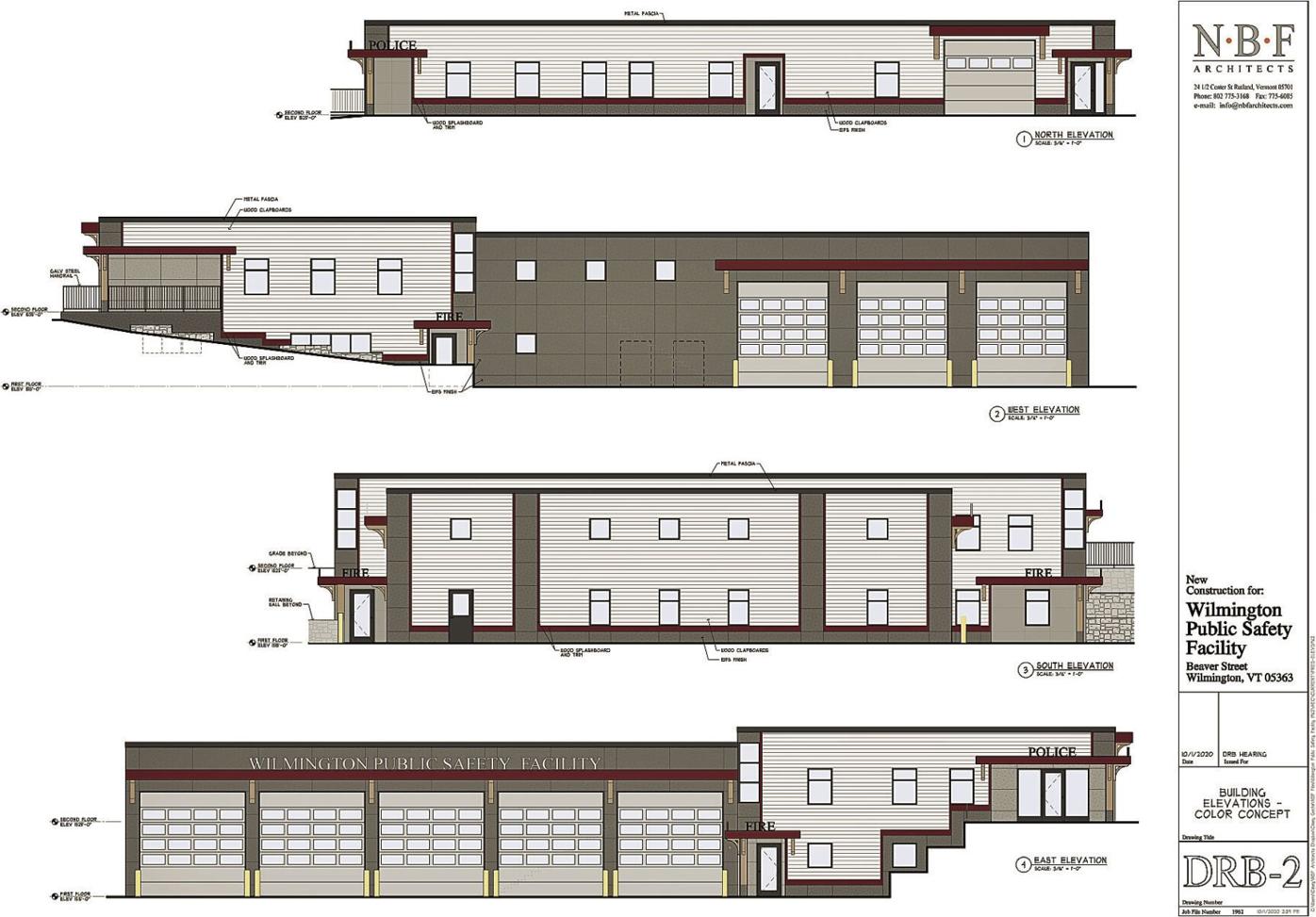 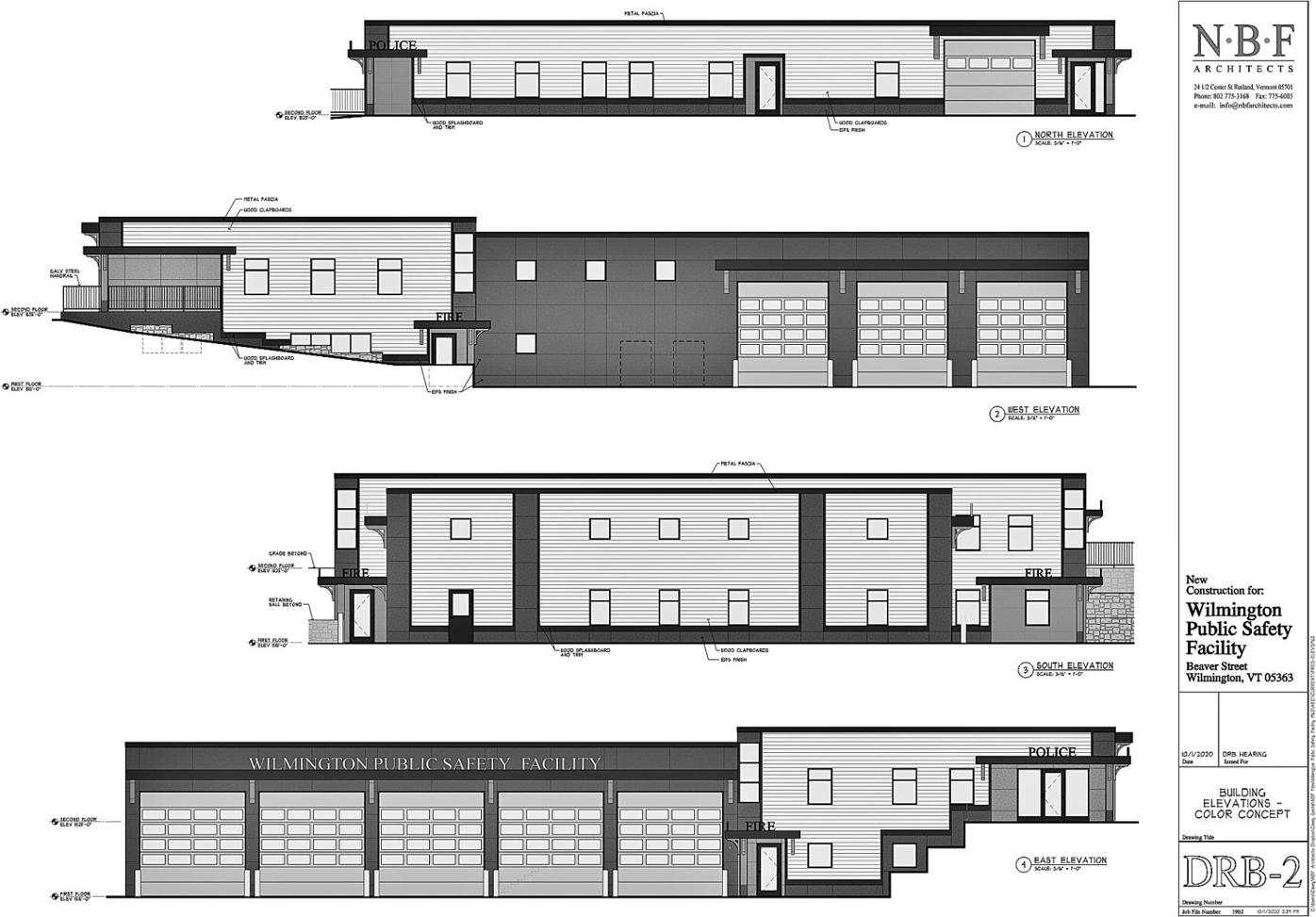 WILMINGTON — After two owners of nearby residential properties raised concerns about lighting, the Development Review Board will tour the proposed site for a new public safety facility.

“I think it’s a valid item for us to really consider before making a decision,” DRB Vice Chairman Charlie Foster said during a hearing held remotely Monday.

The hearing will be continued at 5 p.m. Nov. 2 and a site visit is scheduled for 5 p.m. Oct. 14 at 40 Beaver St., which is town-owned property next to the Old School Community Center currently used for storage. Parking and the use of exits also are of topics of interest.

Brian Lane-Karnas, project engineer, said the public safety facility is meant to house the town’s police and fire stations in a new 16,300-square-foot building. The plan calls for police to work in an upper story with the fire department in a lower story.

Lane-Karnas said the facility is designed not to stand out or look as though it doesn’t belong. Siding and canopies over entrances were selected with an eye toward fitting into the historic district.

In the parking area, several lights on 16-foot-tall poles are proposed. The plan also includes lights mounted on the building and along a path on the side of the facility.

Todd Gareiss, who owns a nearby residential property, said he’s “very concerned” how the lighting could affect multiple residences to the north. But Lane-Karnas doesn’t anticipate the lights will shine into any neighbor’s windows.

Adam Grinold, who owns a nearby residential property, said the proposed fixtures for the parking lot don’t appear to match with the historical district.

“I’d want to ask everybody to really consider the lighting issue as a significant negative impact to the village and if there’s any mitigation that can be done while still meeting the safety objectives, that that be done,” he said, adding that he also worried the pathway lights might be putting too much light to the area.

Lane-Karnas suggested the potential for getting lights with dimming functions and motion sensors. If motion sensor lights are required by the permit, Fire Chief Scott Moore doesn’t expect any issues.

“We do have plans in the far future to have sidewalks on Beaver Street and we would be using these same light fixtures throughout,” Gretchen Havreluk, economic development consultant for the town, wrote in a chat section seen by meeting participants. “It would be great to keep the lighting consistent.”

Three access points are designed for specific use by the public, as an apron to apparatus bay and for authorized vehicles only. Moore said firefighters would typically opt to travel down Beaver Street to South Main Street when responding to fires to avoid a difficult turn on Route 9 and potential traffic jams.

Chuck Clerici, member of the town’s Public Safety Facility Committee, opposed putting a condition in the permit about the use of exits.

“My leaning would be to just trust the fire chief and the fire personnel to go which way makes the most sense,” he told board members who might have concerns about pedestrian safety.