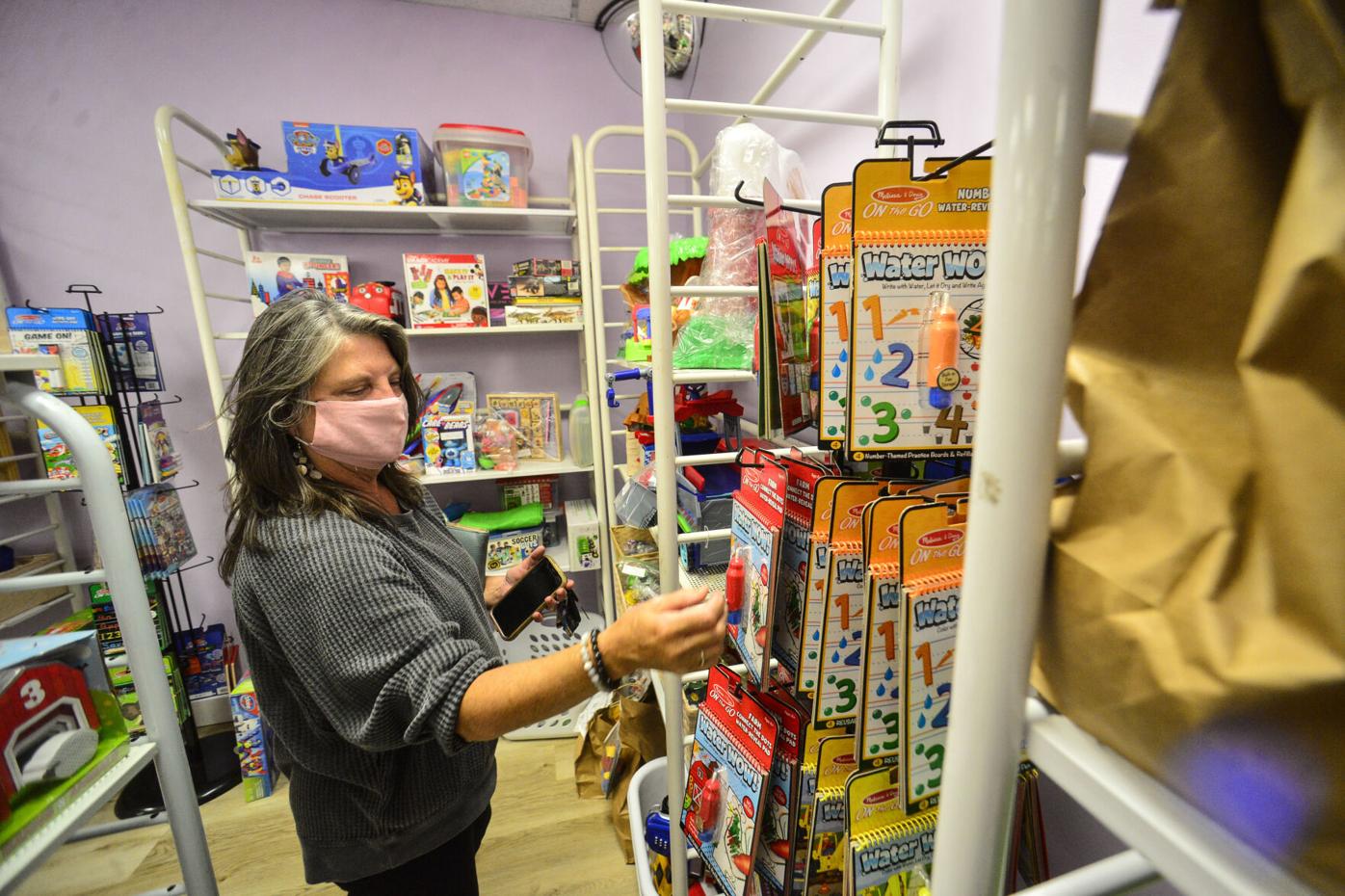 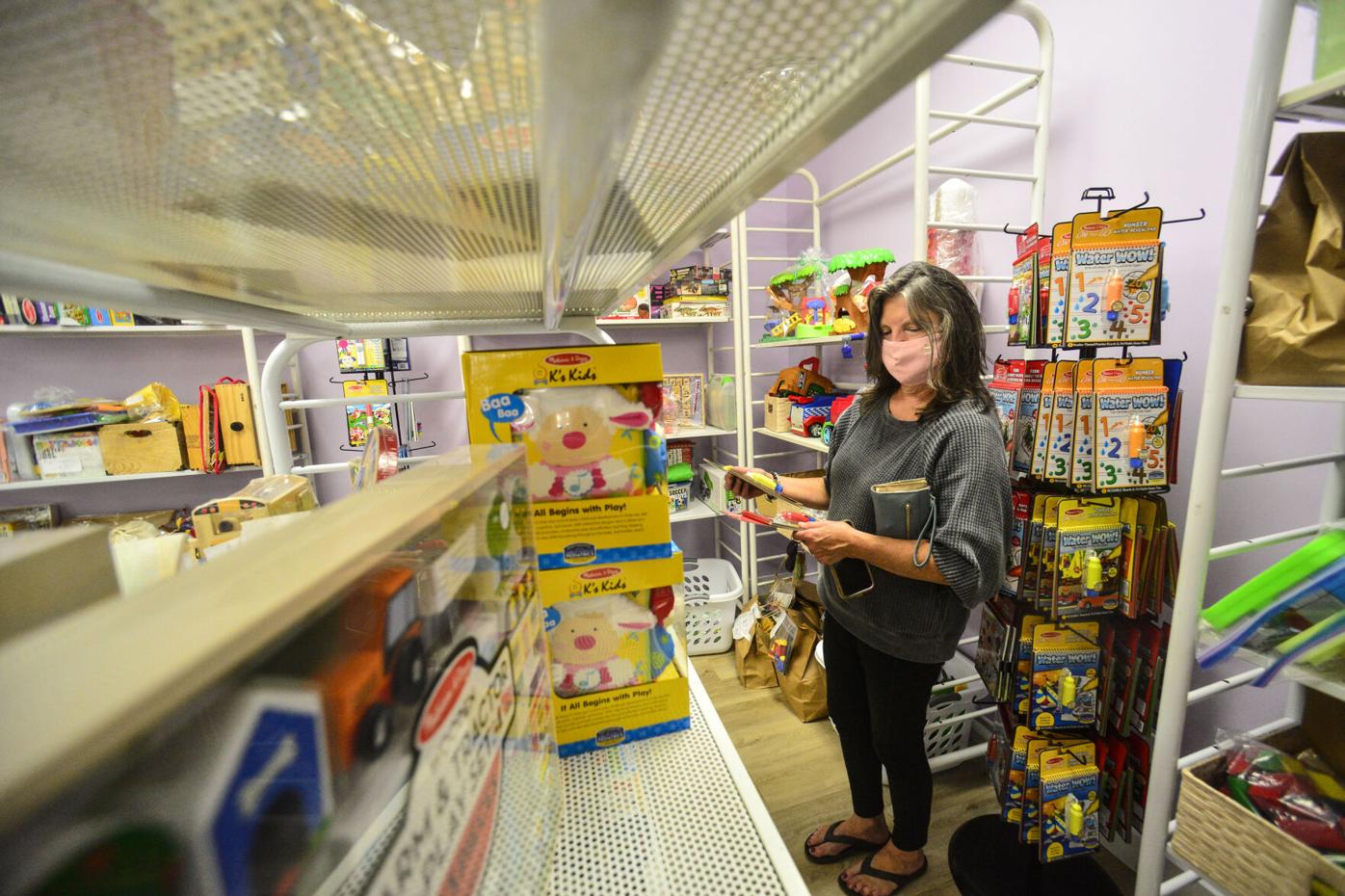 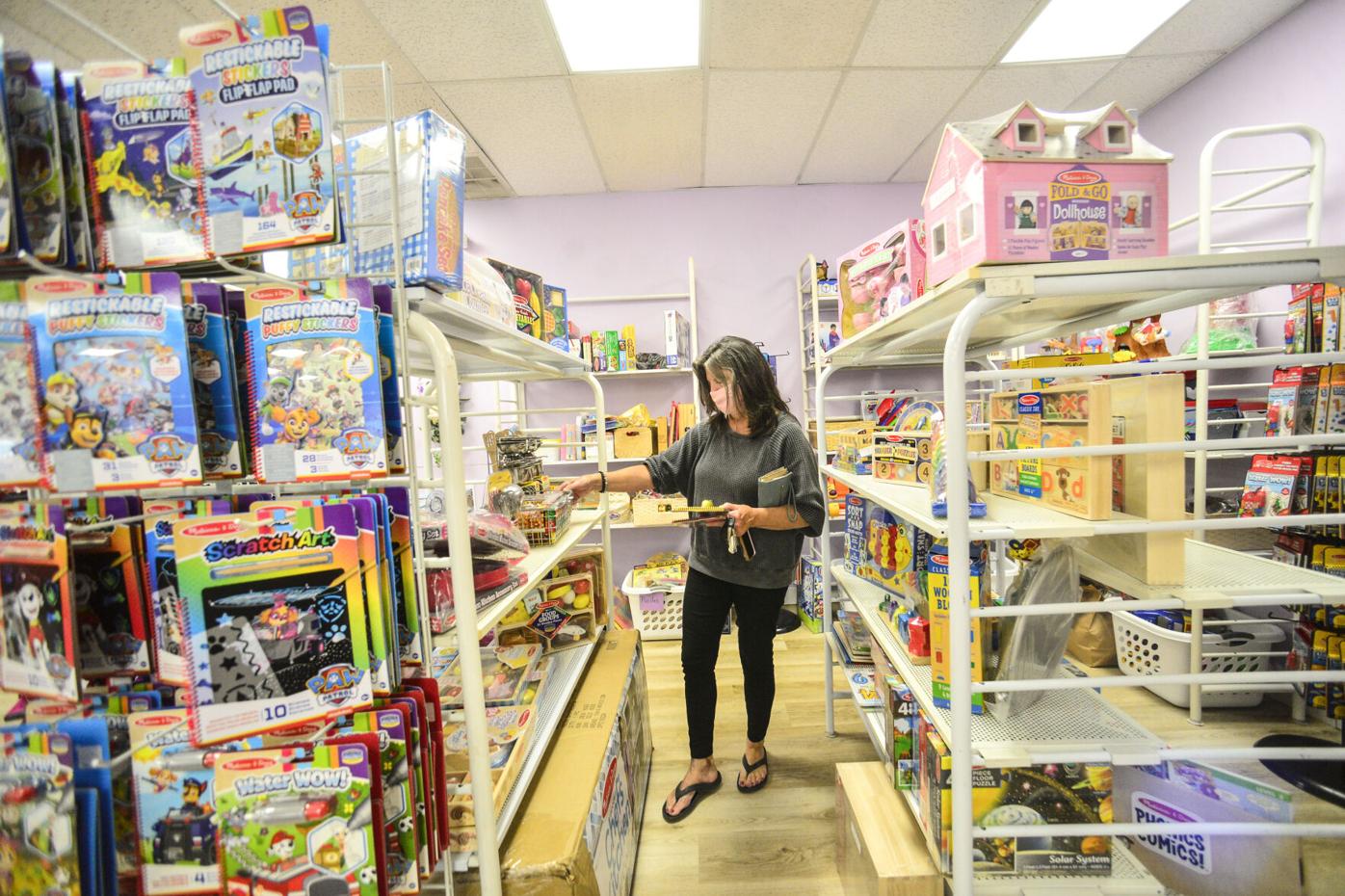 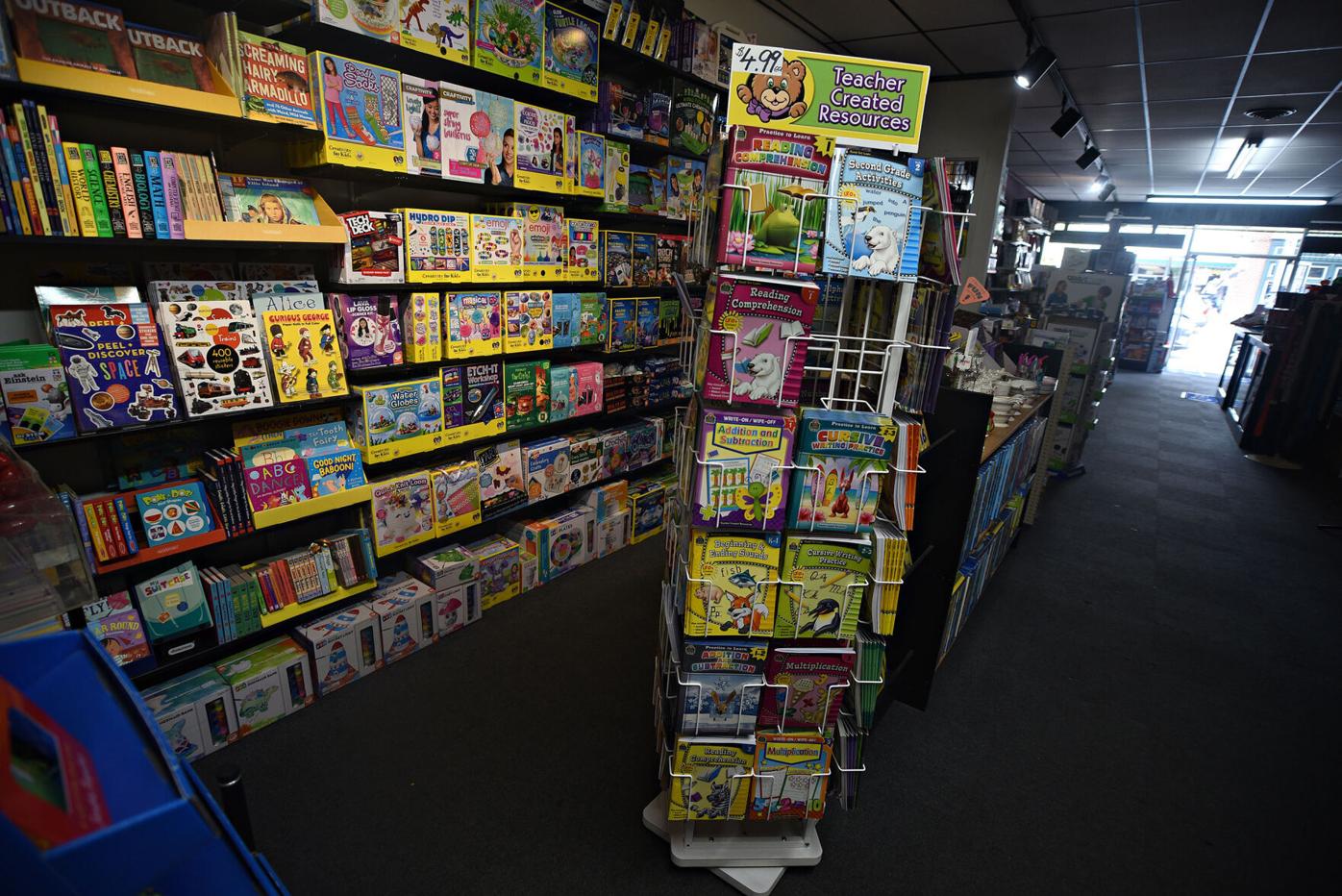 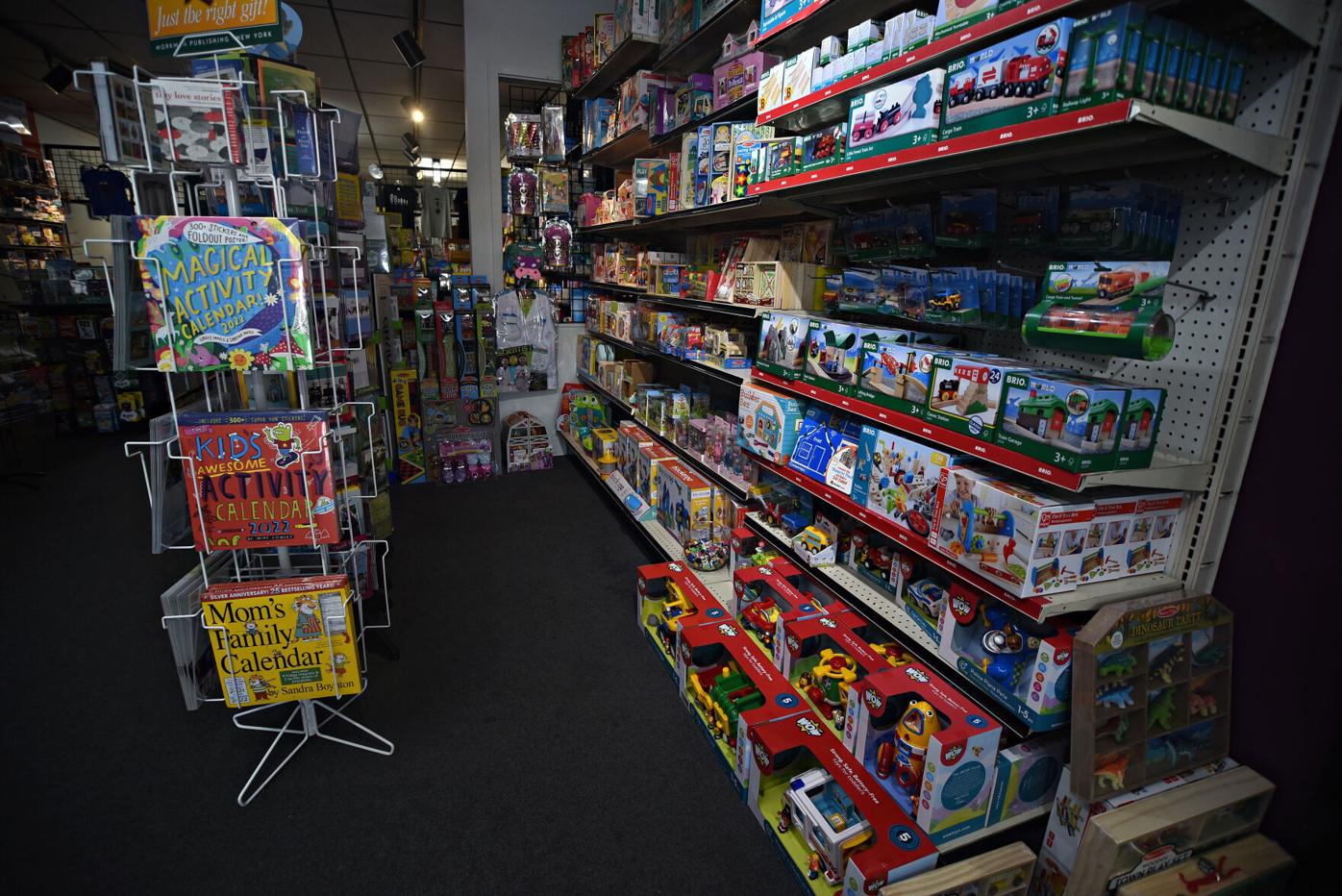 The pandemic has disrupted supply chains for everything from toilet paper to rental cars. Now add Christmas to the list.

Experts are warning of toy shortages and rising prices this season, because of problems up and down the supply chain. They’re telling parents to start their holiday shopping early.

In Brattleboro: ‘Only half of what’s ordered’

“Only half of what I ordered is shipping to me before Christmas,” said Leigh-Ann Cwikowski, owner of Love It Twice, a consignment store in Brattleboro.

Love It Twice stocks both new and second-hand toys, and Cwikowski said she also depends on customers bringing in used items to resell. That’s gotten harder, too.

“Lots of parents are now doing toy swaps,” she said.

In Bennington: Ordered early, and more

Though retailers often order their Christmas inventory in September, she said, the game and puzzle company Ravensburger already has stopped accepting new orders for 2021. A Ravensburger North America spokeswoman confirmed that, saying it was to keep retailers from “ending up with empty shelves.”

Outwater also ordered more than usual — simply hoping “to get in half to two-thirds of what I order,” she said.

People in the toy industry say various factors are disrupting the supply chain and driving up costs. One key factor is the shortage of shipping containers.

The Toy Association, a trade group, said last month that members reported shipping-container prices were up 500 to 800 percent — when they can be found at all. The CEOs of some major toymakers have told reporters they don’t have enough shipping containers to meet demand this fall. Others say they’ll be able to transport enough products, but warned of price increases because of increased shipping costs.

When containers do reach the U.S., experts say, they’re held up by backlogged ports and shortages of truck drivers and other workers. More than 60 ships were waiting to dock at the ports of Los Angeles and Long Beach at the end of last week.

“The World Delivers Boatloads of Uncertainty but Not Always Toys” was how the head of The Toy Association put it in one recent statement.

The cost of plastics and other raw materials has also risen, according to group.

“One thing after another is a myriad of problems that just keep coming,” said Steven Levy, who owns Toy City across the Connecticut River in Keene, N.H. “So then you get shortages of product. Now, the product is there, it’s just not here.”

Levy said there is plenty of demand for toys, but there probably won’t be enough supply until after the holidays.

“When will those containers get unloaded and distributed in a timely manner?” he said. “If it comes in after, say, Nov. 10, you’ve really lost the Christmas season. Because by the time they get through customs and get delivered to the retail stores, you’re gonna be maybe a week before Christmas.”

‘Supply chains have been tough’

Brian Robertshaw, the owner of Beadnik’s in Brattleboro, which sells newly manufactured retro toys, said he usually does his Christmas ordering around the end of October. He just brought home a stack of catalogs to get going on it early — though after talking to other retailers, he isn’t sure it’ll be early enough.

“Supply chains just in general, they’ve been tough over the last year,” he said. “Some of the toys we ordered for Christmas of last year have just come in, nine months later.”

The disruption has also hit the video-game industry, according to Keith Carey, owner of The Gamers Grotto in Bennington.

He said the biggest shortage in the industry has been hardware. Game consoles require chips, he said, and they’ve been in short supply globally.

He said he’s ordering whatever he can from distributors.

“I’ve been maximizing everything that becomes available to me by pulling as much as I can, where before I would only pull what I knew I could sell,” he said.

Customers have continued to bring in preowned consoles, which Carey also sells. That’s helped offset the need for new inventory.

Availability isn’t a problem for the store’s non-electronic items, like Magic: The Gathering cards and board games, he said. But materials costs are driving up prices.

“The prices on everything are going up,” Carey said, sometimes as much as 10 to 25 percent.

Bring them if you’ve got them

Cwikowski, of Love It Twice, is encouraging people to bring in their used toys so others can buy them. Some of her customers, she noted, rely on the consignment store because they can’t afford new toys at big chain retailers.

“You’re helping us stay afloat, but you’re also helping other members of the community who are looking for those items,” she said.

Outwater said Knapp’s is well-stocked, and she expects to have enough inventory this year. But shoppers probably won’t be able to request items on-demand and might have to adjust their expectations.

“This is an across-the-board thing, it’s not just my store,” she said. “So when people get down to crunch time, they’re gonna have to be happy with whatever they can get.”