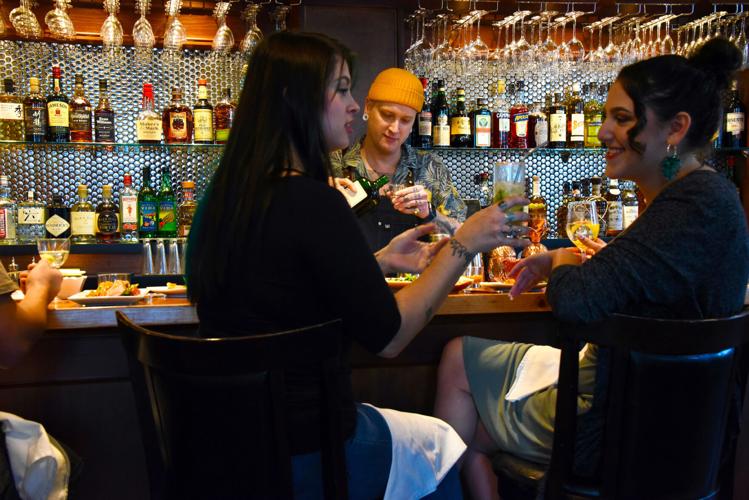 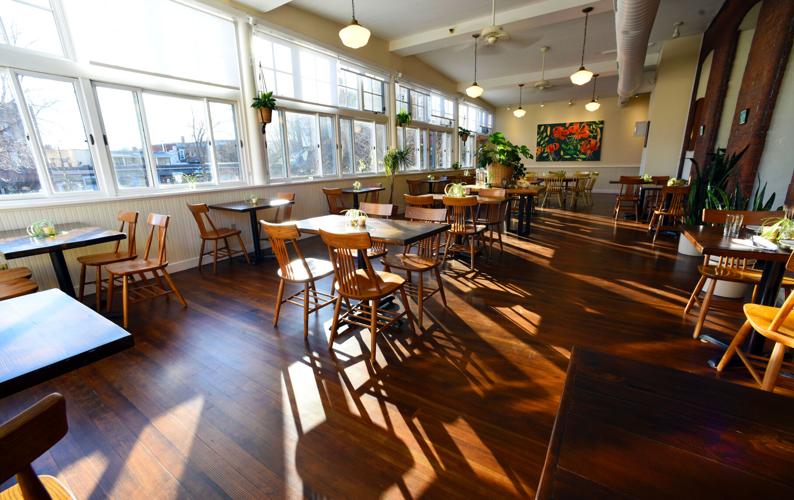 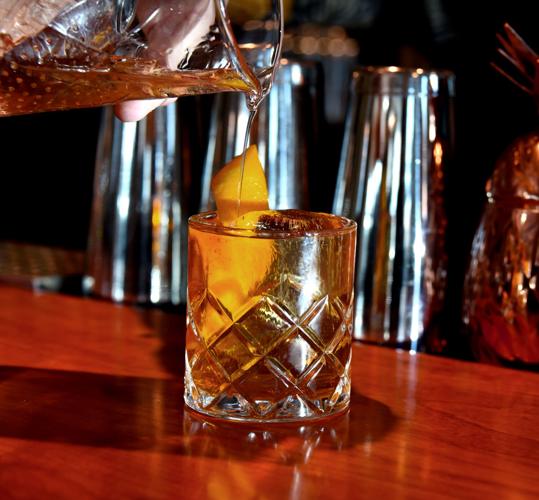 An old fashioned is poured at A Vermont Table. 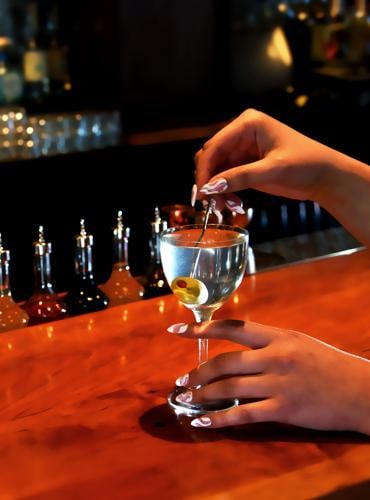 A martini is mixed at A Vermont Table.

An old fashioned is poured at A Vermont Table.

A martini is mixed at A Vermont Table.

BRATTLEBORO — You may now be seated at A Vermont Table.

Started about 15 years ago by Terri Ziter as a catering company, A Vermont Table opened a restaurant last week on the main floor of the Green Street and High building owned by Tom Bodett and formerly known as Midtown Mall.

“We just want to be a place where people can stay for as little or as long as they want and just escape the day-to-day for a minute and just take a breath and relax, and celebrate the experience of food and beverages and socialization,” said Jamie Pessoa Monteiro, general manager and co-owner.

About a year ago, Bratton approached Gabe and Jamie about opening a bar and restaurant.

“It was a good time for us,” Gabe said. “We spent almost a year developing it. Finally, we’re ready.”

A Vermont Table opened last week. The bar and dining room are open 5 to 9 p.m. Thursday, 5 to 9:30 p.m. Friday and Saturday, and 10 a.m. to 2 p.m. Sunday for brunch. The bar stays open for snacks and drinks until 11 p.m. Friday and midnight Saturday.

Jamie and Gabe met by chance in a park in New York City. Jamie grew up in the local area and was studying design at Pratt Institute in Brooklyn.

“Coming back to Vermont allows me a lot more time to work on my art,” said Jamie, who earned a bachelor’s degree in fine arts. “I want to get more involved in the arts community in Brattleboro because it’s starting to thrive. It’s starting to pop.”

Her plan is to have a “revolving art space” in the restaurant, get involved in Gallery Walk and host live music.

Gabe attended culinary school in Brazil, then came to New York to help friends who were opening a fine dining French restaurant. He said he met a lot of cool people in New York but he loves Vermont — he enjoys snowboarding all winter, then riding mountain bikes and dirt bikes in warmer weather.

He grew up on his grandparents’ sustainable farm.

Jamie’s parents took over her grandparents’ house in Brookline, and Jamie and Gabe took over their farm. Gabe said they plan to grow edible flowers and veggies for the restaurant, as well as herbs for the bar.

Gabe propagated most of the plants in the dining space. Windows let a lot of natural light in the room.

Bratton moved to Los Angeles but will still be responsible for office duties.

Jamie said the owners are taking on “key roles” to help keep control over quality, and a lot of staff worked for them previously on catering jobs.

“We have a really good culture,” she said.

Offsite catering will still be offered. Jamie said the restaurant opening had been delayed by a very successful wedding season.

“We wanted to get through that then launch the restaurant,” she said, acknowledging how post-foliage season is a strange time to open.

Jamie said the owners are “very close” to other restaurant owners in town and their philosophy is to lift the community, not to dominate in town. Higher tides lift all boats, she added.

The bar also is partnering with sustainable cocktail companies, and family-owned and female-owned wine companies.

“We’re trying to work with ethical distributors and companies,” Jamie said, “obviously sourcing farm to table seasonally when we can.”

Customers can order non-alcoholic cocktails and wines for whatever reason they choose not to drink, Gabe said. He wants to ensure they have an authentic bar experience.

Just before opening, A Vermont Table obtained a machine that makes clear ice.

“This is where you get into the geekiness of the cocktail world,” Jamie said. “The dissolution of ice is really important to maintaining the integrity of the cocktail and making its presentation optimal.”

Meals are made with an eye toward highlighting the ingredients available in season. The restaurant will have a rotating menu with “small bites” available at the bar.

“We have a little something for everyone,” Jamie said.

A handmade pasta program will be debuted in winter.

“Our mission is really to be a true farm-to-table restaurant,” said Nick Dickison, executive chef and co-owner. “A lot of the produce, a lot of the vegetables on the plates here, came directly from the farms, from the dirt, into our back doors.”

Dickison said the chefs will not be trying to cover up, disguise or manipulate the taste of meat or veggies.

Reservations can be made through the website. Jamie, who will be responding to each request, said she loves throwing a party rather than attending one. She plans to take dietary restrictions and other plans into consideration when reserving tables to make it the best experience for customers.

A bartender catering program is anticipated to launch in the spring and summer. The restaurant also can host events.

Currently, the space is configured to seat 48 in the dining room and nine at the bar. Later, once all the logistics are ironed out, it can support a total of 63 seats.