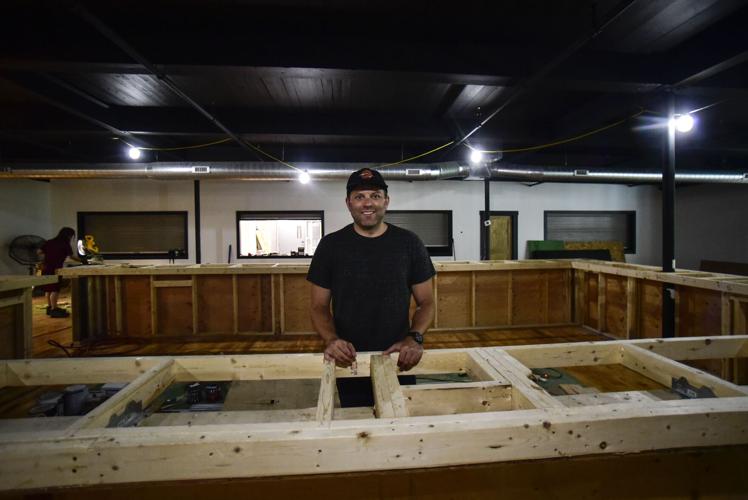 Derek Soldenski received conditional use approval to operate a bar with entertainment at Vermont Marketplace on Canal Street. 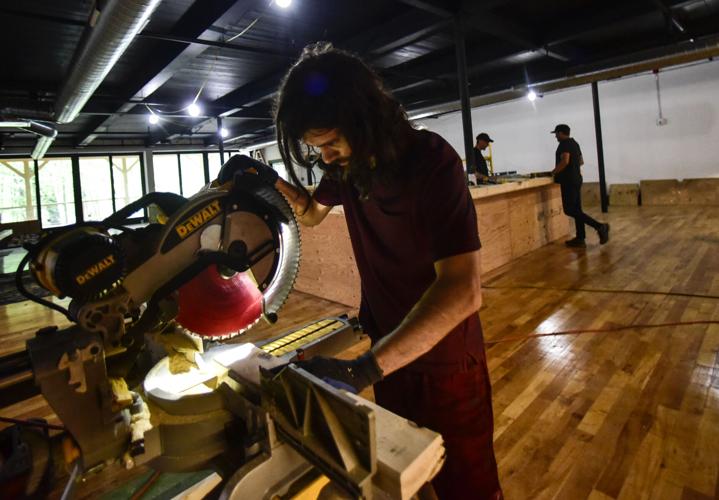 Jeremy Crochetire cuts up a piece of wood while working on a new bar at the Vermont Marketplace.

Derek Soldenski received conditional use approval to operate a bar with entertainment at Vermont Marketplace on Canal Street.

Jeremy Crochetire cuts up a piece of wood while working on a new bar at the Vermont Marketplace.

BRATTLEBORO — Plans to open Bar 580 at Vermont Marketplace in a shared space with four restaurants received the blessing of the Development Review Board.

“The building itself has been fully remodeled,” Derek Soldenski said during a DRB hearing last week. “There’s a nice outdoor patio, and the idea is to just have food and drink inside that space.”

Soldenski was seeking conditional use approval to operate a bar with entertainment at the Canal Street site formerly known as the Exit 1 Outlet Center. The DRB approved the proposal in a 5-1 vote, with one condition being that live entertainment only occur inside the establishment.

A sign can be approved by the town’s zoning administrator, the board ruled. Currently, the sign outside Vermont Marketplace is in violation of local zoning ordinances and the board has allowed it to remain for one year from August 2021 until it must come into conformance.

A site plan for Vermont Marketplace had previously been approved by the DRB. However, the sign was deemed too large and tall, and it cannot be internally lit.

Soldenski said he would like to have the bar advertised on a sign inside the building. He did not propose any additional lighting to the site.

Work is underway on setting up the bar, Soldenski told the Reformer, anticipating an opening in September or October. Now, with DRB approval and a liquor license from the town, the project is closer to fruition.

When the topic of traffic concerns came up, Zoning Administrator Brian Bannon said “impacts for the building as a whole were too small to conduct a traffic study.” Two board members noted the issue came up when they discussed the site plan and they feel the bar would not substantially affect the volume.

Stephen Page, who owns the neighboring gas station and Burger King, asked if being near Brattleboro Union High School would be an issue for the applicant. Bannon said Building A Positive Community, formerly known as the Brattleboro Area Prevention Coalition, has asked the town to restrict liquor licenses for properties near schools but the Select Board has not adopted the change.