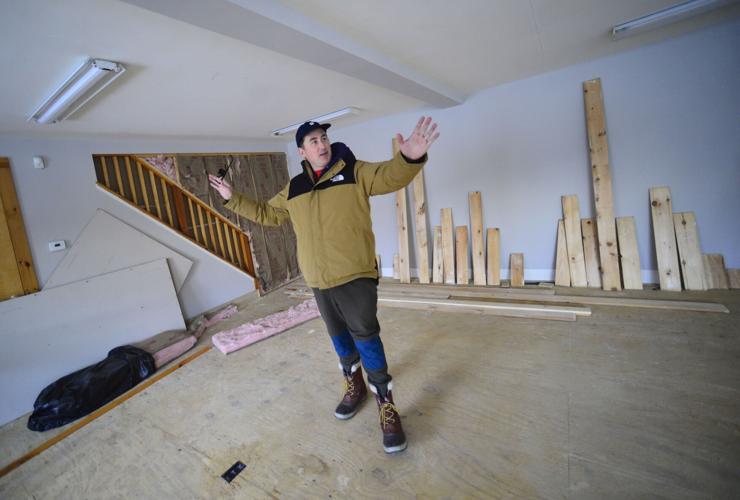 Brian Holt, an owner of 1a Coffee Roasters in Wilmington, talks about the layout of the kitchen. 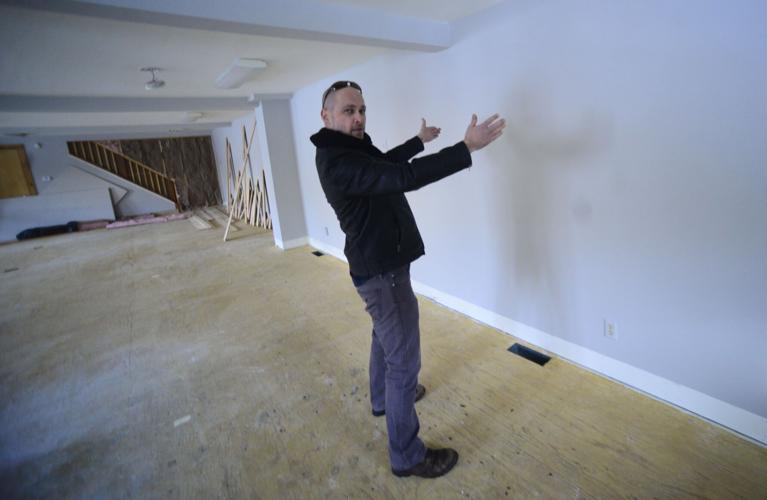 Andrew Allen, an owner of Starfire Bakery in Wilmington, shows where the bread wall will be when people walk in. 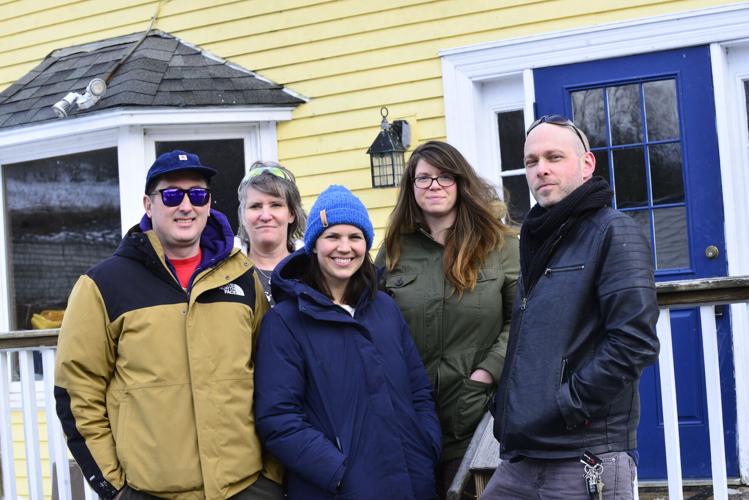 The team members behind the upcoming 1a Coffee Roasters and Starfire Bakery in Wilmington include Brian Holt, 1a employee Amie Florence, Chrystal Holt, Carolyn Weston and Andrew Allen.

Brian Holt, an owner of 1a Coffee Roasters in Wilmington, talks about the layout of the kitchen.

Andrew Allen, an owner of Starfire Bakery in Wilmington, shows where the bread wall will be when people walk in.

The team members behind the upcoming 1a Coffee Roasters and Starfire Bakery in Wilmington include Brian Holt, 1a employee Amie Florence, Chrystal Holt, Carolyn Weston and Andrew Allen.

WILMINGTON — Starfire Bakery will soon have a storefront thanks to a collaboration with 1a Coffee Roasters.

The two businesses are relatively new and joined forces earlier. About a year and half ago, 1a opened at 123 West Main St.

“We were seeking some pretty elevated baked goods and stuff like that, so we went through a lot of bakers in the area,” said Brian Holt, who owns 1a with his wife, Chrystal.

Holt recalled having good chemistry instantly when Andrew Allen walked into the shop. He provided Allen and his partner, Carolyn Weston, with a pastry recipe that he said they mastered.

Having such high demand for their baked goods and coffee, the couples teamed up to take over 103 West Main St., which was formerly home to Gallery Wright Sticks & Stones Studio. They recently purchased the building with plans to turn the bottom floor into a commercial bakery with some retail space, and offer employee housing on the top floor.

Allen said he and Weston were instantly drawn to each other. Food became a common ground for them right away.

About six years ago, they eloped and decided they wanted to make food together.

“We feel we can make food exceptionally well,” Allen said.

“I worked with guys from the Middle East early on in my life and really got to love their food,” he said. “That was kind of a gateway to food I never had in my life, flavors, concepts, and it went on from there.”

Over time, Allen has started getting into baking pastries and other sweets.

Having always enjoyed baking, Weston taught herself and researched recipes. Meeting Allen, she said, opened doors for both of them. They want to share food they’ve tasted in other places, inside and outside of the U.S.

Weston recounted losing power at their home, when Allen went out looking for a decent cup of coffee and went to 1a. He said he offered to help the business with baked goods and provided a sample box.

Holt and his wife spent a lot of time in Europe, enjoying the different foods and flavors they tasted there. Holt said they found the “global aspect” of Starfire “instantly captivating.”

1a brings in coffee from different countries. Its owners have “direct contact with people who ensure everyone along the coffee chain is treated fairly and can earn a livable wage,” according to its website.

Allen and Weston moved to the area from Central Massachusetts about two years ago with the idea of opening a bakery. They built a stand in front of their house to sell their goods.

Allen said the couple respects how the “Main Street economy” is still valued locally. He called the response from customers “phenomenal.”

“People were just amazed at the variety,” he said.

Renovations at the new spot are underway and will include new flooring, sectioning off the retail space and getting enough power to handle baking operations. The hope is to open in early April.

Holt said the project will go before the Wilmington Development Review Board on March 7. Approval of a change of use, from retail to retail/restaurant, is needed.

Weston expects the menu will change regularly and also have some mainstays, with an eye toward making good pairings with the coffee offered.

“We definitely want to have breakfast pastries here, danishes, croissants,” she said. “We like making bear claws a lot.”

The couple has already begun catering celebrations and events.

Opening a bakery next door starts to complete a vision 1a’s owners have to bring more activity to an area outside the designated downtown district. Allen said he would like to eventually have more seating, as well as dinners centered around bread and dessert.

Chrystal Holt highlighted how cooperation and collaboration between the two groups are making their businesses better and improving the local offerings.

WILMINGTON — If all goes well, Starfire Bakery will soon be going brick and mortar.

WILMINGTON — Since 1a Coffee Roasters owners Brian and Chrystal Holt started their business late last year, all their labeling has contained t…