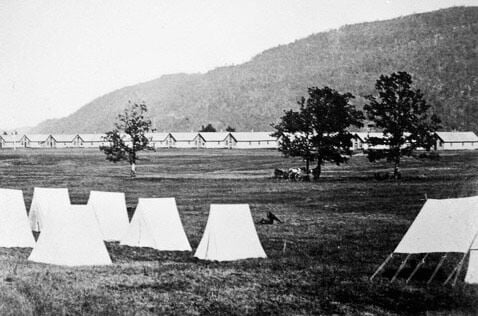 The Civil War military camp at the fairground in Brattleboro. 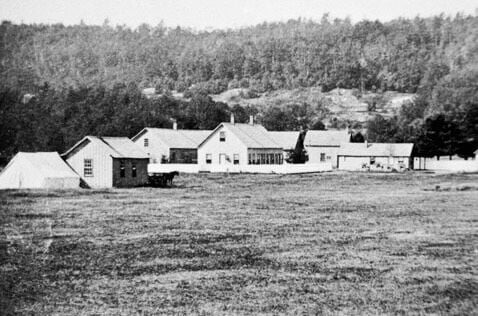 A military hospital was built on the fairground in Brattleboro during the Civil War. 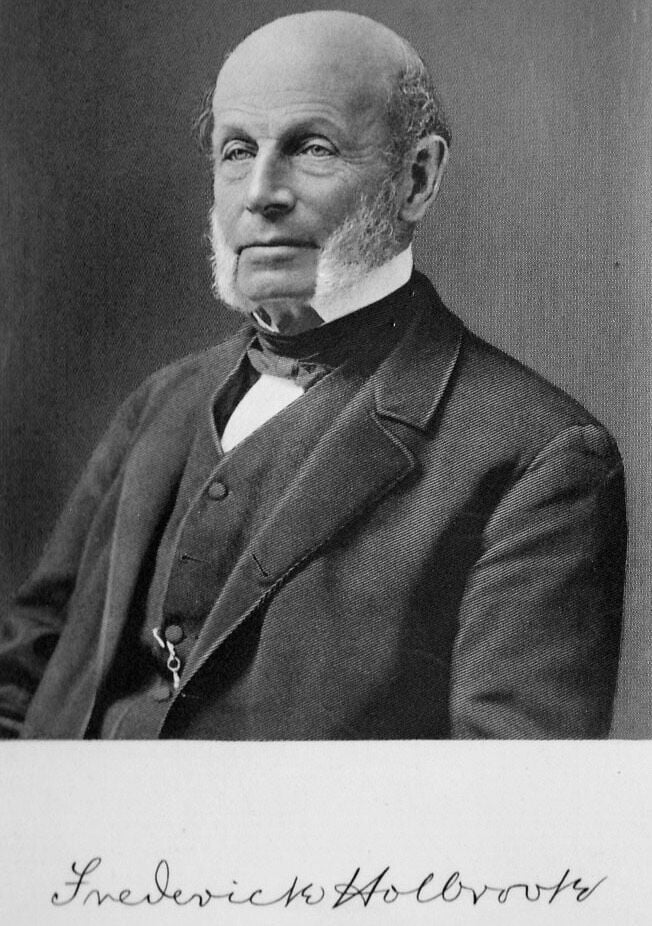 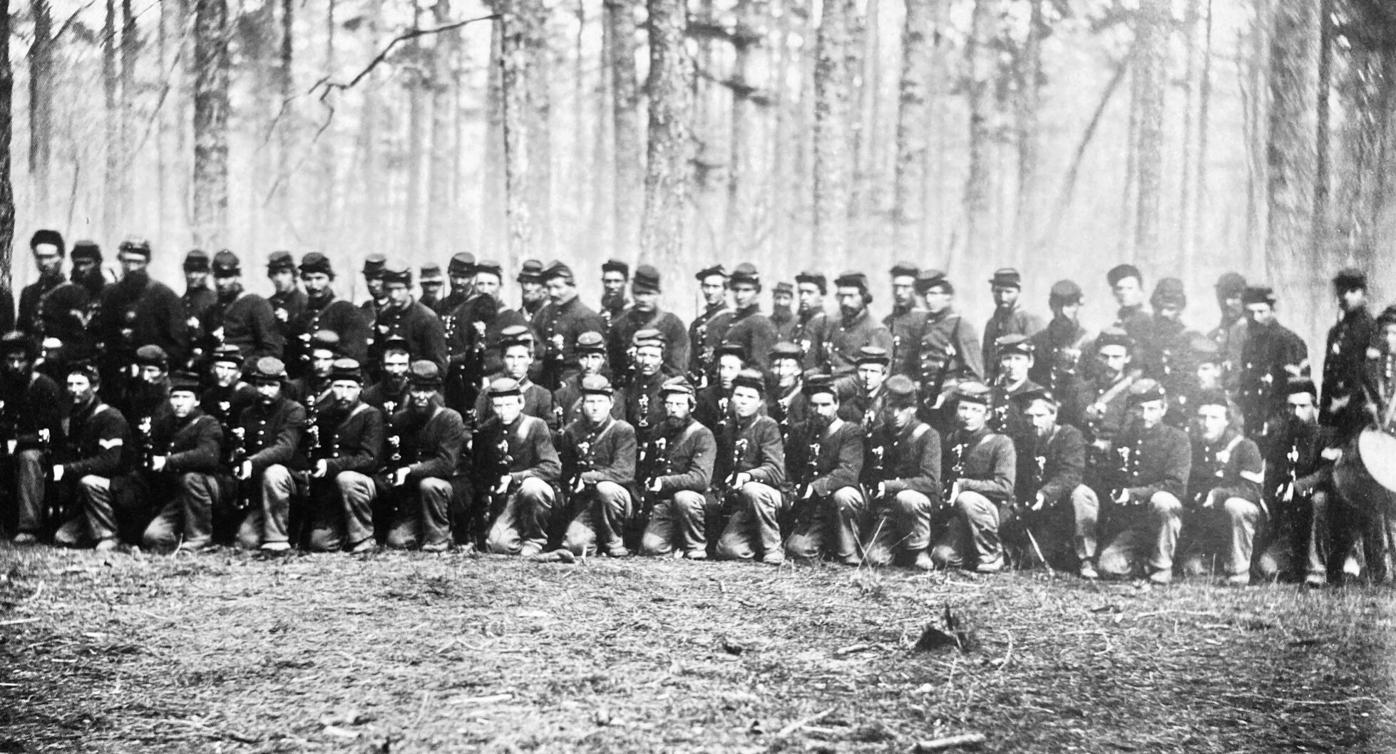 The 4th Vermont Regiment was first to muster in at Brattleboro during the Civil War.

The Civil War military camp at the fairground in Brattleboro.

A military hospital was built on the fairground in Brattleboro during the Civil War.

The 4th Vermont Regiment was first to muster in at Brattleboro during the Civil War.

One hundred and sixty years ago, the land now occupied by the public school complex on Fairground Road was part of a Civil War military camp. In May 1861, the 1st Vermont Regiment was organized in Rutland. Approximately 1,000 men from around the state had responded to President Lincoln’s call for soldiers to serve three months in the cause of preserving the Union.

A local man, Colonel John Phelps, was chosen to lead these troops south to Washington, DC. Colonel Phelps was a graduate of West Point and an able military leader. He was quickly promoted to brigadier general and led the Vermont troops, and soldiers from Massachusetts and New York, in defense of the United States capital.

In August 1861 General Phelps ordered the 1st Vermont Regiment to report to Brattleboro, where they were to set up camp and “muster out” of the Army. The soldiers had served their three months and had not yet been paid. Part of the mustering out process was to receive pay and sign official paperwork to formally leave the army. Once a soldier was officially mustered out they could return home.

The local newspaper reported, “The regiment is encamped on the Fair Ground about one mile south of the village. The field is very level, the grounds are ample, and the soil is dry and sandy, yet covered with a beautiful turf. Water in sufficient quantities is available. The soldiers express themselves much pleased with their location and accommodations.”

The 1st Vermont Regiment remained in Brattleboro for 10 days while they waited for the mustering officer to arrive with their soldier’s pay. Privates received approximately $50 for their three months service and were also given allowances to cover their travel from Brattleboro back to their hometowns.

In the summer of 1861 the Civil War was not going well for the Union and President Lincoln called for more soldiers. Army regiments were made up of about 1,000 soldiers. The goal was for a regiment to have 10 companies of 100 soldiers each. Typically, companies were formed by recruiting soldiers in specific geographic areas. For example, Company C of the 2nd Vermont Regiment consisted of soldiers from the Brattleboro area. In June 1861 the 2nd Vermont Regiment “mustered in” at Burlington. In July 1861 the 3rd Vermont Regiment “mustered in” at St. Johnsbury. To “muster in” means to officially enroll in military service. Soldiers in these regiments enlisted for three years instead of three months.

On September 3, 1861 Brattleboro’s Frederick Holbrook was elected Governor of Vermont. He would officially take office in October. Later in September, the 4th Vermont Regiment “mustered in” at the Brattleboro fairground site.

The communities that were chosen to “muster in” regiments benefited economically from the influx of 1,000 soldiers. The mustering process usually took a few weeks. Once soldiers were officially enrolled in the military, they needed uniforms, equipment and training. The soldiers also needed to be fed, and many would go into town to shop before they boarded train cars heading south towards the war.

The local newspaper reported that Brattleboro was chosen as Vermont’s main military camp because it was close to the railroad depot and was also near two major food producers, George Clark’s dairy and produce farm, and William Richardson’s cattle operation and slaughterhouse. Both businesses were right next to the camp. Venter’s Brook was a nearby clean water supply. The brook fed into a pond, which pumped fresh water to a reservoir on the southern edge of the camp. A contract to feed the soldiers was given to two local grocery merchants, John Frost and Francis Goodhue.

Late in 1861 the Brattleboro military camp became semi-permanent. Governor Holbrook ordered sectional barracks from a manufacturer in Burlington. The barracks were loaded on trains and delivered to Brattleboro. Each building was 16 feet by 24 feet and could sleep about 50 soldiers. Large temporary buildings were also constructed for cooking and dining. At its height, the military camp had about 60 barracks and could house up to 3,000 soldiers.

There were real concerns about the health and welfare of hospitalized soldiers. Historians report that two thirds of Civil War casualties were the result of illness, not battle-related injuries. Eventually, in early 1863, Governor Holbrook was given six months to prove the hospital’s value. The construction for the hospital began in February 1863. The hospital was credited with a higher survival rate than was shown at other Union hospitals and the six month experiment was considered a success.

Governor Holbrook kept construction costs down by repurposing some of the buildings and turning them into components of the hospital. Barracks were moved from the northeast corner of the camp and relocated to the southwest section. This area was more protected from winter winds. Governor Holbrook described it this way, “the old barrack buildings were moved to form a hollow square and fitted up with plaster walls, good floors, chimneys, ventilation, and an abundance of pure spring water.” In 1864 there were as many as 1,100 soldiers in the hospital at a time. The hospital treated over 4,500 soldiers. Less than 100 soldier deaths were recorded.

Twenty one soldier’s bodies were not claimed by friends or relatives and were buried on the eastern edge of the military camp. After the war ended, the bodies were moved to Prospect Hill Cemetery. The remains of two soldiers have since been removed by relatives and 19 remain in the Soldier’s Lot.

Between 1861 and 1865 Governor Holbrook estimated that 13,650 soldiers “mustered in and out” of the Brattleboro military camp and over 4,500 sick and injured soldiers were treated at the military hospital. In 1866 most of the military buildings were sold, dismantled and relocated. The military camp and hospital returned to its status as the local fairground.