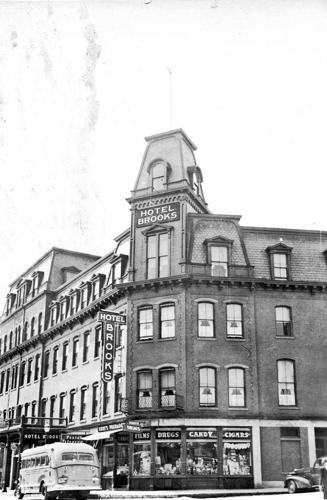 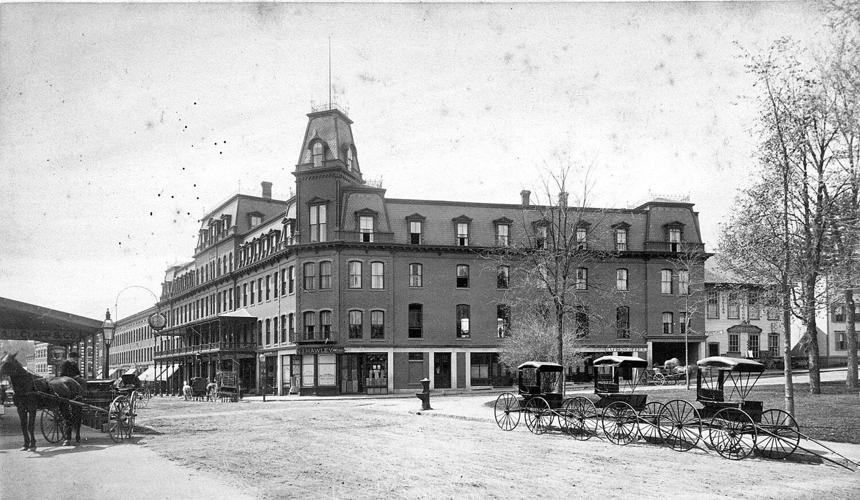 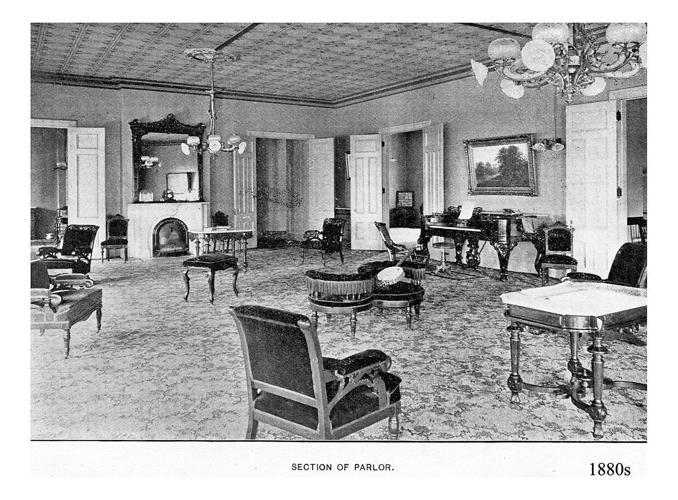 Inside the Brooks House in the 1880s.

Inside the Brooks House in the 1880s.

BRATTLEBORO — In November 1869, the St. Albans Weekly Messenger reported on the status of Brattleboro, a town that was about as far away from St. Albans as you could get and still be in Vermont. The paper was commenting on Brattleboro's recent hard times. In October, a Whetstone Brook freshet had wiped out many of the businesses along the brook and in early November a fire had destroyed all of the businesses on the west side of Main Street between Elliot and High streets.

The St. Albans paper said the two events caused the town to suffer severely, much of Main Street and the commercial district no longer existed. The paper wrote that the two disasters created a "hard load to bear."

In the summer of 1870 the future of Brattleboro was in doubt. The town's financial leaders had contacted investors throughout New England in hopes of finding someone who might have the capital to revitalize the downtown area. Half a year had passed and no one came forward.

In July 1870, local businessman Edward Crosby stepped forward and bought the southern end of the burnt portion of Main Street from the Blake family. The land cost $30,000 and provided 208 feet of Main Street frontage. Crosby's plan was to build a 200-foot commercial block that would house several storefronts and a bank. He placed an order for one million bricks and the project began quickly.

Crosby's local leadership inspired George Brooks, another successful businessman, to purchase the remaining northern end of the burnt section of Main Street. The lot had 175 feet of frontage on Main Street and cost $15,000.

In December 1870, the Rutland Herald reported that the last brick on the Crosby Block had been placed, the immense roof had been tinned and the scaffolding had been removed. The steam boilers were installed and the inside of the building was ready for the finish work necessary to complete the project. Opening day was scheduled for March 1871.

Meanwhile, George Brooks worked with the architectural firm, E. Boyden and Son of Worcester, Massachusetts, to come up with a design for a commercial block that would contain several storefronts and a hotel. The Boyden Company had recently designed the Baptist Church on Main Street and was well respected.

The first brick was laid for the Brooks House block on May 1, 1871. According to the Vermont Phoenix, more than one million bricks were used and 500,000 feet of lumber was placed in the interior of the building. The Brooks House hotel and commercial block cost $110,000 to build, the land was $15,000 and inside furnishings brought the total bill to $150,000.

The Brooks House and the Crosby Block were constructed within a year of one another and brought new life to downtown. The two men who financed these buildings were local; but worldly in their business ventures.

Edward Crosby grew up poor in West Brattleboro and Marlboro. He began farming and eventually got involved in the grain and flour milling business. He gained and lost a fortune, learned from his mistakes and rebuilt a northeastern milling empire.

George Brooks grew up in Chesterfield, N.H., and worked in Brattleboro during his early years. He worked in Alabama, Illinois and New York City before traveling to San Francisco in 1850. He made his fortune during the Gold Rush. He didn't mine for gold, he sold finely milled paper that recorded all of the business transactions in the greater California region. He became a very wealthy landowner in San Francisco and retired from business in 1862. He then split his time living in both Brattleboro and San Francisco.

In April 1872, the completion of the Brooks House hotel, located on the corner of High and Main streets, was big news throughout Vermont. Over 100 miles away, in a little newspaper in Newbury, Vermont this was written about the Brooks House: "It is a magnificent structure, and will be supplied with every modern convenience and comfort for transient and permanent guests; and the people of Brattleboro rejoice in its construction "

The creation of the Brooks House was an important achievement for the town. It capped off the efforts of Edward Crosby and George Brooks to remake downtown Brattleboro. In April 1872, the Vermont Phoenix reported that "the Brooks House is vastly superior to the average hotel, and may justly challenge comparisons with any of the first class hotels in the country. The building is of a modern style of architecture, four stories high, surmounted by a French roof and towers and occupies the corner of Main and High Streets."

The total length of street frontage was almost 300 feet. The first floor was mostly occupied by stores. A veranda on the front of the building ran for 90 feet and was 11 feet wide. There were 80 sleeping rooms on the third and fourth floors. A large dining area and a ballroom also were attractive features of the hotel.

Through the years the Brooks House continued to serve Brattleboro well. For more than 70 years it maintained its stateliness as a premier hotel. In 1970 the building was repurposed as a mixed use site with studio apartments and one room apartments on the third and fourth floors. The first and second floors were occupied with stores and restaurants.

In 2011, 142 years after a fire had destroyed the site, another fire devastated the Brooks House. Building inspectors wondered whether it could be saved. Engineer Bob Stevens, lawyer Craig Miskovich, and three businessmen with local ties to Brattleboro, Peter and Drew Richards, and Ben Taggard, eventually took ownership of the burned out building and began efforts to reimagine how it could be saved and brought back to life.

With local and state support, the five developers were able to put together a plan that met financing criteria. In 2014, after a great deal of work, the Brooks House reopened. It now has 31 apartments, various storefronts, and houses two college satellites, Community College of Vermont and Vermont Technical College. The building was reconstructed and an addition was placed on the back side to accommodate the college satellites. The cost was about $23 million and it remains the largest commercial building in downtown Brattleboro. Once again, as in the 1870s, it was local interest that eventually rose to face the devastation of fire and revitalize Main Street.

We'd like to thank 8th grade BAMS students, Will, Erika and Brandon for helping us research this story.