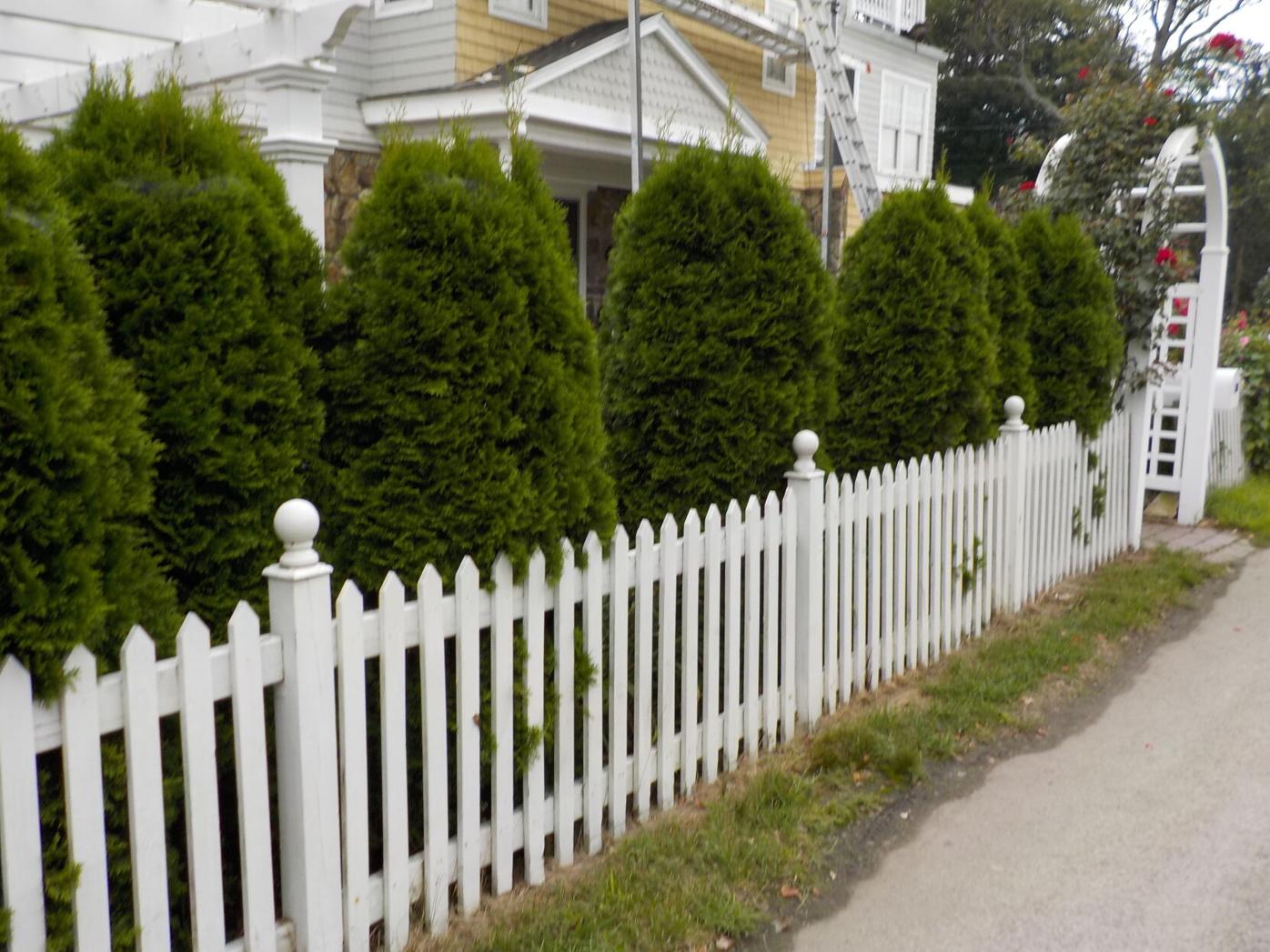 This picket fence is supplemented with a living hedge to block the view from the street. 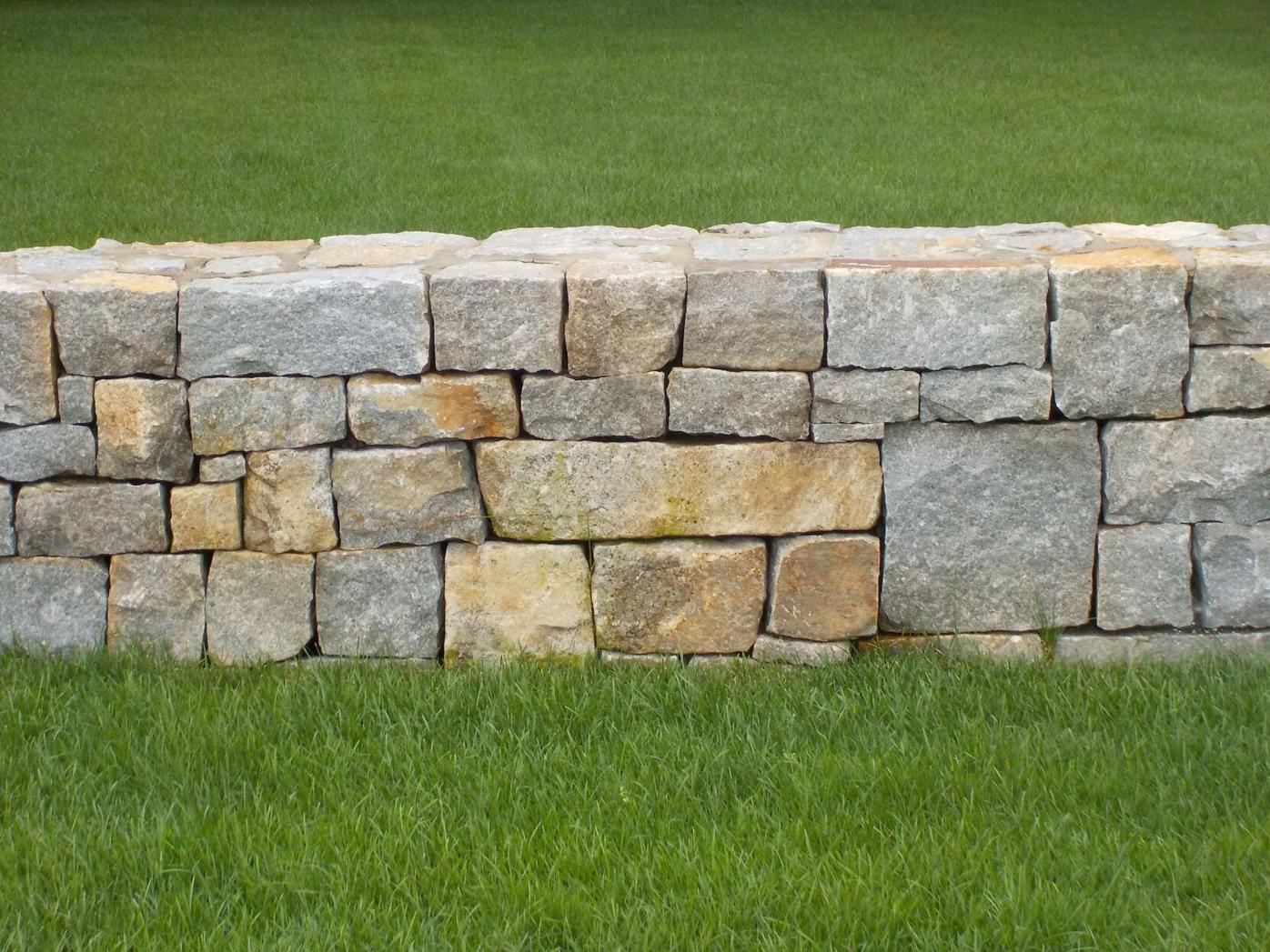 Stone walls are difficult to build well, but should last forever. 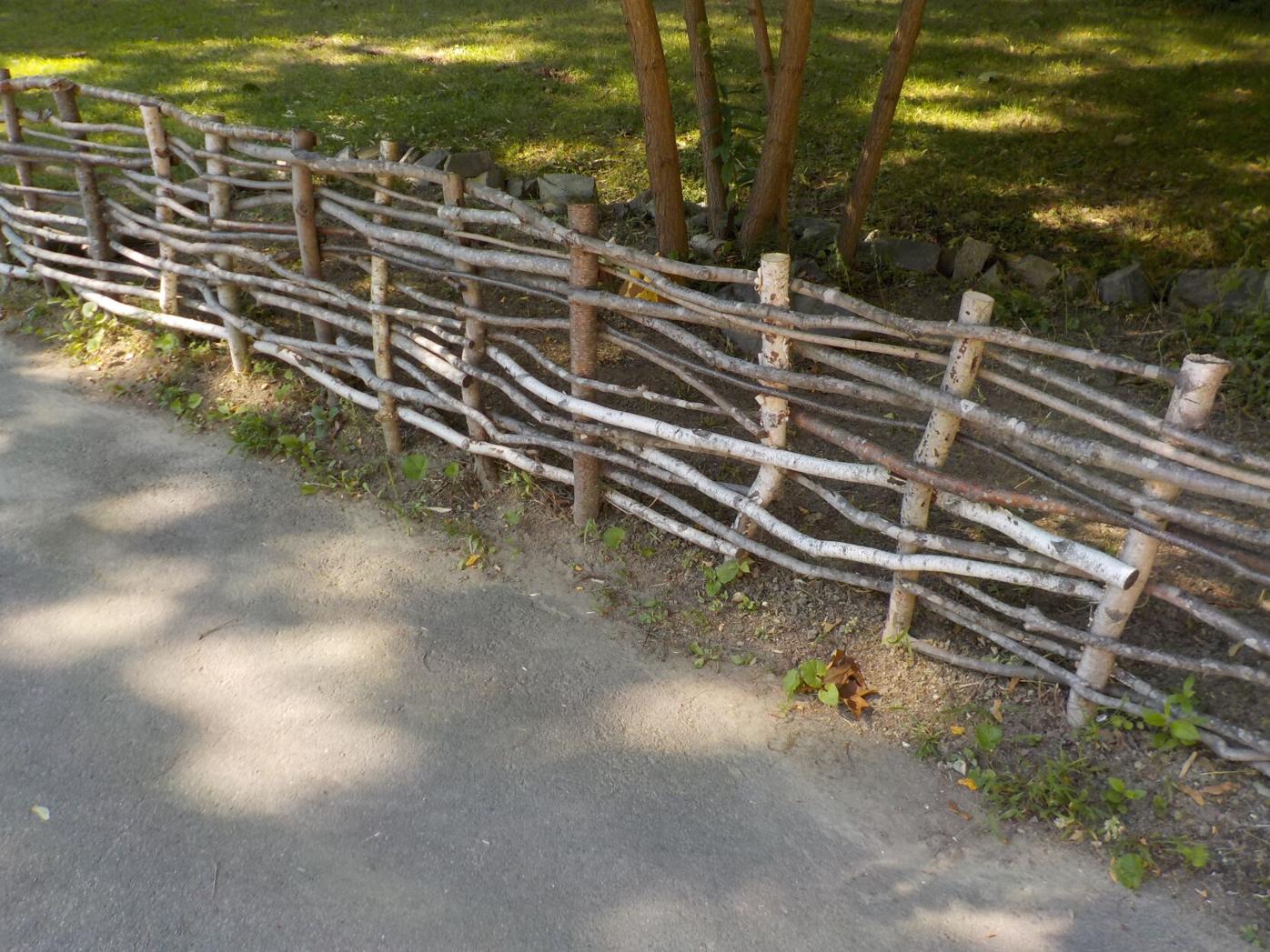 You could build this simple wattle fence.

This picket fence is supplemented with a living hedge to block the view from the street.

Stone walls are difficult to build well, but should last forever.

You could build this simple wattle fence.

While vacationing recently on the Maine coast, I admired many nice gardens. Many of them had hedges or fences, more than I am used to seeing in rural New Hampshire.

When settlers first arrived in New England they dug out stones left by the glaciers some 10,000 years before. They piled them up to clear farm fields, and began making stone walls to define property borders and to contain animals — or to keep them out. Gradually dry stone wallers learned how to make them look good and last forever.

Building a stone wall or retaining wall is hard work, and expensive to have someone else build. If you want to build your own, remember 3 things: First, the soil moves in winter as it freezes and thaws. This can make walls tumble if not properly built. Wallers have learned to add drainage under and around a wall: at least a foot of one-inch crushed stone in a trench beneath the wall works well. Round pebbles will act as ball bearings would, allowing stones to move.

Each stone should touch 4 others, two below it, two above it. Stones should not be stacked one on top of another, much the way bricks are laid. This helps to tie it all together and prevent movement.

Lastly, use a long string to keep the wall straight and level. Or if you are creating a curved wall, define it carefully before starting. You can place a garden hose on the soil to help define the curve.

Early settlers also made wattle fences. I talked to Crow Boutin, who makes his living making wattle fences in the Kennebunk area of Maine. These fences are simple: he cuts lengths of fresh yellow birch that are 1- to 2-inches in diameter. First he makes “pencils” that he drives in the ground with a hammer after he cuts them to length and sharpens them with an axe. Then he weaves pieces of birch 8 to 10 feet long between the vertical pencils that he spaces about 16 inches apart. The tension of the bent stems holds the fence in place. Simple? You bet, and something you could try.

But why do people need fences or hedges? Some are just for the looks, or to create a backdrop for flowers. Others are to keep others from looking into the yard, or to keep animals in (or out). Let’s take a look at a few I saw.

The nicest fences I saw were white picket fences. Maybe I like them because my grandfather had one, and I remember it from my youth. They show off flowers well, and allow climbers to climb on them. But generally you have to pay someone to install them, and, as Tom Sawyer knew, you must paint them from time to time. Now these fences come in a variety of materials including fiberglass or plastic that need no painting.

Living fences – called hedges – come in a variety of species. Evergreen hedges like yew or arborvitae can look good summer and winter, but are often eaten by deer. Hemlock and pine are less likely to be predated by deer, but they will grow to 60 feet tall unless they are trimmed every year – and most somehow escape and do get tall.

Rugosa roses are commonly used as hedges on the Maine coast. They will grow in sandy soil and produce copious fragrant flowers and handsome red fruits in the fall. But they look bedraggled over time, and aren’t green in winter. Their thorns do keep people and pets from cutting corners through the yard.

Lilacs look great when blooming and have handsome green leaves 8 or 9 months of the year, but do little to block the view of your house and yard in winter. They do best in sweet soil, so add limestone every year or three to keep them blooming nicely. Lilacs, too, need trimming or they can get gangly.

The split rail fence is generally made of cedar, which lasts a long time – up to 20 years. It creates a rustic look, but neither keeps animals out nor blocks the nosy neighbor’s view. It will keep cars from parking on your lawn, and can support vines like roses or clematis.

Less common fences include stockade fences – tall wooden fences that block all view of the yard. What you need if you like to sunbathe nude in the garden and have a near neighbor. Definitely not a friendly signal to neighbors. Iron rail fences, wire fences and chain link fences all have their uses, but I can’t imagine having one installed.

Lastly, there is the deer fence. Many gardeners use them in order to grow vegetables, or to have tulips in the spring. Nowadays there are woven plastic fences that are inexpensive and come in 8-foot widths that work well to keep out deer. You can install them yourself on posts or stakes you cut in the forest. They work – unless you leave the gate open! Me? I have depended on having dogs to scare away the wildlife for many years. They did the job well, though I am now looking to adopt a dog as my corgi, Daphne, passed away a year ago. And I love dogs, too, which I can’t say for fences.

Henry Homeyer is a UNH Master Gardener and the author or four gardening books. Reach him at henry.homeyer@comcast.net.