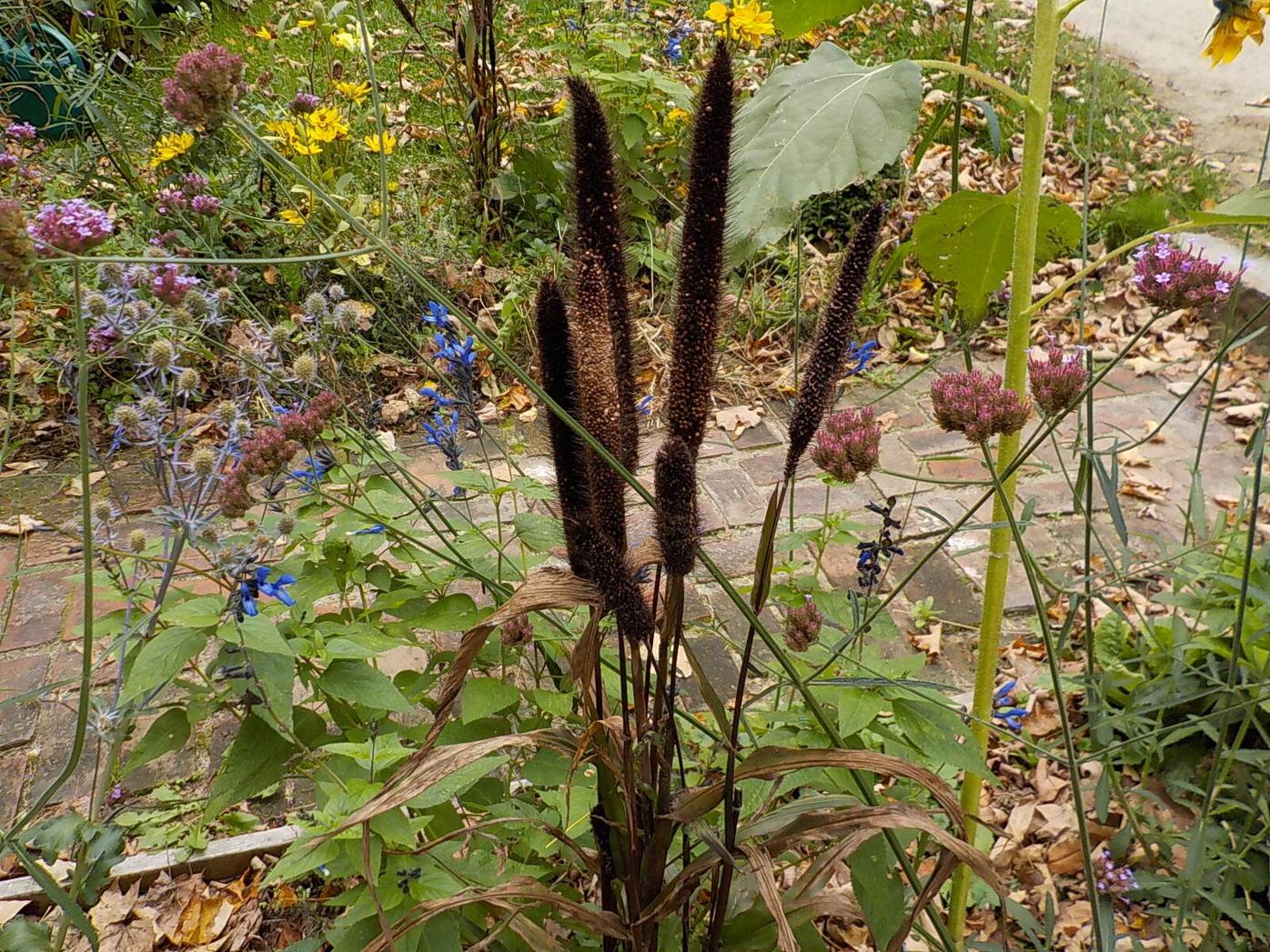 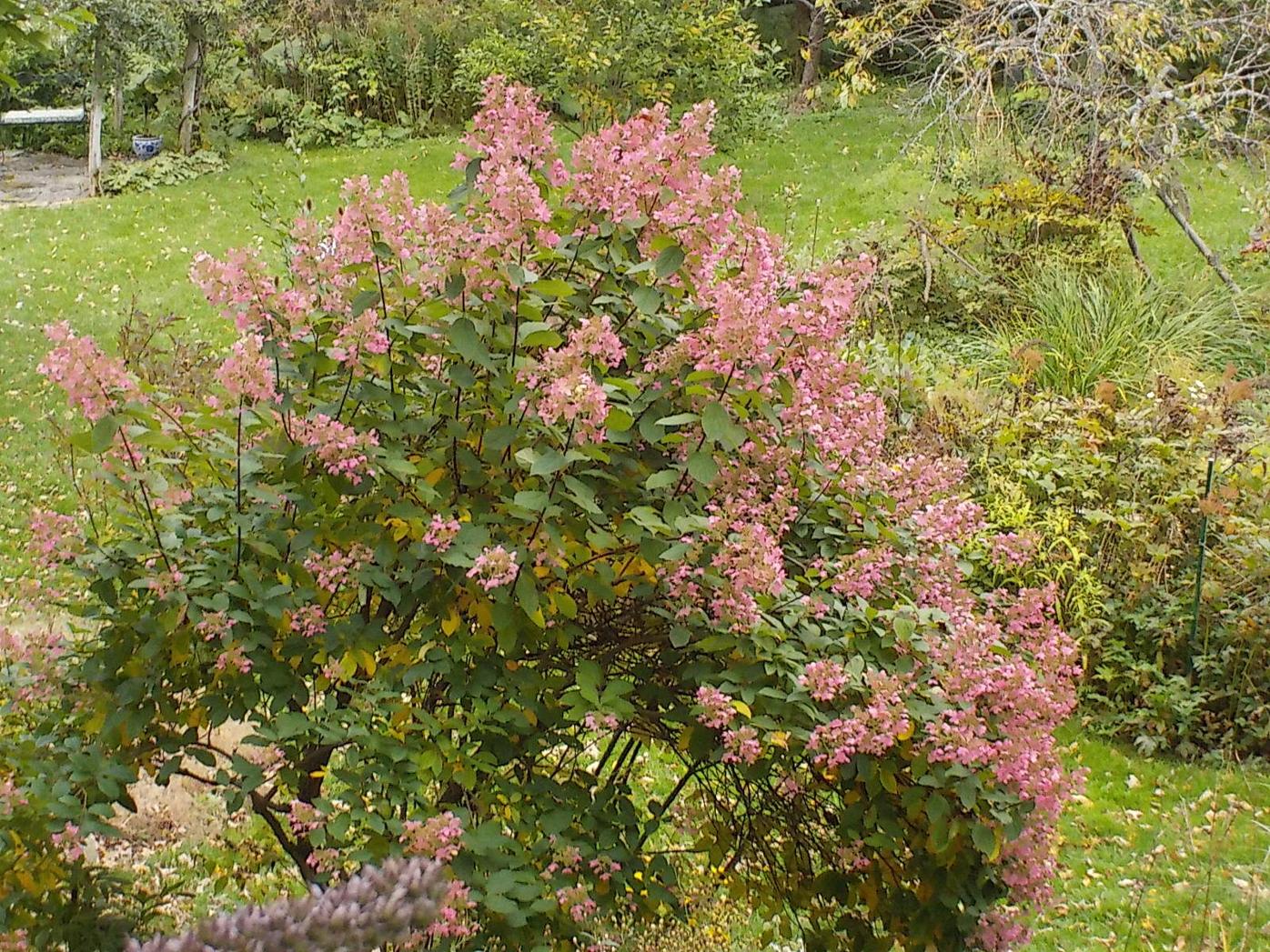 "Pink Diamond" hydrangea blooms each year in the fall. 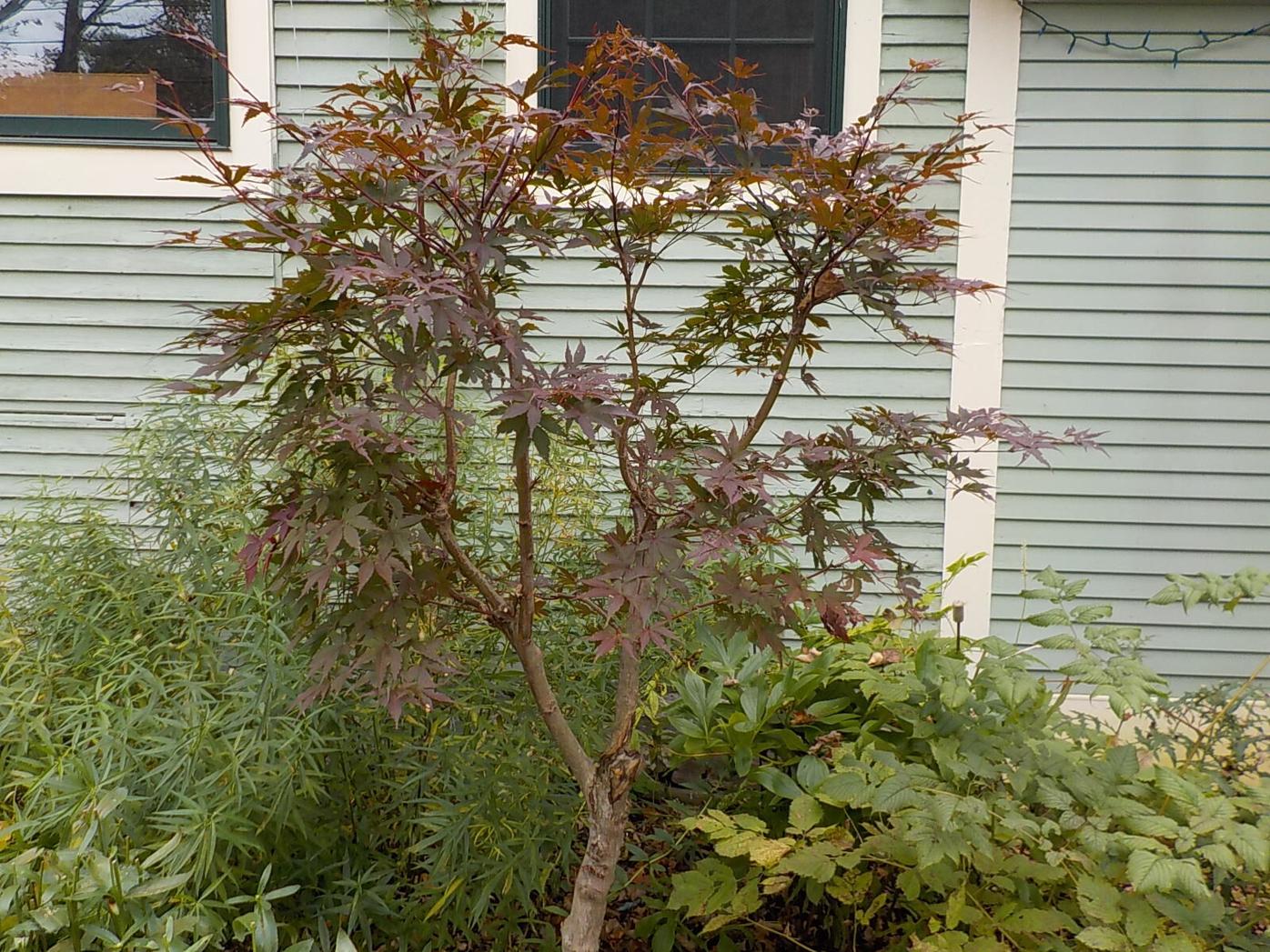 This Japanese red maple was full of clutter before pruning.

"Pink Diamond" hydrangea blooms each year in the fall.

This Japanese red maple was full of clutter before pruning.

Those big yellow school buses have been lumbering along for well over a month now, so you know it is time to start getting your gardens ready for winter. This is a good time to work outside: the bugs are fewer and it’s not so cold that you’ll be miserable in an hour.

I recently did some pruning on my Japanese red maple (Acer palmatum) trees. We all know that sugar maples pump sweet sap up from the ground in spring, but did you know that all maples send lots of liquid up in spring, even if not the sweet stuff? Because of that, spring is not a good time to prune. Now is a much better time.

I attended a pruning workshop in 2019 at Shin Boku Nursery in Wentworth, N.H. Palmer Koelb has been growing, pruning and selling trees in the Japanese tradition for over 50 years. Some of his nursery stock is several decades old, and all of it is beautiful.

One of the things I learned at that workshop is that Japanese red maples are best trained over time. It is better to do a little pruning every year or two than to wait 10 years and need to cut big branches. I was told that I should never use a saw on a Japanese red maple, apparently they don’t react well to removing big branches. Hand pruners are best.

So what did I do? I reigned in the height of my trees. I like them to top out at around 8 feet, so I looked for skyward-growing branches and cut each back to a lower fork, one hidden in the foliage. I also removed extraneous foliage and small branches in the interior of the trees, opening up the center of the tree so that the interesting branch shapes are visible. These trees, by their very nature, are not dominated by a single straight trunk, and I want to see the structure of a tree. I remove clutter, and rubbing branches.

This also a good time to shape all your hydrangeas, and prune them to keep them to the size you like. If you want to develop a new hydrangea to be upright, this is a good time to prune out downward-growing branches, and even to stake up a central branch to be the “leader” growing upwards.

I like to collect some flowers for drying indoors. Most of us cannot afford to buy flowers from a florist for the table each week, so picking blossoms now that look good in a dry vase is a good alternative. All the hydrangeas will provide lovely blossoms now, so long as you pick them before frost, which causes them to turn brown.

My favorite hydrangea is one called Pink Diamond. It produces lots of big pointy flower panicles that start out white and turn to pink. In a dry vase the pink will fade a little, but stay quite pink all winter, as will other hydrangeas. The stems on Pink Diamond are stiff and upright on the bush and don’t flop the way some others like ‘Annabelle’ do when rained on.

Unlike lilacs and forsythia, hydrangeas are late-season bloomers so you do not lose any blossoms next year if you prune now. They bloom on stems that grow in the spring. I like to leave some blossoms on all winter to remind me that summer will get here eventually.

Grasses and grains are blooming now, and can look good in a dry vase, too. I grew an annual grain this year called black millet and I recently picked some stems and put them in a dry vase. Millet produces small seeds on narrow “cobs” much like corn, but without the outer leaves. It is found in bird seed mixes, and I ate it as a gruel when serving in the Peace Corps in West Africa. This year I bought some plants at a nursery, but will start plenty from seed next year. Purple Majesty is probably the name of the variety I planted.

I’ve been potting up annual plants I want to bring in before winter, rather than waiting until the afternoon before the first hard frost. I potted up some Diamond Frost Euphorbia that I bought in small pots last spring and planted in the ground. This is a delightful plant that has tiny white blossoms all summer. As a “Proven Winner” plant, it is trademarked and is not sold by seed.

Diamond Frost makes a nice house plant that continues to bloom indoors all winter. It prefers a bright window sill, but will survive most anywhere so long as you remember to water it regularly. Then in the spring it can go outdoors again – and at no expense.

Each fall I dig up at least one rosemary plant and bring it indoors. I like to do this early in the fall so that it can get used to being in a pot while sitting in the garden in just the same place it was in the ground. This lets it have fewer changes in its environment at a time. Later I will wash it well with a hose in order to get off any aphids or other pests before bring it indoors.

Don’t use any fertilizer now for any houseplants coming inside. A plastic pot or an enameled one will keep moisture in better than an unglazed clay pot, if you are a lazy waterer, select them.

Raking the leaves can wait till later, after all the leaves have fallen. But go outside and start chipping away at the chores on nice days, even if it means playing hooky from work.

Henry Homeyer is the author of four gardening books. Reach him at henry.homeyer@comcast.net or by mail at PO Box 364, Cornish Flat, NH 03746.