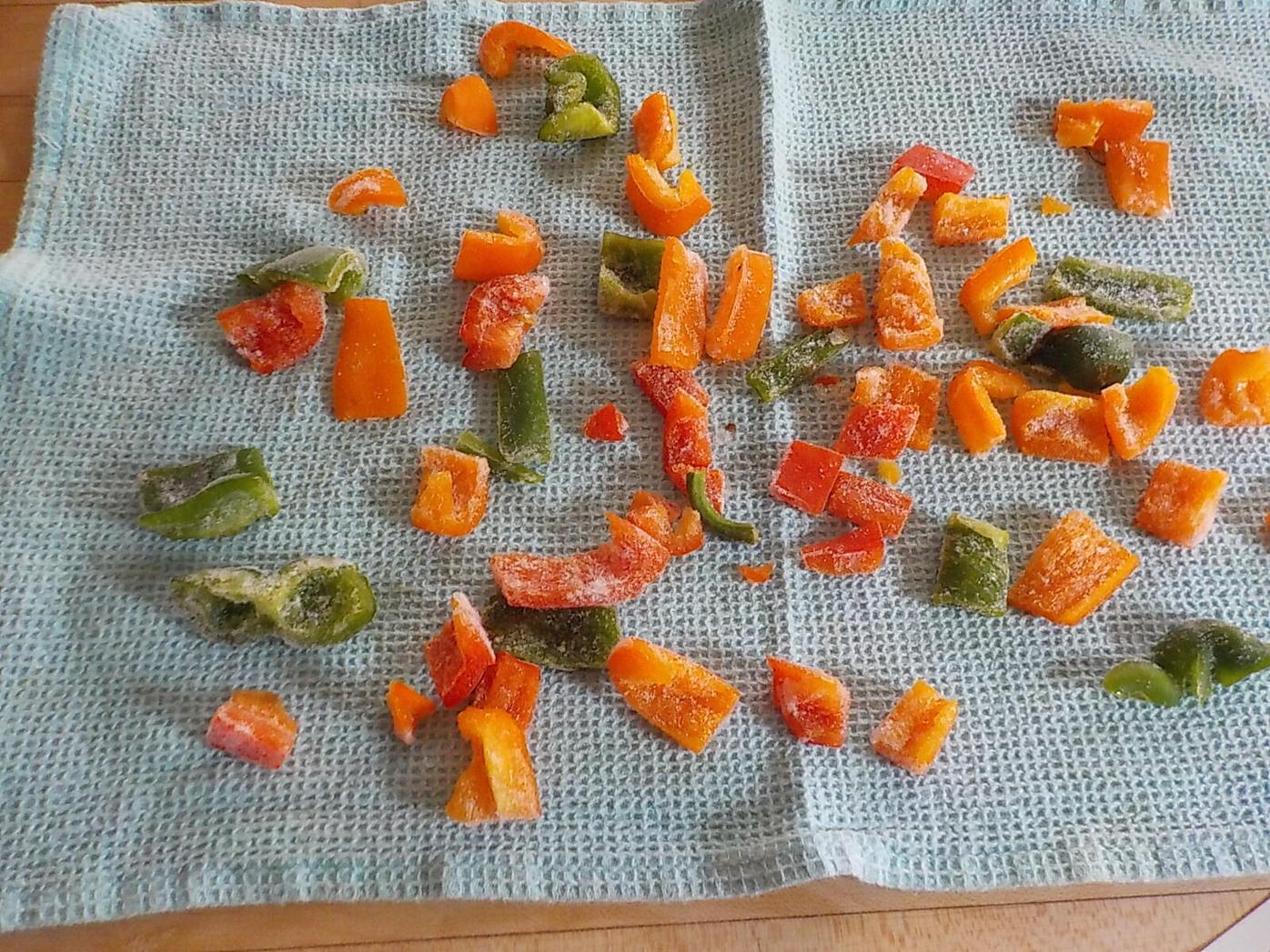 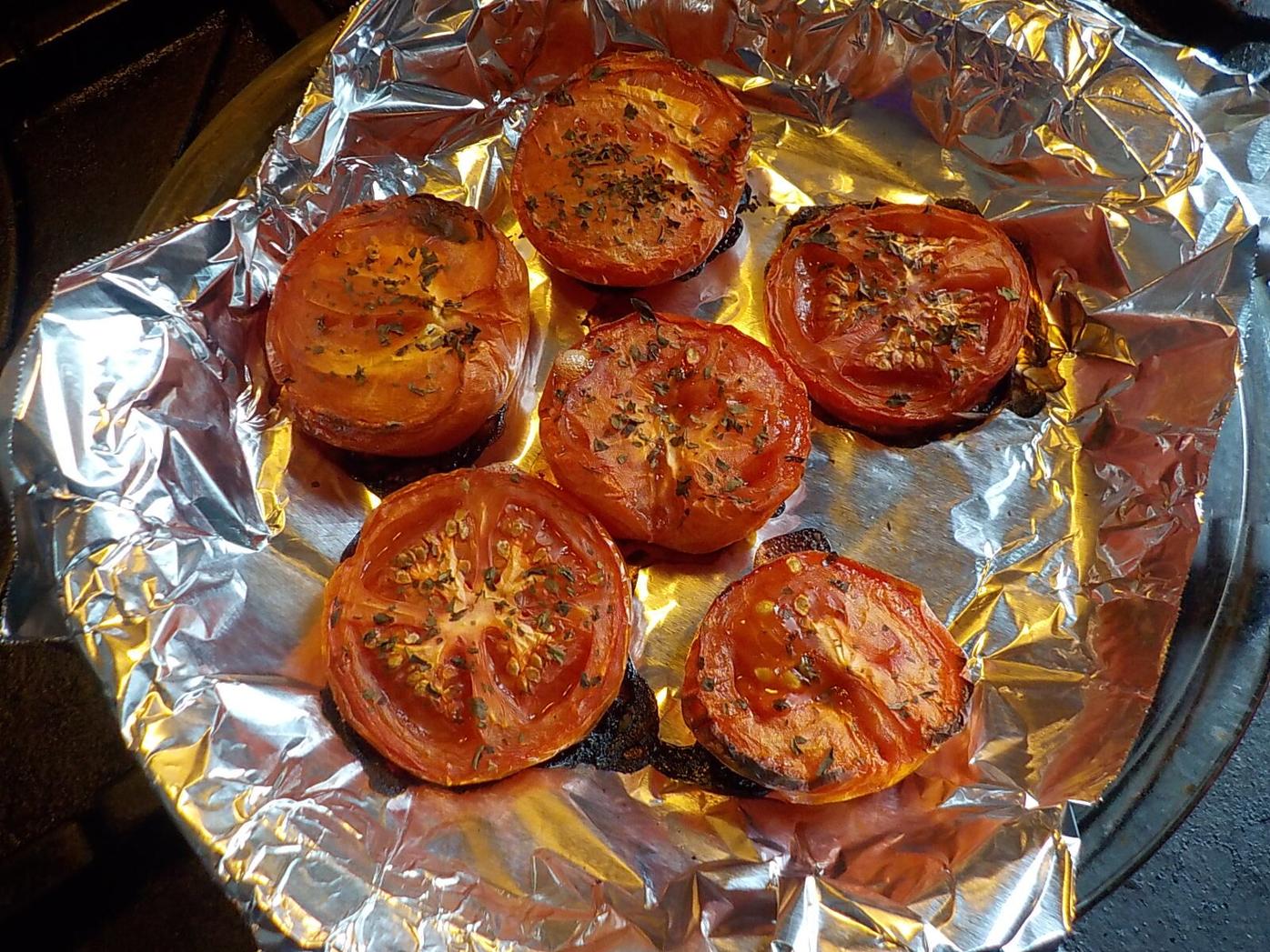 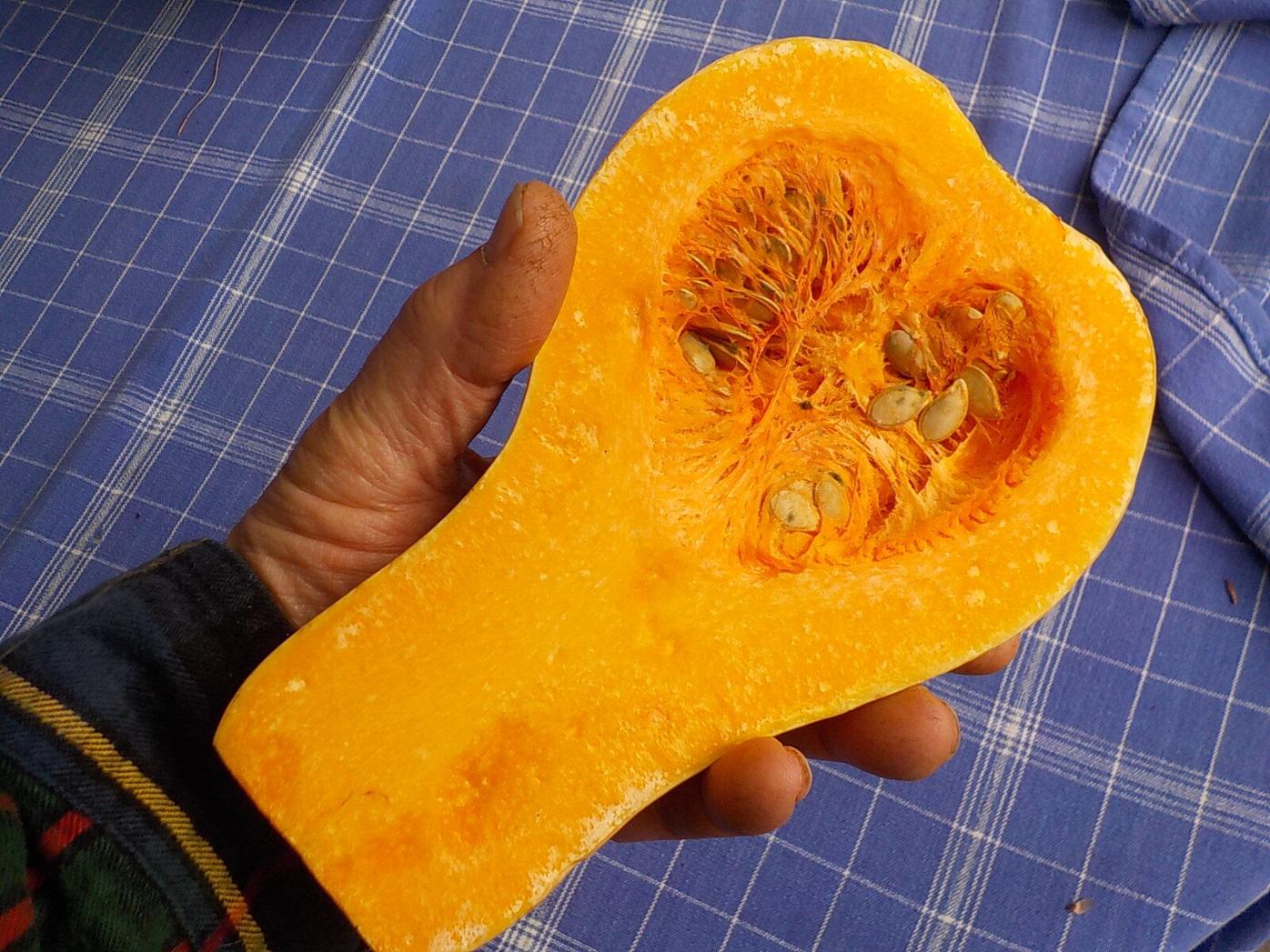 One of the reasons I garden is that I love to cook and to create wonderful, flavorful dishes that I might not get elsewhere. I think many gardeners share that inclination. One of the techniques I have not used much is roasting vegetables, but I recently did some roasting, and will do some more. I find it sweetens and intensifies flavors.

It all started when I was baking some potatoes. I had the oven at 425 and decided to make some kale chips at the same time. I ran down to the garden and picked some leaves. I took four of them, sliced the leafy part off the stems, and chopped coarsely to one-to two-inch squares. Then I sprinkled them with olive oil, tossed them well and dusted them with salt. I put them on a cookie sheet and roasted until crisp – ten minutes seemed just right.

I’ve made kale chips before, but was never enamored of them. This kale had been hit by frost several times, which made the leaves sweeter. And I cooked them at a higher temperature than I’ve done before. I also made a small batch: Cindy and I ate them all before dinner. In the past I have stored kale chips in a well-sealed glass jar, but they got soggy anyway. Still got kale in the garden? Give it a try.

Baked potatoes are a classic dish, and easy to make. A few tips: grow some russets next year, they are best for baking. And brush them with as little melted butter or olive oil to help crisp up the skins. But plan ahead: it takes 45 to 65 minutes at 400 degrees to bake a potato. The bigger the spud, the longer it takes. You should be able to poke a fork or knife in easily when cooked. Oh, and don’t forget to poke some holes in the skin when you start – I’m told they can explode if you don’t.

I usually freeze fresh bell peppers in the fall. I find they are great for cooking, and can be tossed in a salad, too. No blanching: I just wash and wipe dry, then seed and slice them and freeze in a zipper bag. I decided to try roasting frozen peppers now to see how they would do.

I spread out a couple of cups of frozen sliced peppers on a clean cloth towel on the counter, while pre-heating the oven to 450. They thawed quickly, and I patted them dry. I put them in a bowl and tossed them with some olive oil. Then I removed one half and put on the cookie sheet for cooking; the other half I sprinkled with dried oregano flakes and a little salt before spreading on the pan. Put down parchment paper or aluminum foil to simplify clean up.

The peppers needed 25 to 30 minutes until they were soft and slightly charred. I did not remove the skins, though people who roast them whole tend to do that. If you are roasting peppers as a side dish, be aware that roasting them reduces the size considerably – a cup of sliced peppers doesn’t make much of a dish.

A few days later I got a nice pork roast and cooked it at 350 degrees for over an hour. This gave me a medium-hot oven just begging to roast veggies. I roasted beets, carrots, onions and tomatoes, and all were delicious!

The beets were medium sized – 2-inches in diameter or so, and took an hour or a little more to feel well cooked. I wrapped them loosely in aluminum foil after cutting off the leaves. I left the tails (roots) on the beets, and an inch or so of the stem and leaves. Cut beets tend to bleed, and I didn’t want that.

The carrots I just tossed into the roasting pan after a cleaned them well and cut off the stems and tips. If you have small carrots they don’t take as long as beets, so you can put them in later in the cooking process. Onions I peeled and roasted whole. While roasting they caramelized, turning sweeter. Good used cold in sandwiches!

I tried roasting my tomatoes by either cutting tomatoes into half-inch slices and also just cutting them in half. I found the halves were easier to serve – the sliced tomatoes tended to fall apart. Later, when roasting peppers, I also roasted three more fresh tomatoes at 450 degrees after sprinkling them with dry basil. Even at 450 it takes an hour or so to get them to collapse and brown up.

Roasting tomatoes does give them a very nice, intense tomato flavor. Years ago I roasted quite a few with the idea of storing the results in the freezer. It worked well. I roasted them longer than I did just now: I roasted them until almost all the moisture was out, probably at a lower temperature. Then I put them in zipper bags and froze them for use in winter sandwiches. I took the frozen tomato pieces and thawed them in a toaster oven.

Each year I grow some winter squash. My favorite is the Waltham butternut. It is a light-brown squash with a bulbous, seed-filled distal end, and a narrower section with no seeds that extends to the attachment point on the vine. Mostly I peel them, remove the seeds and chop into cubes to include in stews and stir fries.

Recently I roasted a butternut squash and was delighted not only by the flavor, but also by the fact that I did not have to peel the skin. When serving (after an hour at 350 degrees) I scooped the cooked meat out of the skin. But later, I tried a bite of the skin, and it was soft and delicious. Vegetable skins generally are full of vitamins and minerals, so I shall plan on eating squash skins from now on (with the exception of Blue Hubbard skins which are so thick and leathery).

So as you plan your garden for next year, think about growing veggies you can roast. They are perfect comfort food for long winter nights.

Henry Homeyer is the author of four gardening books. Contact him at henry.homeyer@comcast.net of at PO Box 364, Cornish Flat, NH 03746.