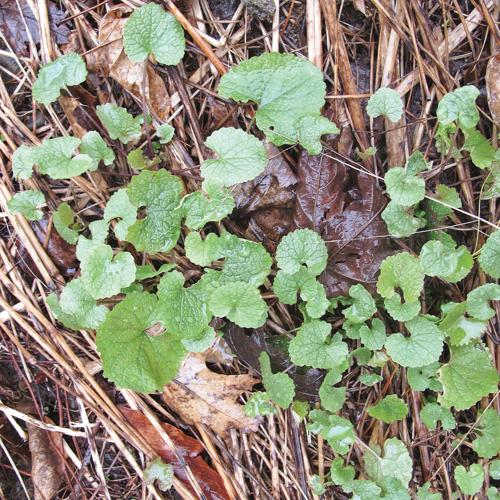 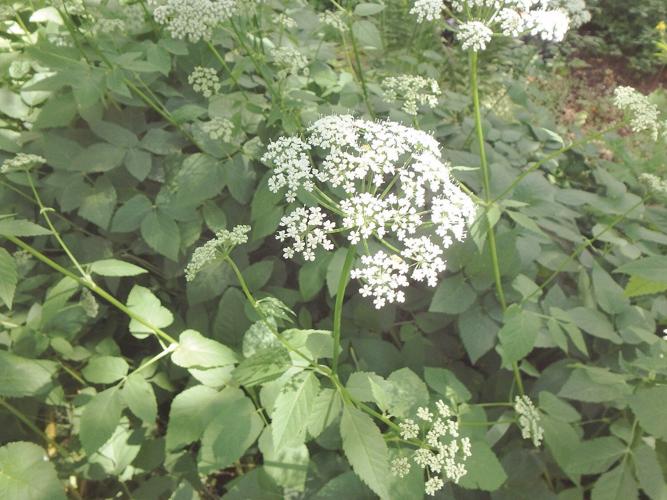 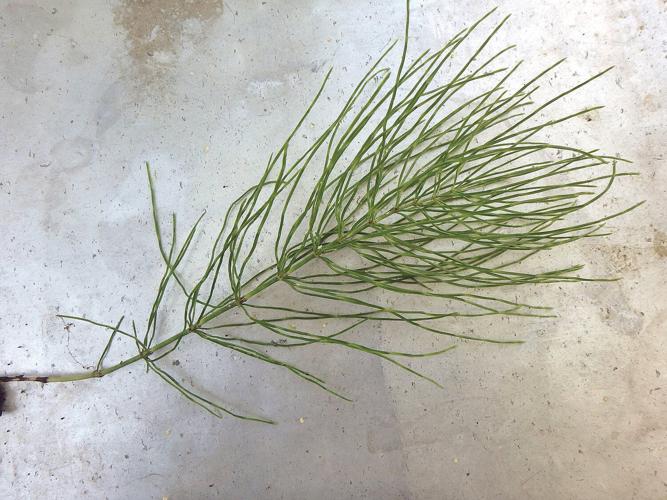 Horesetail has ben around since the dinosaur days 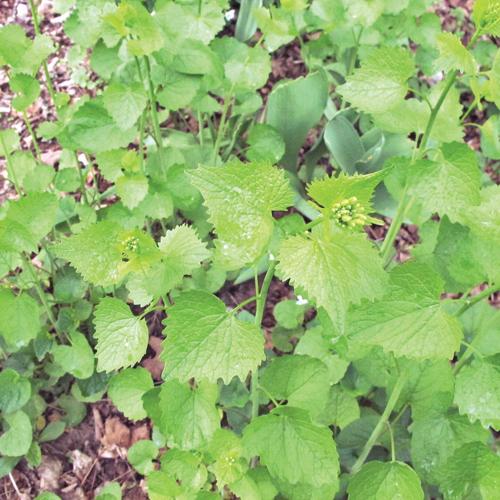 Horesetail has ben around since the dinosaur days

There are weeds to worry about. There is even one that I fear. But most weeds are just a nuisance and can be managed relatively easily. Dandelions, for example, are bright and cheerful. If they were named daffodil instead of dandelion, we would pay good money to have them in our lawn, returning each year and re-blooming after being mowed.

Yes, dandelions spread seeds willy-nilly on the wind. But if you pull them from your vegetable plot or flower beds when they are young, and after a good rain, you can keep them under control.

Let's start with the worst weed: garlic mustard (Alliaria petiolata). I fear its arrival in my garden. This weed is a biennial, flowering in its second year and then dying. It is relatively easy to pull. So why worry? This plant exudes a chemical that kills the beneficial fungi that coat the roots of our maples, oaks and other hardwoods. Our trees depend on these mycorrhizal fungi to get minerals from the soil. Without the fungi they decline, and eventually die. This is not a quick death, but our forests are in danger if this invasive weed is allowed to spread. Garlic mustard also inhibits the seeds of many native wildflowers from germinating. I don't have it, but fear it.

So what can you do? Learn to identify it, and then work hard at pulling it. In the first year it produces a low rosette of rounded leaves with scalloped edges an an indentation at the stem. The second year it sends up 18- to 36-inch flower spikes with pointy, heart-shaped leaves with jagged edges. The small white flowers have four petals and bloom in clusters about an inch or more in diameter. One plant can produce about 4,000 seeds. And although about 70 percent of the seeds will germinate the next year, some will remain viable in the soil for up to 10 years.

Pulling garlic mustard is easy - and satisfying. Do it now, before the flowers produce seeds. I find a CobraHead weeder is good for loosening the soil and helping me get the roots. But you will have to keep on doing this every year for 7 to 10 years. That's why the weeds so often win the battle with us - we give up. And do not throw the plants into your compost! Bag and send to the landfill or incinerator.

Another nasty weed is called goutweed (Aegopodium podagraria). There are two forms: an all green variety and a green and white variety often called "Snow on the Mountain," which is sometimes sold by garden centers (though it should not be). The green and white one is possible to control, but the all green one is almost impossible to eradicate. I got goutweed when a friend gave me some iris with roots of it mixed in. The long white roots are insidious -they break easily and a scrap will generate a new plant.

Again, know the plant and recognize the roots. If you buy plants at plant sales, I recommend you bare-root the plants before planting. Look for thick white roots that are not from the plant you bought. Bare-root by removing all soil with a hose and carefully inspecting the roots. Do that in your driveway, not in the garden as scraps of root can start a disaster, so clean up the scraps carefully.

Goutweed grows 12 to 24 inches tall and sends up stems with compound leaves: At the tip of each stem are three leaflets; two pairs of leaflets grow below that. Soon it will send up white flowers a bit like Queen Anne's Lace. The roots spread fast and far. You can try to smother it with black plastic and mulch, but in my experience it just runs out from under the plastic before long.

Horsetail or Equisetum is a beautiful weed: very fine leaves arranged in whorls around a central stem. It has been growing for about 100 million years - perhaps it was fodder for dinosaurs. Instead of seeds, it produces spores. It can be quite persistent and difficult to eradicate.

Digging it and removing horsetail roots helps, but changing the soil type can be a big help. It tends to grow in compacted acidic clay soil. But according to one farmer I discussed it with, adding compost and limestone will make it less of a problem and other plants will compete with it better.

There are good weeds, too. Plantain (Plantago major) may use its broad leaves to smother grass in the lawn, but if you are stung by a bee you can reduce the pain by rubbing a leaf on the sting. It has been used as a medicinal for hundreds of years for a variety of ailments.

Chickweed (Stellaria media) blooms early when lady bugs need food before aphids appear. They survive on the pollen. It is shallow-rooted and easy to pull up.

Purslane (Portulaca oleracea) is a fleshy-leafed weed that prefers sandy fertile soil but will grow most anywhere. Like some other weeds, the flowers can produce seeds in the compost pile - or in a pathway after being yanked out. It's virtue? It is edible. It can be used in salads, saut ed, or boiled. Every part of the plant is edible.

The bottom line? You can mow the weeds to reduce their vigor and their ability to produce seeds. You can smother them with a barrier and mulch. Or you can do it the old fashioned way: digging them out with a fork and a good weeding tool.

Henry lives and weeds in Cornish Flat, N.H. Contact him at henry.homeyer@comcast.net. He is a UNH Extension Service Master Gardener and the author of 4 gardening books.