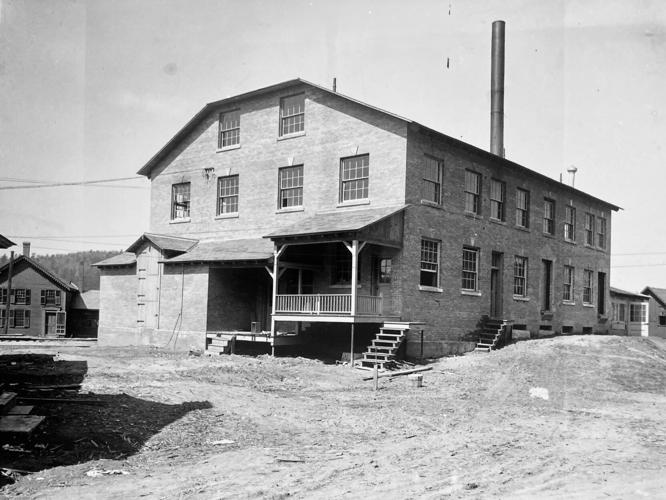 The Brattleboro Milk Plant was built as a farmers cooperative in 1921 on Putney Road near the Marina. 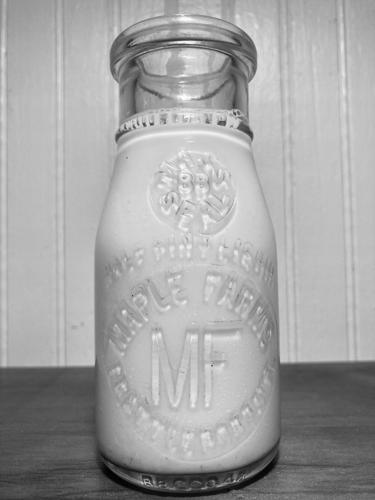 The Brattleboro Milk Plant was built as a farmers cooperative in 1921 on Putney Road near the Marina.

BRATTLEBORO — In 1920 a large portion of the Bradley farm north of the West River was purchased by the Windham County Cooperative Milk Producers Association. The Bradley Farm had been operating as a dairy farm for over 30 years and was a well-known high grade Guernsey operation. In a diminished capacity it continued to operate into the 1940s.

The Milk Producers Association purchased the 75-acre property and planned to build a milk plant on the sight. The milk plant was a cooperative effort of the dairy farmers in the area. Originally, 115 farmers joined together in the cooperative and within a year, 170 farmers were delivering their milk to the plant.

Prior to forming the cooperative, dairy farmers found they were at the mercy of Boston liquid milk contractors. Brattleboro farmers would bring their milk to the train station and it would be shipped in refrigerated cars to Boston. The milk contractors would then separate, pasteurize and bottle the milk in Boston processing plants. The contractors would set the price they were willing to pay for the milk and farmers felt like they had little control over how much money they would receive. Local milk delivery in Brattleboro was done by independent milk peddlers who made arrangements with farmers to bottle and deliver their milk to Brattleboro homes. In 1920 dairy farmers were producing way more milk than could be consumed locally so shipping milk to processing plants to supply the urban areas of southern New England was the only way they could continue to operate.

The Brattleboro Creamery, near the Creamery Bridge, operated on the other side of town, but that business collected cream from area farmers to make butter and did not compete with the milk plant.

Beginning in the late 1800s milk price wars between the Boston processors and the Brattleboro farmers began to happen with some frequency. Processors would set a price and farmers would refuse to deliver the milk for that price as they didn’t feel they could survive on such low margins. While farmers were affected by changing weather and fluctuating feed prices, milk processors wanted to keep the price of milk consistent. In 1916 there was a price war between farmers and processors that went on for more than three months. Grain prices had gone up and farmers were having a hard time surviving as the processors refused to increase their payments.

The grain price crisis for farmers continued into 1917 and local Brattleboro area farmers decided to form a local branch of the New England Milk Producers Association. By 1920 the organization decided to take more control and build their own milk processing plant. The cooperative’s plan was to transport their bottled milk by train to the Springfield, Holyoke and Boston, Massachusetts areas and compete with the Boston liquid milk processors. They also wanted to pasteurize their milk and sell it locally by home delivery. Three milk peddlers were hired by the plant. When the milk plant began delivering milk locally the price of home-delivered milk in Brattleboro dropped by as much as 50 percent. The milk plant was operating on such a larger scale than individual milk peddlers they could lower their delivery prices and still make a profit. Independent milk peddlers found it hard to compete against the milk plant and many went out of business, sold their routes to the milk plant or began working for the plant.

The Brattleboro Milk Plant opened in 1921 and operated until 1946 when it became the Maple Farms Dairy. The Maple Farms Dairy bought up many of the smaller dairy operations in the area: Round Mt. Dairy, Waterman Dairy in Putney, Shaw’s Dairy and the Hillside Dairy. By the 1960s larger regional dairy plants… Idlenot in Springfield, Vermont, Fairdale Farms in Bennington, Hood’s of Massachusetts and Weeks Dairy of New Hampshire were competing with Brattleboro’s Maple Farms Dairy. The economies of scale were tipping in favor of larger, regional dairy plants.

More people began buying their milk at grocery stores instead of having it delivered at home. By the 1970s Maple Farms Dairy found itself in the same situation the independent milk peddlers were in 50 years earlier. The economies of scale that allowed the milk cooperative to flourish in the 1920s were now causing the plant’s demise as larger, regional milk processing plants could sell milk at lower prices. The milk plant continued to operate until 1976 when it became a part of Weeks Dairy. That operation lasted until 1978 when the milk plant shut down. Some of us remember home delivery of locally processed milk and the loyalties associated with the many dairy producers in our area.