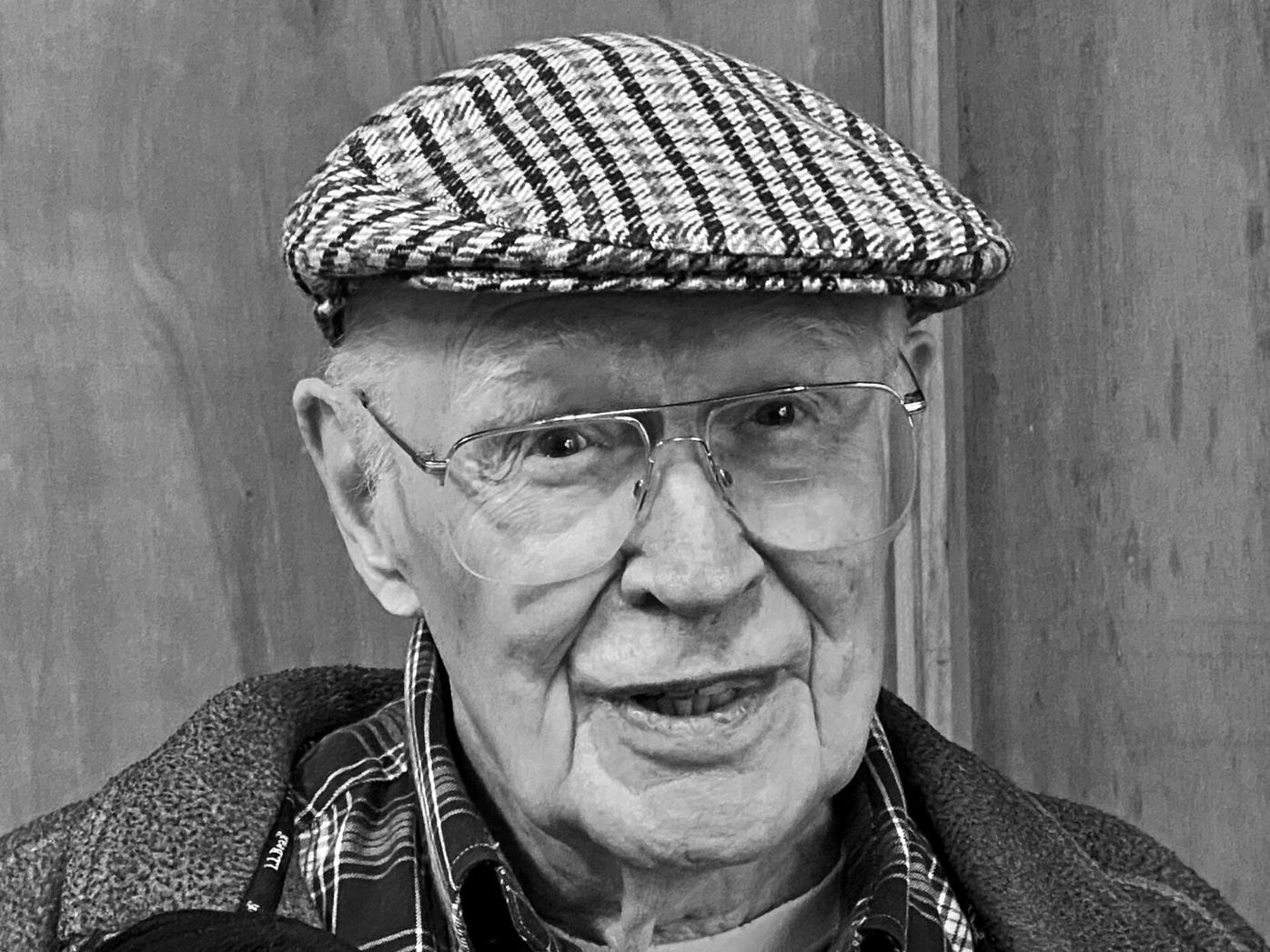 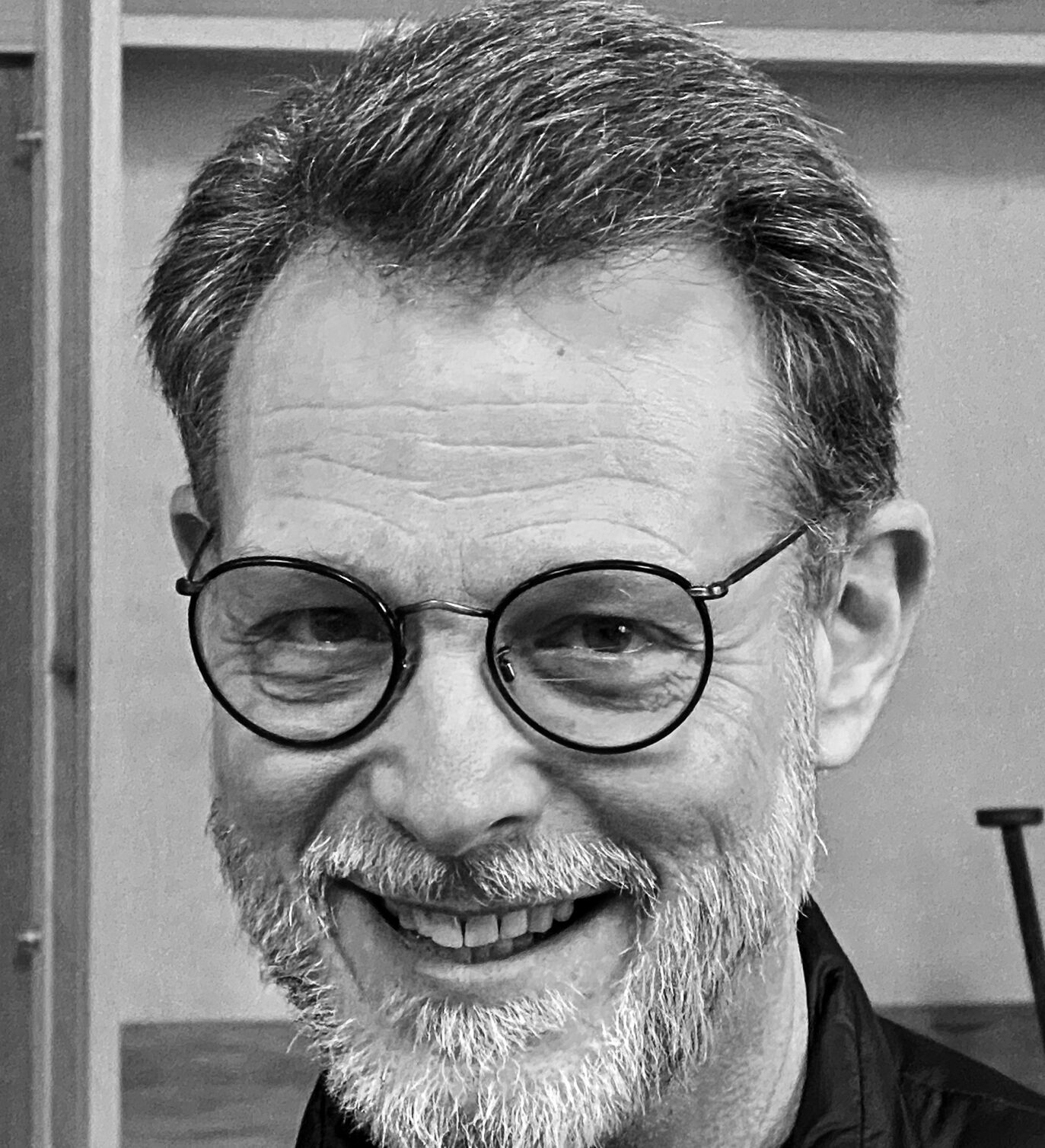 Peter Elwell, current town manager for Brattleboro. Elwell plans to retire at the end of this year. 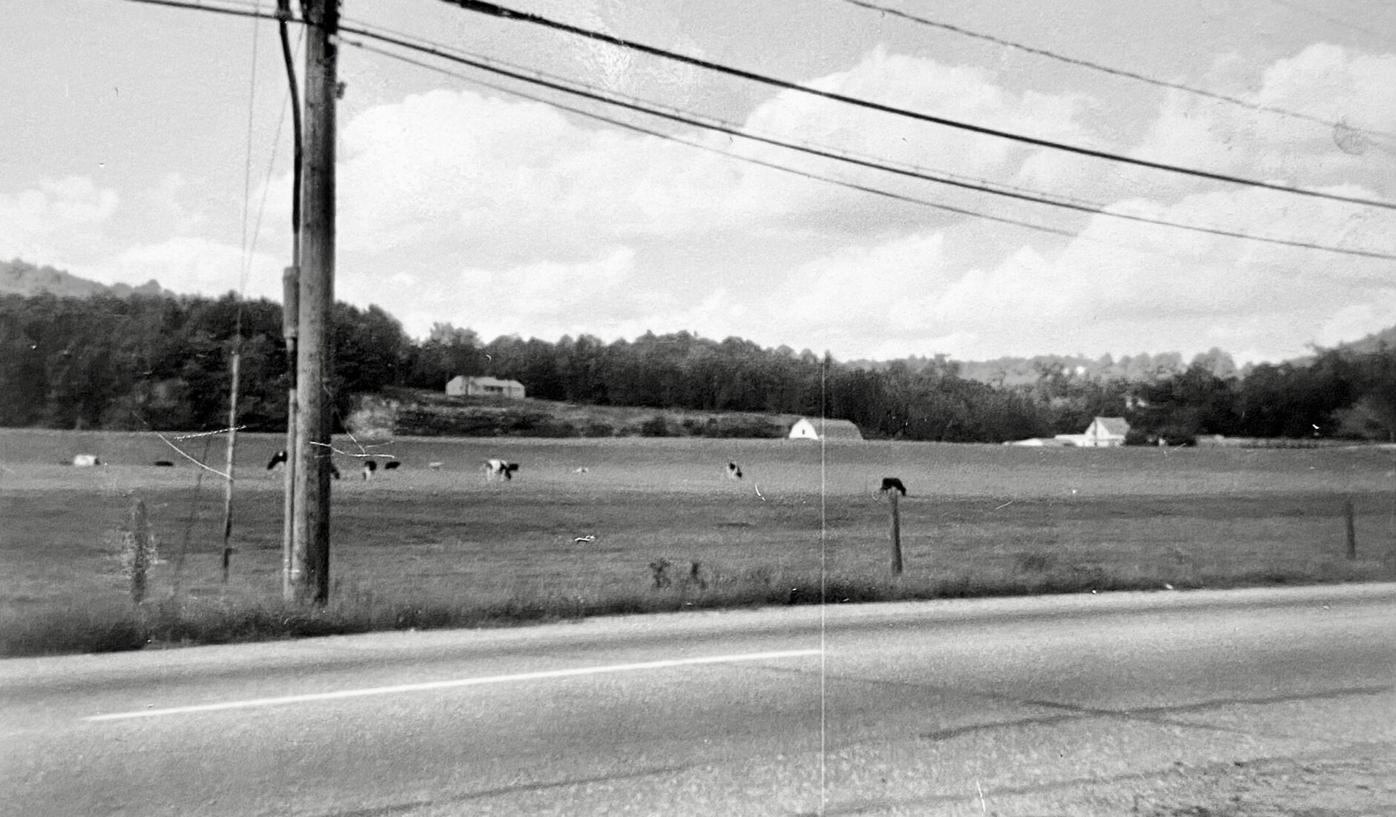 The west side of Putney Road in Brattleboro, 1960s. 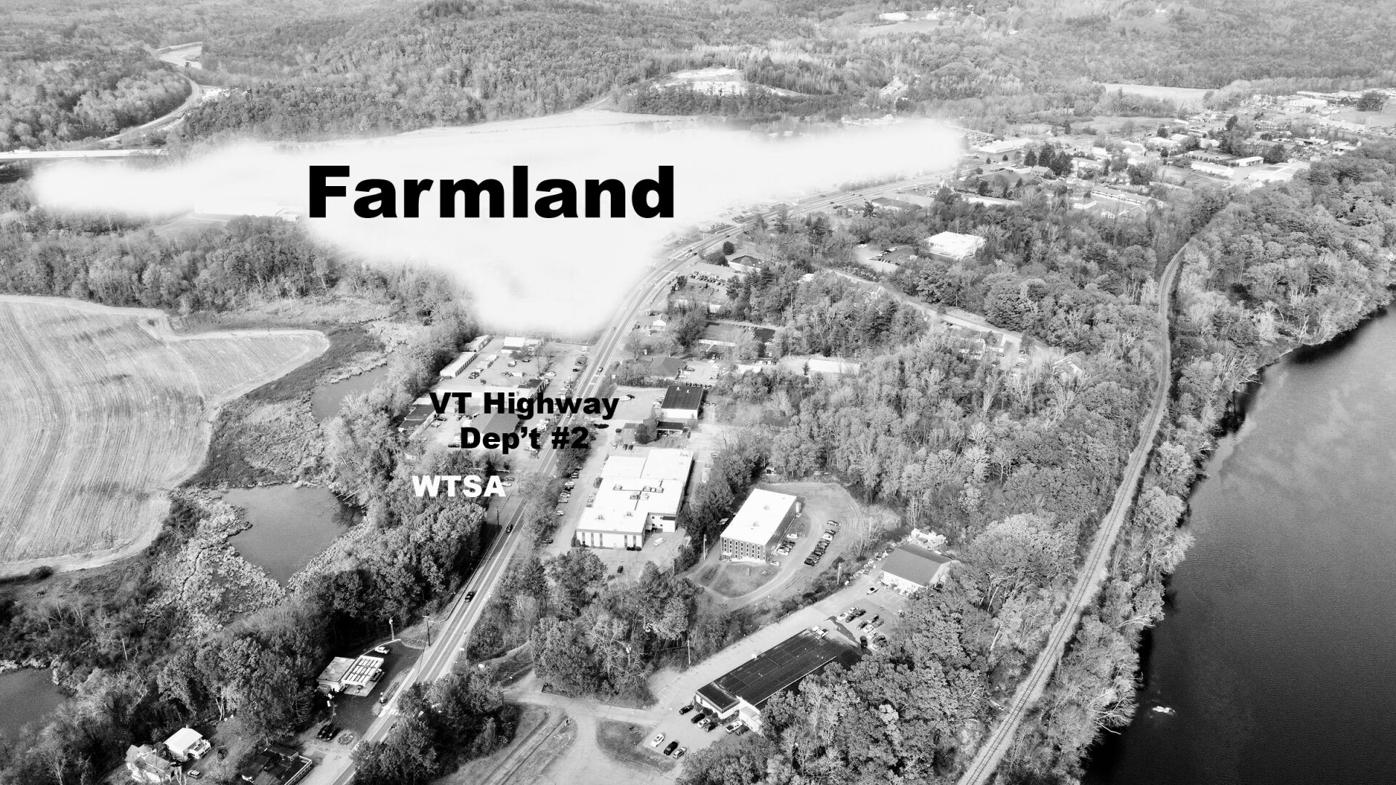 An aerial photo of the Putney Road region on Nov. 10, 2021. Marking show the WTSA, the Vermont Highway Department's District 2 garage and the farmland that was replaced by businesses from Aldi to BS&L.

Peter Elwell, current town manager for Brattleboro. Elwell plans to retire at the end of this year.

The west side of Putney Road in Brattleboro, 1960s.

An aerial photo of the Putney Road region on Nov. 10, 2021. Marking show the WTSA, the Vermont Highway Department's District 2 garage and the farmland that was replaced by businesses from Aldi to BS&L.

Local government has evolved with time. A first attempt at adding a town manager to municipal government was made in 1928. This experiment lasted three years and then Town Meeting voters of Brattleboro abolished the system.

An editorial at the time suggested there were two reasons why the town manager system was voted out:

1. The Town Meeting voters thought the manager was spending too much money, while the manager thought the voters were demanding more town services than they were willing to pay for.

2. Town Meeting voters didn’t like having someone from out of town managing local municipal services.

Over 1,700 voters cast their ballots and the town manager system lost by almost 150 votes.

Eleven years later, in 1942, Town Meeting voters chose to bring back the town manager system. Voters felt the increased pressures of the Depression and World War II required someone to manage the various programs that needed to be coordinated between federal, state and local organizations.

Corwin “Corky” Elwell became town manager in 1960. He would continue in that position for the next 29 years. His son Peter Elwell was born and raised in Brattleboro. For 14 years, he served as the town manager of Palm Beach, Florida. In 2015, he returned to Brattleboro to serve as town manager of his hometown.

The Brattleboro Historical Society sat down with “Corky” Elwell and Peter Elwell to discuss their experiences in the role of Brattleboro town manager.

Peter described the role this way: “I always think of town managers sitting in the pinch of the hourglass. At the top of the glass are the community members and the select board. In Brattleboro, we also have Representative Town Meeting in the upper half. That’s where decisions are made and targets are set. In the other half are the town staff who provide the services, do the analysis and make the engine work. In between the two halves of the hourglass is the town manager who’s the conduit of information and the organizer of the work that gets done on behalf of the town.”

“Corky” Elwell said when he began work here in 1960, the town was creating an infrastructure that would allow for the development of Putney Road. “Brattleboro was on the move, finishing up an extensive expansion of the sewer system. Putney Road had a water system and an extension of the sewer system was run out there as well. That exploded the development of Putney Road and the real estate in that part of town became much more valuable.”

“Corky” continued, “That was really the beginning of the breadth and extension in Brattleboro. Later, these shopping centers came along. We were right in the middle of a very extensive development in the town. On top of that, we had the Interstate Highway coming through two weeks after I started on Nov. 1, 1960. Interstate 91 was opened from Exit 1 to Exit 2 and 3. And we were off to the races.”

We asked “Corky” about the infrastructure development and its effect on historical properties. “Oh, it was terrible. We had to remove the Hayes Tavern in West Brattleboro in order to straighten out the road to make it a safe intersection with Greenleaf Street. The Octagon House in West Brattleboro was taken down at the entrance to the Housing Authority’s property. Brooks Library came down to provide a parking lot for the post office. The old library was determined to be insufficient for people with mobility challenges. Thankfully, we now have a modern library that is a source of pride to the community.”

Peter Elwell reflected on his time as town manager: “It feels good in terms of how the folks I’ve worked with have responded. The community has also been very supportive. It feels really good to have come home and have done this work here. I’ve been privileged to work with folks who really embrace the understanding that town government is a team effort where each individual has specific responsibilities. As town departments, we need to take our policy direction from the five board members, then the town manager’s accountable for making sure that staff carries out that policy on a day in, day out basis. I was excited to come in and become part of that team.”

The Elwells have overseen great changes in Brattleboro. “Corky” Elwell remembered, “Brattleboro had a Grand Union, a Fishman’s, a Woolworths, an A&P right next to the community building. Goodness, we had all of these national chain stores in Brattleboro, two movie houses, Joe DeAngelis, the shoemaker, Fairchild’s, Miller Brothers and all kinds of services that are no longer available.”

Peter spoke about the changes from his father’s tenure: “When that gradual transition on Main Street was occurring it had an impact on the community. National chains left, family-owned businesses turned over from one generation to the next and some family members didn’t want to do the retail grind any longer. Some of the storefronts went dark for a while. That’s where partnership between the town government and the business community becomes important.”

While listening to the Elwells, we were reminded of some of the reasons why Putney Road was first developed. In the 1940s, Brattleboro was facing a real parking shortage. Roads had been widened as much as possible to accommodate the transition from horse and wagons to automobiles. A Select Board member was quoted in the paper saying any new development of stores and industry should only proceed if the buildings were set back from the road and had appropriate parking between the building and the road.

As Peter Elwell said, “Putney Road was economically very important to the community from the late ‘60s into the ‘90s. Over the course of years, it became what it is. As we drive it today we can really see the era in which it was created. The big parking lots and the buildings that are set so far back from the road were created for a different time. Now the intention is that over time, parcel by parcel, as part of those properties redevelop, they’ll be redeveloped into mixed uses — smaller businesses and housing with some walkability. I think we’re going to see over the next decade or two that those kinds of changes happen because of the planning that’s been put in place over the last decade or so.”

We appreciated hearing from two generations of Elwells as they reflected on the changes brought by the infrastructure developments of the last century.