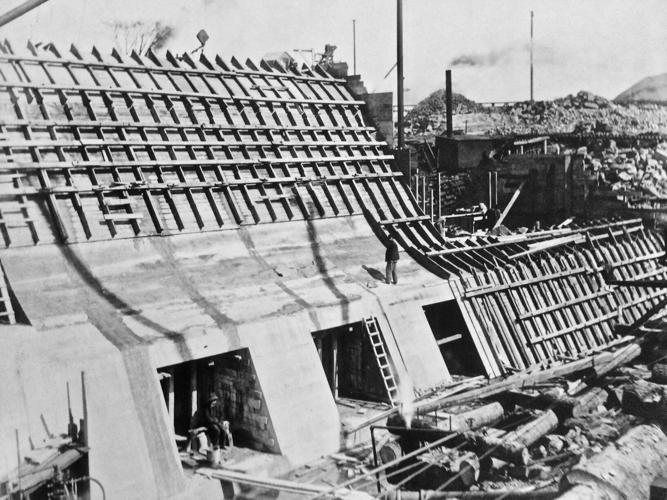 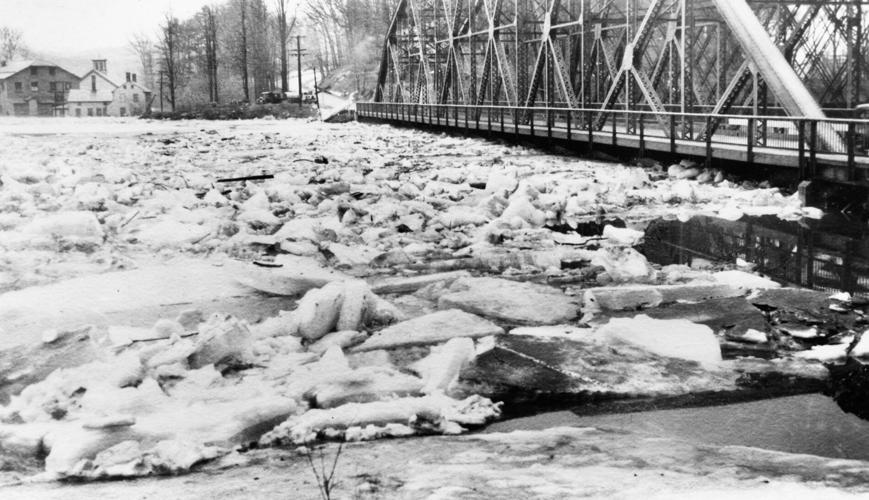 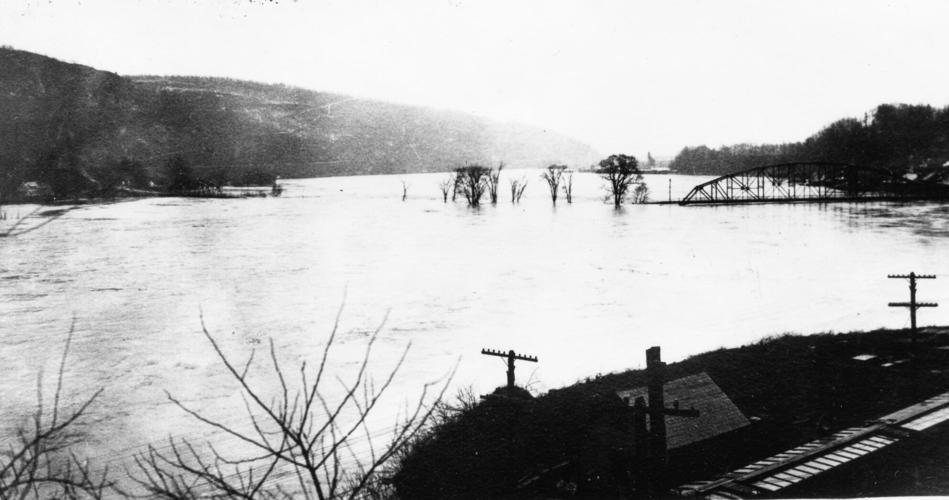 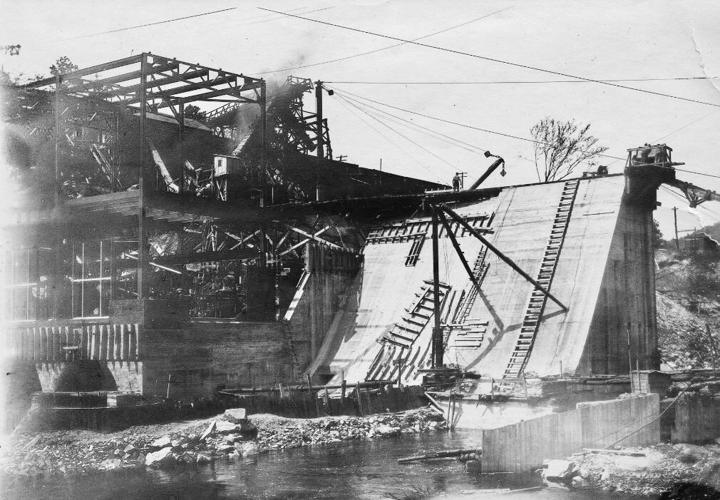 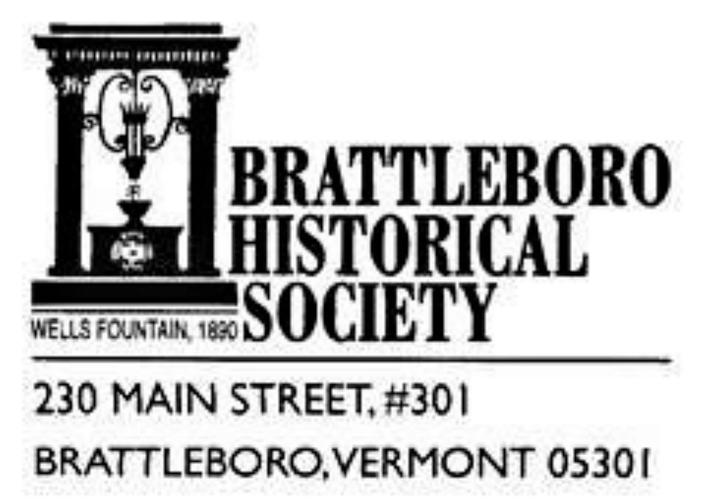 On March 19, 1936, the Rutland Herald wrote that the Massachusetts State Police announced the Vernon Dam had collapsed the night before, and flood waters were headed toward Massachusetts. If the report were true, then the burst dam meant the destruction of a great deal of property and the loss of many lives.

That day’s Burlington Free Press reported, “Raging waters continued to sweep over Vermont yesterday taking a toll of four lives and uncounted property damage and disrupting rail, bus and auto traffic throughout the state, as rivers and streams, already overflowing their banks, continued to rise as heavy rains and unseasonal warm water proceeded to melt the winter’s accumulation of snow and ice, sending the resulting waters roaring down from the hills and through the lower valleys. The huge power dam at Vernon, under pressure of 6 miles of ice jam, which spewed the waters of the Connecticut River over acres of lowland, went out at 11:10 p.m. last night.”

Late in the evening of March 18, New England radio stations began announcing, “The Vernon Dam on the Connecticut River has broken.” Fear spread quickly. In Turners Falls, Mass., 10 blasts from the fire whistle sounded. This was the call for the state militia to report, as imminent disaster was expected. Much of the town did not have electricity, so the reports of the dam collapse were shared door to door. Phone lines were overwhelmed with people trying to find out what was happening. Emergency personnel scrambled to begin evacuating the local hospital. Phone calls to the dam went unanswered. As news spread, the streets filled, and people began evacuating for higher ground. The last report circulating in town was ice and water had forced the dam to collapse, and a large wall of water was heading toward Turners Falls.

Emergency phone operators at the Western Massachusetts Electric Co. continued to make calls to the dam, but there was no answer. A half hour after the collapse was announced, workers at the dam were able to contact the local phone company and let the manager know that the dam was still holding. With electricity out in much of the area, the news was quickly spread by the phone company.

The information was not all positive. The dam was still intact, but it was thought to be in an unstable condition because of the terrific pounding it had been taking for more than a day. From the brief report, it was learned that water was indeed eating around the east end of the dam, and a flood might still be on its way.

At the dam, over 100 men were at work, filling sandbags and attempting to block the water from forcing its way around the man-made barrier. At 12:30 a.m., more than an hour after reports of the Vernon Dam collapse were made, news reached Turners Falls that the threatening earthen hole had been plugged.

By 1:20 a.m., a little more than two hours after the false report of a collapsed dam, information was shared with emergency personnel that the river had crested and water pressure on the Vernon Dam was subsiding. Turners Falls’ street lights came back on, and recently panicked residents returned to their homes.

Later that day, the Reformer reported that workers at the dam grew alarmed around 3:30 a.m., when water began to undermine the earth at the rear of the dam. Several hundred men used sandbags to divert the water pressure. Ultimately, they were successful, and another alarm to warn Turners Falls was not needed.

The paper went on to report that a hole about 30 feet high had been created in the power plant building next to the Vernon Dam. The brick wall was 14 inches thick but gave way because of the rising pressure of ice and flood waters. The next day, March 20, the Reformer wrote that the power of the flooding waters and huge chunks of ice had caused a great deal of hardship. There was no electricity in Brattleboro for 36 hours. The trains did not run for a few days and roads up the Connecticut River Valley were still impassible. The town of Westminster reported that its main roads were still under water.

The paper went on to say, “Despite recurring reports first that the dam had broken and later that the river had swept around the east end, it was still holding. As the river dropped, it appeared that a reinforcement of sandbags thrown around the endangered east end would hold. The dam received a terrific battering from the pounding waters and ice, and the powerhouse was damaged. The generator room was flooded, and no current could be manufactured, but power from Shelburne Falls generating plant was carried into the station and routed to Brattleboro after lines had been repaired.”

Here’s a little background on what brought about the creation of the Vernon Dam in the first place. In the late 1800s, electricity was mostly created by coal-fired power stations. By 1893, technology in the United States was developed that allowed electricity generated by water turbines to travel long distances. As a result, there was a boom in hydroelectric dam construction throughout the country.

Two men, Malcolm Chace from Rhode Island and Henry Harriman from Massachusetts, formed a company to develop hydroelectric facilities in northern New England. Their plan was to build dams that would generate electricity to deliver power to the many factories, mills and cities located in Massachusetts.

To build a dam on the Connecticut River, there would need to be legislation passed in three states: Massachusetts, New Hampshire and Vermont. In 1903, the Massachusetts Legislature passed a law allowing the formation of private companies that could sell electricity directly to large businesses. Vermont and New Hampshire also had to pass legislation allowing the dam, because the Connecticut River is technically in New Hampshire, and the dam’s powerhouse was going to be built on the Vermont riverbank.

It took four years of lobbying and negotiations for the Connecticut River Power Co. to convince Vermont and New Hampshire legislatures that a dam should be built at Vernon.

Construction began in 1907. The Vernon Dam delivered electricity to its first customer, the Estey Organ Company, in 1909. The Chace family then made plans to build the Fort Dummer Cotton Mill on the side of the area we now call “Cotton Mill Hill.” In 1912, the cotton mill began operation using electricity from the dam and eventually employed about 300 workers. However, the vast majority of the electricity generated by the hydroelectric dam was sent along power lines to Massachusetts.

Research for this story was conducted by BAMS students Kamal Salam and Evan Batts.