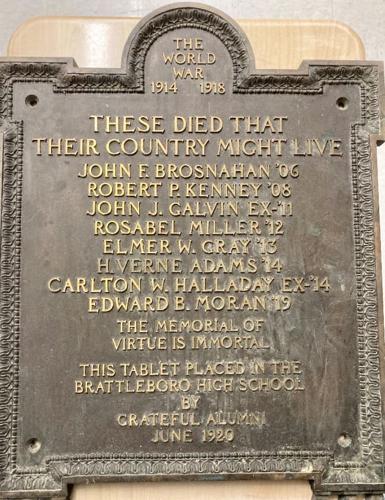 The 1920 World War I bronze tablet now on display in the Brattleboro Union High School lobby. 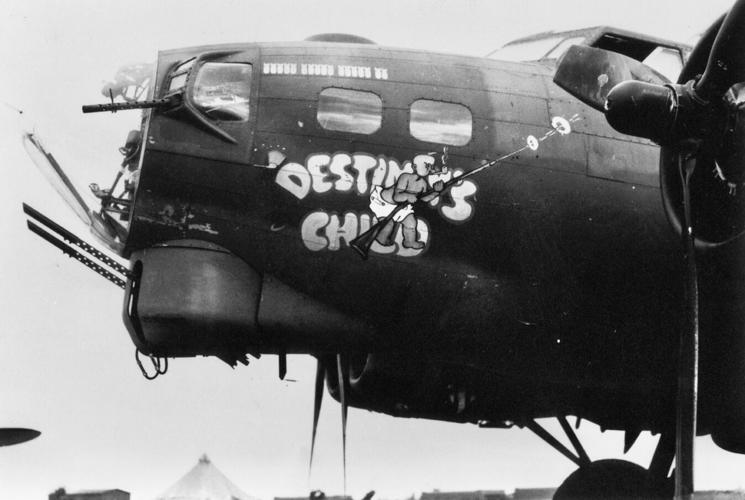 Richard Hamilton was a crew member of the B-17 bomber nicknamed "Destiny's Child." 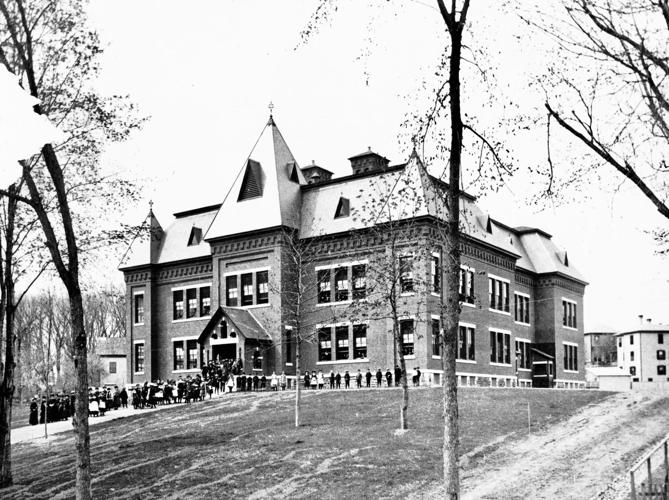 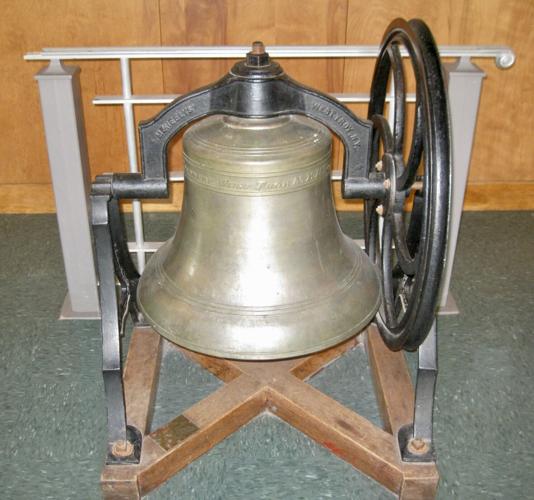 The 1920 World War I bronze tablet now on display in the Brattleboro Union High School lobby.

Richard Hamilton was a crew member of the B-17 bomber nicknamed "Destiny's Child."

Memorial Day can be many things. Since before recorded time people around the world have celebrated the arrival of spring. With the welcoming of a new season it has also been a tradition to remember those loved ones who are no longer with us.

We pause to enjoy the colorful beauty of a new growing season and the fragrances of familiar flowers and mown grass. And it is during this renewal of spring that many of us decorate the graves of passed friends and relatives. We remember their stories and reflect upon our memories of them.

Memorial Day in America finds its roots in the Civil War. It began as a day to mourn those who died while serving in the United States military. In 1868, Decoration Day was formalized by the veteran’s organization known as the Grand Army of the Republic. The Women’s Relief Corp was the auxiliary organization of the G.A.R. and they sponsored Decoration Days throughout the country. Communities began to hold formal services and honored the sacrifices of soldiers and their families. As time went on, Decoration Day continued to be recognized every year and, after World War II, the name evolved into Memorial Day. These remembrances have served to connect us with the past and keep the stories of our ancestors alive.

On Friday, May 27, there will be a Memorial Day Remembrance held at Brattleboro Union High School. A few months ago in this column we wrote about the discovery of a bronze tablet found in an unused hallway closet near the high school gym. The 1920 tablet had originally been prominently mounted in the main hallway of the old high school on Main Street, now the Municipal Center. Eight former high school students who died while serving the United States during World War I are commemorated on the tablet.

Brattleboro Area Middle School students researched the history of the tablet and it has recently been mounted in the main entrance to BUHS. As part of the remembrance, the tablet will be re-dedicated and information about the eight former WWI era students will be shared with the audience.

Additionally, the May 27 event will remember the long-standing commitment our community has made to public education. One hundred eighty years ago Brattleboro began a comprehensive public education program that was accessible to all young people from age 4 to 18. For decades the program served as a role model for the rest of the state.

As part of the ceremony, World War II veteran and Brattleboro High School (BHS) Class of 1940 graduate Richard Hamilton will speak to the audience about his public school experiences at the old high school and the importance of Memorial Day. Mr. Hamilton will reach his 100th birthday this September and we are honored that he has accepted our invitation to participate in this local recognition of Memorial Day.

Richard Hamilton grew up on a farm in West Brattleboro and was farming chickens when World War II began. He entered military service in December 1942 and trained to become a radio operator-gunner on a B-17 bomber. The plane was stationed in England and made bombing runs over Germany.

In July 1944 his airplane, nicknamed “Destiny’s Child,” was shot down while on its way to bomb a German airfield. The plane was attacked by enemy fighters and caught fire while it was still carrying its load of bombs. Five members of the crew were able to bail out but the pilot, navigator and a third crew member were killed. Mr. Hamilton parachuted from the flaming plane and landed safely in a farmer’s field. However, he was captured by German civilians and turned over to military personnel. For nine months he was held with approximately 10,000 other soldiers in a German prisoner of war camp.

In 1944 American and Russian troops were closing in on German military camps. German guards ordered Mr. Hamilton and other prisoners to leave camp and march with them as they sought to avoid their own capture. Mr. Hamilton was marched more than 70 miles before the Germans decided to release him and seek their own escape.

While in the camp his diet had mostly consisted of watered down cabbage soup. Mr. Hamilton was very weak after his forced march but was fortunate to find his way to American lines. He suffered from malnutrition and weighed only 118 pounds. He spent two weeks recovering in a hospital before becoming strong enough to travel back to the United States for a few months.

A 60 day furlough allowed him to return home to Brattleboro. He arrived on July 8, 1944. Richard Hamilton came home to see his family and also visit with his high school sweetheart, Joyce White. On August 2, a little less than a month after Richard arrived home, the Town Clerk’s Office issued a marriage license to the two young people and they were married on August 8 in St. Michael’s Episcopal Church.

Mr. Hamilton had spent nine months in a prisoner of war camp but still was expected to return to service after his furlough ended. The plans were for him to become a member of a B-29 flight crew and head to the West Coast. The bombers were scheduled to become part of the invasion of Japan. It was about a week after the wedding that Japan surrendered and World War II came to a close. Mr. Hamilton did not have to train for an invasion of Japan and was soon back in civilian clothes. Together, Richard and Joyce went on to raise four daughters and operated the Skyline Restaurant on Hogback Mountain.

The organization of this event has been a collaborative effort of the Brattleboro Historical Society, Brattleboro Union High School and Brattleboro Area Middle School. Weather permitting the event will be held on the front steps of BUHS at 1:30 p.m. on May 27. The public is invited. If we need to be inside because of poor weather then we will not be able to welcome the public due to space restrictions and COVID protocols.