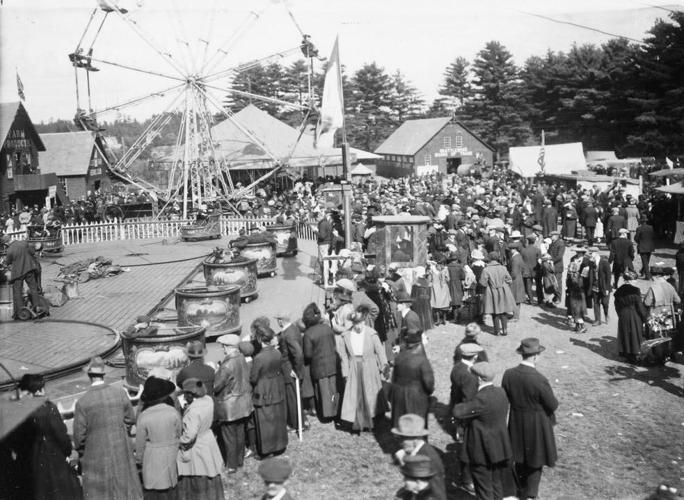 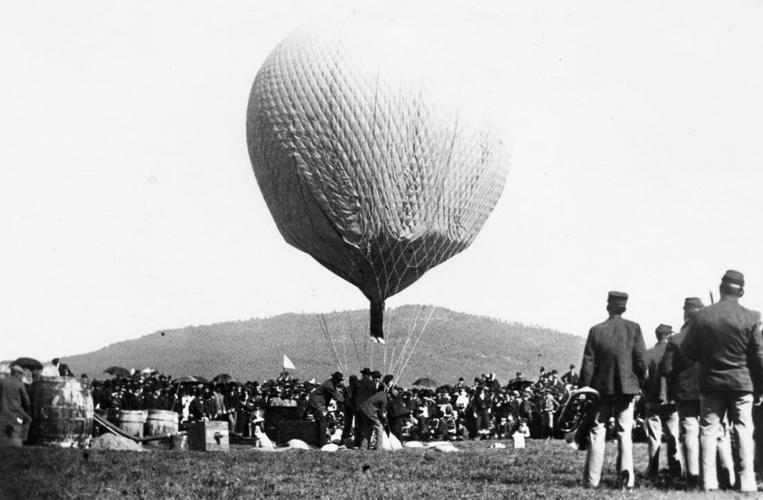 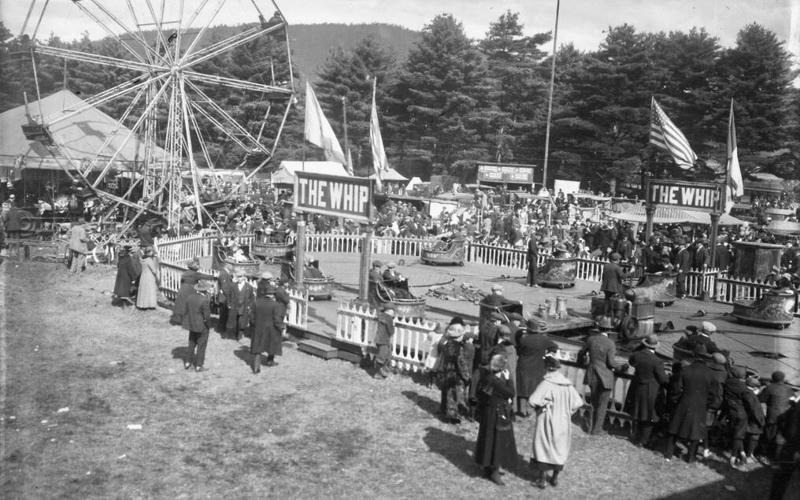 BRATTLEBORO — In 1910 the Valley Fair was in trouble. For three years the annual agricultural fair had lost money. Thousands of people attended the three day event but the amount of money raised through ticket sales was less than the amount of money it cost to operate the fair. In 1910 the Valley Fair Association was $3,000 in debt and the Association’s president moved out of town under questionable circumstances.

Since 1886 the area now occupied by the local high school and middle school had been a fairgrounds that hosted over 25,000 people on fair days. During these years Vermont was mostly an agricultural society and a fair near the end of growing season was a way to bring people together.

Farm families brought their best livestock, produce, baked goods, and needlework for competition and blue ribbons. They exchanged information about improving the quality of their animals and crops, and they enjoyed the opportunity to socialize with folks they didn’t usually get to see during the busy summer season.

Horse racing was also a major event at the fair. As time went on other attractions were added. For instance, Vaudeville shows with juggling, acrobatics and animals were popular. Hot air balloonists would float 2,000 feet in the air and parachute to the ground.

Through the years the fair continued to grow. It went from two days to three and midway rides like a Ferris Wheel, Merry-Go-Round and Tilt-A-Whirl were added. This attracted more people but it also cost more money to operate the fair.

In 1907 the fair lost money. It was $800 in debt. The President of the Fair Association, James Fisk Hooker, was a prominent businessman in the community but his management skills did not help keep fair costs down. For the next two years the fair continued to lose money. By 1909 the debt had grown from $800 to $3,000. President Hooker was also one of the owners of a large business in Brattleboro. The company made overalls and employed 250 people. Hooker was one of four partners in the business. In 1909, Hooker and two of his partners attempted to move the business to Schenectady, New York. However, one of his partners refused to move and accused Hooker of breaking several laws.

Eventually, Hooker was found guilty of attempting to ruin the Brattleboro overall company and was ordered to pay $71,000 for the damage he caused the business. In 1909 Hooker had moved to New York and resigned as President of the Fair Association.

The Valley Fair Association looked for another prominent person in the community to manage the fair and erase the debt. In 1910 the Association chose Dr. Frank O’Connor to take over as president. O’Connor had moved to Brattleboro in 1904 and gained a reputation as a fine physician and surgeon. He was a former college baseball star, often performed in community musical productions, and directed the St. Michael’s Catholic Church choir.

O’Connor suggested that the fair change a few things so it could meet with more success in the future. He led a move to cut costs while also improving the buildings and facilities. An article published in the Rutland Herald highlighted how the Addison County Agricultural Fair was able to make money while the Valley Fair was losing money. Many of the suggestions in the article were implemented by O’Connor as plans were made for the 1910 fair.

The Valley Fair had been paying more money to the owners of winning race horses than other fairs offered. Cash prizes for the best farm animals, vegetables, flowers, handiwork and other competitive features of farm life were higher than other fairs as well. O’Connor lowered advertising costs as other organizations helped pay to let people know about the fair. The Association had provided free feed for the farm animals competing for prizes and that was also cut back. With these changes the 1910 Valley Fair made more money than it spent.

O’Connor had other ideas as well. The Valley Fair was an agricultural fair that celebrated rural life but, by 1910, there was also a large manufacturing component to the local economy. O’Connor worked with the Board of Trade to bring local businesses to the fair as well.

In 1913 a “Made in Brattleboro” building was constructed on the fairgrounds and local companies displayed the great variety of items produced in town. S.A. Smith Company presented a diverse selection of wooden toys and amusements made for young people. The local overall company, which survived despite the efforts of James Fisk Hooker, displayed 40 samples of coats, overalls, and trousers. The company cut up to 20,000 yards of cloth a day to make into clothing for working people.

C.H. Eddy Company displayed over 20 varieties of sodas produced in the downtown business. The Carpenter Organ Company displayed five styles of organs that were shipped to countries such as Argentina and Russia. E.L. Hildreth and Vermont Printing Company each included numerous samples of books and commercial printing that they shipped across the United States and to foreign countries.

Fort Dummer Mills, the White River Chair Company and Estey Organ also had prominent displays at the fair. The cotton mill exhibit included all of the steps necessary to convert a raw piece of cotton into a dainty female undergarment. The chair company had 20 chairs on display and listed all of the countries in the world where they were shipped. The Estey display reminded visitors to the fair that “Estey Organs have carried the name and fame of Brattleboro around the world.” In 1913 Estey could claim that “there is not a country in the world where Estey Organs are not used, and the name of this town is on every instrument.” Estey numbered every organ it made and in 1913 the company had made over 392,000.

The “Made in Brattleboro” exhibit was a big hit. People who may not have been interest in farming were drawn to the manufacturing displays. Changes in fees and awards brought the fair back to profitable days.

Frank O’Connor’s direct and forward-thinking approach attracted a more diverse audience. He did not take away from the agricultural or entertainment aspects of the fair but added elements that were more interesting to the working class. By 1913 the $3,000 Valley Fair deficit was erased. The expensive excesses of the James Fisk Hooker era disappeared and a profitable agricultural fair featuring entertainment and recognition of the working class emerged.

Sadly, in December 1913, O’Connor was in his office reading a medical journal when he suffered a massive heart attack and died at the age of 43. Under his presidency the Valley Fair Association retained the goal of offering an agricultural fair while also expanding to welcome those from manufacturing and industry. The effort of welcoming a more diverse population to the fair proved to be profitable.