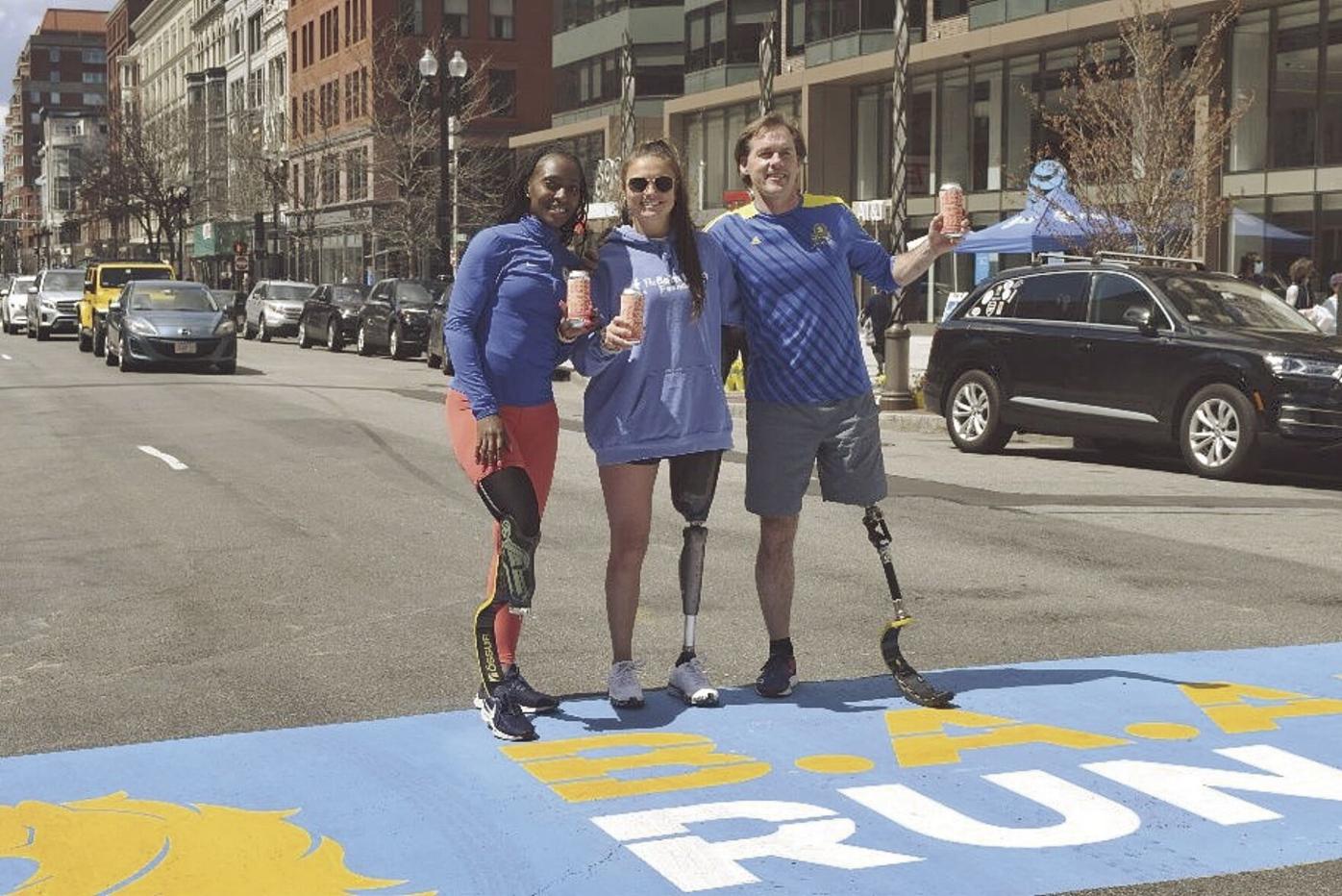 From left, Femita Ayanbeku, Noelle Lambert and David Hiler at the finish line of the Boston Marathon on Monday. 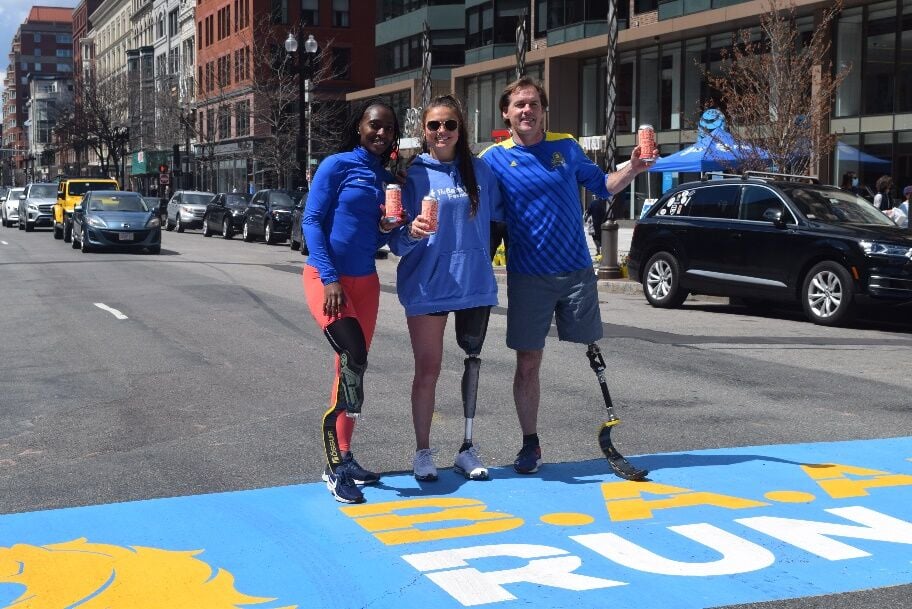 Left to right, Femita Ayanbeku, Noelle Lambert and David Hiler at the finish line of the Boston Marathon on Monday.

From left, Femita Ayanbeku, Noelle Lambert and David Hiler at the finish line of the Boston Marathon on Monday.

Left to right, Femita Ayanbeku, Noelle Lambert and David Hiler at the finish line of the Boston Marathon on Monday.

BOSTON — The Born to Run Foundation announced that the new “Born 2 Run” craft beer, made by Whetstone Craft Beers of Brattleboro, is now available. Proceeds from sales of Born 2 Run will support the foundation’s mission of providing specialized athletic prostheses to amputees to help them lead active lives.

Born to Run Foundation founder Noelle Lambert and Whetstone co-founder David Hiler made the ceremonial announcement of the beer launch on Monday, traditionally Marathon Monday, at the finish line of the Boston Marathon in Copley Square along with Femita Ayanbeku, foundation board member and paralympian. The Boston Marathon has been moved to Oct. 11 due to the pandemic.

Hiler, of Brattleboro, an avid marathon runner and snowboarder, ran in the 2016 Boston Marathon prior to his amputation. He lost his left leg above the knee in January 2020 due to a malignant sarcoma isolated to his knee. He made the decision to amputate so he could continue to live an active and athletic life. While being fitted for his prosthesis at Next Step Bionics & Prosthetics, Inc. in Manchester, N.H., he met Lambert who introduced him to the Foundation. Hiler wanted to do something to give back to the amputee community so he came up with the idea to have the Whetstone Craft Brewery create a special beer to support The Born to Run Foundation.

“Born 2 Run beer is created for those who rise above expectations, overcome adversity and move beyond limitations. Here’s to all of us who won’t be denied that we were Born 2 Run,” said Hiler, who received a running blade from The Born to Run Foundation last November.

“Being at the Boston Marathon Finish Line to announce the launch of the Born 2 Run beer is an exciting day for the Foundation,” said Lambert. “So many things have changed over the past year due to the pandemic, including the Marathon, but what hasn’t changed is the need for running blades, swimming legs and artificial arms for the countless amputees who want to lead active lives. Whetstone’s support will mean that we can donate more prostheses and increase our impact on the amputee community. I am also looking forward to seeing David run in a future Boston Marathon.”

“Born 2 Run” beer, a blood orange Gose, is now available at Whetstone Station Restaurant and Brewery in Brattleboro, and at stores throughout Vermont and in Massachusetts.