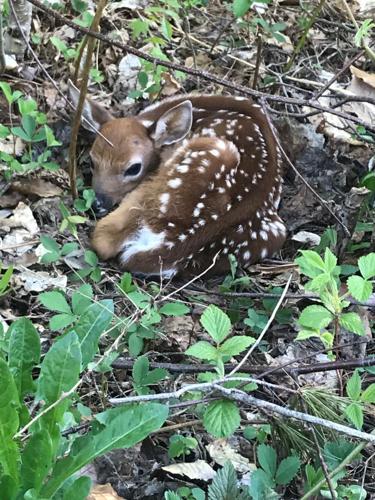 This fawn may look alone and abandoned, but it's mother is likely nearby. 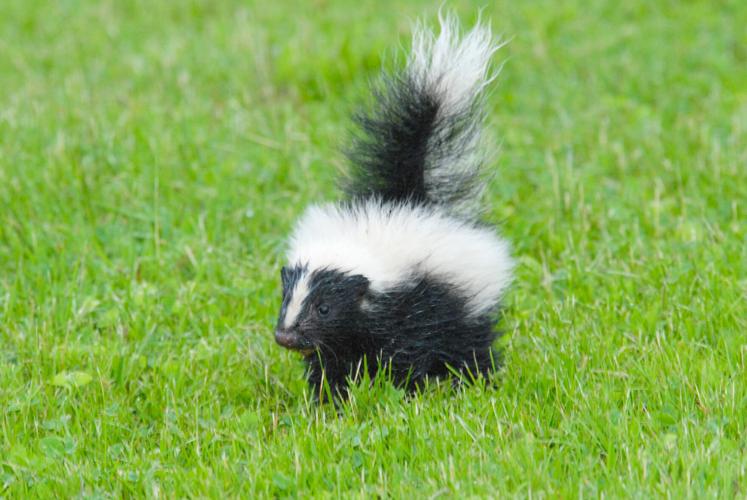 Picking up young wildlife can do more harm than good, according to the Vermont Fish and Wildlife Department. It’s also against the law.

This fawn may look alone and abandoned, but it's mother is likely nearby.

Picking up young wildlife can do more harm than good, according to the Vermont Fish and Wildlife Department. It’s also against the law.

MONTPELIER — Watching wildlife is enjoyable, especially when young animals appear in the spring. But it is best to keep your distance. Picking up young wildlife can do more harm than good, according to the Vermont Fish and Wildlife Department, and it is also against the law.

When people see young animals alone, they often mistakenly assume these animals are helpless or lost, in trouble or needing to be rescued. This often happens with deer fawns, which are typically born in late May and the first two weeks of June, according to Vermont deer biologist Nick Fortin.

Deer nurse their young at different times during the day and often leave their young alone for long periods of time. These animals are not lost. Their mother knows where they are and will return, but deer normally will not feed or care for their young when people are close by.

Fawns do not attempt to evade predators during their first few weeks, instead relying on camouflage and stillness to remain undetected. During these times, fawns learn critical survival skills from their mothers. Bringing a fawn into a human environment results in separation from its mother, and it usually results in a sad ending for the animal, according to wildlife officials.

Likewise, young birds on the ground may have left their nest, but their parents will still feed them. Young animals such as fox and raccoon will often follow their mother. The mother of a wildlife youngster is usually nearby but just out of sight to a person happening upon it.

Department scientists encourage wildlife watchers to respect the behavior of animals in the spring and early summer, and to resist the urge to assist wildlife in ways that may be harmful. Here are some helpful tips:

Obey signs that restrict access to wildlife nesting areas, including hiking trails that may be temporarily closed.

Avoid projects that remove trees, shrubs and dead snags that contain nests during the spring and summer.

For information about rabies and wildlife conflicts, or truly orphaned wildlife, call the Vermont Rabies Hotline at 1-800-4RABIES (1-800-472-2437).

For the safety of all wildlife, taking a wild animal into captivity is illegal, even one you suspect is sick, injured or has been abandoned.