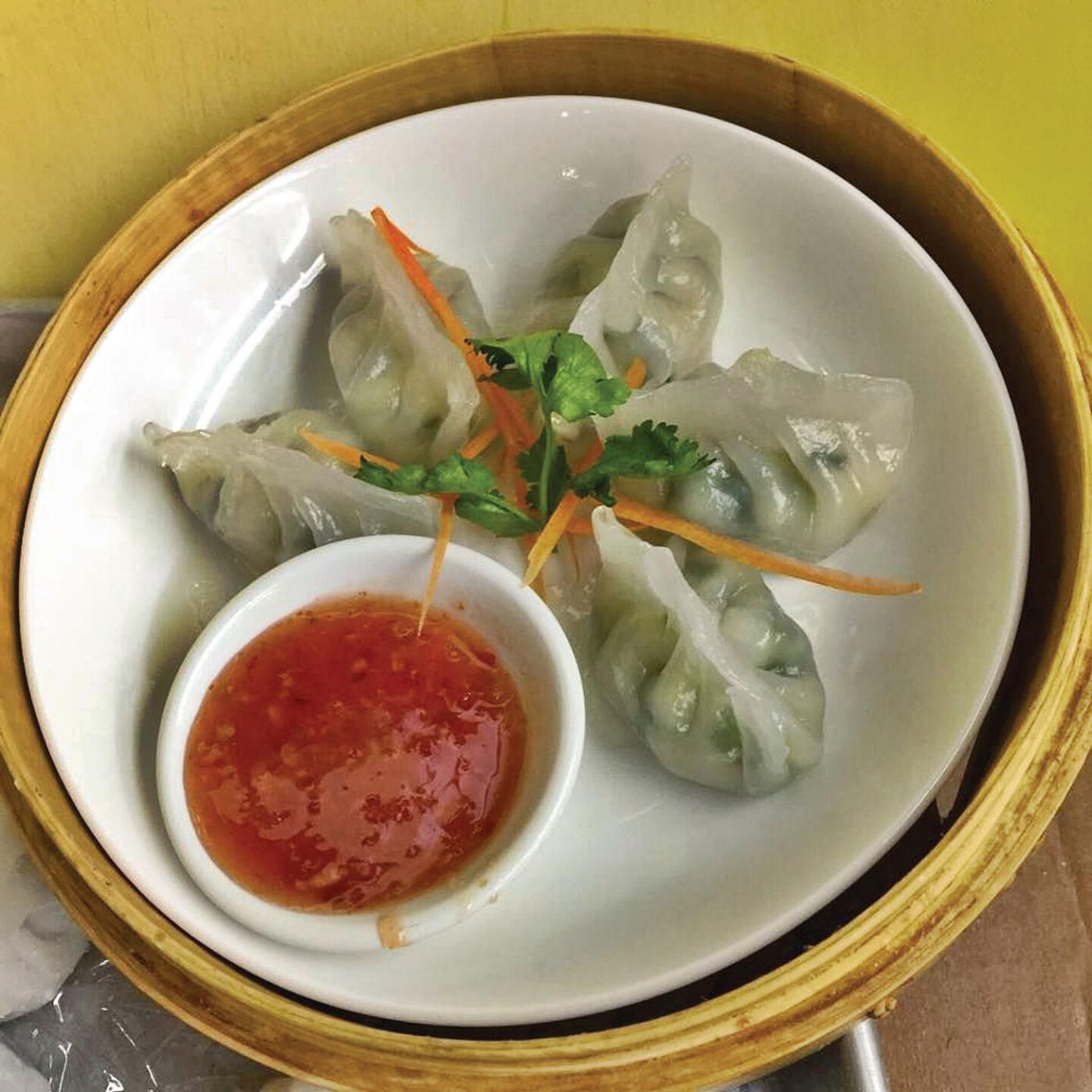 Serve vegetable and pork Gyoza with your choice of dipping sauce. 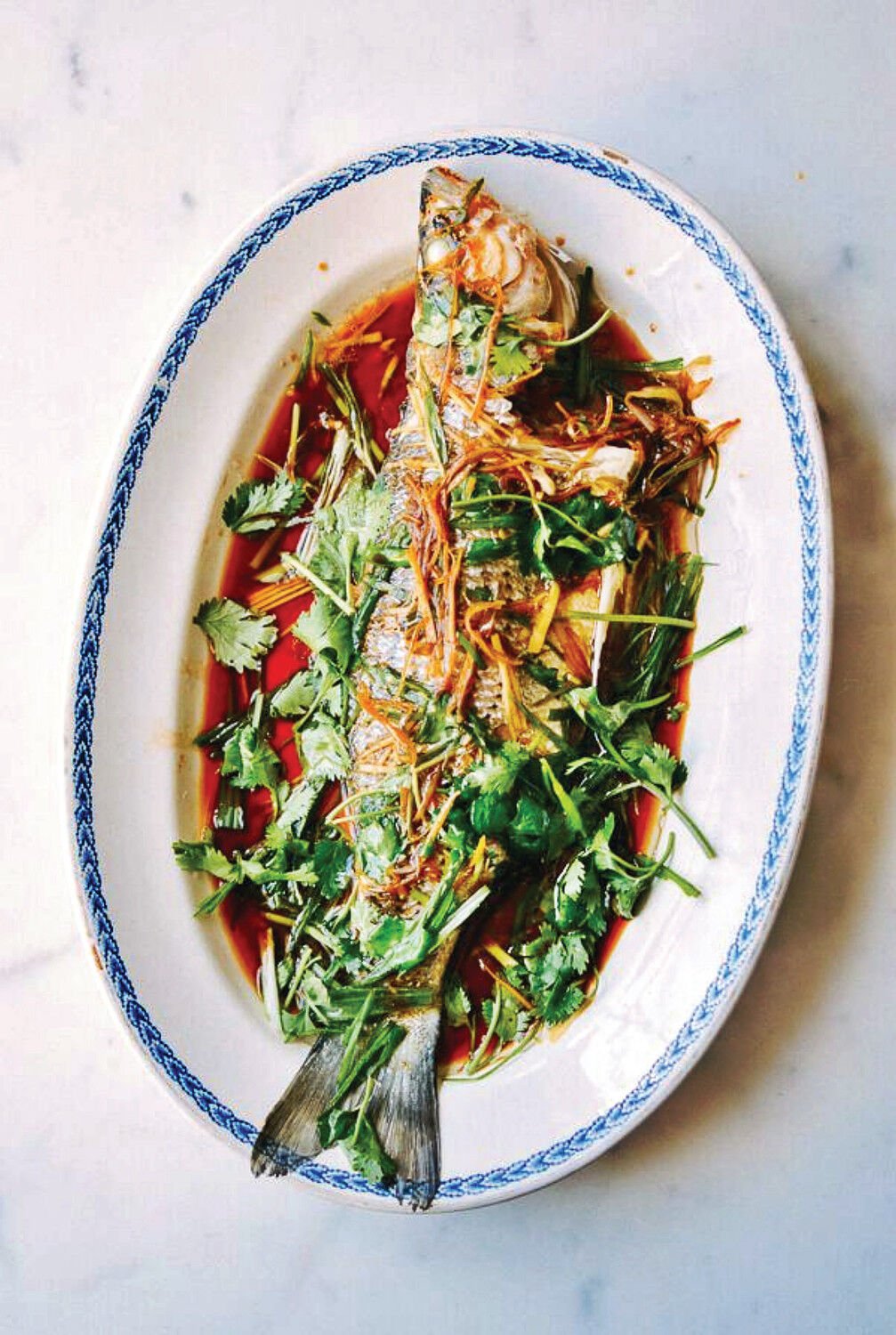 Ring in the Year of the Dog with steamed sea bass. 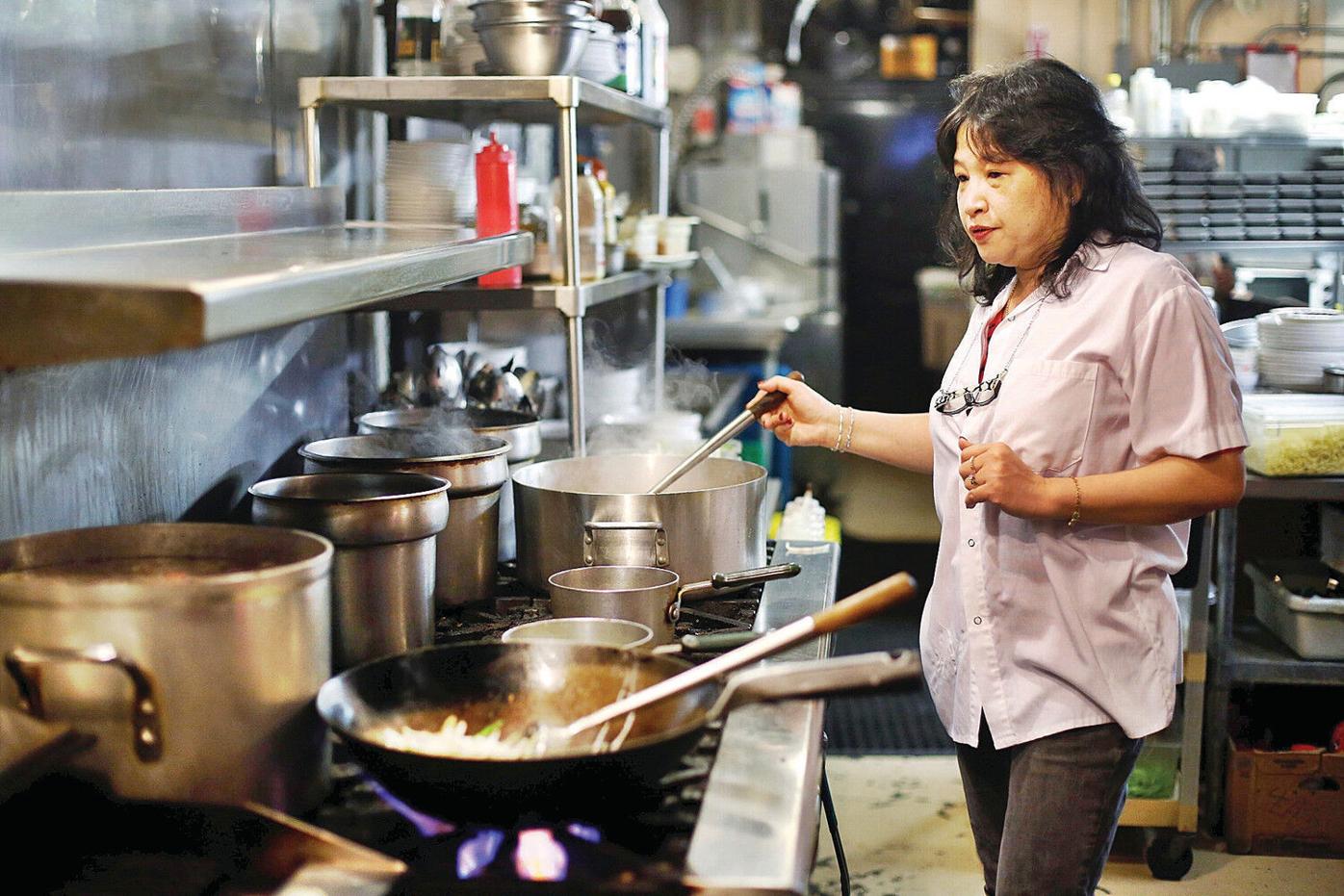 Serve vegetable and pork Gyoza with your choice of dipping sauce.

Ring in the Year of the Dog with steamed sea bass.

The Lunar New Year, also known popularly in the western world by the moniker "Chinese New Year," is an annual landmark of Asian culture and cuisine, marked by a heavy emphasis on family gatherings for traditional meals.

At Flavours of Malaysia, an Asian-fusion restaurant in Pittsfield, Mass., Hugh Koh sat briefly between recent lunch and dinner meals, with his niece, chef and co-owner of the restaurant Sabrina Chin Tan Lee.

While Lee pondered which recipes she would share for this story — making sure the meals would be part of the Lunar New Year buffet that Flavours is hosting on Feb. 20 — Koh weighed in on the holiday's traditions throughout Asia.

"The new year is very much when family is the most important thing," Koh said of the holiday, which takes place on Friday, ushering in the Year of the Dog. "In our family, we gather on the evening before midnight to enjoy a large, traditional meal. Then the next day, children honor their parents with visits, and sharing more meals."

The parents, Koh continued, give gifts of money to unmarried children in red envelopes, meant to ward off evil spirits.

"The red means good luck," Koh said. "Then we can also have more meals."

To the north, across the border in Brattleboro Vt., Adam Silver, director of the Asian Culture Center of Vermont, was preparing for Lunar New Year celebrations, an annual event to be celebrated on Feb. 18 at the Brattleboro Museum.

Among other things, the festival highlights food across Asian cultures with a New England twist: the potluck.

"We are celebrating the Lunar New Year of Vietnam, Korea, China and Japan," Silver said. "All those countries and cultures have their own names for the festival and variations abounds in how it's observed. We draw together this community as one extended family, sharing a potluck meal and activities for all ages, finding common ground in everyone's need for renewal in their lives. Asian and non-Asian, all are welcome."

In Williamstown, Mass., Dr. Li Yu, chair of the Asian Studies department at Williams College, weighed in on the holiday and the distinct difference in East-West approaches to culinary legacy.

"Lunar New Year is not just celebrated by Chinese. It is actually widely celebrated in Asia,"Yu said. "[T]he idea is to welcome the beginning of a new period and say goodbye to the old. It is the most important traditional holiday in many Asian countries, including China."

Yu went on to explain that like many such holidays, food is one of its key elements. She echoed Koh in saying that in Chinese traditions, people would have a family reunion dinner on the evening of the Lunar New Year.

Asked if she could share some recipes, Yu, whose department also hosts an annual Lunar New Year dinner on Feb. 20 on campus, also revealed another native tradition.

"I wish I could share some, but all my recipes are in my head, just like my parents," Yu said. "I think it is a very American, and very 20th-century thing that people write down the recipes to share. In Chinese society, people still use word-of-mouth and hands-on training to pass down the family recipes."

Reach Telly Halkias at tchalkias@aol.com or on Twitter at @TellyHalkias

Cilantro and scallions for garnish

Place fish on a plate with the rest of ingredients spread on top of the fish.

Place them in a steamer and steam for about 15 mins till cook.

Garnish with cilantro and scallions before serving.

Place all ingredients in a stainless steel bowl and mixed well.

Refrigerate for an hour to marinate.

Put a spoonful of pork mixture on the gyoza wrapper and seal with water.

When ready to cook, place the gyozas in a non-stick frying pan with a little oil and 1/2 cup water.

Cover and cook until water evaporates and the gyoza is crisp at the bottom.