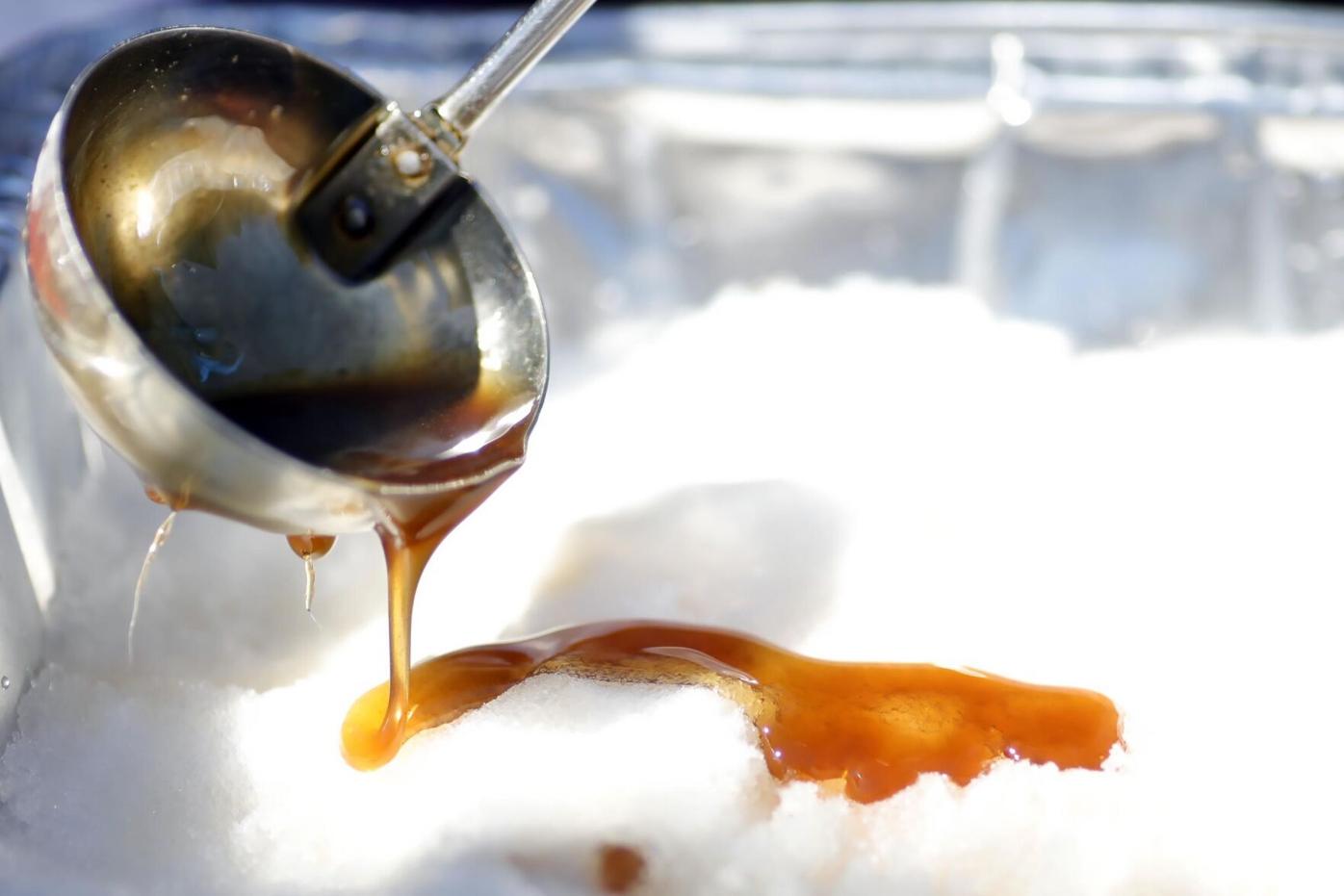 Sugarhouses in Vermont and Massachusetts are beginning their annual harvest and regrouping after an unprecedented year of COVID-19 restrictions, supply chain issues and changes in their traditional sales model. 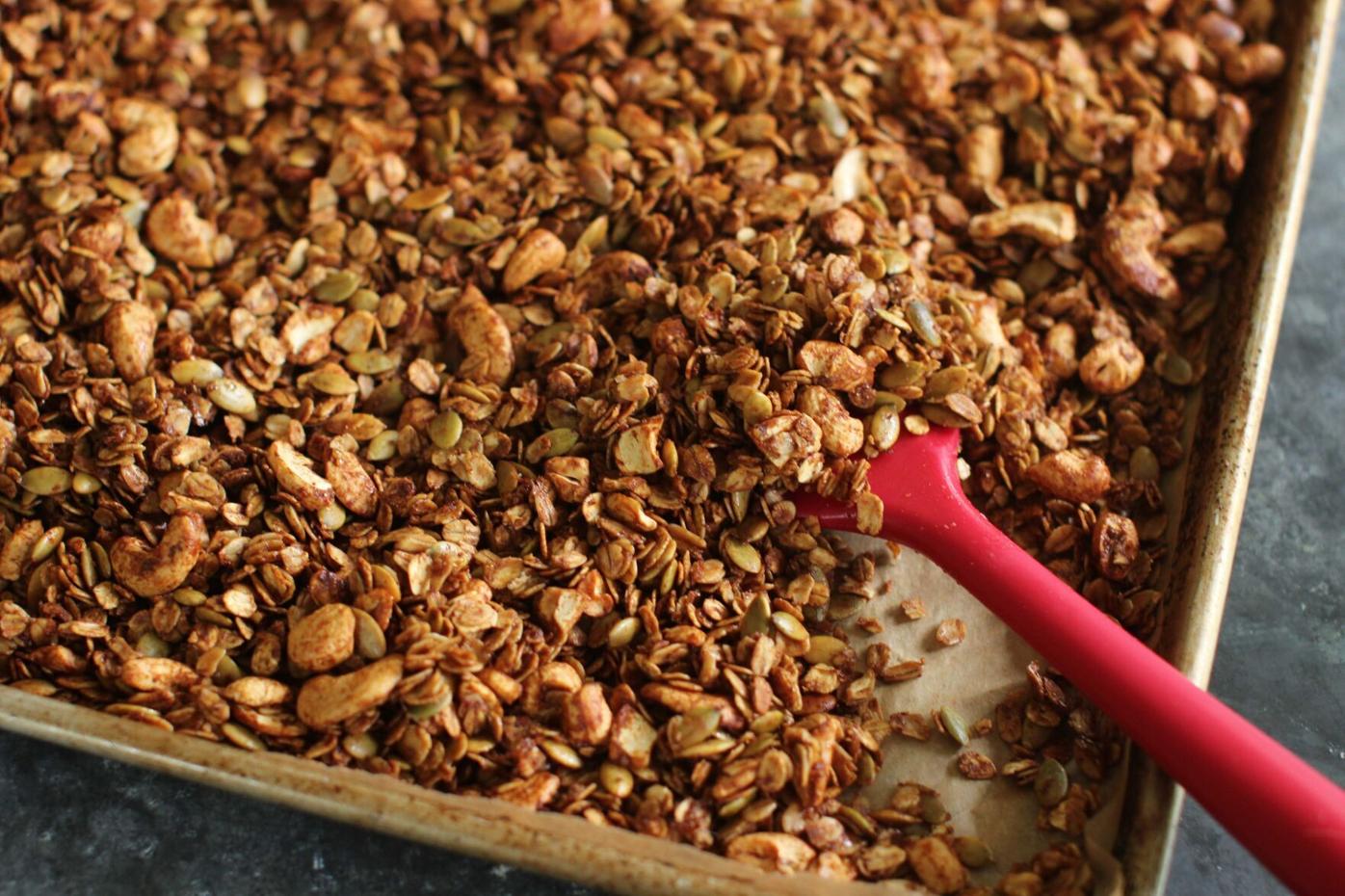 Carla Turner said her South Egremont farm saw an unexpected up tick in sales once people started baking more breads and experimenting with homemade granolas at home during lock down.

Sugarhouses in Vermont and Massachusetts are beginning their annual harvest and regrouping after an unprecedented year of COVID-19 restrictions, supply chain issues and changes in their traditional sales model.

Carla Turner said her South Egremont farm saw an unexpected up tick in sales once people started baking more breads and experimenting with homemade granolas at home during lock down.

Last March, as sugarhouses started ramping up their sweet production, maple syrup ended up being the last thing on all our minds.

"We kind of got lost in the news cycle," said Carla Turner of last season's syrup production that was — like everything else — interrupted by COVID-19. Sugarhouse tours stopped and the normally busy spring season where visitors trek to their favorite farms to smell the sweet steam coming off the boilers was silent. But, the syrup kept coming.

Turner — along with her husband, Paul Turner — runs a sugaring operation on Paul's family's dairy farm in South Egremont. The couple has been sugaring at Turner Farms Maple Syrup for 37 years now. The farm, she said, aims to produce 1,000 gallons of syrup a year, some years are better than others. The last two years, they "made considerably more," but were worried what they were going to do with it.

"Truthfully, [COVID-19] was on every sugarmaker's mind," she said in a phone interview. "People weren't coming to the sugarhouses; they couldn't."

But then, she said, something special happened: people started making breads and granolas at home. And where there's bread, there's French toast. And French toast needs ... maple syrup.

"Our sales suddenly started up ticking," she said of their website retail business. In a normal year, the farm sells 90 percent of its syrup products through the sugarhouse on Phillips Road. They also sell to some local restaurants, which were also hit by the economic effects of COVID-19.

But sales wasn't the only issue the couple ran into last year — they also suddenly faced a lack of supplies.

For about two months last year, Turner said, the sugaring industries' supply chain for plastic containers had stopped because the makers of the containers switched production to make hand sanitizer bottles to meet new demand.

"That was rough," she said. And up until about a few weeks ago, she was also dealing with a shortage of glass containers, as glass bottle companies faced international supply issues, and outbreaks of the virus among warehouse workers and drivers. But, as a smaller operation, she was able to more easily change containers than say, a mass producer of syrups. Just don't be surprised if your favorite local syrup comes in a slightly different bottle this spring, she said.

"People like familiarity," she said. "It's hard to sell something if it's in an ugly bottle."

But any New Englander knows, it's what's on the inside that counts. So far, this sugaring season has proven to be less fruitful than the last two years — which, Turner pointed out were "anomalies" in an unpredictable business — as syrup needs freezing and thawing temperatures to occur during a six-week period. This spring, longer spells of freezing have meant the sap stops flowing.

The Massachusetts Maple Producers Association points out on its website that "Trees don’t get COVID and they’ll be making sap, so sugarmakers will be making maple syrup!" Massachusetts' annual Maple Weekend will be held March 20-21, and sugarhouses are beginning to open, with COVID-19 precautions in place. In Vermont, the annual Maple Open House Weekend has been cancelled this year, according to the Vermont Maple Sugar Makers' Association. But individual sugarhouses may host their own events.

If you do get your hands on some local syrup this season, Turner recommends pouring it over some ice cream; "you can't go wrong with that." She also always puts 1/4 cup of syrup in her hamburger meatloaf mixture.

"It's an old Quebec recipe — it does something to make it more moist and brings out a nice flavor," Turner said.

Like everyone else in lockdown this past year, she also spent more time in the kitchen experimenting with different granola recipes. She uses a medium-grade syrup in this tropical-inspired mix: "We're super into this one."

Preheat oven 300 degrees. Combine all ingredients in a large bowl, then once mixed, place in an 11-by-13-inch pan on parchment paper or Silpat.

Bake granola mixture for 35 minutes, stirring every 15 minutes. Mixture should be relatively dry when done, but not burnt.

Drizzle half of the olive oil in bottom of a small baking dish, just big enough for the feta. Sprinkle cheese with raisins, rosemary and freshly ground black pepper; then drizzle maple syrup and rest of oil on top. Bake in 425-degree oven until golden and bubbly, about 15 minutes.