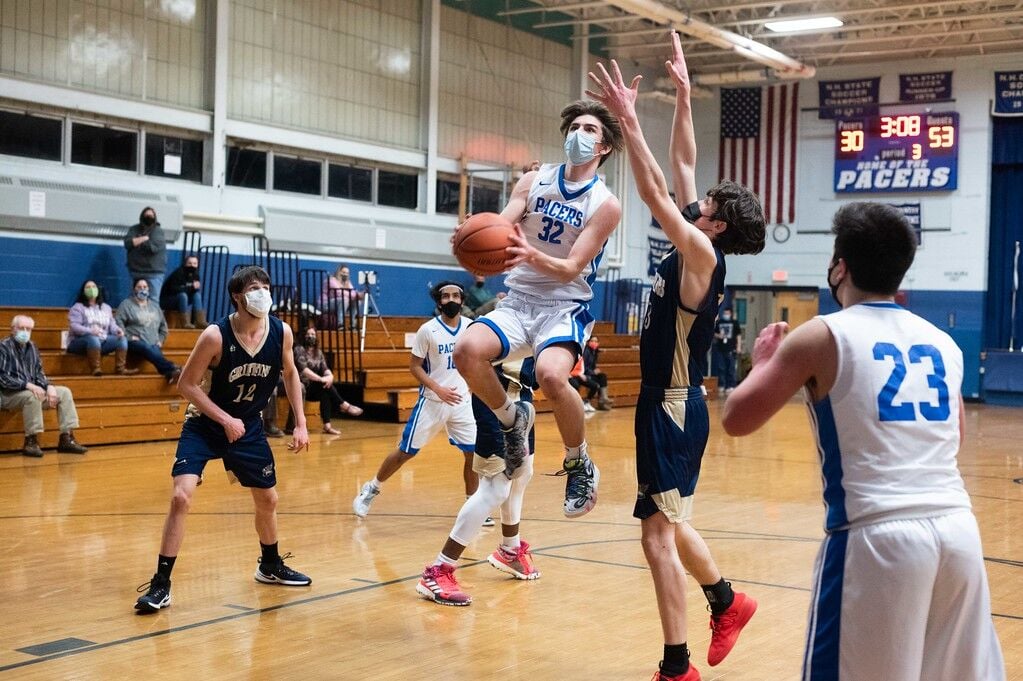 Hinsdale's Brayden Eastman soars toward the hoop during a playoff game against Holy Family last winter. 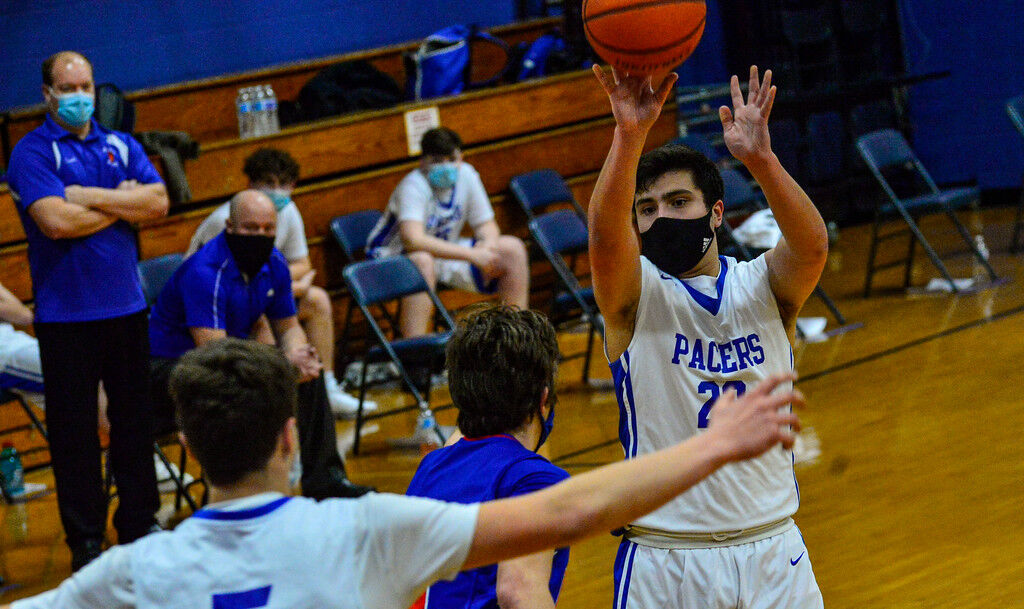 Noah Pangelinan puts a shot up for the Pacers as head coach Carl Anderson, left, looks on. 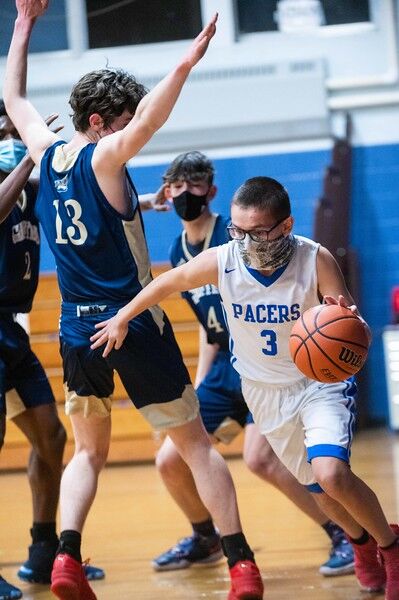 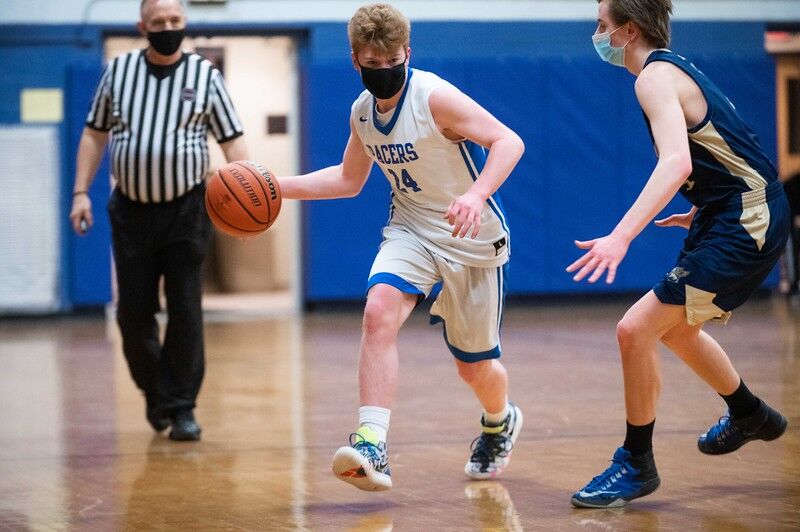 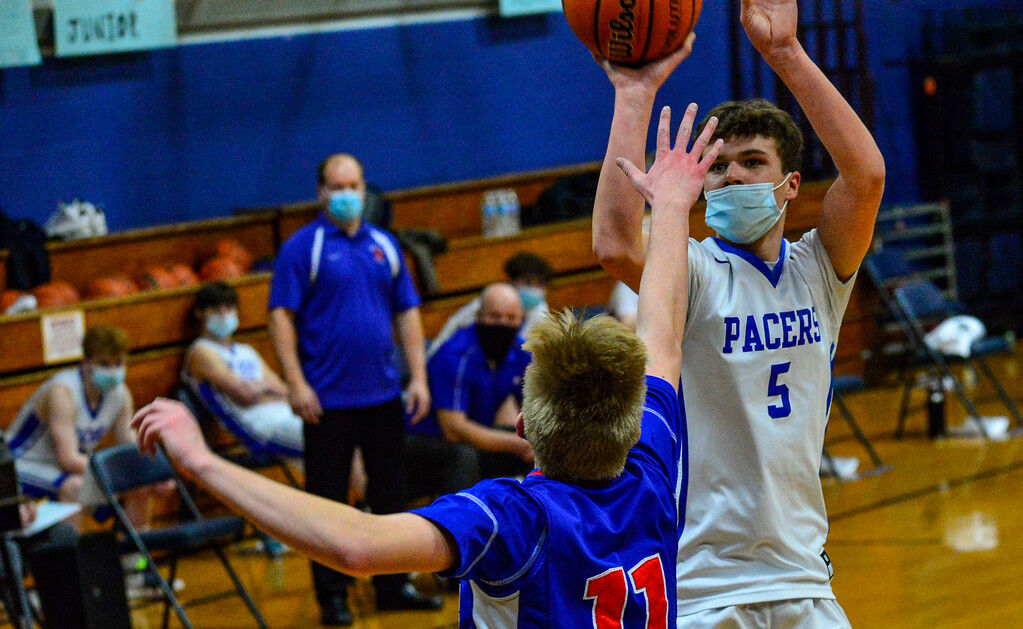 Hinsdale's Aidan Davis takes a shot during a game against Mascenic.

Hinsdale's Brayden Eastman soars toward the hoop during a playoff game against Holy Family last winter.

Noah Pangelinan puts a shot up for the Pacers as head coach Carl Anderson, left, looks on.

Hinsdale's Aidan Davis takes a shot during a game against Mascenic.

HINSDALE, N.H. — Carl Anderson, who recently spent some time in Las Vegas, believes the odds are in his team’s favor this winter.

“Hinsdale will bring back five guys from last year’s team. This group got some great experience last year by playing a heavy D-3 schedule,” said the varsity basketball coach for the Pacers, who are aiming for a Division 4 crown.

A Jan. 24 home game against Holy Family is likely circled on Anderson’s calendar. His team had a one-point lead over the Manchester squad late in the first quarter of that playoff showdown before the much taller Griffins pulled away.

Brayden Eastman, who scored a team-high 16 points for the Pacers in that contest, is one of the five returnees. The floor general averaged 11 points per game as a freshman.

“He has a great basketball IQ and continues to work on improving his game. His role will grow this year, but he does have some great support,” said Anderson, who will likely roll the dice with Eastman going one-on-one against anybody with the game on the line.

The Pacers, who will open up at Mount Royal on Dec. 10, should be solid at the defensive end.

“Noah Pangelinan is another piece to the puzzle, as he is a great defender and can help fill the stat sheet by scoring and passing,” the Hinsdale coach explained. “Aidan Davis did most of his damage on defense last year, racking up 25 blocks and a lot of rebounds. We will be looking for some offensive production from him this year to help round out the scoring.”

Also back for Hinsdale, which went 4-7 last season, are Tanner Hammond and Alex Shaink. The former can shoot from the outside and also drive while the latter does most of his damage in transition.