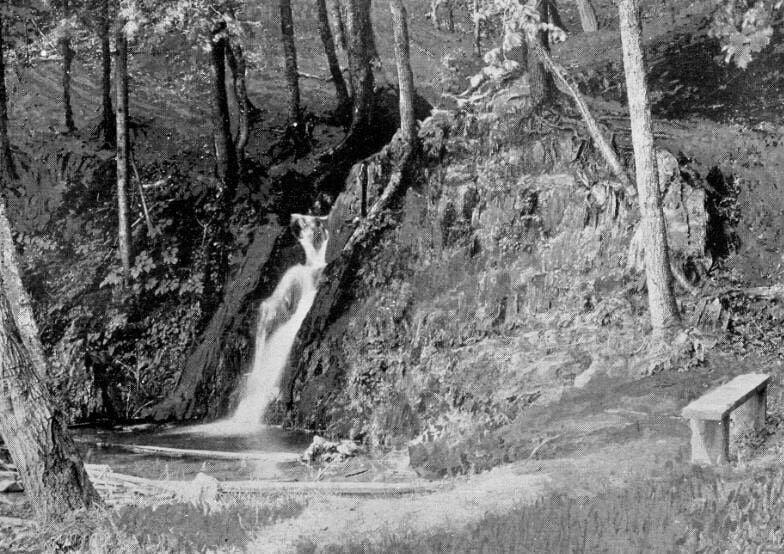 Chase’s Cascade, located near the Fort Dummer roadside marker at the foot of Cotton Mill Hill. 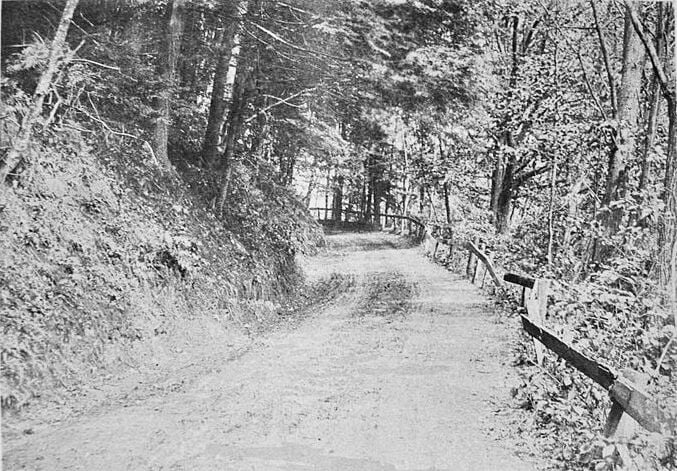 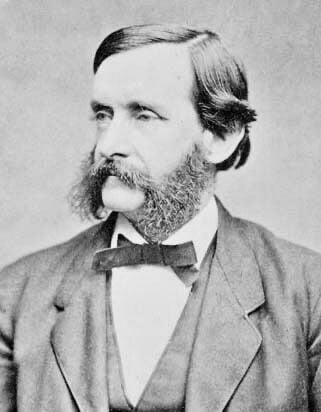 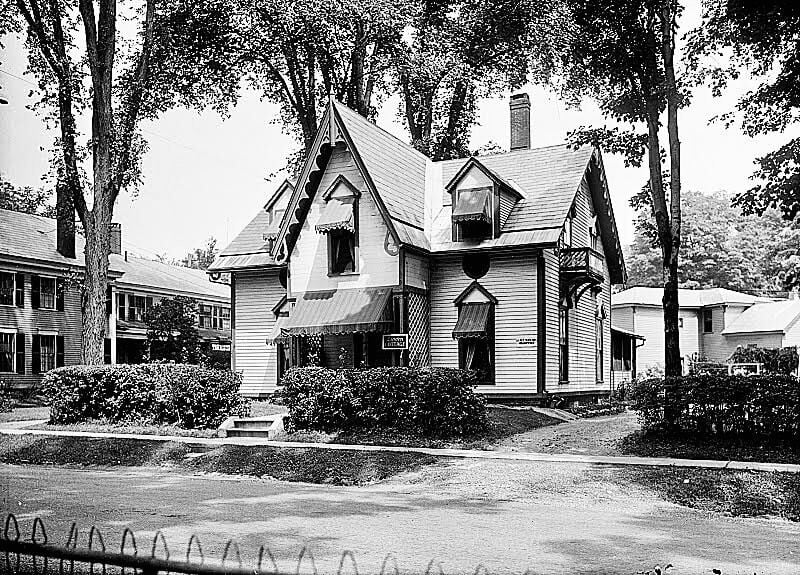 Chase’s Cascade, located near the Fort Dummer roadside marker at the foot of Cotton Mill Hill.

My eyes are tranced in beauty; soft young leaves,

The hours glide by, the spell leagues every sense.

The world fades far away and has no worth;

How shall I break a magic so intense?

How leave thee, Undine, for the common earth?

The poem was written to celebrate the beauty of a waterfall just south of today’s Cotton Mill Hill Road. These days the waterfall is hard to find, hidden behind the brush that has grown up over the past 100-plus years since this photograph was taken.

In order to accommodate the construction of a new cotton mill, the town voted to build a road from South Main Street to Vernon Road in 1911. This became known as Cotton Mill Hill. The newly constructed road acted as a replacement for Cascade Road, located a little south of Cotton Mill Hill.

The dirt trail known as Cascade Road had existed for centuries. In the 1700s the road crossed the meadows from the Fort Dummer trading post on the Connecticut River and climbed the hillside along Venter’s Brook to the pond located at Richardson’s farm, next to Old Guilford Road. Chase’s Cascade was part of Venter’s Brook. This road, the oldest road in what later became Brattleboro, ran south to the Mohawk Trail in Massachusetts.

Before Cascade Road had been used by Europeans it had been a connecting path to the major trade route between the Native peoples of the Connecticut River Valley and the Hudson River Valley. It has been suggested that the name for Venter’s Brook came from a Dutch fur trader named Van de Venter who camped at the pond in the 1600s.

Fort Orange, where Albany, N.Y. is located, was a Dutch trading post established in 1624 — 100 years before the construction of Fort Dummer. The Dutch, and their Native allies, traveled the Mohawk Trail to trade with Natives of the Connecticut River Valley. It may be hard to imagine, but the present spot where South Main Street turns into Old Guilford Road and connects to Sunny Acres was a major crossroads for centuries.

The author of the poem was Thomas Wentworth Higginson. He was from Massachusetts and a product of the Boston Transcendentalism Movement. Transcendentalism was a philosophical, literary and religious movement which believed that society had corrupted the goodness of people, and that people could overcome this corruption by connecting with the simple, spiritual existence found in the natural world. Henry David Thoreau’s book, “Walden,” is a good example of these beliefs.

In the poem, “Chase’s Cascade,” Higginson writes about the serenity of the waterfall. He relates how the sounds, sights and smells of the cascade connect him with the spiritual side of nature, as represented by Undine, “the green-wood’s loveliest daughter.”

In ancient mythology, Undines are female water spirits. Undines can fall in love with humans but will die if the human they fall in love with is unfaithful to her. An interpretation of the poem could be that the cascade is represented in the Undine and the author is attracted to the spirit. The author’s time spent with the waterfall is wonderful but he does not know how he can leave her for the “common” world. He is torn because returning to society means hurting the Undine. This interpretation forms a connection with the author’s Transcendentalist beliefs. The wonder of poetry is there can be many valid interpretations.

Thomas Wentworth Higginson was the youngest of six children. He was born in 1823 in Cambridge, Massachusetts and his oldest sibling, his brother Francis, had been born 17 years earlier. Thomas’ father died when Thomas was just 10 years old.

In 1841 Thomas graduated from Harvard College and began studying to become a minister at Harvard Divinity School. After a year he left his studies to join the Abolitionist movement full-time. He followed the teachings of Thomas Parker and joined a more extreme branch of Abolitionists who favored expelling slave-holding states from the country. In 1843 his mother and sisters moved to Brattleboro. They relocated here to be near Thomas’ older brother, Francis, who had become a doctor and moved to town a year earlier.

Thomas began to spend time in Brattleboro with his family while also continuing his abolitionist work. Eventually he went back to Divinity School and graduated in 1847. He married in 1847 as well and brought his wife, Mary Channing of Boston, to Brattleboro. His first job as a pastor was in Newburyport, Massachusetts but he was asked to leave because of his radical sermons and beliefs. He preached against slavery but he also complained about the working conditions in the local cotton mills. His sermons were very critical of southern slavery but they were just as critical of those who lived in the north and did nothing to stop the practice.

Higginson’s radical beliefs went beyond abolition. He also favored labor rights and rights for women. In 1852 he was appointed pastor of a church in Worcester, Massachusetts. In 1853 he spoke at the Massachusetts Constitutional Convention in favor of women’s voting rights. He was a close friend of abolitionist and women’s rights advocate Lucy Stone and worked with her on many campaigns.

The Fugitive Slave Act was passed in 1850 and Higginson joined a group that actively defied the law by protecting fugitive slaves. In 1854 his extreme views found him leading an attack on a Boston federal courthouse in an attempt to free a captured slave. In the violent skirmish he received a saber wound.

The Kansas Nebraska Act of 1854 allowed for the possibility of slavery expanding into newly established northern territories of the United States. Higginson found this unacceptable and began raising money and organizing to populate Kansas with people opposed to slavery. He traveled to Kansas and brought supplies, including weapons, to the anti-slavery factions in the territory.

While in Kansas Higginson became a believer in John Brown’s radical approach to ending slavery through organized military-style uprisings. Higginson raised money to support Brown’s efforts and when Brown led a violent anti-slavery insurrection in Virginia, Higginson raised money for Brown’s trial defense. Higginson also began plans to help Brown escape from prison but Brown got word back to Higginson that he did not want to be rescued.

During the Civil War Higginson joined the Union Army and became a colonel in one of the first regiments of freed slaves mustered into service, the Thirty Third United States Colored Troops. Higginson wrote about the experience of leading escaped slaves, “We, their officers, did not go there to teach lessons, but to receive them. There were more than a hundred men in the ranks who had voluntarily met more dangers in their escape from slavery than any of my young captains had incurred in all their lives.”

While all of these events were occurring, Higginson continued to visit his family in Brattleboro. Letters he wrote to John Brown were sent from his family’s Brattleboro address. Mary Cabot wrote in her “Annals of Brattleboro” that Higginson visited his family often. She further wrote, “He was chiefly remembered here by his contemporaries for his preeminent social gifts, which included dancing.”

After the Civil War, Higginson supported himself through writing and editing. He wrote many books. Some were about his experiences during the war and others advocated for women’s equal rights and opportunity. In 1875 he wrote a history book for schools called, “Young Folks History of the United States.” During this time Higginson also struck up a relationship with a writer named Emily Dickinson. He corresponded with her and encouraged her writing. After her death he became an editor of her first two collections of published poems.

Higginson was a writer on many subjects but some of his projects were left undone. He passed away in 1911. In his younger years Thomas had planned to publish a collection of poems with his sister, Louisa. This was never completed but his poem, “Chase’s Cascade” would have been a good addition to the collection.