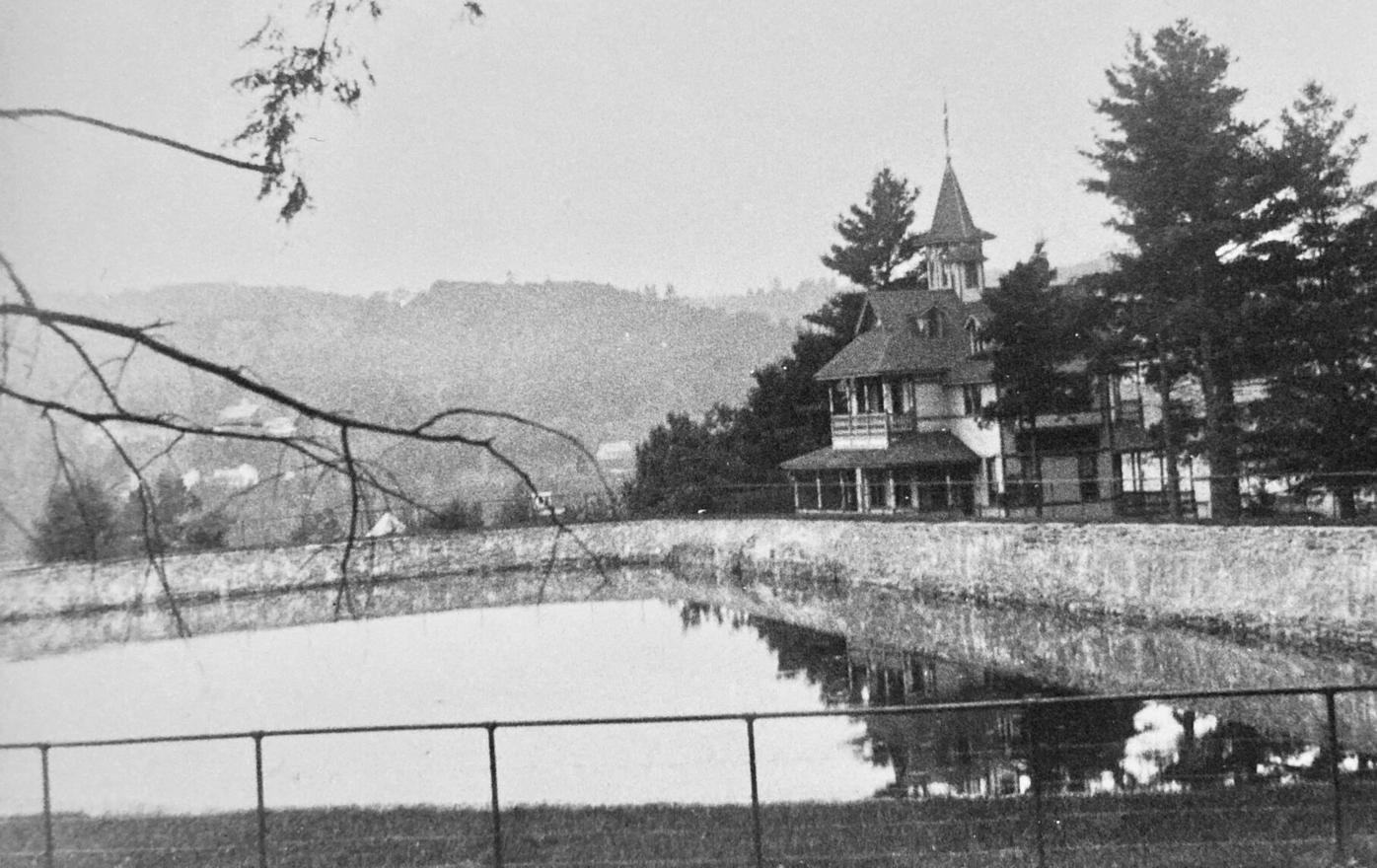 Chestnut Hill reservoir in the 1880s. 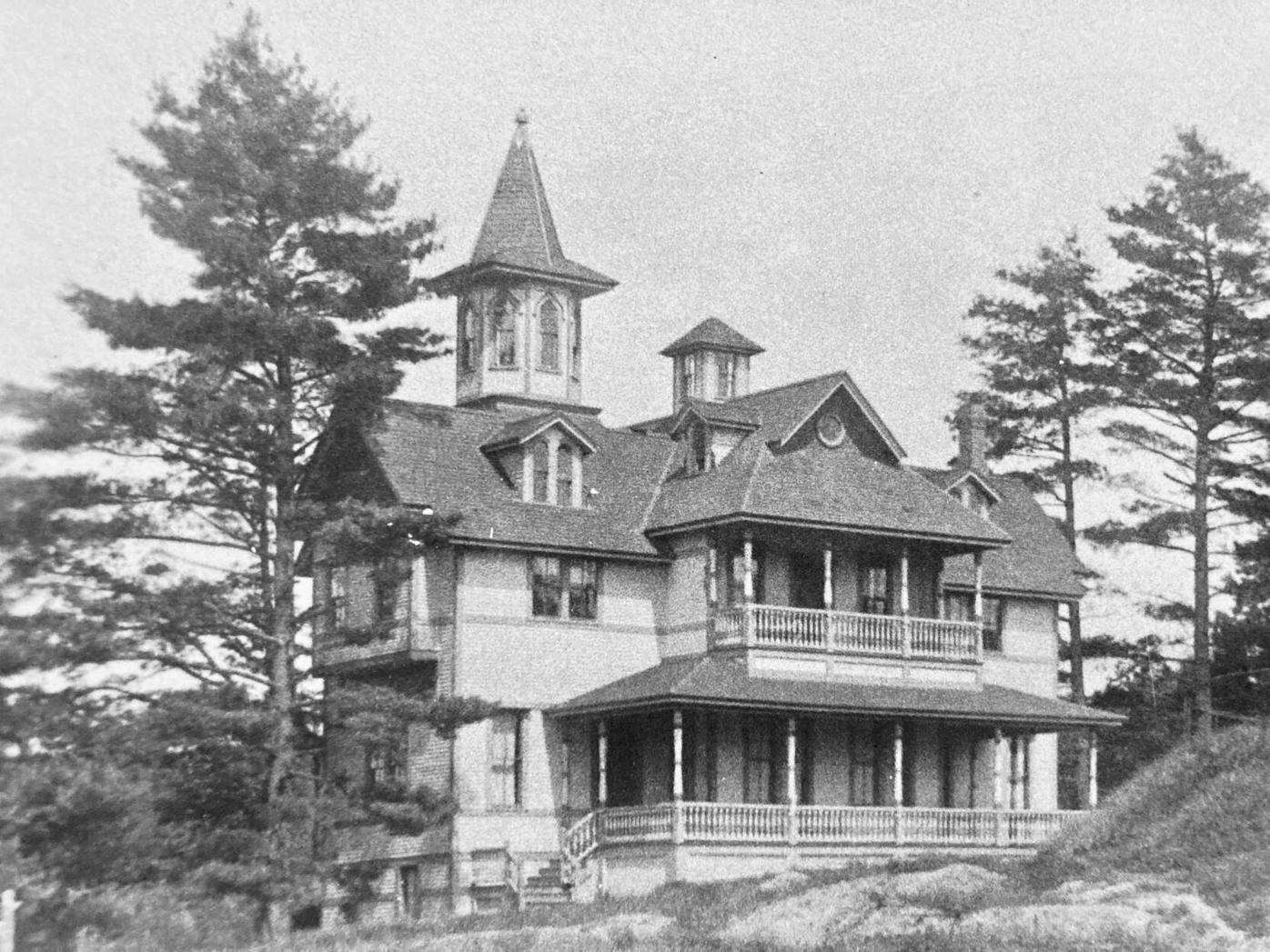 "Cottage" built by the Crowells in the early 1800s, used to house "Fresh Air" children from NYC and later was used by the Baptist Church to provide a "vacation home" for invalids and other city people needing "country benefits" in the summer. 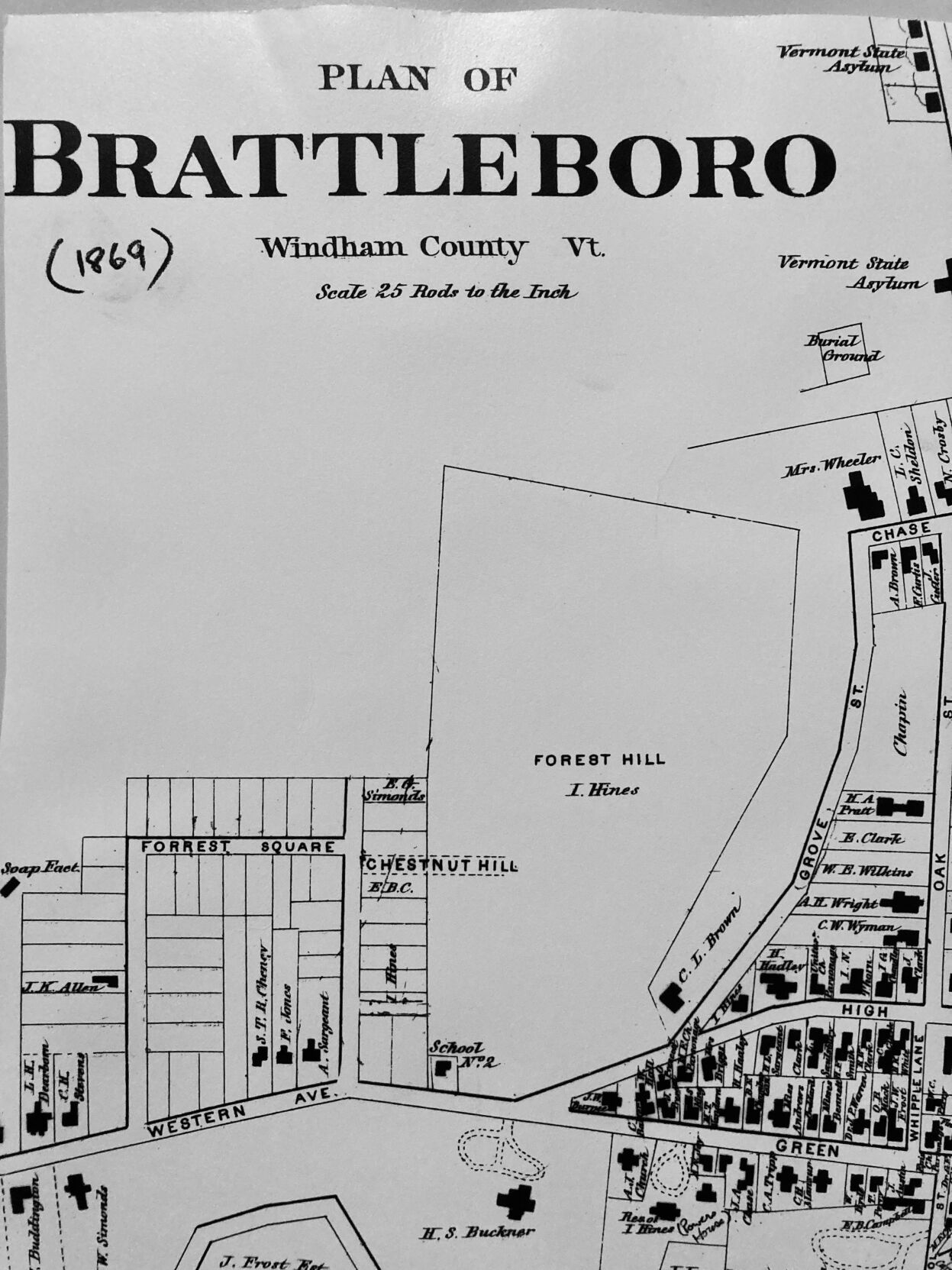 Chestnut Hill reservoir in the 1880s.

"Cottage" built by the Crowells in the early 1800s, used to house "Fresh Air" children from NYC and later was used by the Baptist Church to provide a "vacation home" for invalids and other city people needing "country benefits" in the summer.

BRATTLEBORO — In September 1856, Henry David Thoreau came to Brattleboro and stayed with the Addison Brown family on Chase Street. Addison Brown had been minister for the Unitarian Church for many years and was presently involved in public education and social causes. He was a strong advocate for public education, women’s rights and abolition. Ann Brown, the minister’s wife, was an amateur botanist and got along well with Thoreau. While Thoreau was in town he also spent time with Charles C. Frost, another local botanist, and they identified various plants while walking along hiking trails in the area.

According to Thoreau’s Journal, on September 7, he “climbed the hill behind Mr. Addison Brown’s” and hiked through the woods to the Frog Pond on what is now known as Chestnut Hill. The reservoir had not yet been created but there were a few springs in the area and Thoreau recorded seeing water parsnip growing in the pond.

A few years later Isaac Hines purchased the hill of pasture and woodland from the Goodhue family. The east village of Brattleboro was expanding away from the Connecticut River and Isaac Hines was a house-builder who constructed many homes in the Green Street and High Street area.

Around 1872 the Hines Aqueduct Association was formed by Isaac Hines to distribute water from springs on the hill he owned. The plan was to develop the land along Western Avenue, Forest Square, and Hines Hill. The aqueduct would provide water to this development and raise the value of the properties.

At the time of his death in 1876, Isaac Hines was in the process of building a reservoir and expanding his aqueduct at the top of Hines Hill. He did not complete the project.

George Crowell had moved to Brattleboro in 1866 to work at a local newspaper. After a year he began his own publication, The Household. The paper focused on the interests of women and home life. It became hugely successful and, within three years, had over 50,000 subscribers. Crowell took his profits from The Household and poured them into many local projects.

Crowell built manufacturing facilities along Flat Street, invested in the Carpenter Organ Company and Brattleboro Jelly Company. He also purchased a great deal of land on the western edge of Brattleboro Village with an eye towards housing development.

In 1881 George Crowell was in the process of developing an aqueduct of his own. He had entered into an agreement with Daniel S. Pratt to build a large water reservoir on Pratt Hill, which is located just east of the present exit 2 interchange. Crowell owned many building lots in the area known as Forest Square and wanted to improve their value by connecting a water system to the properties.

In 1882 another business opportunity presented itself to Crowell when he bought the Hines property from Isaac Hines’ son. There were four springs on the hill and Crowell thought the land around the hill could be developed into additional building lots. Crowell renamed the property Chestnut Hill, had the property surveyed for building lots and put men to work finishing the reservoir Isaac Hines had begun almost a decade earlier.

Within two years Crowell had completed the Chestnut Hill aqueduct and reservoir. The company was delivering water to many properties around Forest Square and down Green Street to Elliot and Flat streets.

Instead of developing the land around the Chestnut Hill reservoir, Crowell decided to create a park. The 30-acre park had croquet grounds, a log cabin, a bandstand, and a three story cottage with a 50-foot observatory tower. Crowell built roads to the top of the hill and opened it up to the public. The park was well landscaped and provided comforting views of the town and hillsides. It became a destination for relaxation and an opportunity to commune with nature.

The Brattleboro Retreat was inspired by the natural beauty of the park. The Retreat developed its own trails and opened them to the public. The Retreat Tower was also constructed during this time to complement the trails and their connection to the park on Chestnut Hill.

Around 1888 Crowell bought an almost 30-year-old mansion across the street from the bottom of Chestnut Hill and had it remodeled for his family. Today the mansion is long gone but the property is owned by the town and known as the Crowell Lot.

Meanwhile, Crowell saw the need for added capacity, expanded his reservoir and set up a water pump at the West River to pump additional water to the reservoir. This provided another 500,000 gallons of water a day.

Crowell’s water system continued to expand and, by 1905, Chestnut Hill was providing one-third of the Brattleboro population with water. Again, the village explored the possibility of building its own water system or purchasing Crowell’s. A committee was formed and discussions with Crowell began again.

When the village had explored building its own water system over a decade earlier they had hired an engineer to determine where the best locations might be to establish a gravity fed municipal water system. The village decided not to act on the engineer’s recommendation but had entered into agreements with Crowell to provide water for fire hydrants and to water the dirt roads.

For the next two decades the village and the Crowells were in what seemed to be an unpleasant arranged marriage. George Crowell continued to develop the Chestnut Hill and Pleasant Valley reservoirs, providing more and more water to the expanding community while the village threatened to build its own water system and complained about the water rates charged by Crowell. The major names of Brattleboro business and politics were all involved in the conflict. Edward Crosby and Clark Fitts supported Crowell’s efforts while James Hooker and Ernest W. Gibson opposed them, and George Dunham tried to find a middle ground that pleased no one.

Some saw Crowell as a town benefactor who was using his wealth to improve the community infrastructure while other believed he was exploiting the village by creating a private monopoly on water services.

In 1909, Crowell’s two reservoirs were merged into one company, the Brattleboro Water Works. Work continued on the Pleasant Valley reservoir and it was expanded to hold 120 million gallons of water. Over 100 Italian immigrants were brought in to develop the reservoir and clear 25 acres of land. In 1916 George Crowell died and his son took over the company.

Finally, in 1925, the village voted to purchase the Brattleboro Water Works Company for $525,000. The smaller private aqueduct associations had continued to operate during this time but became less relevant as the community continued to grow.