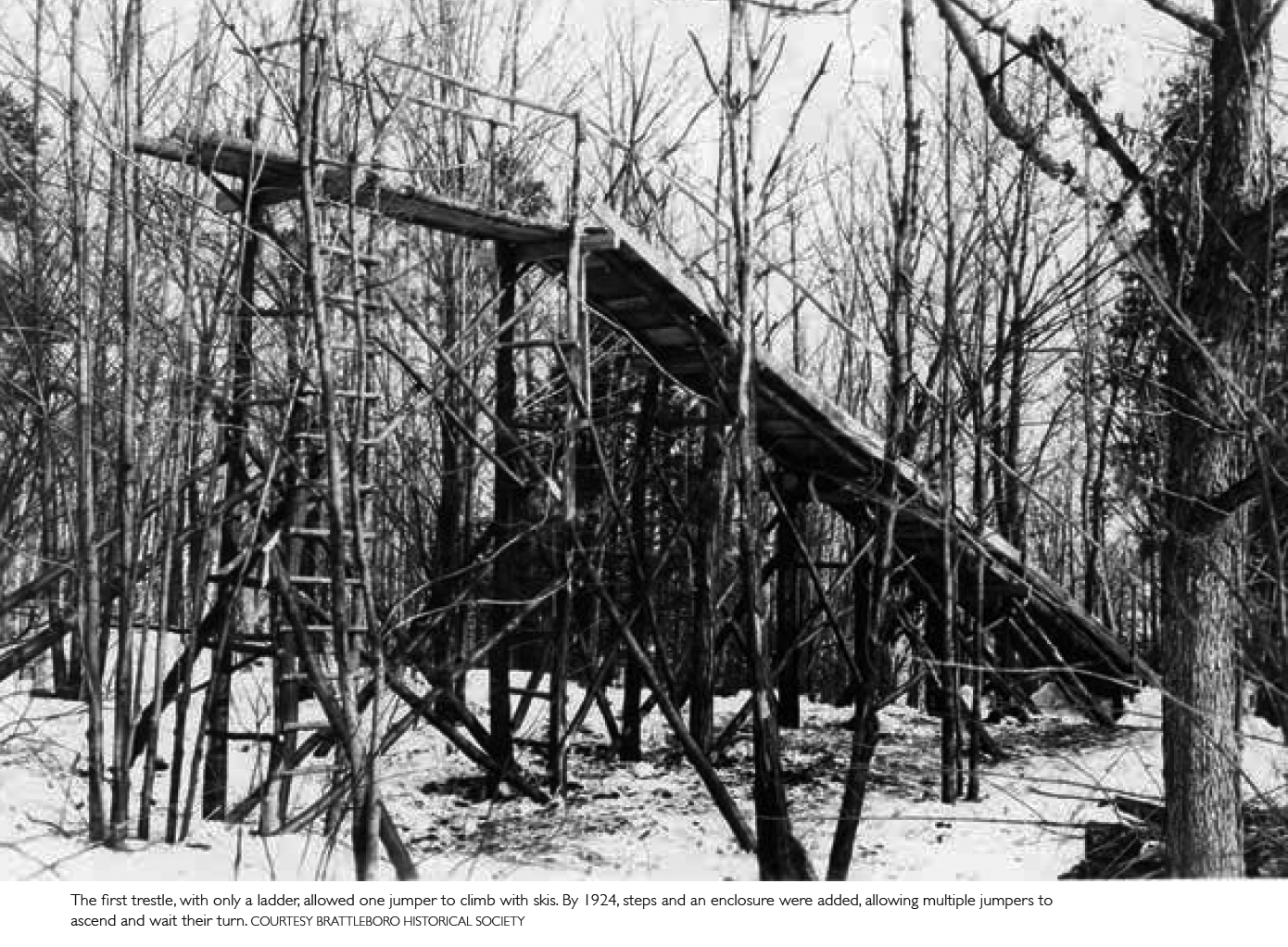 A wood trestle was used for the first Harris Hill Ski Jump in Febrary 2022. 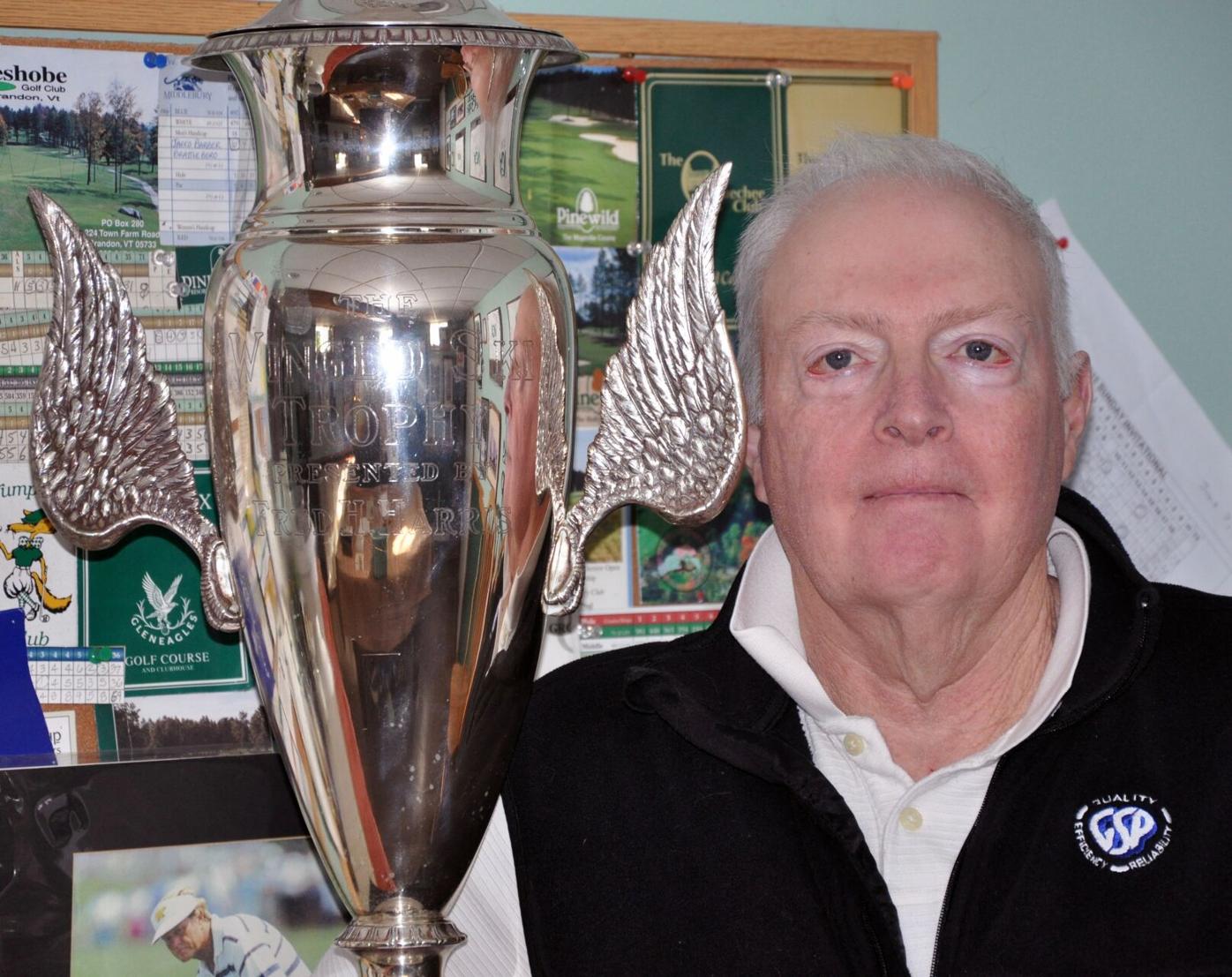 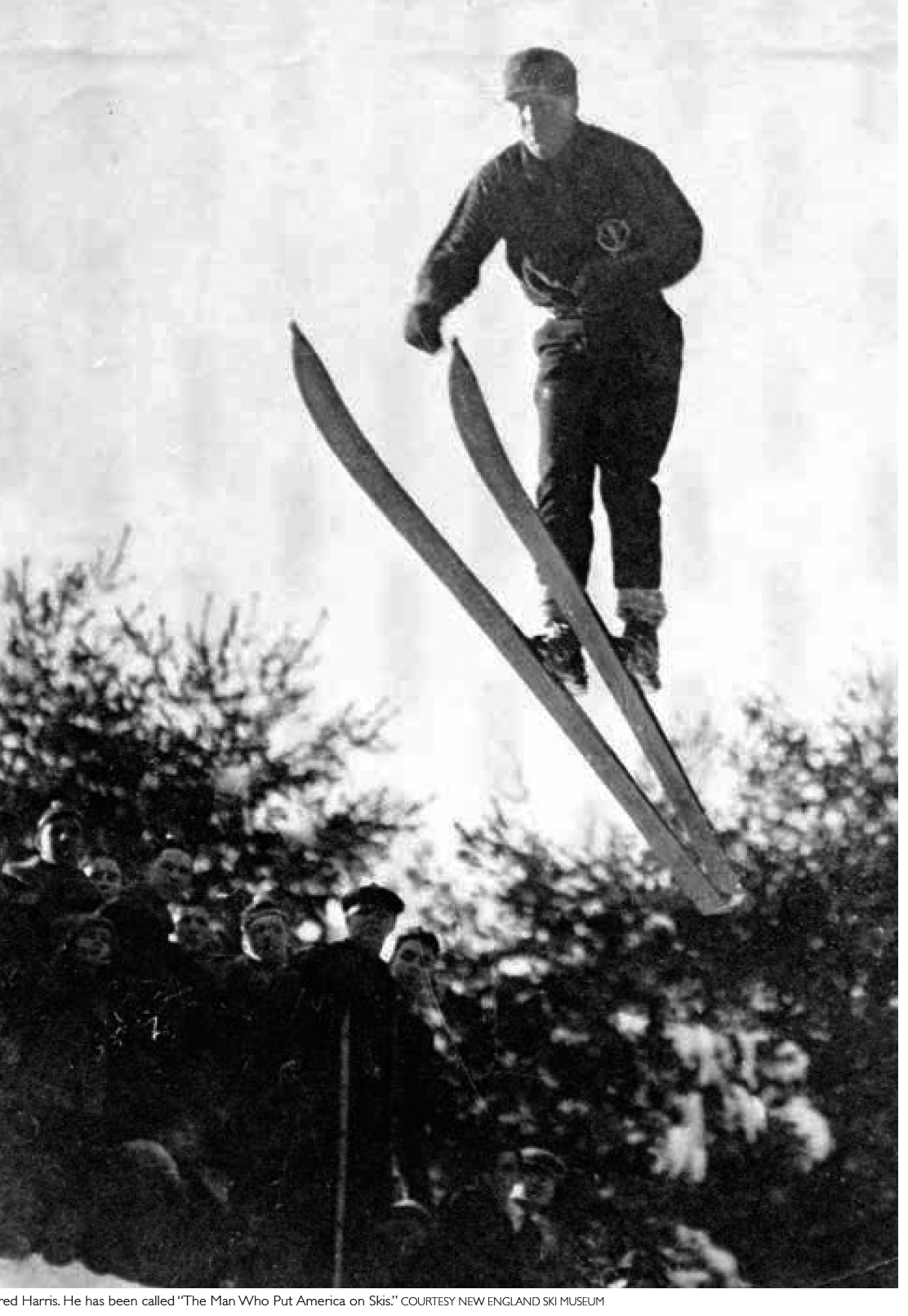 A wood trestle was used for the first Harris Hill Ski Jump in Febrary 2022.

BRATTLEBORO — 100 years ago Brattleboro was still in the throes of a pandemic. World War I (the war to end all wars, the war to make the world safe for democracy, the Great War, the 1914-1918 War) had just ended.

On January 16, 1920, at midnight the saloons closed for 14 years. Prohibition was in force. There were 32,000 bars/saloons in New York City alone during prohibition, replacing half as many pre-prohibition saloons.

Women got the vote in 1920 and they helped elect a standardized American citizen to the White House, Warren G. Harding. Harding would say about himself, “I’m a man of limited talents from small town. I don’t seem to grasp that I’m President. I know somewhere there’s a book that will give me the truth but, hell, I couldn’t read the book.”

Vice President Calvin Coolidge brought respectability to the tarnished office of the presidency. He was a New England Puritan, practical. Upon his ascendancy to the presidency Coolidge said, “It’s a hard thing for me to play this game.”

In America and Vermont people were on the road. Henry Ford had put them there with his $290 Model T. The Tin Lizzy went everywhere. In explaining the mentality of the business conscientious United States, Ford would say, “Anything which is economically right is morally right.”

An American super salesman from the ’20s, Bruce Barton proclaimed that, “Jesus was the founder of modern business. He thought of his life as business. He would be a national advertiser today.”

Lee DeForest invented the radio tube. The first national radio broadcast was the election results from November 1920. If you had a radio you could listen to the broadcast. Five years after the first broadcast in 1920, 50,000,000 Americans were tuned in. The airways were littered with advertising. DeForest lamented, “What have you done with my child? You’ve sent him out on the streets with rags of Ragtime to collect money.”

In Italy in 1922 Benito Mussolini led his black shirted Fascists to power (‘March’ on Rome). In Germany Adolf Hitler joined the Nazi Party and effected the Beer Hall Putsch in 1923 in Munich. In Russia, Nikolai Lenin promised to spread the Red Revolution throughout the world. Lenin had been in power since 1917.

In a series of raids, the Palmer Raids (orchestrated by the then Attorney General A. Mitchell Palmer), thousands of immigrants were arrested under wartime anti-sedition laws. Hundreds were deported on suspicion alone. Palmer said about those under suspicion, “Each and every adherent of this movement is a potential enemy or thief. From their lopsided faces, sloping brows and misshapen features, maybe recognized the unmistakable criminal type.”

In 1925, 40,000 Ku Klux Klansmen in bedsheets marched down Pennsylvania Avenue in the nation’s capital. Hiram Evans was ruler of the invisible empire who declared himself to be “the most average man in America.” The Klan was 5 million strong, 5 million native born whites held together by a common fear of the world outside. They tried to stop the clock with mutilation and murder, but it couldn’t finally work.

In Massachusetts, a shoemaker and the fish peddler were arrested for murder. Italian immigrants Bartolomeo Vanzetti and Nicola Sacco would become a symbol for millions. According to the judge at their trial, the Honorable Webster Thayer, Sacco and Vanzetti were “anarchist bastards, dagos, sons of bitches.” Found guilty they would wait six years to die in 1927.

That is the same year that Charles Augustus Lindbergh made his solo flight across the Atlantic. Lindbergh was the greatest hero in a decade of heroes. No one had ever flown the Atlantic alone. But when he reached Paris, he was not alone ... 100,000 people had come out to greet him. A 25-year-old American mail pilot became what everyone wanted to believe in. A young man in America, in the ’20s, could achieve anything.

Lindbergh decided to go on tour and visit every state. He flew at low altitude over Brattleboro and was seen by Brattleboro resident Midge Dunham. She recalled, “He flew right over the Estey Organ company and we were all standing right down here on Organ Street. We had a platform there. And we were all on that. And we saw him very close. He was close. He flew right over me.”

In Brattleboro, attendees would be treated to the development of the Harris Hill Ski Jump. Frederick Henry Harris was a contemporary of the Wright brothers, inventors of the airplane, when the Brattleboro college student first strapped wooden slats to his feet and catapulted off a snow-covered ramp.

Vermonter Harris would build what’s now the Harris Hill Ski Jump in his hometown in 1922. Harris had eyed an evergreen-laden hill on Cedar Street in December of 1921. In a month, workers cut trees, blasted rocks, smoothed the slope and constructed 350 steps up to a wood trestle for an inaugural jump on Feb. 4, 1922. The Brattleboro Reformer summed up spectators’ reaction in 1922: “They surely got their money’s worth of spectacular ski jumping.”

Harris, who enlisted his college geology professor to judge the meet, leapt 107 feet.

A pioneering “extreme skier,” Harris is credited with making the earliest slalom descents of Mount Washington in New Hampshire and Whiteface in New York, as well as founding the Dartmouth College Outing Club — the first such organization of its kind in the country — “to stimulate interest in out-of-door winter sports,” he wrote in his school newspaper.

Harris lived for adventure. He often canoed the Connecticut River to commute between home and college, won the U.S. mixed-doubles tennis championship in 1912, and piloted his 87-year-old grandmother in a plane for her birthday in 1920.

In 1924, the event, billed as that year’s National Championship, drew a crowd of 2,500 people. Charles Edward Crane, writing in his book “Winter in Vermont,” said, “I think I shall never see more interesting ski events than in those days when jumping was so new, and the crowd at Brattleboro more picturesque in a hit-or-miss manner of dress than it is now in ski-tog smartness.”

“Harris came in for a good share of the applause by the crowd,” the Reformer reported. “The onlookers, especially the Brattleboro residents, knew that but for him the ski jump project never would have come about.”

“The jump provided heroics for all to see,” winter sports historian E. John B. Allen said. “It really did seem that a man could fly.”

The hill would host its first National Championship in 1924, deemed by then-governor Redfield Proctor Jr. as “the most thrilling entertainment I ever saw … not only a splendid advertisement for Vermont as a winter sports region but a tremendous incentive to the development of ski sport throughout the East.”

There have been records set and numerous highlights from the Harris Hill jump. In 1954 Brattleboro’s greatest jumper, Merrill “Mezzy” Barber, jumped for the last time finishing his career at Harris Hill. Mezzy won over 125 trophies, and finished first at Harris Hill twice.

In 1968, Brattleboro’s Hugh Barber and Dana Zelanakas were named to Eastern Ski Team. Zelanakas was named to the United States National Ski Team that competed in the Sapporo, Japan Olympics in 1972.

In 1979 at the Fred Harris Memorial Tournament, Walter Malmquist earned the second leg of the famed winged trophy. Malmquist classified winning Harris Hill as “Second only to winning An Olympic Gold Medal.”

Throughout the years the famed Harris Hill Winged Trophy that requires three victories at the Harris Hill Tournament to retire the trophy has been done six times. Brattleboro’s Hugh Barber (1972-1974) is the only local native to retire the trophy. His achievement sits beside fellow jumpers Torger Tokle, Arthur Tokle (four wins in ‘48, ‘49, ‘51, ‘62), Art Devlin (six wins in ‘46, ’50, ’54, ‘55, ‘57,’58), Vladimir Glyvka and Blaz Pavlic.

The Historical Society would like to thank contributors to the book “Harris Hill Ski Jump — The First Hundred Years” for information in this article. We would also congratulate them for winning an international award. The International Ski History Association’s (ISHA) Skade Award.