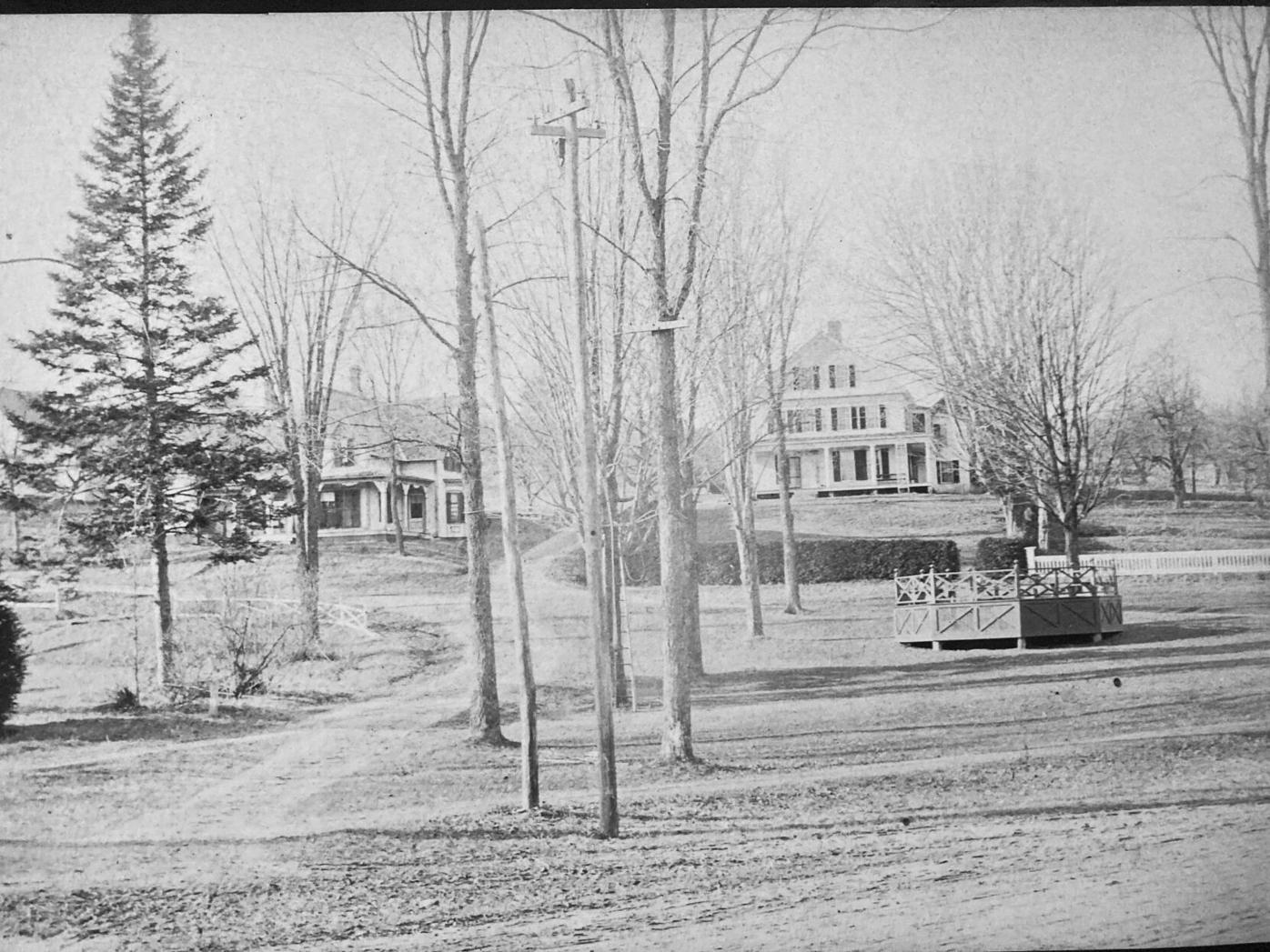 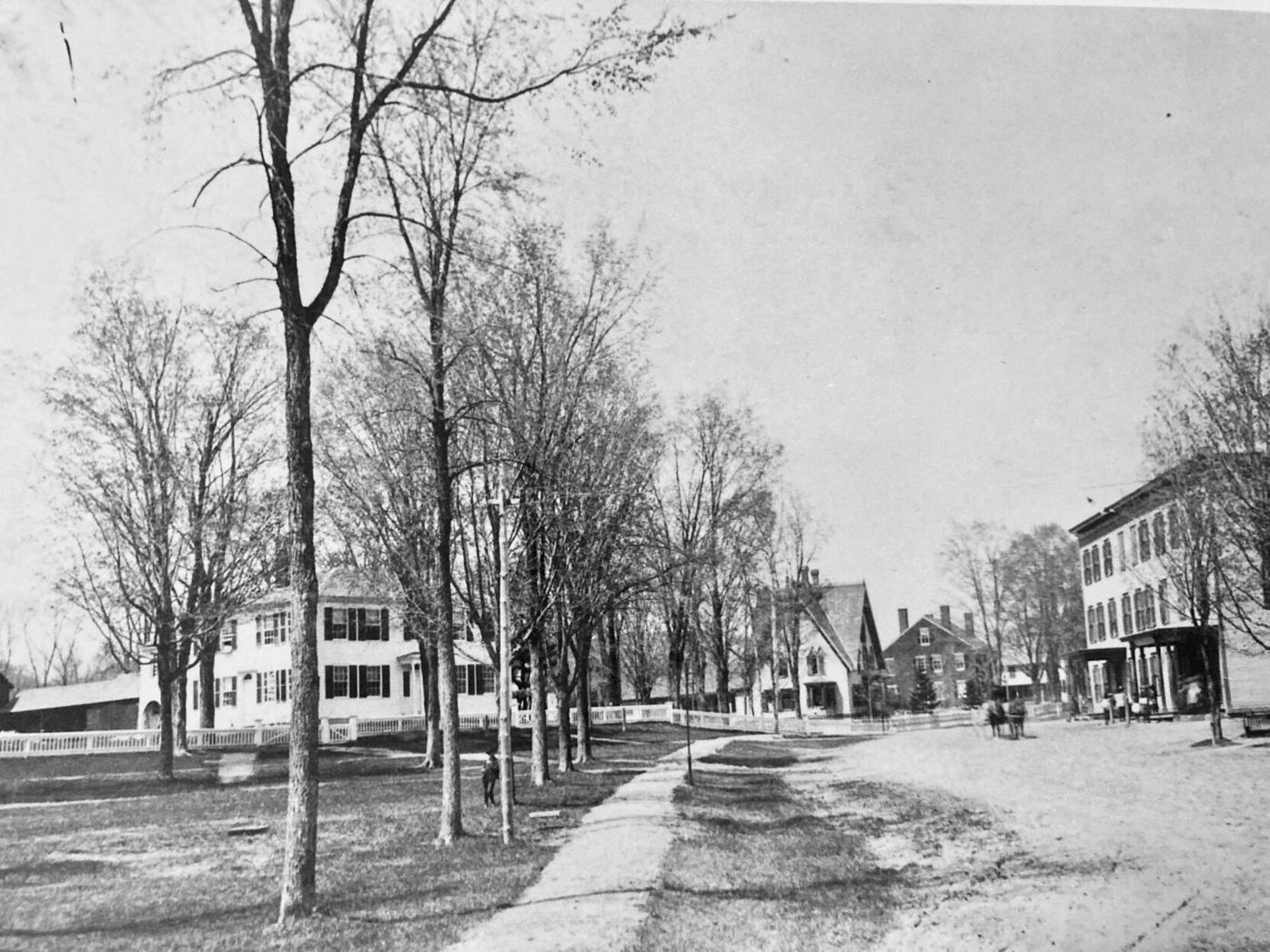 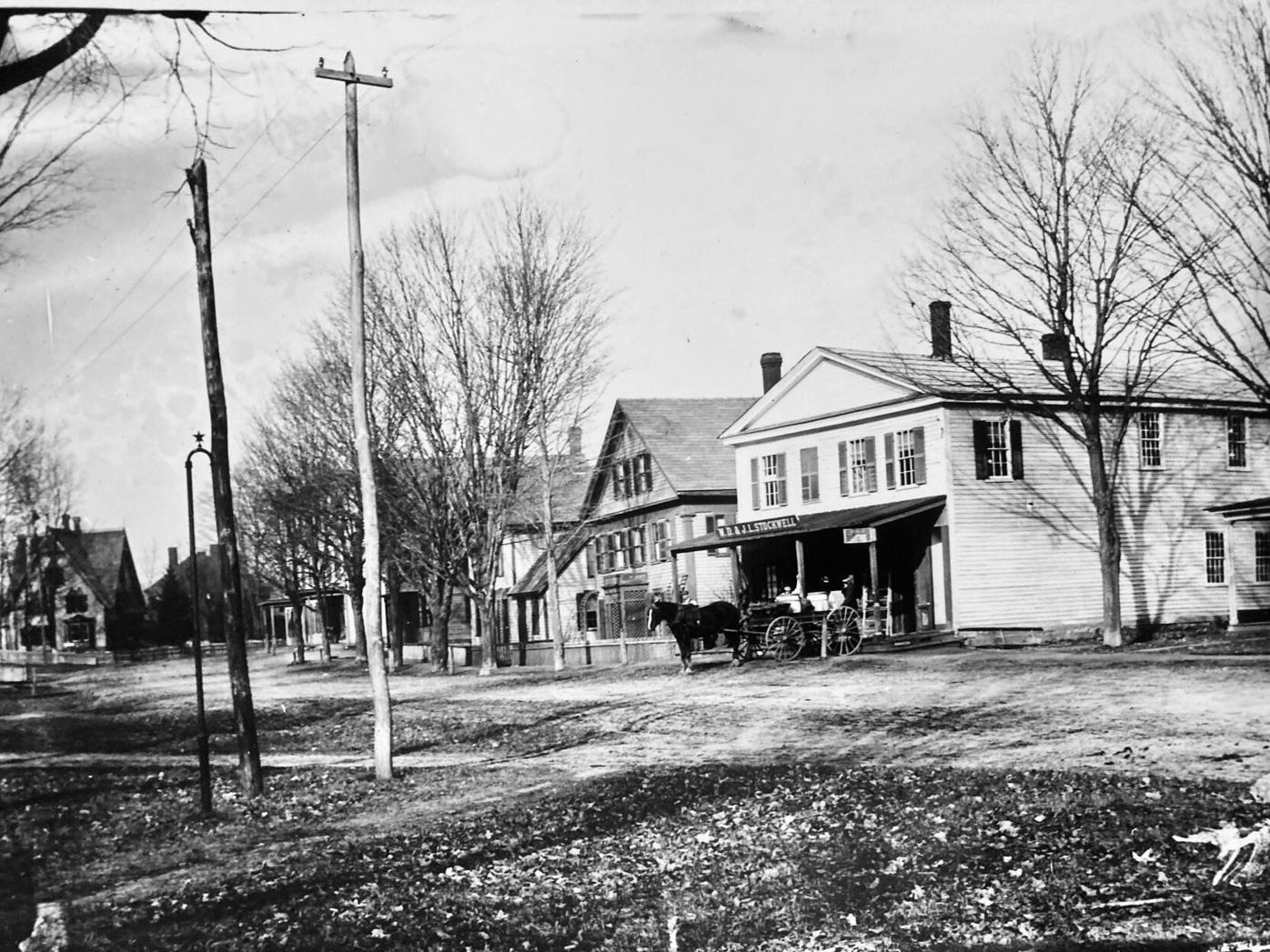 Stockwell's Store, across the street from the West Brattleboro Village Common. The general store existed at that site from 1796 to 1893 and had been owned by many merchants over that time. A new store was built in 1893. 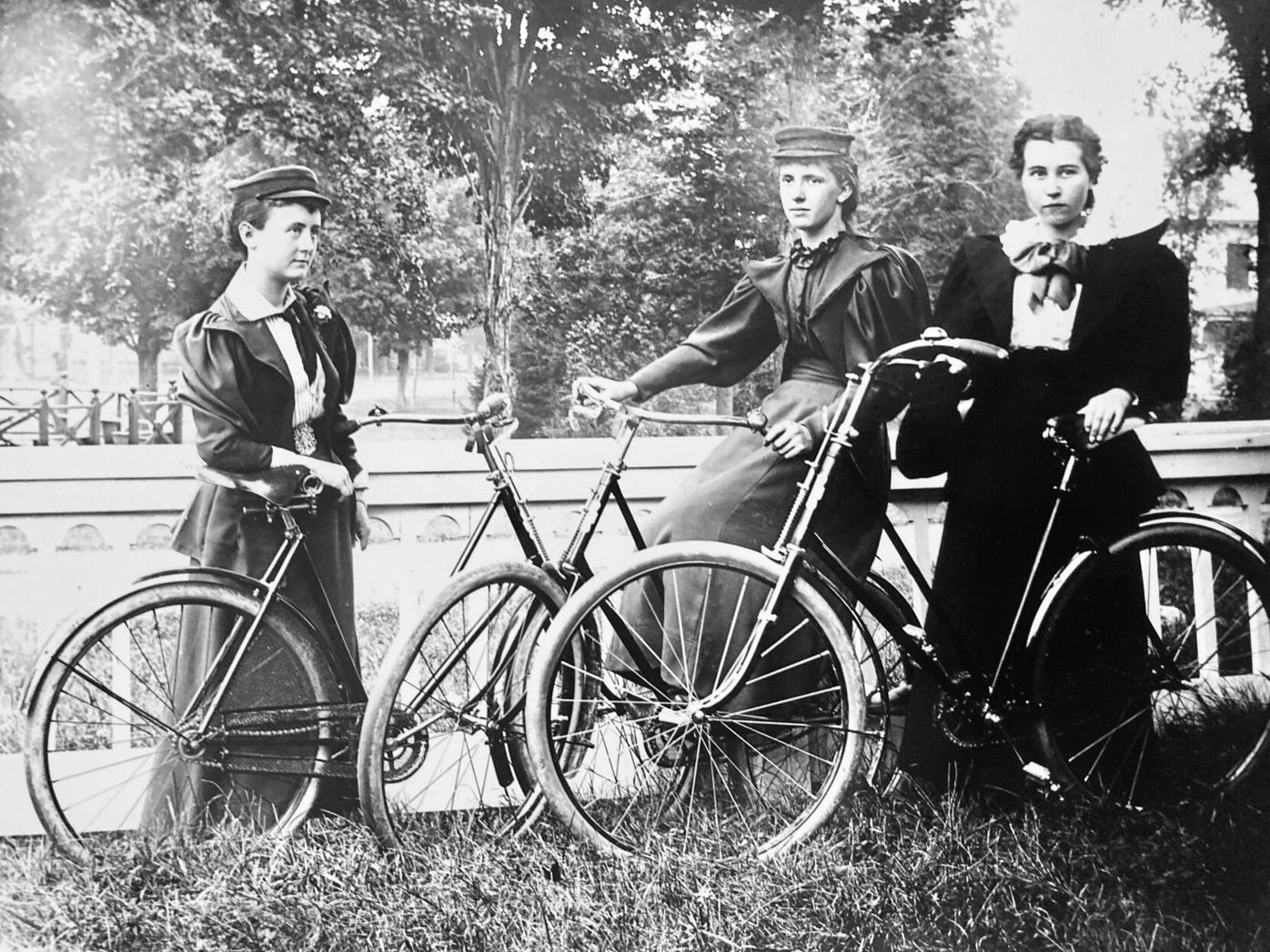 Three young women with their bikes at the southwest end of the West Brattleboro Village Common.

Stockwell's Store, across the street from the West Brattleboro Village Common. The general store existed at that site from 1796 to 1893 and had been owned by many merchants over that time. A new store was built in 1893.

Three young women with their bikes at the southwest end of the West Brattleboro Village Common.

In March 1781, a town meeting was held at the meeting house and Brattleboro citizens voted to join the newly formed Vermont Republic. Vermont had written a constitution and declared its independence in 1777 but Brattleboro was one of the southeastern towns that initially remained loyal to New York.

The 1780s were a turbulent time for Brattleboro. Loyalties to New York were in conflict with loyalties to Vermont. In 1781, a civil war was feared and the Vermont militia was sent to town “to suppress insurrections and disturbances then subsisting” in the area. Substantial landowners had purchased their land from New York developers and wanted to remain loyal to the New York government. They did not want to be ruled by an independent government that might not recognize their land claims or may force them to pay higher taxes.

In 1782 Ethan Allen arrived with 250 troops to quell an insurrection in Brattleboro and Guilford. Powerful landowners were refusing to acknowledge or comply with Vermont law. Men were arrested, property was confiscated and the dispute fizzled.

In 1784 the stress between political factions was boiling over again. Another call was made to bring Vermont troops to the area and another 250 militia men arrived to force New York loyalists to comply with Vermont laws regarding land ownership and taxes. Subsequently, two men were shot during the conflict, Sylvannus Fisk and Daniel Spicer. Both men died from their wounds. While the two deaths recorded during the Westminster Massacre in 1775 have been well-reported in history books, the two deaths which resulted from armed conflict between the Vermont militia and local New York loyalists in 1784 have been rarely mentioned.

In 1785 a road was built along the Whetstone Brook and a larger, more accessible meeting house was constructed just in front of the present day Stockwell Building in West Brattleboro.

In 1786 Benjamin Wheaton bought land right across the road from the Brattleboro Meeting House. This was the central location of Brattleboro at the time and, if you wanted to start a business, the land was prime real estate. Benjamin Wheaton was a skilled woodworker and he opened a woodworking/furniture shop and built a small house across the road from the meeting house in 1786, five years before Vermont joined the United States.

Benjamin Wheaton was the first African American in Brattleboro to be recorded as a landowner in town. There were other African Americans in Brattleboro but they lived in households with “white” families. It is unclear as to their status. They could have been farmhands, domestic servants or enslaved. Vermont’s constitution banned slavery for those over the age of 21 (if male) and 18 (if female). However, there is evidence that the institution of slavery was practiced in Vermont well into the early 1800s.

The 1790 census shows that there were 14 African Americans living in Brattleboro. There were 10 living with Henry Cole and one each living in the households of David Bigelow, Peter Castle, Samuel Warner and Eli Sargeant. In 1800 the census listed an African American living with each of the following heads of households: Calvin Bannister, Samuel Bailey, Levi Goodenough and John Holbrook.

In 1791, the year Vermont joined the United States, Benjamin Wheaton took the Freeman’s Oath so he could vote in Vermont elections. He owned many books and bought a share in the privately owned first Brattleboro Library.

In 1803 Wheaton bought a pew in the meeting house across the road from his property. At the time, religious services and town business were both conducted in the meeting house and it was the custom for the more well-to-do residents to purchase a bench in the meeting house to help support the construction and upkeep of the building. Purchasing a pew also guaranteed that you would have a seat for yourself when meetings took place.

In early 1806 Wheaton purchased more land located next to his home and business. For 20 years he was a landowner and participant in the business and politics of Brattleboro.

Unfortunately, in 1806 Mr. Wheaton died. Historians believe it was from smallpox. Benjamin Wheaton had no heirs and his property was turned over to the Town of Brattleboro. A notation on the land deed reads: “to be used by the town of Brattleboro forever as a road, common, or green and for no other purpose.”

The part of the West Brattleboro Common across the street from the old Stockwell’s store is the land that was owned by Brattleboro’s first African American landowner, Benjamin Wheaton.

In 1849 the railroad came to Brattleboro and the town voted in the mid-1850s to move the meeting house to the East Village, along the Connecticut River on Main Street. While the town’s business center moved to Main Street, the West Brattleboro Common continues today.