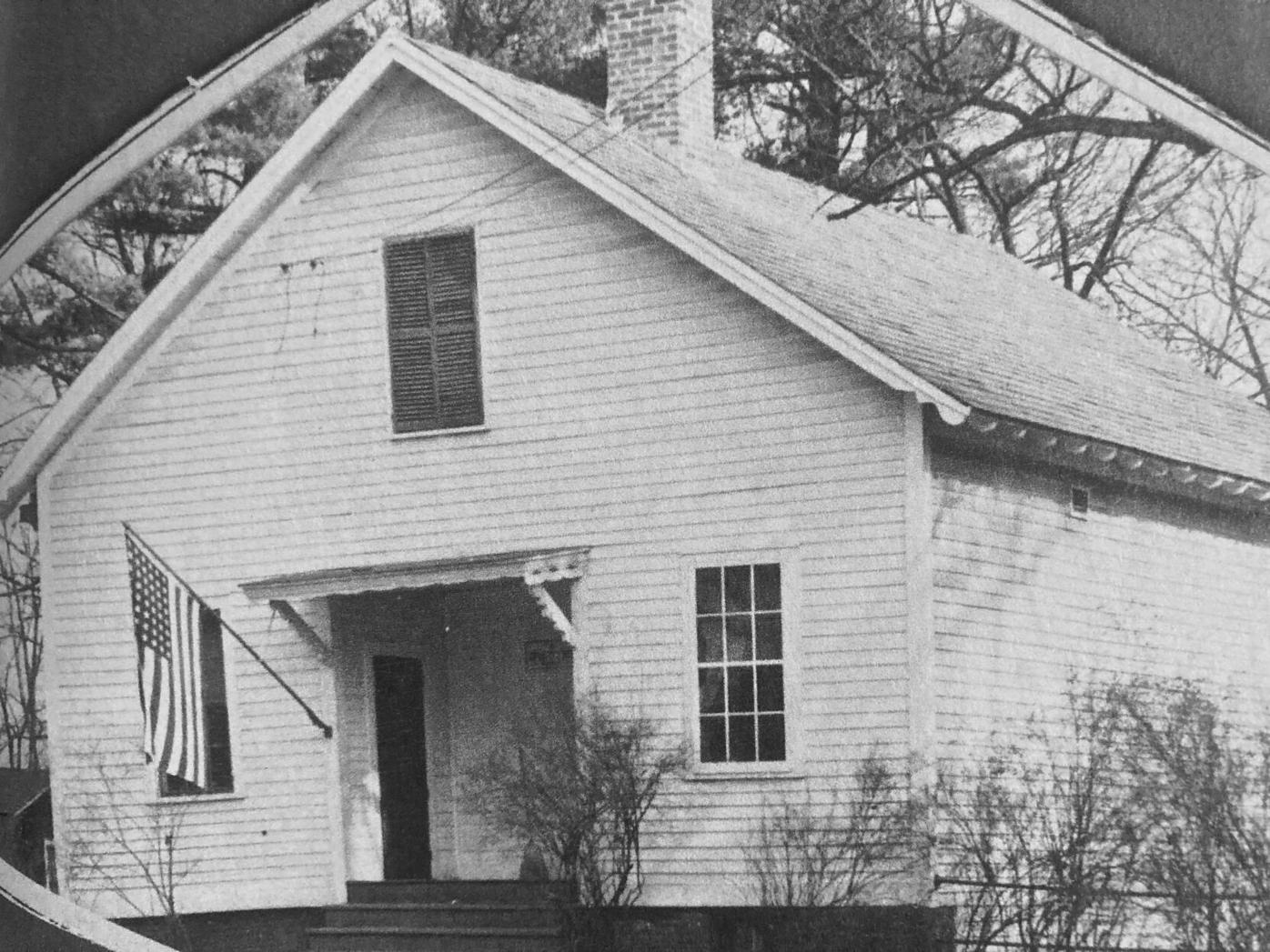 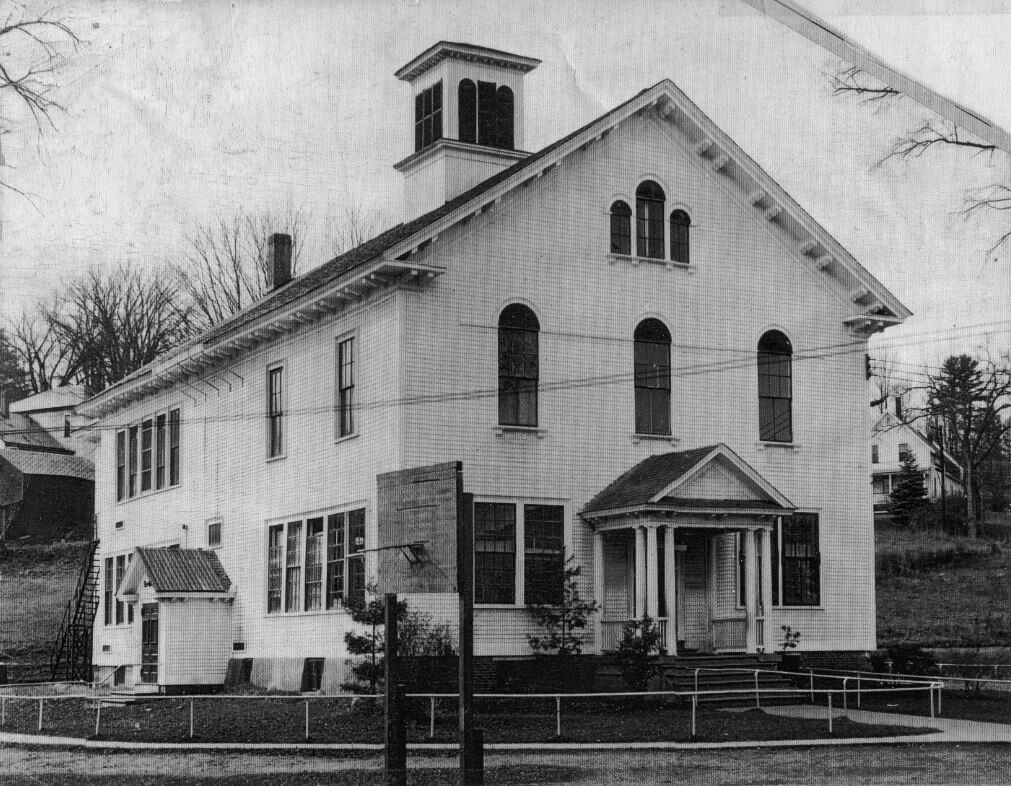 A 1953 photo of the old Academy School, which was dismantled and burned in December 1957 as a new Academy School was already in operation. 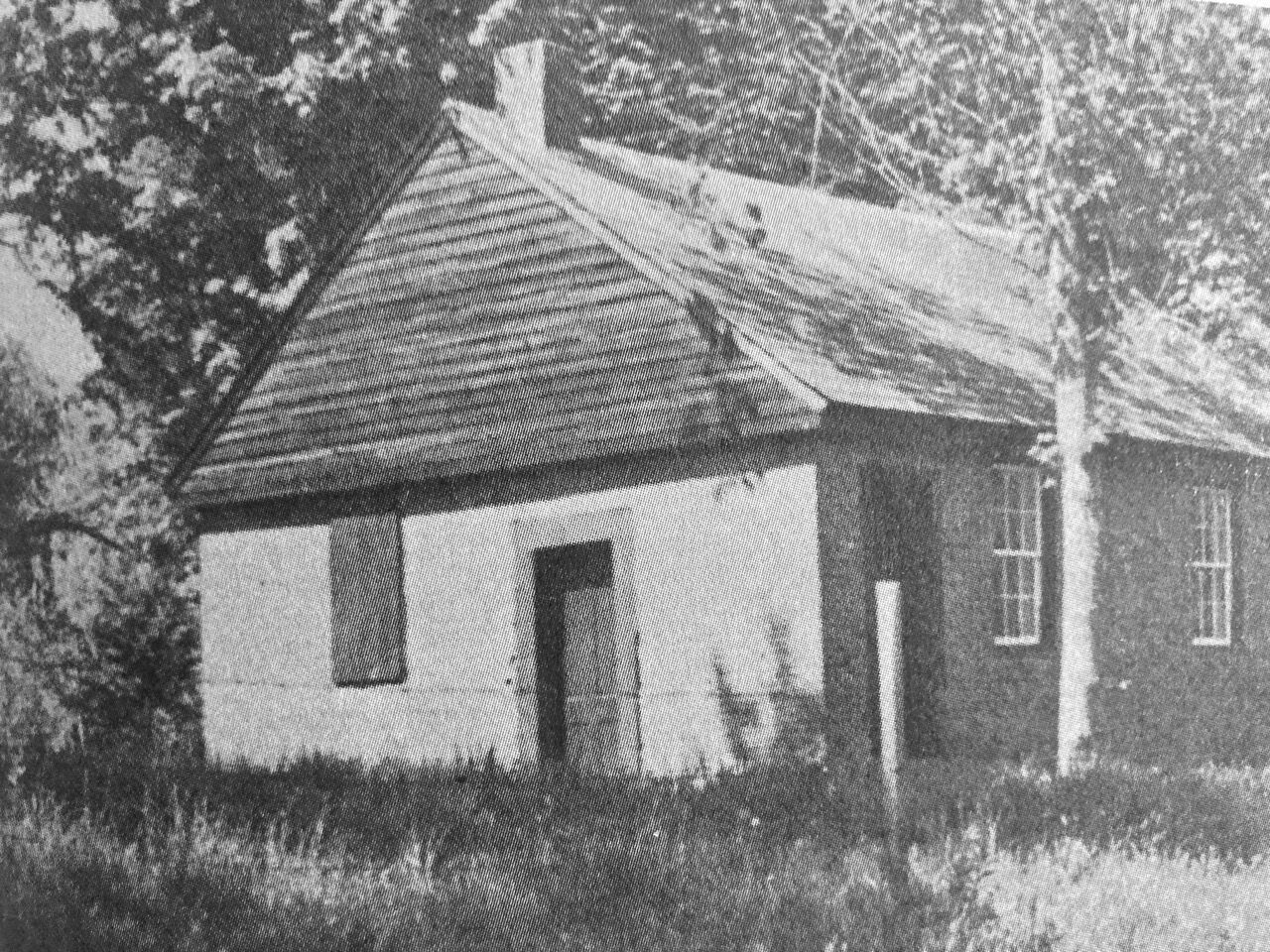 This was one of seven one-room schoolhouses to close in Guilford after the opening of the Guilford Central School in 1957.

A 1953 photo of the old Academy School, which was dismantled and burned in December 1957 as a new Academy School was already in operation.

This was one of seven one-room schoolhouses to close in Guilford after the opening of the Guilford Central School in 1957.

BRATTLEBORO — Before the holidays we posted a request on the Brattleboro Historical Society Facebook page for Baby Boomers to share their experiences of growing up in the local area. Present students from the remote team at Brattleboro Area Middle School created a list of questions and over 40 baby boomers responded with approximately 100 pages of information.

The students then studied the responses and wrote essays comparing their lives with the lives of people who grew up in our area in the 1950s and 1960s. This week we will share memories of the schools that no longer exist.

The 1950s was a decade of consolidation and growth. Southeastern Vermont was in the middle of a school building frenzy. The post war baby boom hit Windham County hard and new elementary schools were built in Guilford, Putney, and Brattleboro. The new regional high school was opened in 1951 and housed over 750 students in grades 7-12. The new, larger schools in Guilford and Putney meant one- and two-room schools were closed. What follows are stories from three Baby Boomers who attended schools that no longer exist.

“Esteyville had one classroom and one teacher for both first and second grade. There were two rows of desks for each grade, so probably 12-15 students per grade. The teacher would give one grade an assignment to work on while actively teaching to the other grade. I remember while in second grade being asked by the teacher to help some of the first grade students with their work.

Esteyville was a “branch” of Green Street School, so we did not have our own principal, nurse, etc. The gym teacher came once a week to work with us. There was a small playground in the back of the school, but we often would go across the street to the Esteyville Common (which is still there) for gym and for special occasions.

Since it was a neighborhood school, we all went home for lunch. We did have a milk break in the morning and I remember on Fridays it was chocolate milk! (in glass bottles).

Even though I believe we all appreciated the unique experience of the neighborhood school, especially in our first school years, it was exciting to know that we would be going to the “big” school — Green Street — for third grade.

In 1964 I started to attend Green Street School. This was a big change coming from a one-room schoolhouse to a school with a cafeteria/gym, a stage, and a library. There were three classrooms of each grade — and not everyone was from your neighborhood! So now instead of about 12 students in my grade there were about 75 (25 per classroom).”

“In 1951 Guilford had eight one-room schools with 105 students. I started first grade in September 1951 and went to Number 2 School. There were two first-graders, one second-grader, two third-graders, three fifth-graders, one sixth-grader, and two eighth graders, all taught by one teacher. I was in this school for my first four years. In fifth grade I was moved to another one-room school called Wellman.

One-room schools had no running water and were heated by a wood stove or stove that could burn wood/coal. The bathrooms were outhouses, one for girls and one for boys. Older students, (third grade and up) were assigned to get water either from a spring or neighborhood home. In the winter if it was extremely cold it could take a few hours for the school to heat up to the point where one could be comfortable enough to remove a jacket.

Each school had an assigned janitor and many times it was an upper class student who lived close by. Their responsibility was to get the stove lit and wood brought in to get the school warm for class. These janitors would receive a stipend at the end of the school year. The town report that ended January 31, 1952 showed that six students and two teachers earned $14 for being janitors.

If students lived close to the school they were expected to walk and students that lived outside of the districts were transported in nine passenger station wagons. When the central school was opened one of the bus drivers purchased a couple of regular school buses to transport students to the new school. Only the few students closest to the new school had to walk.

In 1957 the town built Guilford Central School and it was the first year that all the Guilford grade school children went to the same school.”

“I attended the old Academy School from kindergarten through sixth grade, and I was part of the last class to finish in the old school. I think we usually had between 25 and 30 students in our class, with one teacher and no aides. Many of our families also attended the First Congregational Church next door, and that connection helped to cement some long-term friendships that remain in place today.

My favorite teachers were Mrs. Cheney in first grade, and Mrs. Geehr in fifth grade. Mrs. Cheney was very nice, and I remember that every month she would put a new monthly calendar on the blackboard, and there would always be a picture of something appropriate for the month as part of it, and it was all done in colored chalk. We never saw her do the new month, so it was always a mystery about how she did it and a surprise to see what was new.

We had three reading groups, according to ability, I suppose — Bluebirds, Redbirds and Yellowbirds, grouped from best to the most challenged. I enjoyed being part of the Bluebirds, but always felt bad for the Yellowbirds, since grouping them like that made their challenges all the more obvious.

Mrs. Geehr was a widow lady who lived a short distance from the school, in a house with a very steep pitched roof. The house is still there, on the corner of Western Avenue and Bonnyvale Road. I’m not sure why she makes my “favorite” list — maybe it’s because by fifth grade we were all a little more mature and she could reason with us a little more, and she treated us a little more like adults.

There was a school lunch program, and the lunch room was in the school basement, along with a small library section, the kindergarten classroom, and another room that was commandeered when mass inoculations for polio were given. I did not participate in the lunch program, because I lived close enough to the school to go home for lunch! Every day I would head home to have lunch with my Dad, who worked for himself and had a flexible enough schedule to have something ready for me when I got there. Most times, I think, it was a peanut butter and jelly sandwich and a glass of milk. The lunch break was almost an hour, so after the kids at school had finished their lunches they could go outside and play, until time to go back to the classroom. I would usually get back in time to spend some time on the playground, then back to school.

We also had a school milk program, and from what I remember, every day each class would get a small crate of milk bottles — probably no more than 8 ounces, and either chocolate or plain — and someone in the class would have the job of carrying the crate around the class to distribute, then again to collect the bottles.

During recess we had swings, a jungle gym, teeter-totters, a place to play kickball or just run around, and sometimes held races on the sidewalk that ran from the street to the front door. There were also some other pieces of playground equipment that were dangerous, if misused (and they often were). Both involved going around in circles, and of course, the faster you went, the more fun it was, and the more dangerous they were. One was a merry-go-round that you would ride on (and get thrown off at top speed), and the other was similar, but the center pole had a round top section, and attached to that were four things to hang onto, with 6-inch long handles, parallel to the ground, at the end of chains, and everything was metal. Everyone would start off running around, hanging onto the handles. Eventually you would have to just grab onto the handle, lift your feet off the ground, and go for a ride. This worked pretty well as long as you could hold on, but if you let go, your handle was now swinging free, ready to catch someone in the head.

These items were moved to the new school playground when it opened, and remained there for several years, until the “safety police” realized what hazards they were and removed them.

I don’t remember much about any formal or organized “physical education” or “gym” classes. The upstairs front room of the building was the “auditorium,” with a stage on the side toward the church. We must have had some beginning dance instruction there (square dancing, maybe?) because in fourth, fifth and sixth grade, once a month on a Friday night there would be a dance in that room, with Mrs. McGangler calling the dances, and there were two other people with her, playing piano and drum, I think. Someone might have played violin, too. There would be waltzes (“one-two-three, one-two-three, one-two-three”), some polkas, and several square dances (“do-si-do your partner, allemande left, allemande right, swing your partner, swing that opposite lady, etc.”). And I think the evening always ended with a “Grand March.”