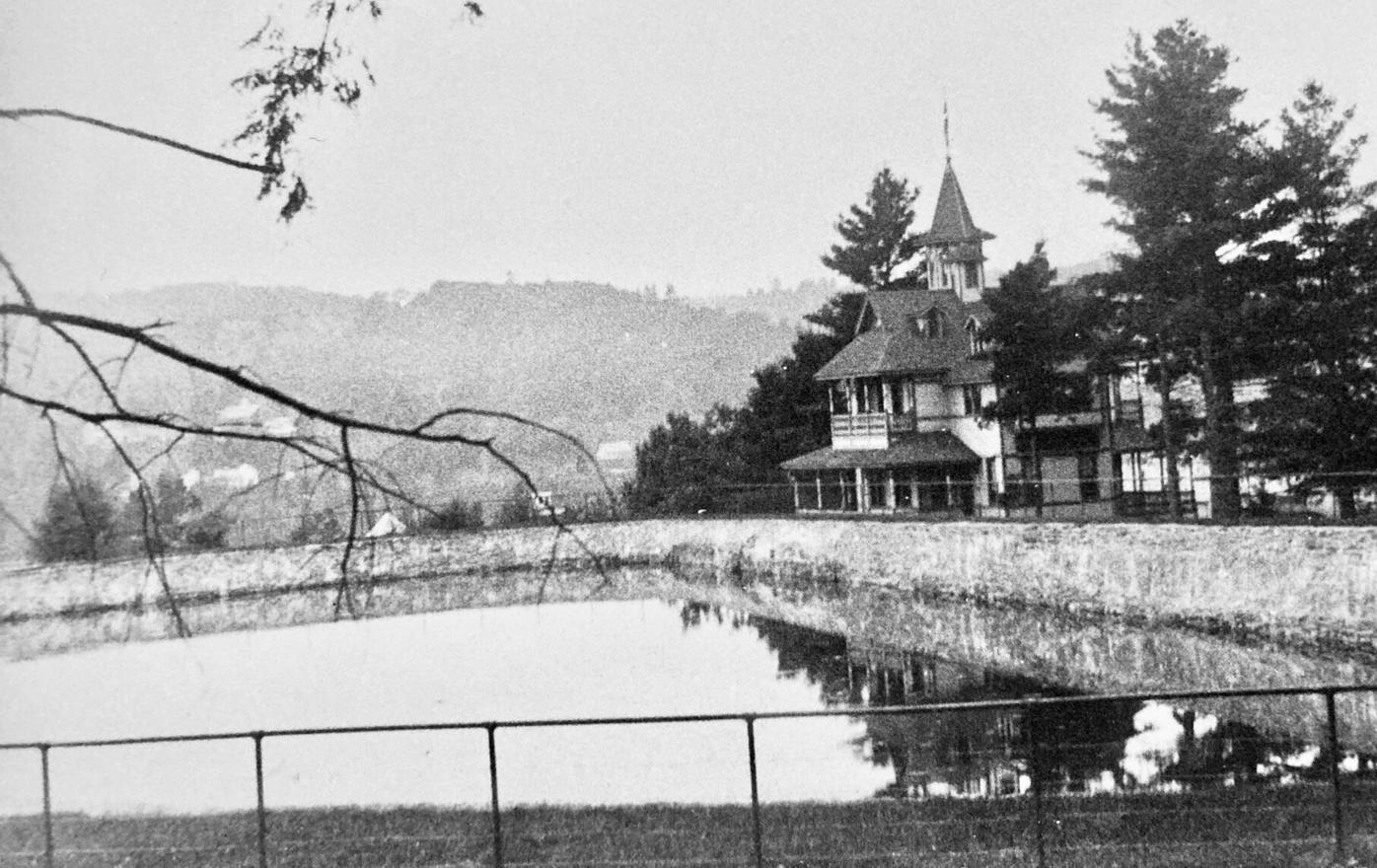 The three-story “cottage” and reservoir at Highland Park in Brattleboro. 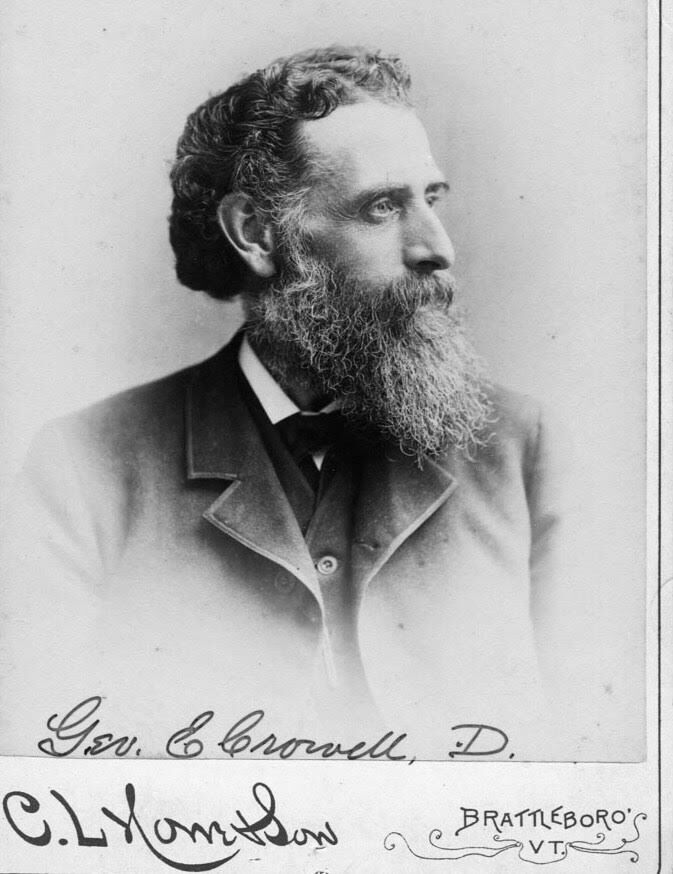 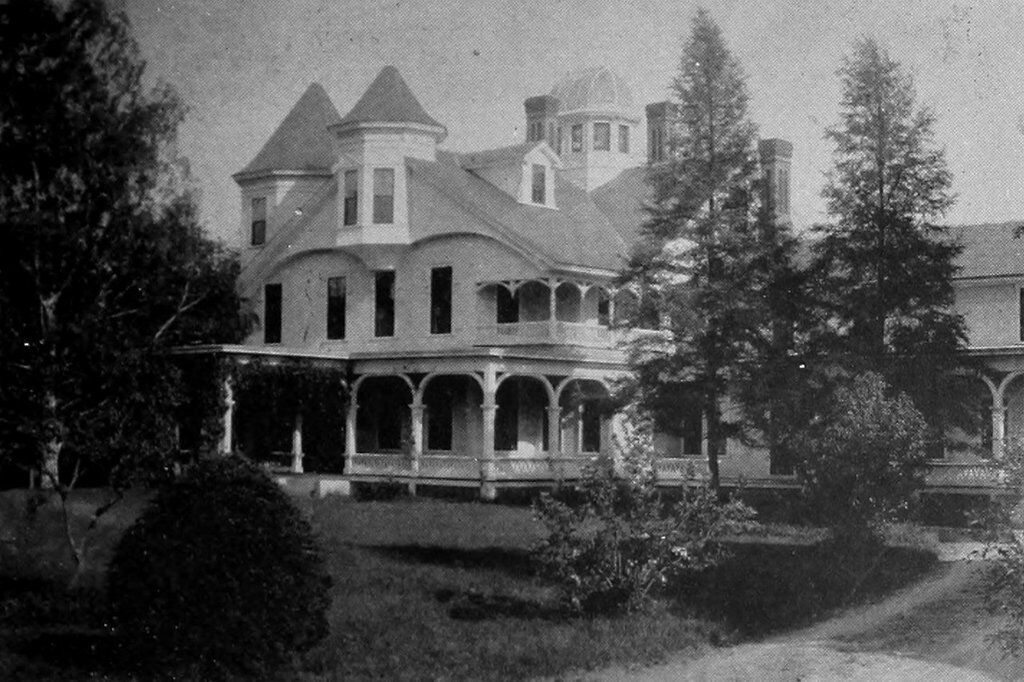 The Lindenhurst mansion in 1894

The three-story “cottage” and reservoir at Highland Park in Brattleboro.

The Lindenhurst mansion in 1894

In 1882 George Crowell, owner of the publication titled the “Household,” bought 30 acres of land from the Hines family. This property included the Hines Aqueduct Association and an unfinished reservoir, with springs located on what was then known as Hines Hill. The aqueduct and reservoir were begun by Isaac Hines but had not been developed since Hines’ death in 1876. This aqueduct association was the very beginning of what is now the Brattleboro Water Department.

When Crowell purchased the 30 acres of land from the Hines family he had initially thought to develop the reservoir and form building lots on the property. The aqueduct water system supplied houses in Forest Square (Cedar, Spruce, and Myrtle streets). Crowell renamed the property Chestnut Hill and decided to create a park for the public instead of producing building lots for housing development. Crowell’s publication, the “Household,” helped finance his development of the reservoir, aqueduct and “Highland Park.”

When the Chestnut Hill reservoir began operation in 1884, the system was expanded to include the large area east of Spruce Street, north of Elliot Street, and south of Bradley Avenue. Included in this expansion were Brattleboro’s first fire hydrants on Main Street. Crowell also invested in other local businesses and properties like the Jelly Mill and Carpenter Organ Co. He also operated a real estate agency that developed land immediately west of the Main Street area.

In 1884 “Highland Park” was presented to the town as a place where people could come and enjoy the beauty of the outdoors. A carriage road was developed from Western Avenue. The road was originally called Highland Avenue but has since taken on the name Chestnut Hill. The road traveled around the reservoir and was about a mile in length.

The grounds were well landscaped and maintained by Crowell’s employees. In addition to the care of the grounds, Crowell built a log cabin north of the reservoir. The cabin was designed to provide a play area for children. A “crow’s nest” pavilion for birdwatchers to shelter while admiring nature was also established on the property. Multiple bridges spanned ravines and a bandstand for public performances was constructed on a rise in the northeast section of the park. A band performed twice a week during the summer months. Finally, a three story “cottage” was constructed west of the reservoir and south of Frog Pond. George Crowell invited the public to visit Highland Park and use it as a free local resource.

Clay croquet grounds were located near the bandstand. Visitors from New Hampshire and Massachusetts came to play on the courts. Swings were hung from trees near the cottage. During the summer the cottage was used by “Fresh Air” visitors and religious organizations who brought orphans, working women, and disabled from NYC to escape the oppressive summer heat of the city.

Dr. Joseph Draper, superintendent of the Brattleboro Retreat, saw the value of “Highland Park.” Making the beauty of the countryside available to the public was a natural cure for the increasingly mechanized society of the late 1800s. The Retreat began to develop walking trails and an open, level area for patients on the adjoining property north of the park. Access to the beautiful views and bucolic setting was thought to be therapeutic. It was during this time that the Retreat Tower was built.

In 1891 Crowell sold the “Household” and a main source of his income was gone. The “Household” was one of the largest circulating magazines of its type, focusing on women’s issues and home life. Crowell found he could no longer afford to maintain “Highland Park” by himself and he offered the property to the town. A town committee was formed to consider the offer. The committee determined that the park would be too expensive to maintain and the town voted not to accept the property. The park gradually fell into decline. In 1910 George Crowell’s son began to sell the land off as building lots. George Crowell’s original plan, from 30 years prior, to complete the reservoir and sell off the property was carried out by Crowell’s son.

In the late 1880s George Crowell purchased a 20-year-old mansion on the opposite side of Western Avenue from the “Highland Park” carriage road. For two years workman remodeled and expanded the home. The Crowells named the home Lindenhurst. The mansion had been built for Simon Buckner of Kentucky in 1859. Buckner had been a frequent guest of the Wesselhoeft Water Cure and decided to build a family summer home in Brattleboro. Buckner grew up in a wealthy Kentucky family that owned 15 enslaved African Americans.

In 1859, John Brown, an abolitionist from upstate New York, led an assault on an armory in Virginia. His goal was to gain weapons in order to supply a slave insurrection. Brown was caught and the Governor of Virginia had Brown tried for murder, inciting a slave rebellion, and treason against the Commonwealth. Brown was found guilty and executed in December of 1859. According to the Vermont Phoenix, the only public Brattleboro protest against the execution of John Brown was carried out by the workmen building Buckner’s mansion.

At the construction site of what is now the Crowell Lot, workers built a gallows and hung an effigy of Henry Wise, the Virginia Governor. The manager of the project ordered the men to take the effigy down but, according to the local paper, “the workmen got their backs up” and burned the effigy in protest instead.

For two years Buckner and his family summered in Brattleboro, but in 1861 the Civil War began and Buckner became a brigadier general in the Confederate Army. It seems Buckner transferred ownership of the property to a cousin-in-law, James Eustis of New Orleans, in order to avoid confiscation by the Union government. Buckner had large property holdings in Chicago and transferred those to his brother-in-law. There is no evidence that Buckner returned to Brattleboro after the war.

Ironically, George Crowell served in the Civil War for New Hampshire’s 16th Regiment and fought for the Union in Louisiana. Buckner, the original owner of the mansion, served as a general for the Confederate Army and, in June of 1865, was the last general to surrender to the Union. Buckner and his troops were in New Orleans, Louisiana at the time of their surrender.

Professor Elie Charlier was another summer visitor of the Water Cure. Charlier was the founder of a prestigious, private boy’s school in NYC. After the Civil War he bought the Buckner mansion and owned it until George Crowell bought the home for his family and began remodeling in 1888. The Crowell home was completed in 1890. George Crowell lived at Lindenhurst until his death in 1916.

In 1936, Lindenhurst, the 37-room mansion with three barns, was dismantled. Vermont Savings Bank had foreclosed on the property in 1934 because the descendants of George Crowell had failed to keep up mortgage payments. Over $2,500 was also owed to the town in back taxes.

The bank decided to dismantle the home during the Great Depression because it could not find a buyer for the extravagant property and wanted to salvage as much from the buildings as possible to help offset the town tax bill.