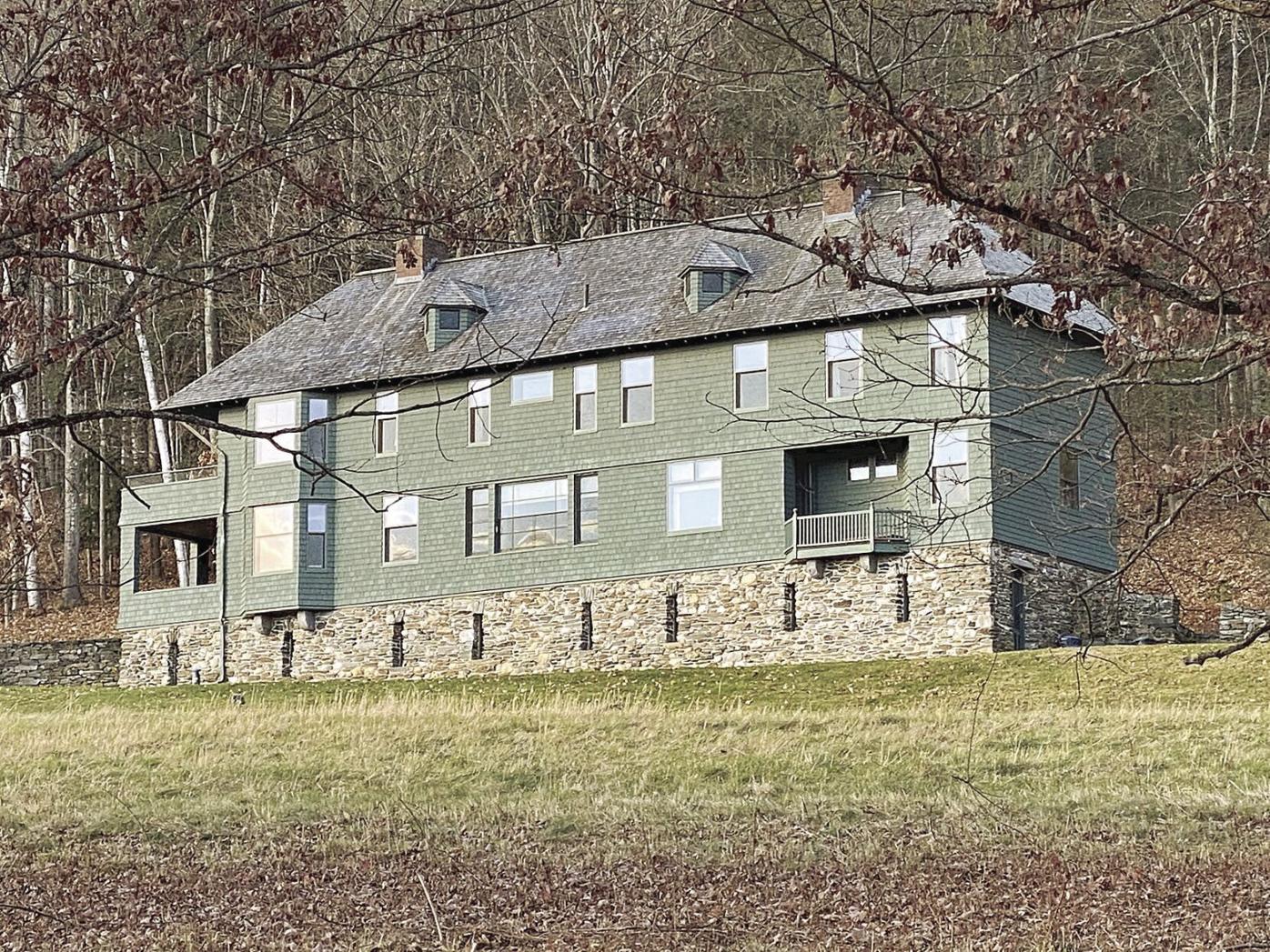 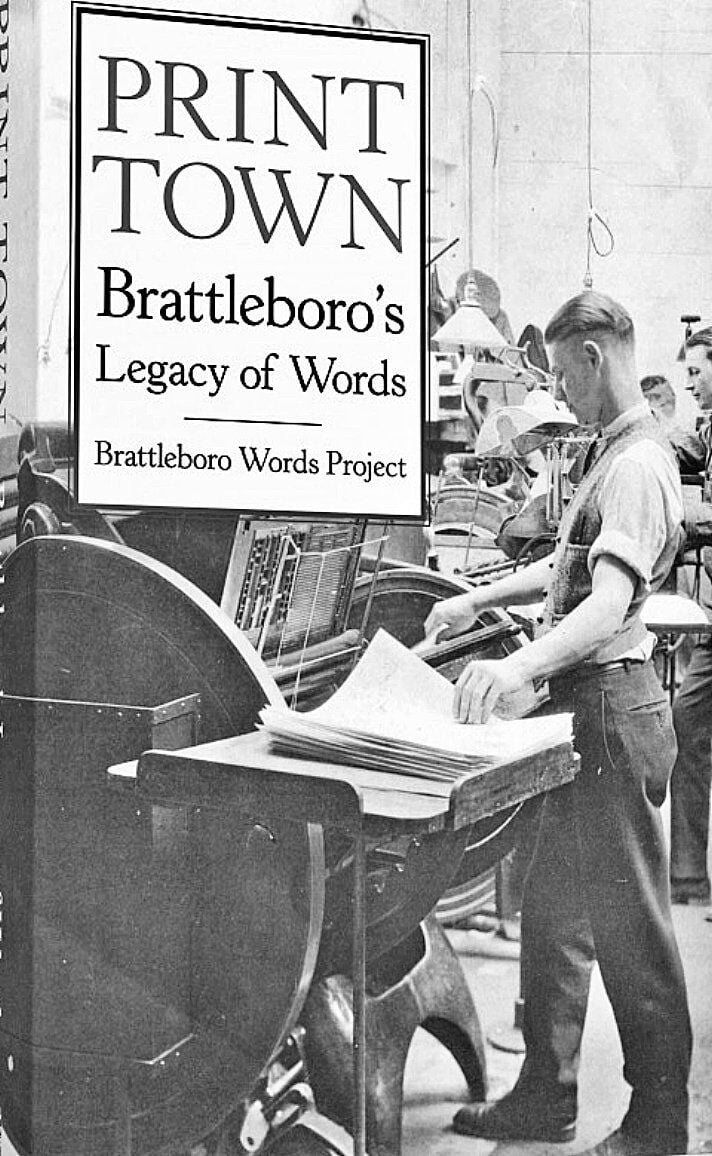 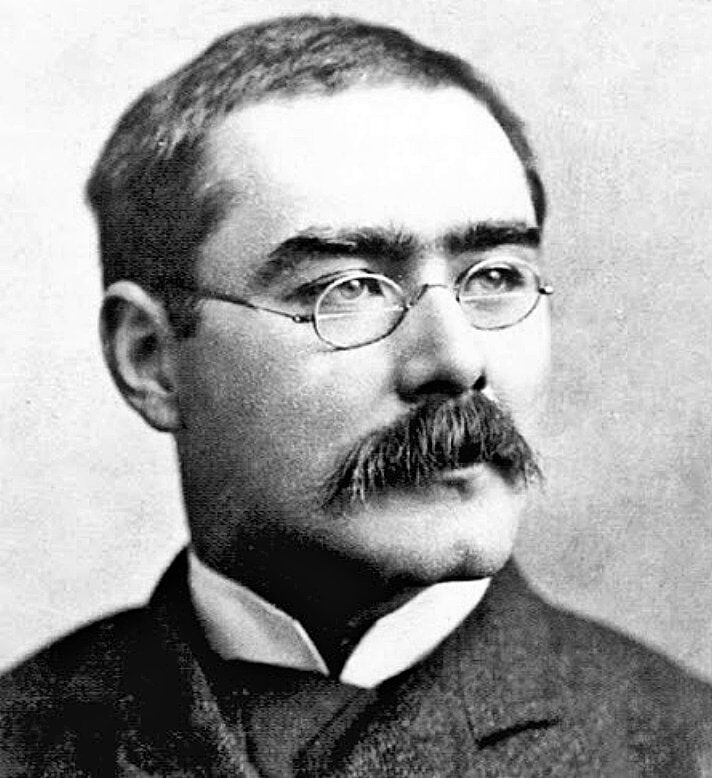 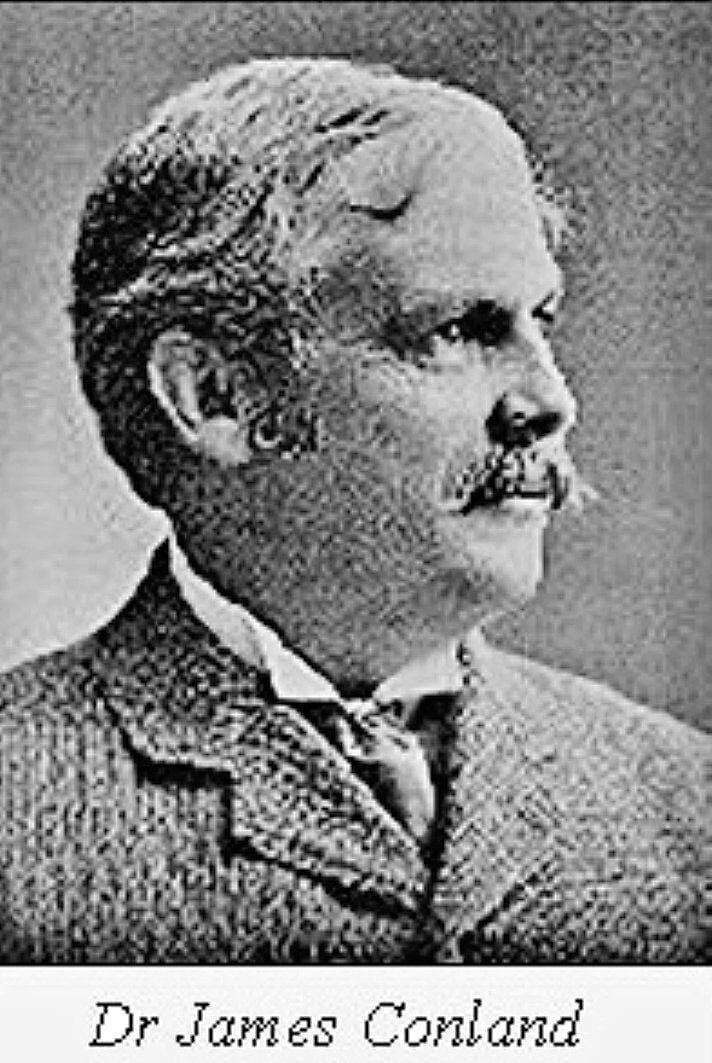 For the past three years the Brattleboro Words Project has been a collaboration between the Brattleboro Literary Festival, Write Action, Marlboro College, Brooks Memorial Library and the Brattleboro Historical Society. With the leadership of Lissa Weinmann, Jen Austin and Mary Ide, these organizations rallied around the goal of promoting the history of written words, printing and publishing in our region.

One of the organization’s projects is quickly coming to fruition. The book, “Print Town: Brattleboro’s Legacy of Words” will be released December 9. The collection of stories covers almost 300 years of local history. It plays like those “greatest hits” double albums did years ago. Many of the stories will ring familiar to local history buffs but there are some “rarities” in the mix that make the collection robust and satisfying. The breadth, diversity and editing of the project brings the theme of “written words” home in an appealing and enlightening format.

There are stories of the Abenaki using the written word in their struggle with the colonists ... Lucy Terry Prince telling stories to keep her culture alive during a time of overt oppression ... Benjamin Smead printing and publishing the first newspaper in Brattleboro ... Holbrook and Fessenden turning Brattleboro into a printing and publishing powerhouse ... Mary Palmer Tyler writing one of the earliest child care books in America.

Clarina Nichols is featured, a pragmatic feminist fighting for justice and one of the first female newspaper editors in the United States... Mary Wilkins Freeman growing up in Brattleboro, establishing herself as a writer, and becoming as well-known as Mark Twain.

Then there’s George Crowell, who created one of the first recurring publications marketed to women. He churned his profits into developing Brattleboro’s water supply infrastructure. T.P. James, a whimsical spiritualist channeling the musings of Charles Dickens’ ghost... Rudyard Kipling, who lived here during “The Jungle Book” years and gained an appreciation of New England through his close friendship with local doctor James Conland.

The book also focuses on the printing and publishing businesses. The Brattleboro Reformer, Town Crier, Vermont Printing Company, E.L. Hildreth, the Book Press, Stephen Daye Press and the Stephen Greene Press are all discussed. The technological innovations which brought about change are also highlighted in this extensive volume.

One of the topics in Print Town is Rudyard Kipling’s short time in Brattleboro and Dummerston. While he was in our area he wrote “The Jungle Book” and other stories. In 1896, McClure’s Magazine began the serialized version of Rudyard Kipling’s yarn called “Captains Courageous.” During the next year the story would be published as a novel and add to Rudyard Kipling’s fame as an author.

It is about a 15-year-old boy who works as a sailor out of the Gloucester, Massachusetts port. You may wonder how Rudyard Kipling, an aristocrat from England and India, could write a realistic novel about the seafaring community of New England.

It turns out a Brattleboro man, Doctor James Conland, was the inspiration for the main character of the novel. The doctor was the family physician of the Kiplings when they lived here and became a close friend of the family during the four years they lived in the Brattleboro area.

Conland was the son of Irish immigrants. He was born in Brooklyn, New York in 1851. Unfortunately, his mother died while he was quite young, his family disintegrated and by the age of seven he was working for a Cape Cod family in Chatham, Massachusetts. James’ chores included farming and working in a grocery store. When he was 12 the Civil War was going on and he took a job cleaning the Boston Naval Offices and working as a messenger. One of his tasks was to run messages back and forth between the docks and the offices.

When the war ended and Conland was 15, young James went to work at sea. He worked on fishing boats and cargo ships out of the Gloucester harbor. He sailed during the warmer months and saved his money so he could attend school during the winter. Sometimes he was a deckhand, other times he was a cook, he did whatever he could to make a living and save money for his education.

By the time James was 24 he had left the sea and was working in a chair factory in Gardner, Massachusetts. From there he was hired by Brattleboro’s Doctor Holton and worked in the doctor’s office and the Willards Drug Store in the Brooks House.

In 1875 he began his medical studies at UVM in Burlington and received his degree in 1878. He moved back to Brattleboro and began his medical practice, setting up his office in the Crosby Block and living on Walnut Street.

Dr. Conland met Kipling in Brattleboro and the two became great friends. Dr. Conland would tell stories to Kipling about his young life at sea, of serving as cook, witnessing battles on the Caribbean islands, and struggling to survive storms and disease. Dr. Conland helped deliver Kipling’s oldest child during a snowstorm and the two men became the best of friends.

The two even made trips to places like Gloucester and the Boston waterfront to “study the salty flavor of the busy port.” These trips found their way into Kipling’s novel “Captains Courageous.” James Conland appears in the book as two characters, the 15-year-old main character Harvey, and as the adult Captain Troop. The Gloucester ship that Conland sailed in as a boy — the Lucy Holmes also appears in the story.

When the book was published Kipling dedicated it to Dr. James Conland and said, “I wanted to see if I could catch and hold something of a rather beautiful localized American atmosphere that was already beginning to fade. Thanks to Conland I came near this.”

Brattleboro has a rich and varied history of authors, printers and publishers. The story of Kipling and Conland is one of many which highlight how this place and its people have had an outsized impact on the written word. The new publication, “Print Town: Brattleboro’s Legacy of Words” will soon add to the legacy.