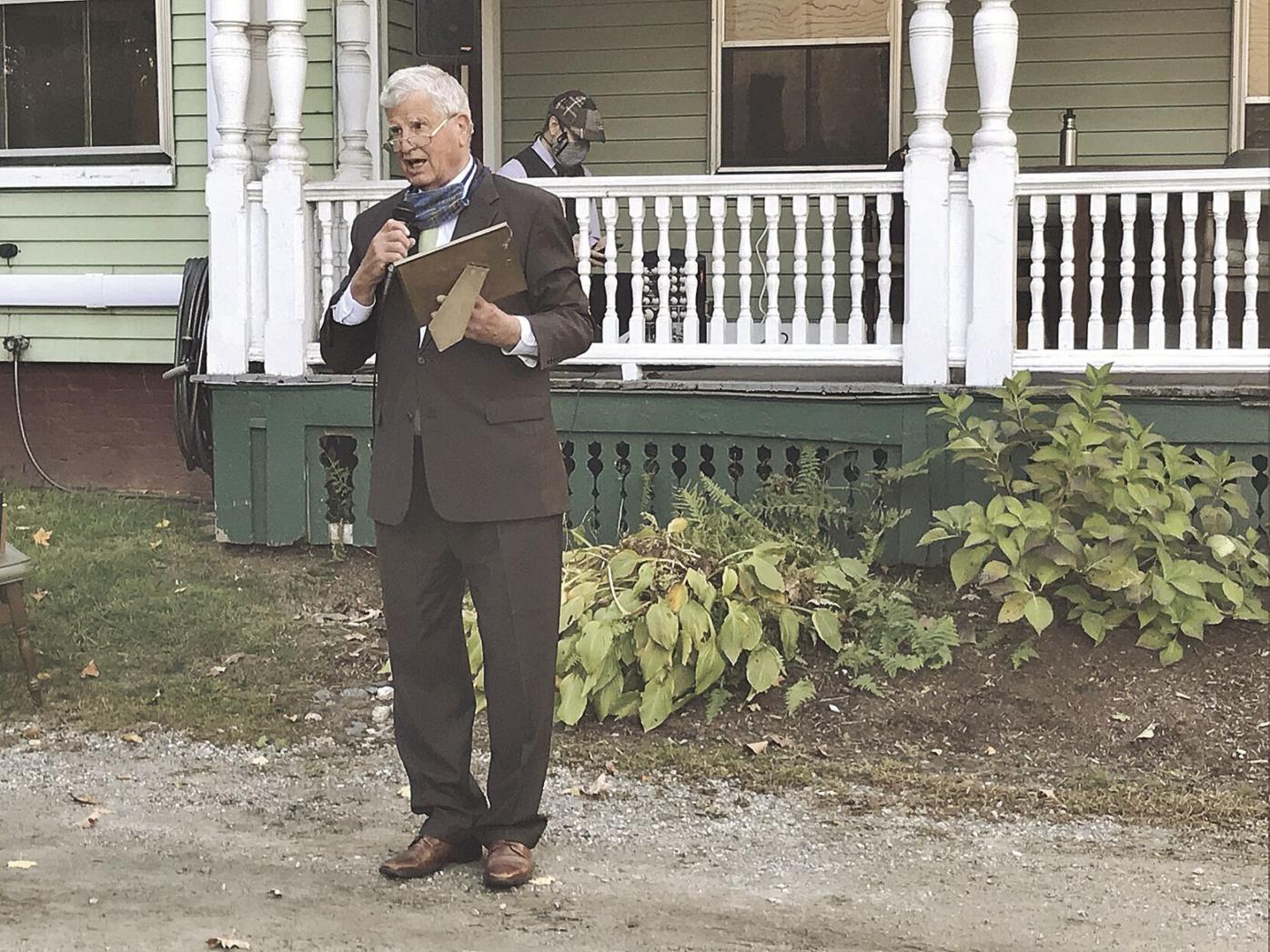 Tom Costello speaks about dedicating his law firm’s recently acquired building to the prior owner, Tim O’Connor, at an open house event on Oct. 6. 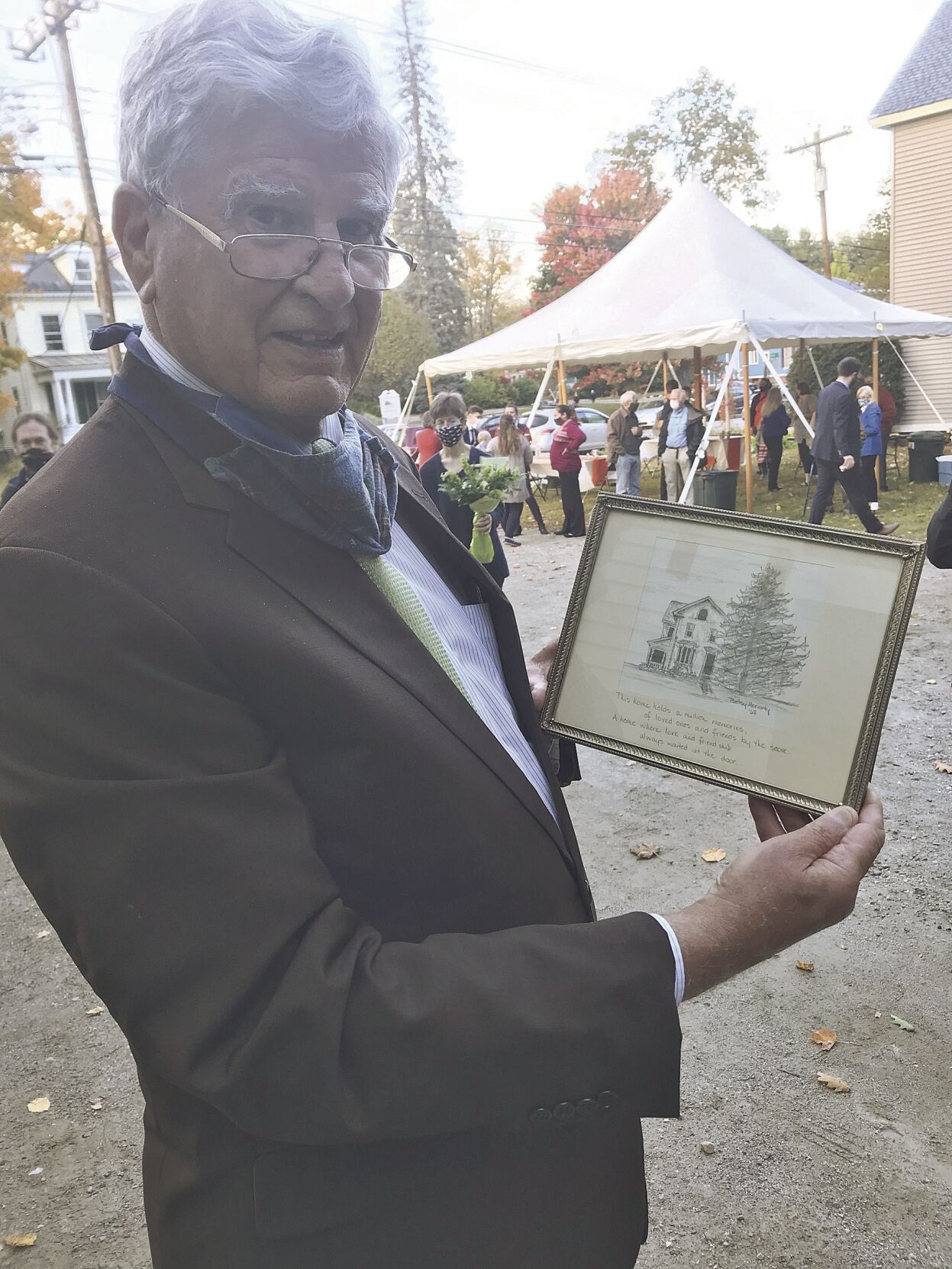 Tom Costello shows a drawing of his law firm’s recently acquired building that belonged to prior owner Tim O’Connor. 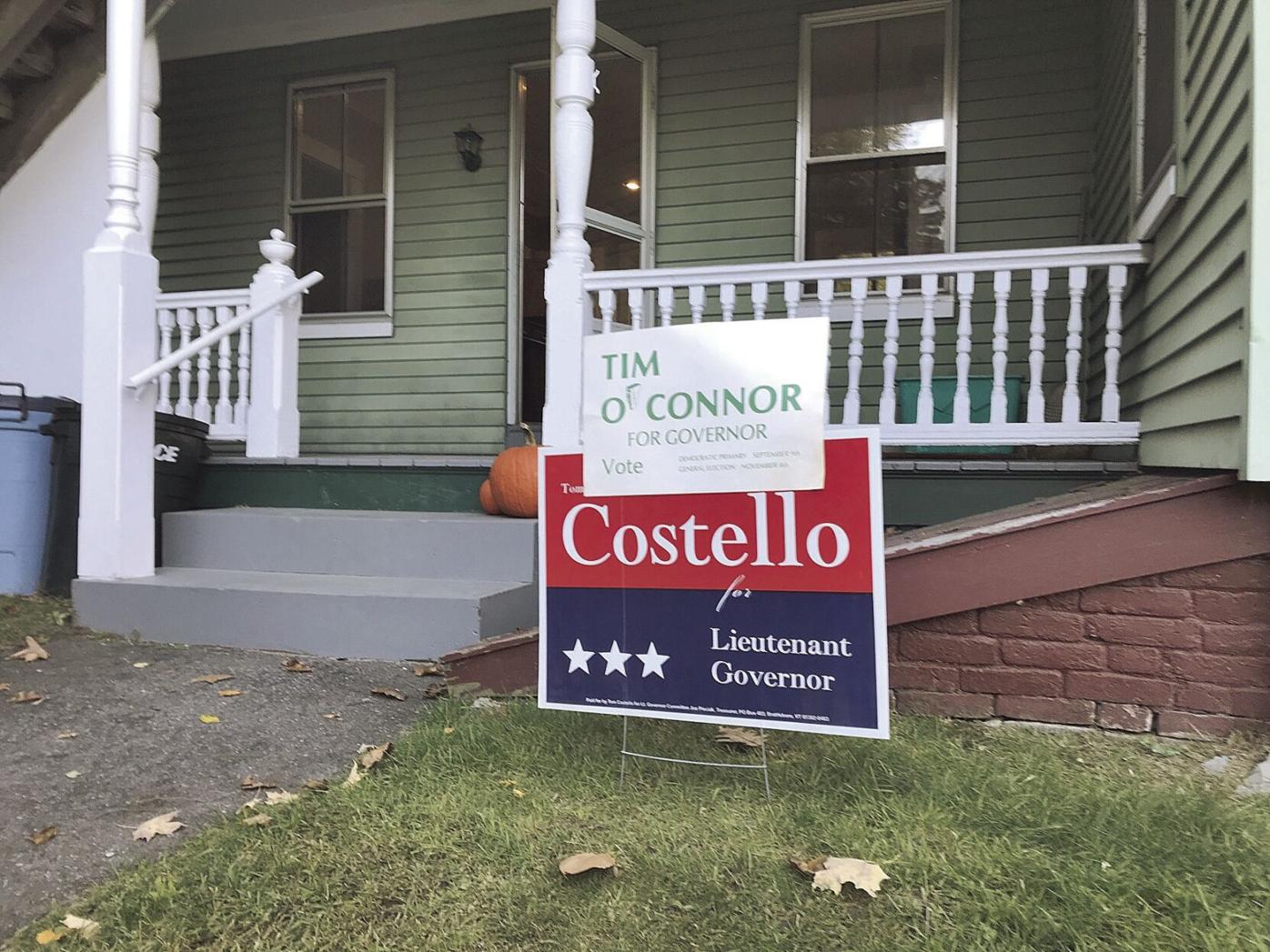 An old political sign showing the names of Tim O'Connor and Tom Costello running for office was posted at an open house event on Oct. 6.

Tom Costello speaks about dedicating his law firm’s recently acquired building to the prior owner, Tim O’Connor, at an open house event on Oct. 6.

Tom Costello shows a drawing of his law firm’s recently acquired building that belonged to prior owner Tim O’Connor.

An old political sign showing the names of Tim O'Connor and Tom Costello running for office was posted at an open house event on Oct. 6.

BRATTLEBORO — A grand opening of a local law firm’s Timothy O’Connor Memorial Branch celebrated the man who formerly owned the building and helped many Vermonters over the years.

“It helps us remember the bar so that we may reach it and be worthy of what Tim has made for us,” Tom Costello, founding partner of Costello, Valente & Gentry, said of the dedication at the event last week. “We call him with this sign. May this sign be a beacon to us and to everyone for all that Tim stood for and all that we will be during our lives.”

The firm purchased the building at 136 Western Ave. in January, two years after O’Connor’s death. James Valente said his firm intended to have an open house event in the spring but the pandemic prevented that from happening.

Valente described firm attorneys Adam Waite and Sarah Vangel as “integral” to the decision to expand.

“It didn’t quite happen that they said it’s been 100 years since the last major pandemic and real estate will surely explode in southeastern Vermont as a result of this new pandemic,” Valente said. “But as it happens, we’ve been the beneficiary to a lot of luck in the last few months.”

Congregating at the open house happened outdoors with masks and physical distance. Tours of the building were given to attendees at staggered times. Walls received a fresh coat of paint and lights were updated.

Valente said he doesn’t know of any law firm in Vermont with two branches in the same town. His group also has an office on Putney Road in Brattleboro and one in West Dover.

To practice in the building where O’Connor and his wife Martha “worked incredibly hard and made so many people happy, and that so many people remember, is a real gift for everybody at our firm,” Valente said. Martha died in September 2019.

“I feel confident that we will not do nearly such a good job as Tim did because none of us can be Tim,” Valente said. “Tim was the kind of guy when they leave, they leave. They don’t get replaced. But he left us with something to aspire to and that’s a very valuable thing for all of us to try and do us lawyers or as citizens of Brattleboro or as people who just want to treat others nicely.”

Thomas Durkin, local attorney, returned to Brattleboro from law school in 1985. He recalled O’Connor being one of the most respected lawyers in Windham County at the time.

“Tim was held in such high esteem because of his love for his community and for the fairness he served up for all he came in contact with,” Durkin said. “His service to our community extended over decades and remains unmatched today.”

In a note read by Costello, Judge John Wesley said O’Connor was “always welcoming and collegial.”

O’Connor, a Democrat, was elected speaker of the Vermont House of Representatives when his party was in the minority.

“His party remained in the minority for two more terms and he was elected speaker two additional terms,” Durkin said.

O’Connor had “an extraordinary ability to put issues above himself,” said Costello, who also served in the House. “And those Republicans believed in him and made him speaker to the shock of the state and beyond. It was truly a credit to Tim. They used to call him the man who could walk on water.”

In addition to running the law office, O’Connor and Martha participated in local government. O’Connor also served as moderator of Representative Town Meeting for 22 years.

“We appreciate everyone’s appreciation of the past and yet, we pass this building onto James, Sarah, Adam and the rest of the firm because we really believe in their vision for the future,” said Kevin O’Connor, one of the three O’Connor children.

He encouraged the firm to keep doing things “differently,” like his father did.