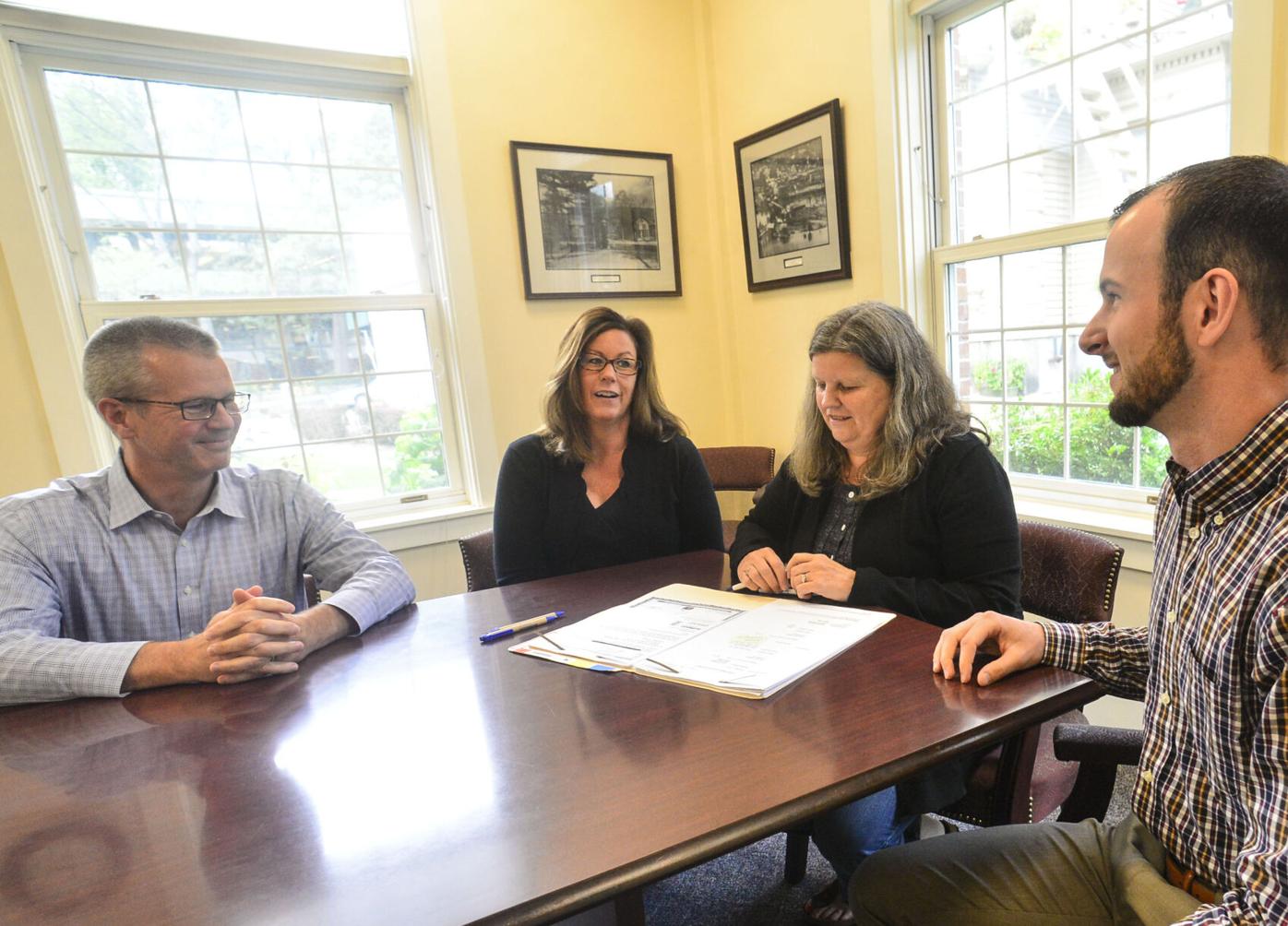 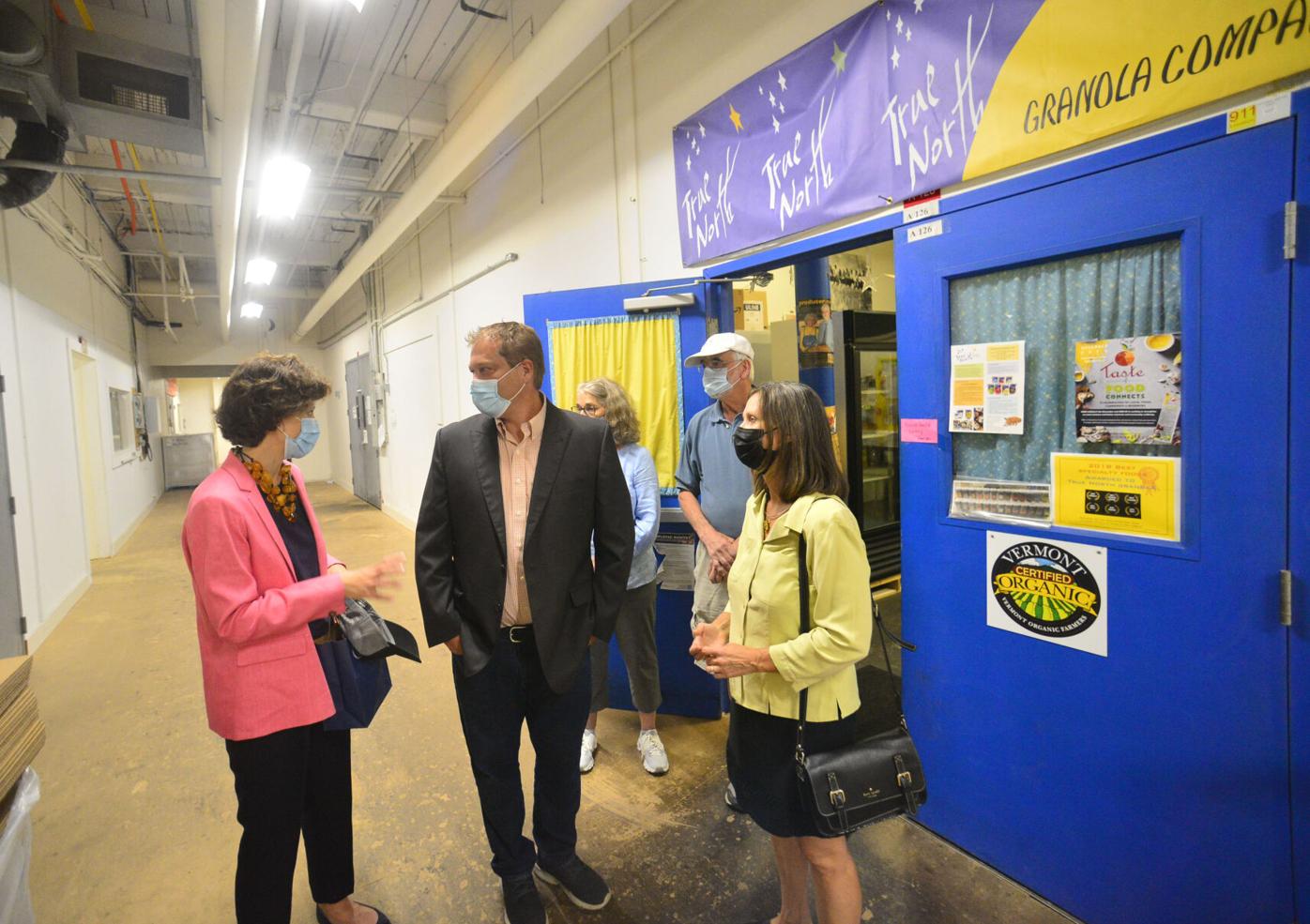 Lithuanian Ambassador to the United States Audra Plepyte takes a tour around the Brattleboro Development Credit Corporation’s Cotton Mill building, in Brattleboro, Vt., during a visit to Brattleboro on Wednesday, Aug. 18, 2021. 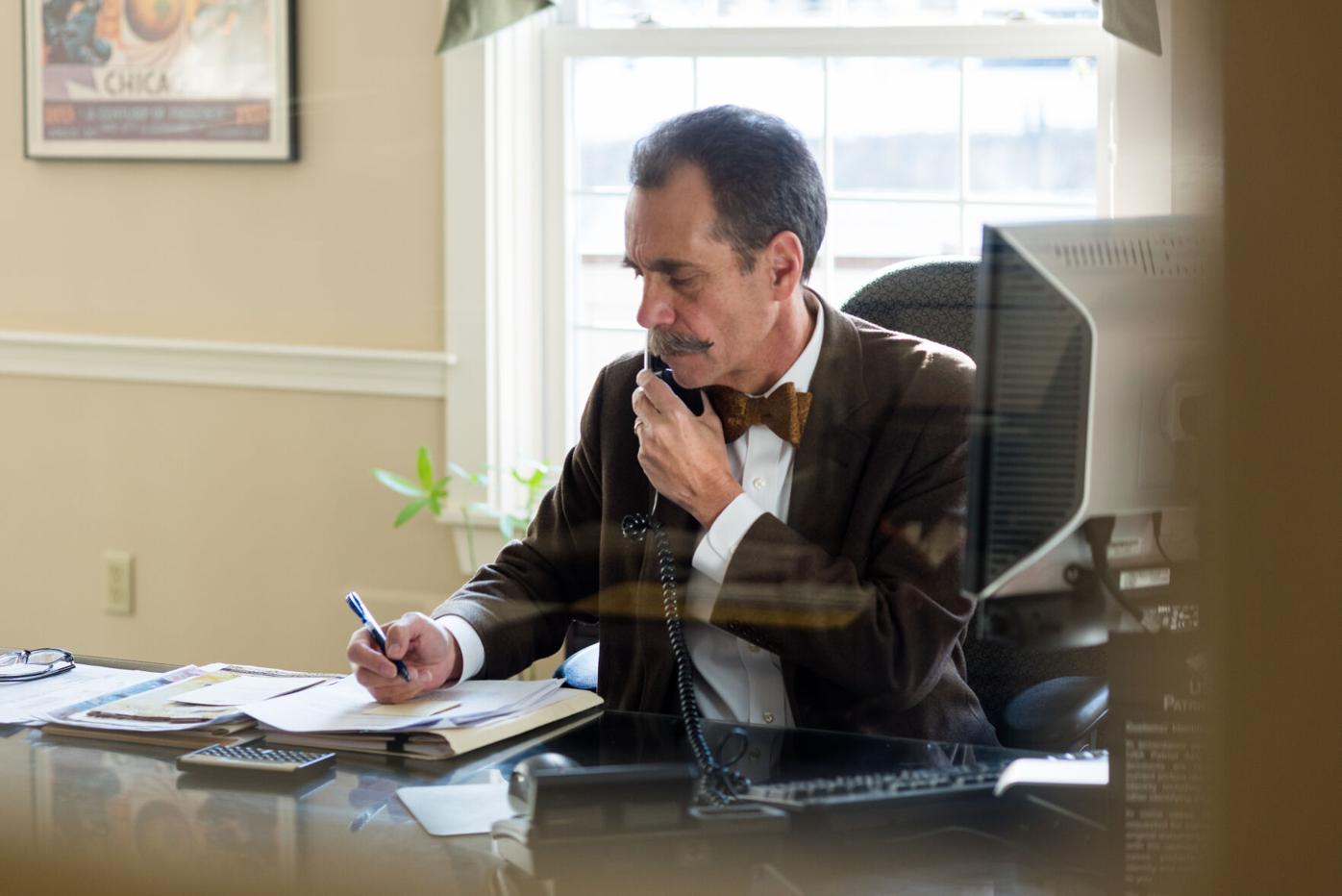 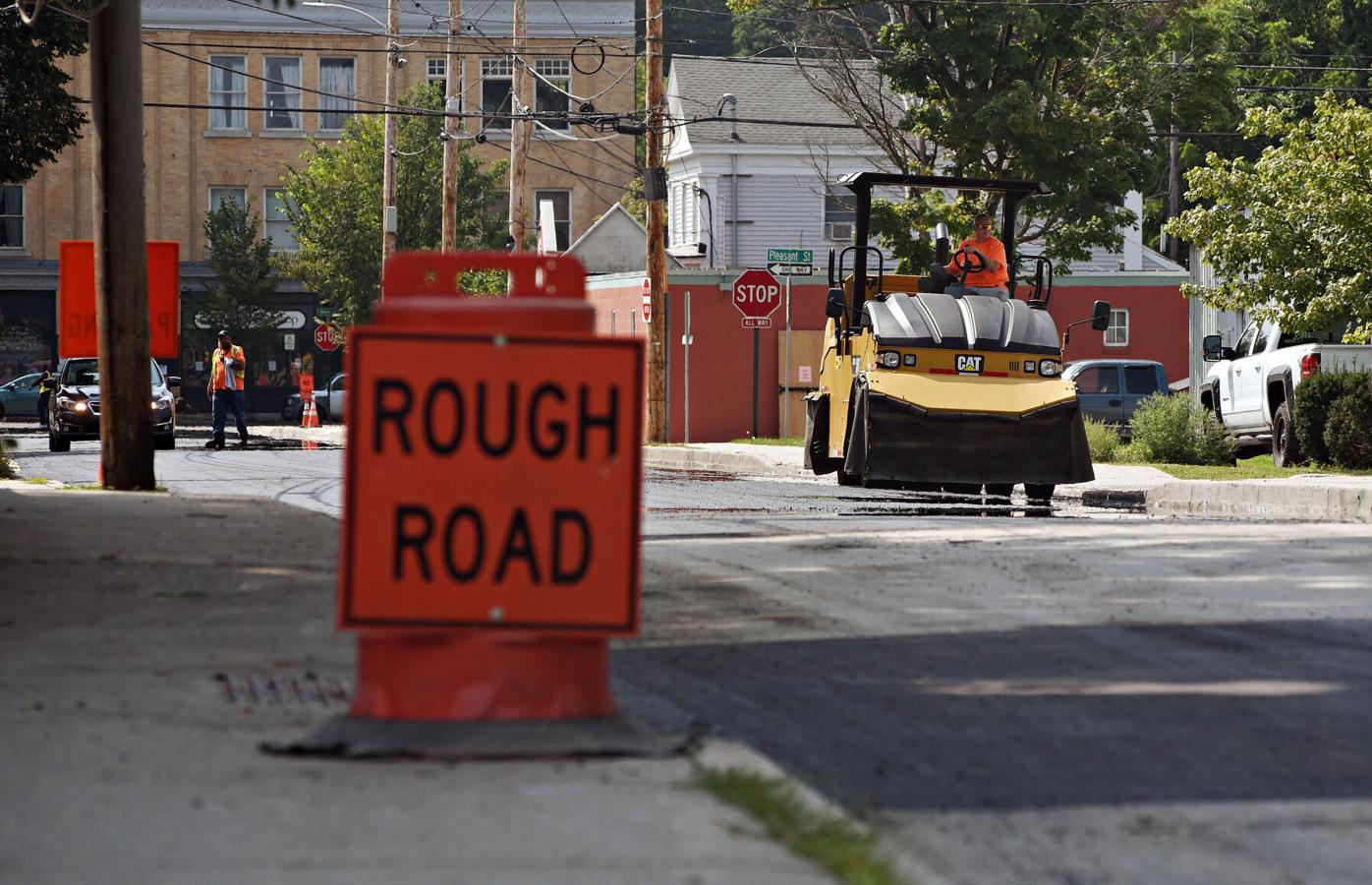 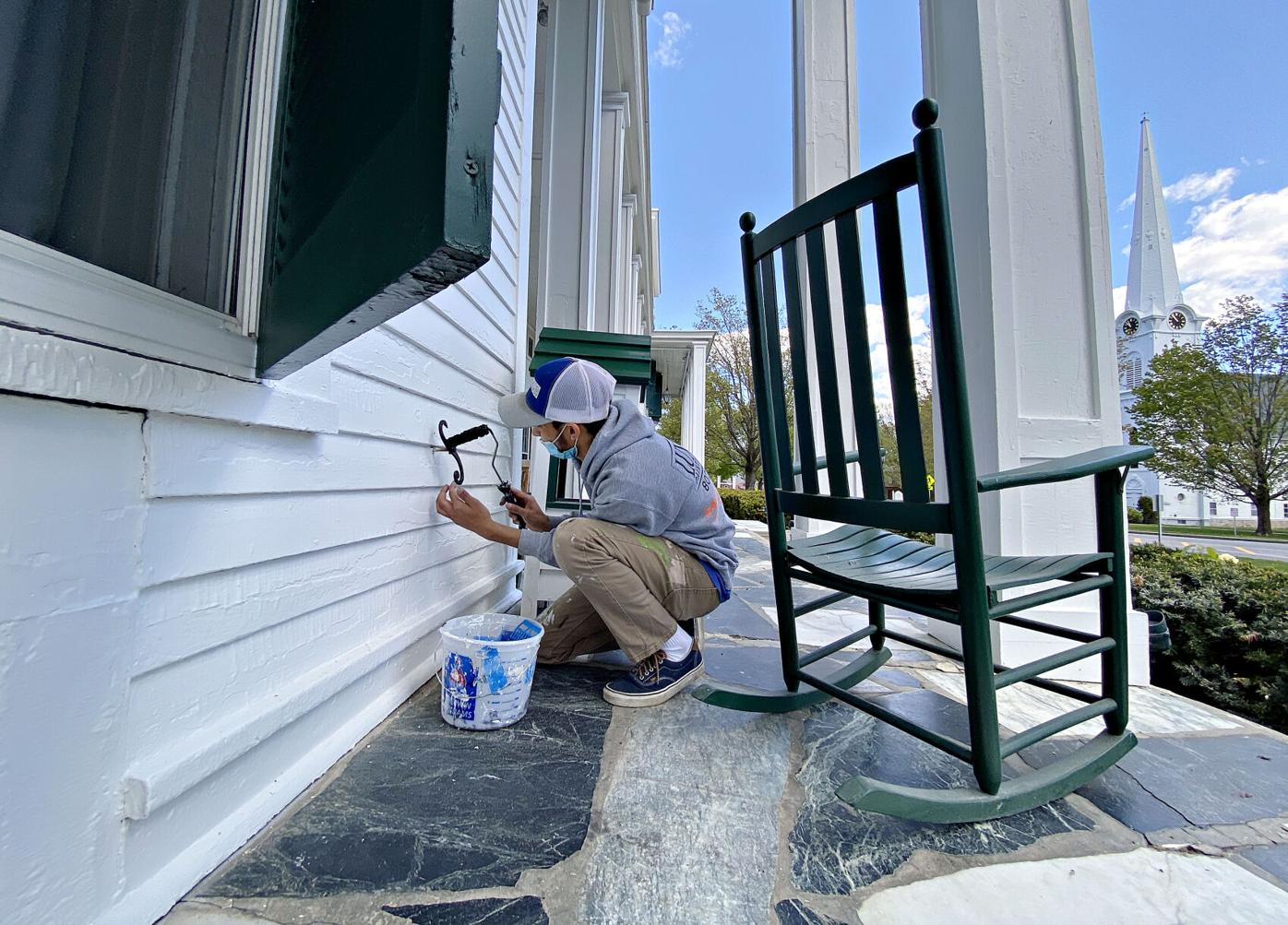 Damian Wilkinson-Torres, of Lux Brush Painting Company, does some fine detail painting on the exterior of The Equinox in Manchester in 2020. Through this June, Bennington County received 1,197 PPP loans totaling $87,835,608. 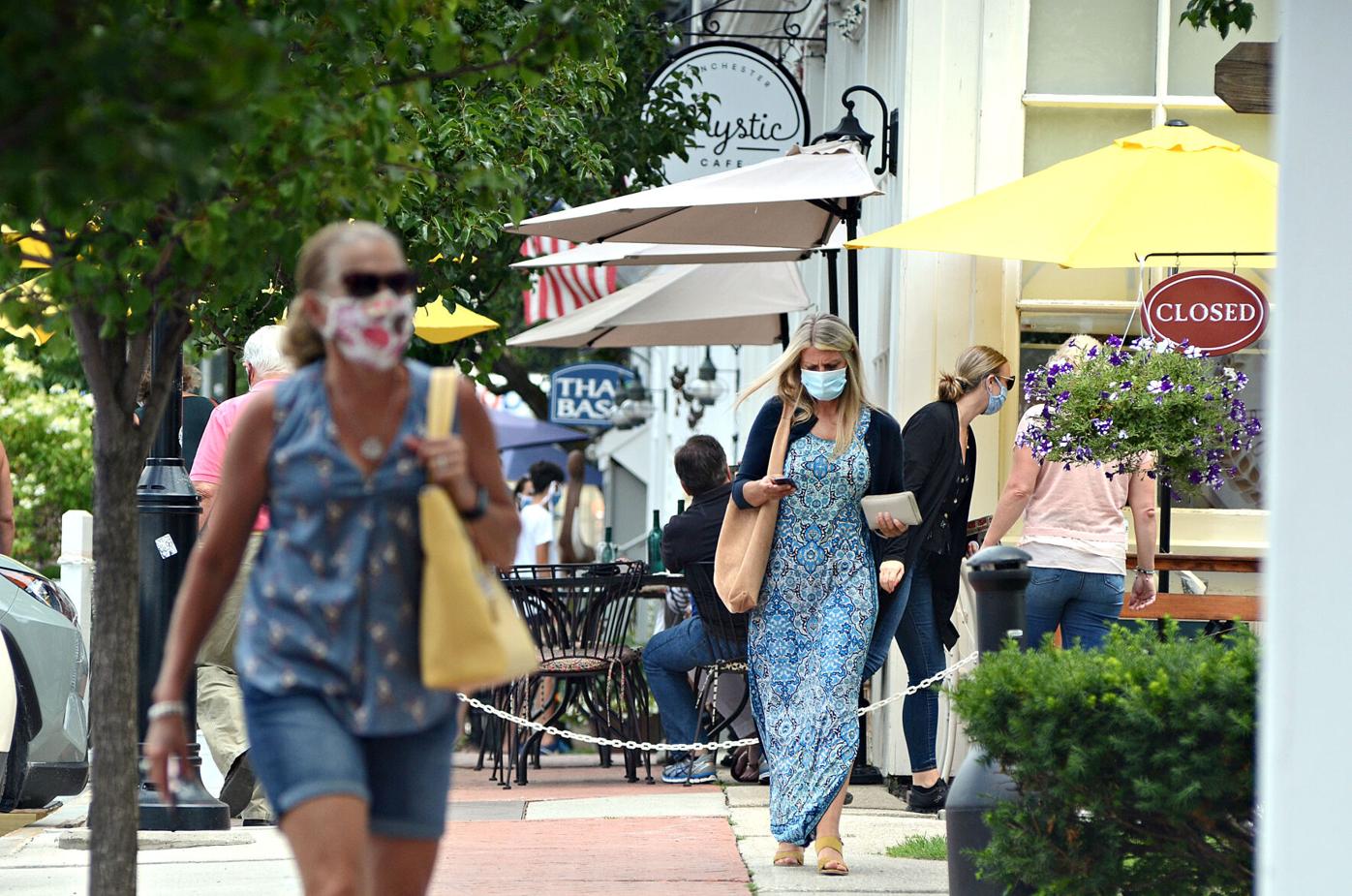 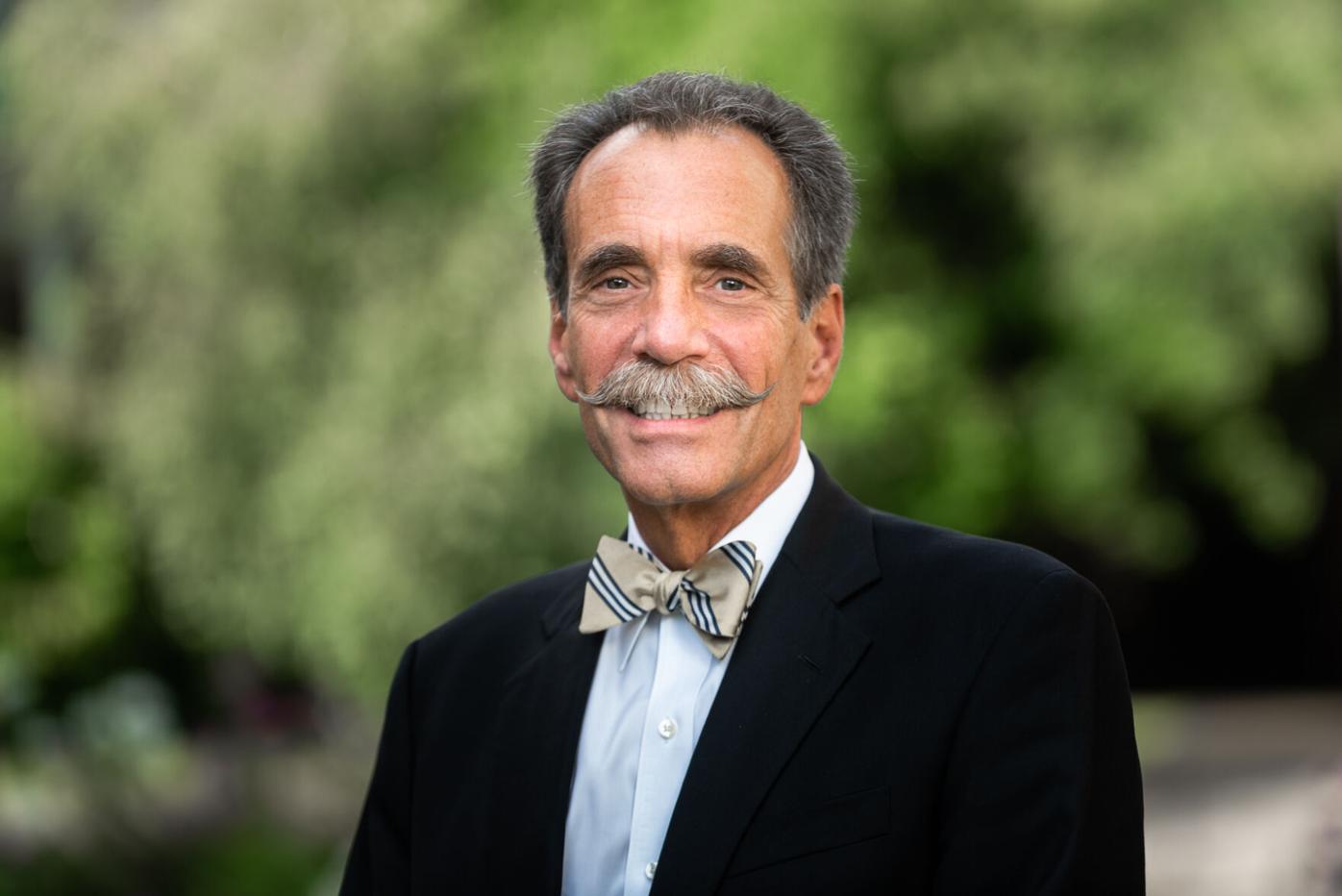 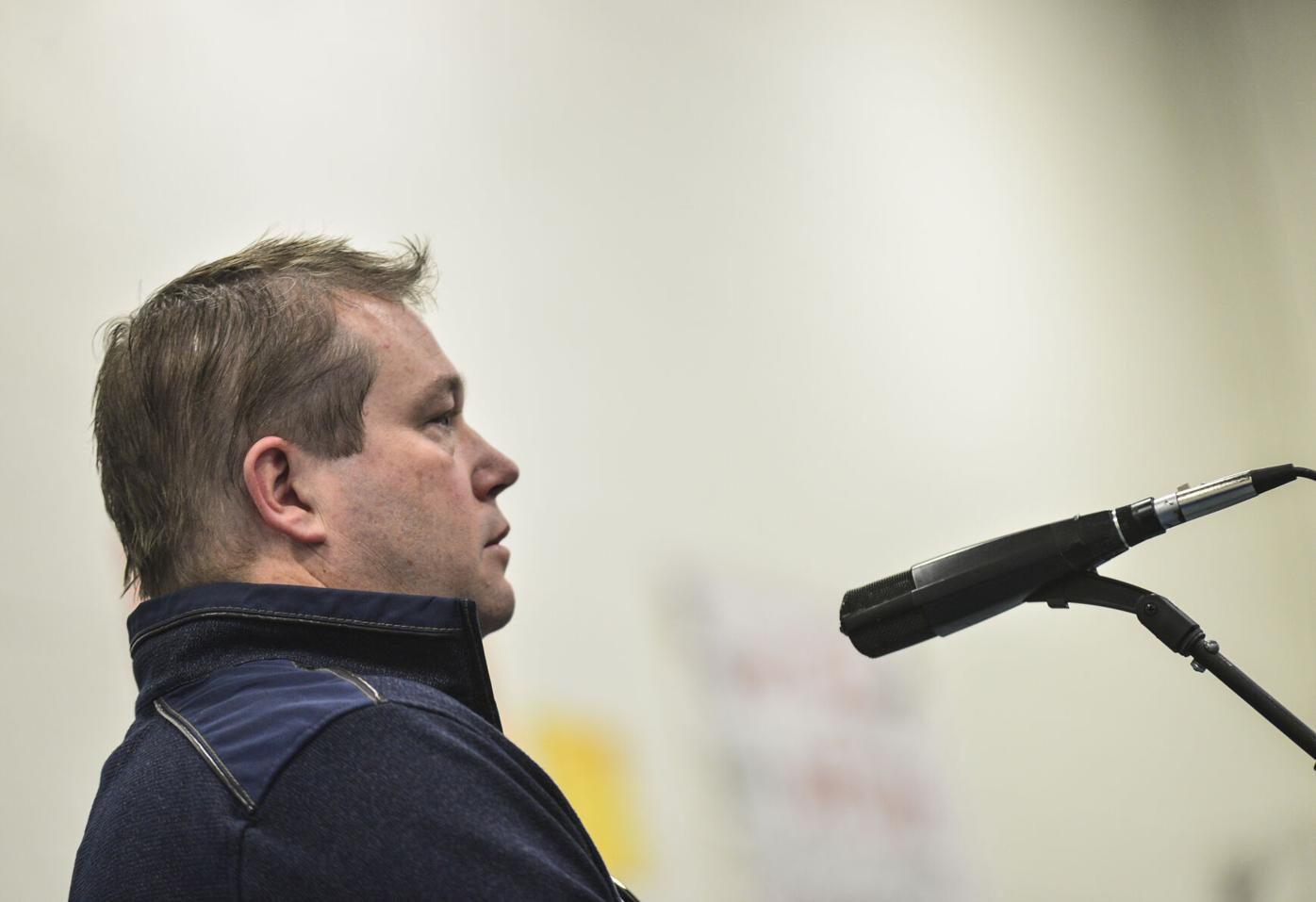 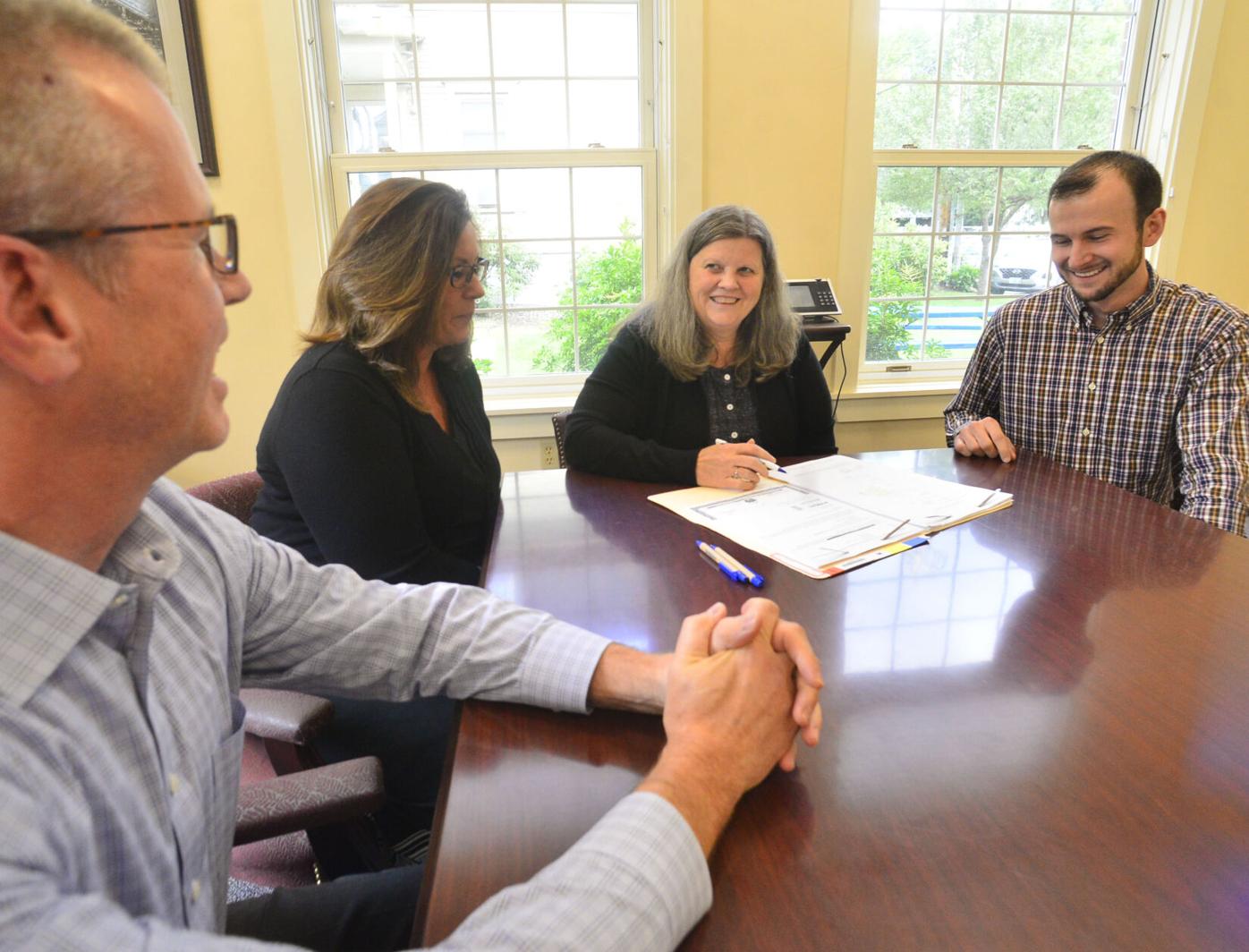 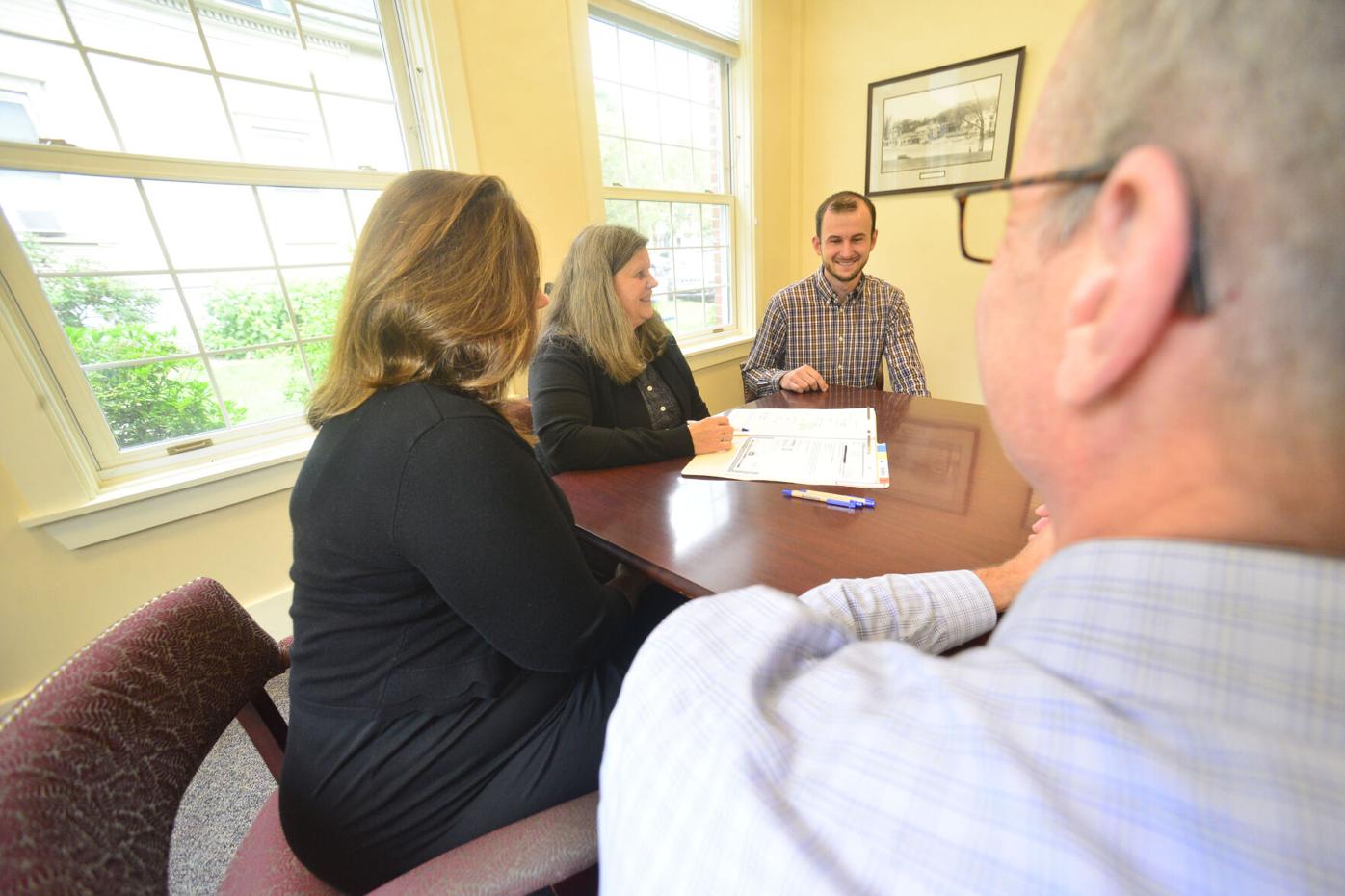 Lithuanian Ambassador to the United States Audra Plepyte takes a tour around the Brattleboro Development Credit Corporation’s Cotton Mill building, in Brattleboro, Vt., during a visit to Brattleboro on Wednesday, Aug. 18, 2021.

Damian Wilkinson-Torres, of Lux Brush Painting Company, does some fine detail painting on the exterior of The Equinox in Manchester in 2020. Through this June, Bennington County received 1,197 PPP loans totaling $87,835,608.

As commerce across the nation continues to struggle with the lasting effects of the COVID-19 pandemic, many businesses in Southern Vermont have navigated their way through the troubled waters with a buoying lift from federal payroll protection dollars.

Since the Paycheck Protection Program launched on April 3 last year, Vermont has received $1.76 billion dollars in funds, according to sba.gov. To date, 21,942 loans have been granted statewide.

While the results of the cash infusion has yet to be quantified, the reach of the money in Southern Vermont is clear.

In Windham County it was even greater. There were 1,499 loans issued for a total of $128,778,682, according to Daniel Monahan, the public information officer for the Vermont District Office of the Small Business Administration.

In Windham County, Brattleboro Development Credit Corp. Executive Director Adam Grinold said that since Gov. Phil Scott’s first emergency order in March 2020, the BDCC has worked with over 700 Windham County businesses in one capacity or another to connect them to resources, whether it was a PPP loan or the state Agency of Commerce and Community Development programs.

Additionally, Grinold said that BDCC was running a statewide program in partnership with Two Rivers Ottauquechee Commission to help connect people with those funding opportunities; the county business generator had partnered with Regional Development Corporations of Vermont for a program that provided technical assistance, too.

The PPP loans, Grinold said, allowed businesses to continue to pay staff and, he believed, provided the confidence for businesses to keep their doors open.

Daniel Yates, president and CEO of Brattleboro Savings & Loan, which disbursed over $34 million in PPP loans, said there was a fair amount of sole proprietor activity in the PPP loan program. Those loans, he said, were usually below $50,000 and supported sometimes a single employee.

Yates said it was difficult to determine how many jobs may have been saved as a result of the PPP loans, as they had not received final information back from borrowers as to whether they were able to retain all their employees.

When the process first began, Yates said the bank made the decision to process anyone’s loan, even if they were not already a customer. The decision, he indicated, was made for several reasons, but one of which was the uncertainty surrounding how long funds would be available: especially since the loans were on a first come, first serve basis, and people throughout the community were worried about whether they would be able to receive the funds they needed for their business to survive.

The goal in starting that early, Yates said, was to find a time when California was done submitting and before New York began to get their applications in before it became more difficult.

“It worked,” he said. “It was incredibly gratifying to us to be able to provide, as I said, about $34 million dollars in loans to our community businesses.”

More work to be done

Still there is more work to be done and more resources available. In addition to the second draw of PPP funds, Grinold referenced the state’s Economic Recovery Bridge Program as a valuable resource for Vermont businesses.

“A lot of the smaller businesses and sole proprietors fell in between some of the gaps that the early recovery programs intentionally created,” Grinold said. “The most recent [state] program is really aimed at filling in those gaps, helping ensure businesses who had not received any funds to date were able to be first in line for this most recent program.”

Although there is yet the possibility of some businesses not being able to make it through this troubled time, with the loosening of travel restrictions and increased tourism in the state throughout the summer, Yates said he is hopeful.

“They’re bringing the dollars that everyone has saved throughout the pandemic and they’re itching to get out … so it’s been a good recovery from that standpoint and hopefully it will continue,” Yates said.

Although nearly 2,000 jobs might have been lost, the number of jobs that were retained as a result of the PPP loans were significant.

The loans, Cooper said, can be divided into two categories: businesses that received $150,000 or more and those who received less than $150,000.

Of the 1,197 loans awarded in Bennington County, Cooper said that 90 percent of them were for under $150,000, with the average loan being just north of $33,000. The total value of all of these smaller loans, which he said supported about 5,400 jobs, was $36 million. However, it was those loans, he said, that were the most important of all.

“At the end of 2020 there were 610 recipients below that $150,000 threshold and 69 above it. ... Those funds were very badly needed for maintaining business operations, for maintaining payroll, and that’s what the first round of the Paycheck Protection Program was for: payroll,” Cooper said. “We have this workforce crunch and being able to keep workforce on the payroll during the shutdown was really essential to maintaining business viability going into the new year.”

There were 114 PPP loans in the county that were issued for $150,000 or more, Cooper said, for a total value of about $51.8 million dollars, with the average loan totaling $455,000. While the number of loans was significantly smaller, Cooper said collectively those funds supported over 5,000 employees. However, as was the case with the 5,400 jobs supported by businesses that received less than $150,000, because some businesses received more than one PPP loan, Cooper said some of those jobs were counted more than once.

Bennington and Manchester received the most assistance accounting for 70 percent of the loans and 81 percent of the total value. Bennington received 431 loans for a total of $39.7 million, with Manchester being a close second receiving 409 loans for $32 million. Dorset and Arlington were third and fourth, respectively, with Dorset receiving 111 loans worth $7 million and Arlington getting 76 loans worth $2.8 million, Cooper said.

If the loans some businesses received were not forgiven, Cooper said it would become a “very favorable loan” with 1 percent interest to be repaid over five years. With the second draw of PPP loans now available, Cooper said some business owners might have seen this as a good opportunity to invest in their business while continuing to support payroll.

“Where hiring has been a challenge, access to very affordable capital could have helped with recruitment and/or retention via bonuses, salary adjustments or other benefits,” Cooper said. “Furthermore, if businesses wanted to make capital investments in this market, with materials, equipment and labor costs so high, this could have been a valuable resource.”