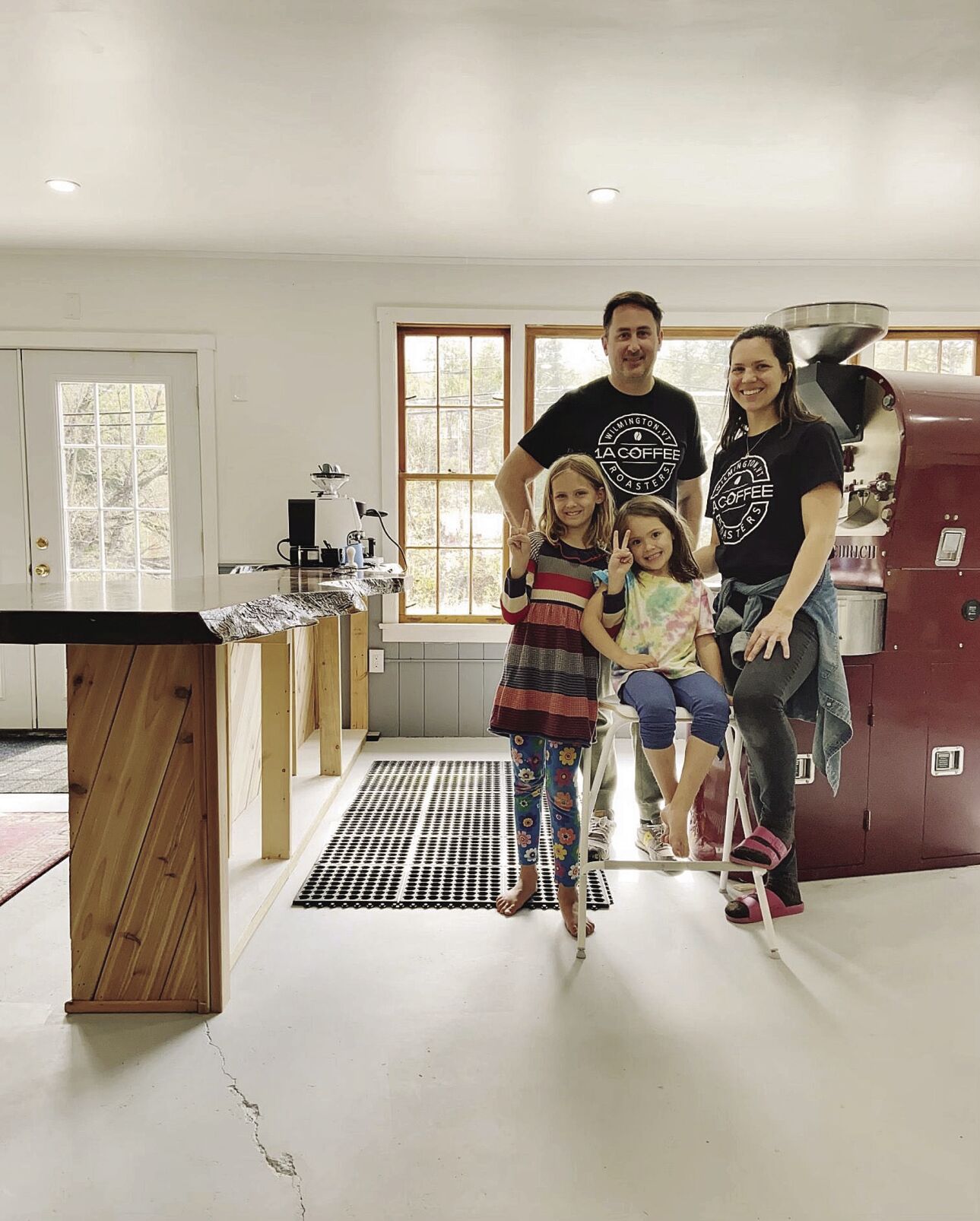 Brian and Chrystal, co-owners of 1a Coffee Roasters, with their daughters Addison and Ella, and their coffee roaster. 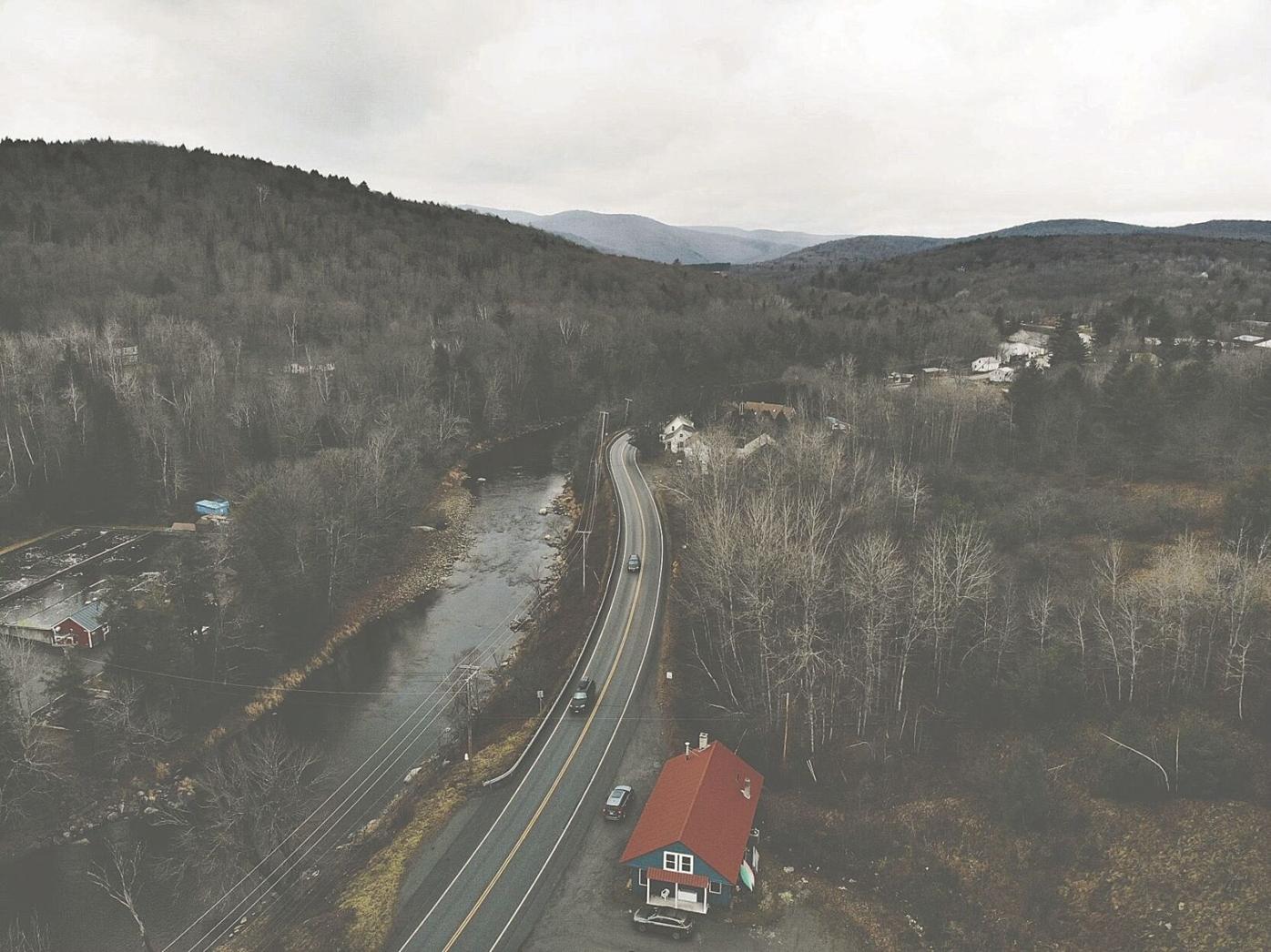 1a Coffee Roasters from above. 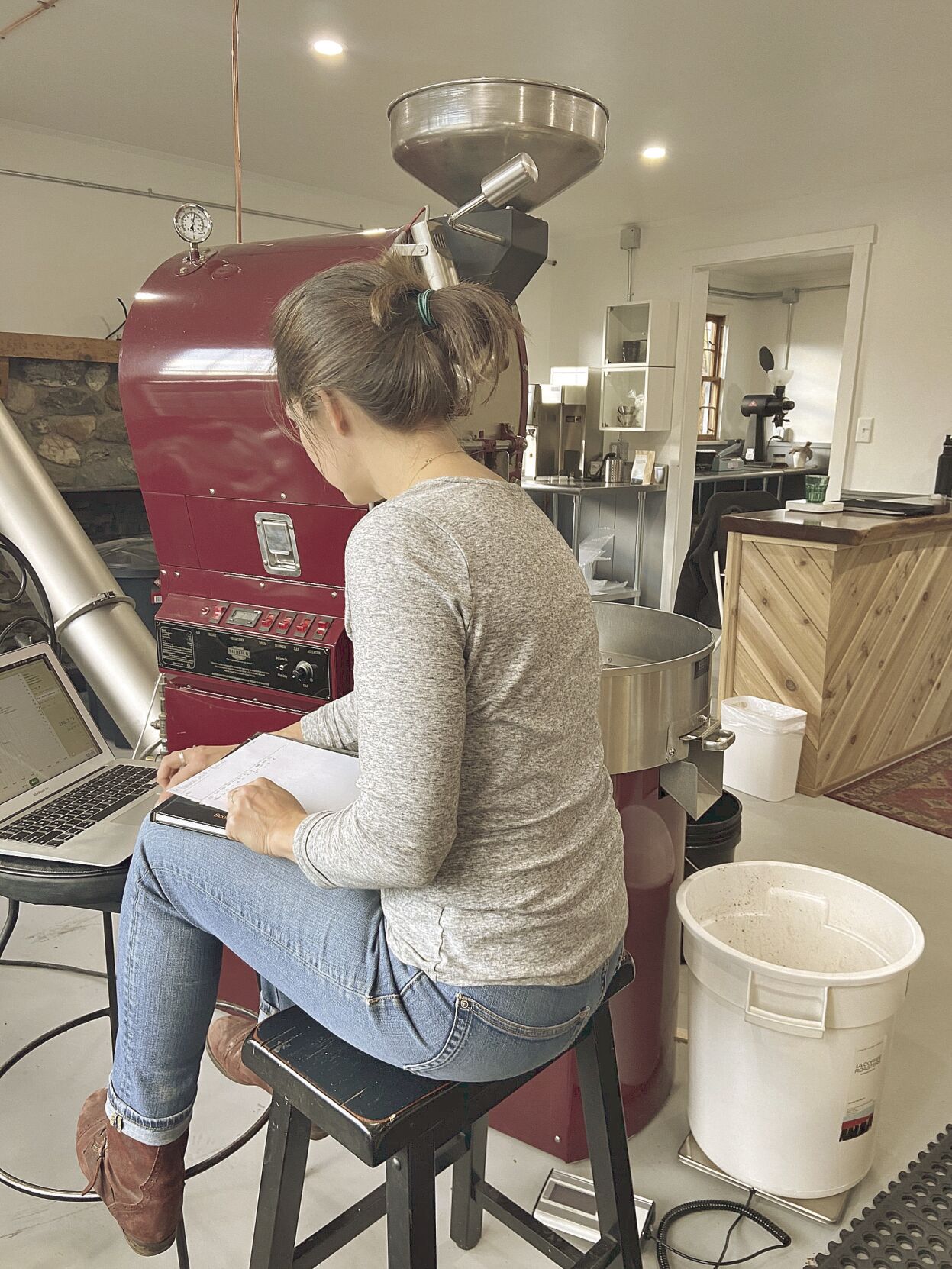 Chrystal Holt, co-owner of 1a Coffee Roasters, works on a computer at the shop.

Brian and Chrystal, co-owners of 1a Coffee Roasters, with their daughters Addison and Ella, and their coffee roaster.

1a Coffee Roasters from above.

Chrystal Holt, co-owner of 1a Coffee Roasters, works on a computer at the shop.

WILMINGTON — 1a Coffee Roasters opened in time for the holidays and ski season.

Brian and Chrystal Holt, co-owners, didn’t expect so much enthusiasm and support so fast. They also found many customers from the nearby Chimney Hill community.

“We’re like their neighborhood coffee shop,” Brian said. “It never crossed my mind.”

1a opened just before Thanksgiving at 123 West Main St. The name comes from when the couple visited Europe and were introduced to the world of specialty coffee. Their address in Finland contained 1a. They decided to use it in their business to denote where their “coffee obsession became real,” Chrystal said.

“We’re kind of minimalists,” Brian said, “so we liked the simplicity.”

1a sells coffee and bags of coffee beans at the shop. Bags also can be ordered by 1acoffee.com.

Espresso-based drinks — such as cappuccino, flat whites and lattes — are newly available. Four specialty teas — black, white, mint and chamomile — and a chai tea latte are being served at the shop through a partnership with Hugo Tea in Chicago.

An Ecuadorian dark chocolate drink came of collaboration with Tavernier Chocolates of Brattleboro.

The drink is “single origin” like the other coffee and beans offered by 1a, meaning it is grown in one geographic region alone. Brian said if other roasters are missing an aspect from a profile of one type of coffee or are experiencing inventory issues, they will typically add coffee from another origin to create a blend.

“We like celebrating the different tastes that come from the different origins,” Chrystal said. “We like those differences and we want to accentuate those pure forms of coffee.”

At the time of the interview, 1a had coffee from Ethiopia, Columbia and East Africa. The business owners have “direct contact with people who ensure everyone along the coffee chain is treated fairly and can earn a livable wage,” according to 1a’s website.

Their model calls for not carrying the same coffees all the time. They already sourced their next two coffees, which are coming from Mexico and Ethiopia. According to the website, 1a is committed to “poverty alleviation and sustainable economic development in green coffee producing origins we source from and within communities we serve ... increasing economic benefit to producing countries smallholder farms and low-income workers, and our local employees ... reducing waste, sourcing upcycled or recyclable products, and using sustainable energy sources.”

A small batch roaster is working well at the shop. Chrystal said 3 or 4 kilos of coffee can be roasted at a time. Batches are made over a day or two about every two weeks. Brian said the first two bags were recently created, totaling about 450 pounds.

The couple moved from Virginia to open the business with Michael Culnen, who owns a second home locally. They found out about the town through Wilmington Works’ Make It On Main Street business competition.

They had been part of the Coffee Collaborative, which won $10,000 to start up downtown.

But the location they eventually settled on falls out of the designated downtown so they weren’t able to tap into the funds. When spring and summer comes around, they’re looking to set up a firepit and terrace. Currently, 1a has two employees. It’s open 9 a.m. to 3 p.m. Wednesday through Sunday.

WILMINGTON — Since 1a Coffee Roasters owners Brian and Chrystal Holt started their business late last year, all their labeling has contained t…