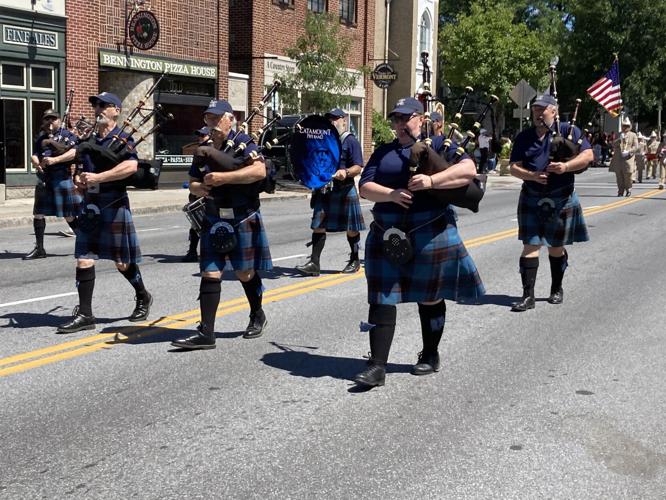 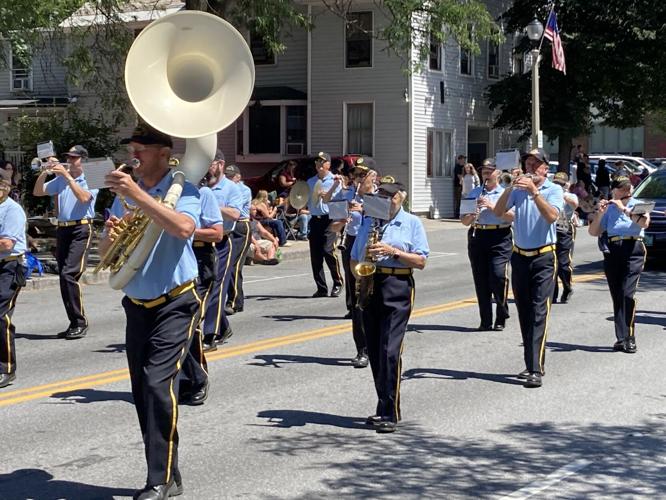 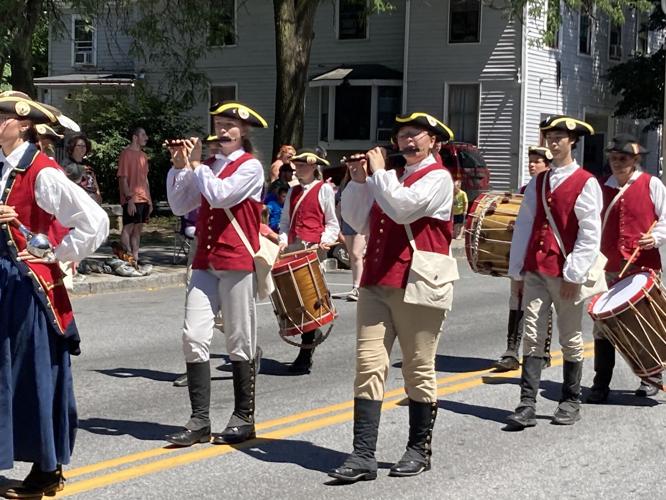 A fife and drum corp marches Sunday in the Battle Day parade. 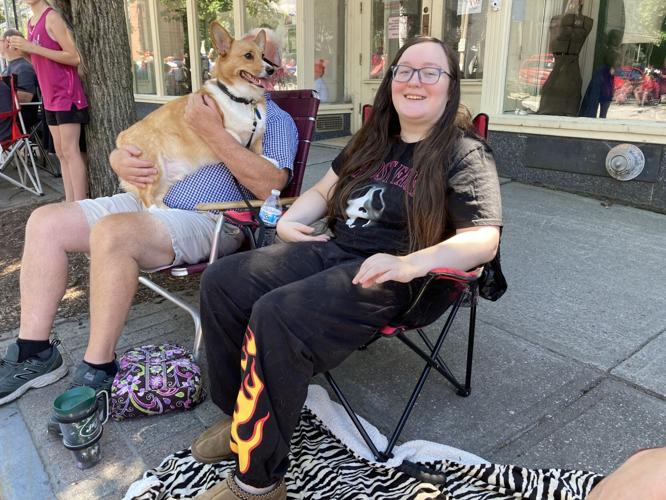 A fife and drum corp marches Sunday in the Battle Day parade.

BENNINGTON — The 57th Bennington Battle Day parade took a giant marching step toward its pre-pandemic form Sunday with a 90-minute event that included a number of late-registering units.

“There were several fire departments and scout groups and different groups that came in that I didn’t expect, but we found room for them,” said Parade Chairman Richard Knapp.

“I’m very happy,” he said. “We ran a small parade last year, because we didn’t do anything in 2020, and we wanted to start it back up but we didn’t want to jump right into it with everything we had.”

While the crowds along Main Street and other streets along the route were not packed wall-to-wall as in prior years, the turnout was a solid one, he said, adding, “I think a lot of people are still shy over COVID; I really do. But the people who were out here seemed to enjoy it.”

The parade stepped off at 12:30 p.m. under near-perfect blue skies.

“We’ve got great weather, no humidity, so we are really looking forward to it,” Town Manager Stuart Hurd said as the parade was emerging on upper Main Street behind a flurry of flashing blue police lights. “And I think it’s going to be a long one because the [firefighters association] convention was in town this year.”

“It was a good one,” agreed Amanda Gates, of Bennington, who attended with her children.

“It was really good,” Jaxson Gates, one of her sons, offered. “I like the old trucks and people carrying flags.”

Another Bennington resident, who declined to give his name, said he always tries to attend the August parade.

This year, there were once again numerous fire companies and trucks from around the area and state; marching bands, bagpipers, fife and drum corps, motorcyclists, military, police and rescue squad units; floats and – because it is, after all, an election year – politicians.

Those included Republican Gov. Phil Scott, his Democratic opponent Brenda Siegel; former Lt. Gov. David Zuckerman, who is seeking a return to the post and was born – he pointed out – on the anniversary of the Aug. 16, 1777, Battle of Bennington, and Zuckerman’s Republican opponent, state Sen. Joe Benning, of Lyndonville.

Actually, Myers, who is retiring after 30 years, was supposed to be grand marshal in the 2020 parade, Knapp said, but that event fell victim to the pandemic.

Knapp said the North Bennington department is considered to be the oldest in Vermont.

The annual Vermont State Firefighters Association convention was held this week in town and was expected to benefit local motels, restaurants, pubs and other businesses.