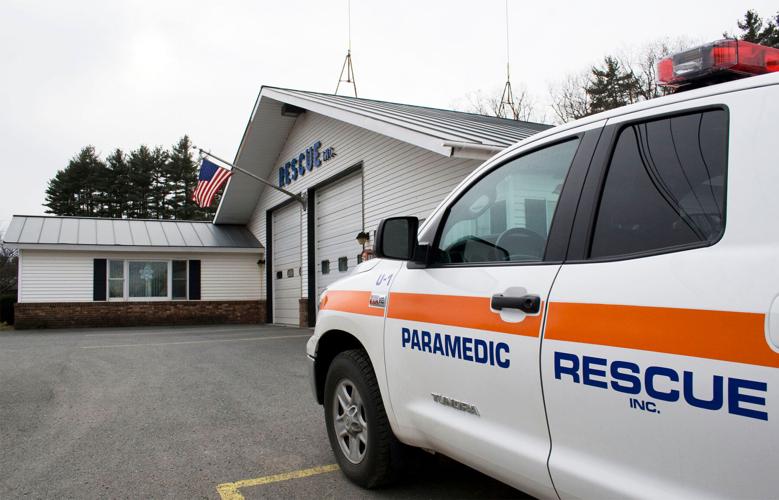 Problems between Rescue Inc. and the town of Brattleboro had been simmering for some time, leading to an end of the relationship. 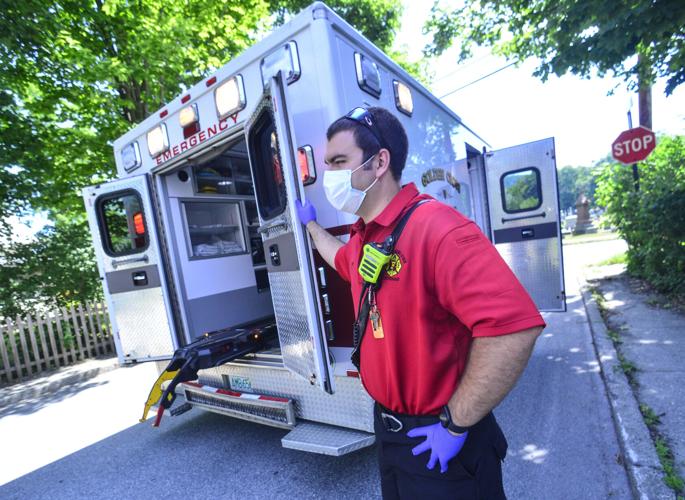 Brattleboro Fire Department Lt. Kevin Lambert stands next to one of the Golden Cross ambulances that the Fire Department used while responding to a call on July 1, after the town switched from using Rescue Inc. 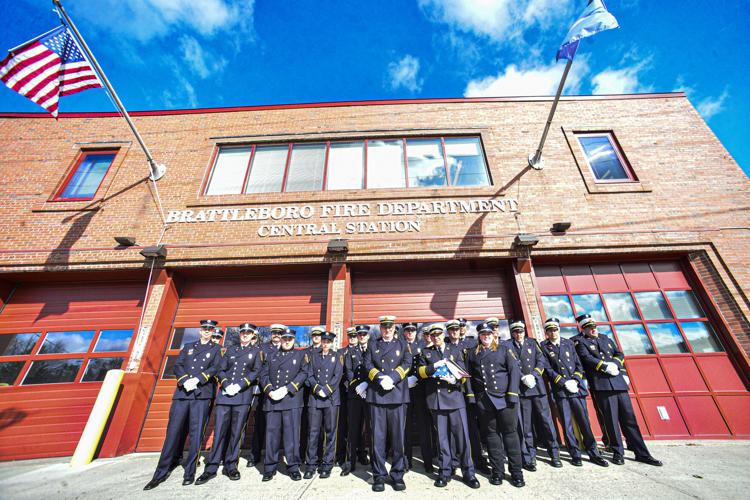 Members of the Brattleboro Fire Department, as seen in 2021. 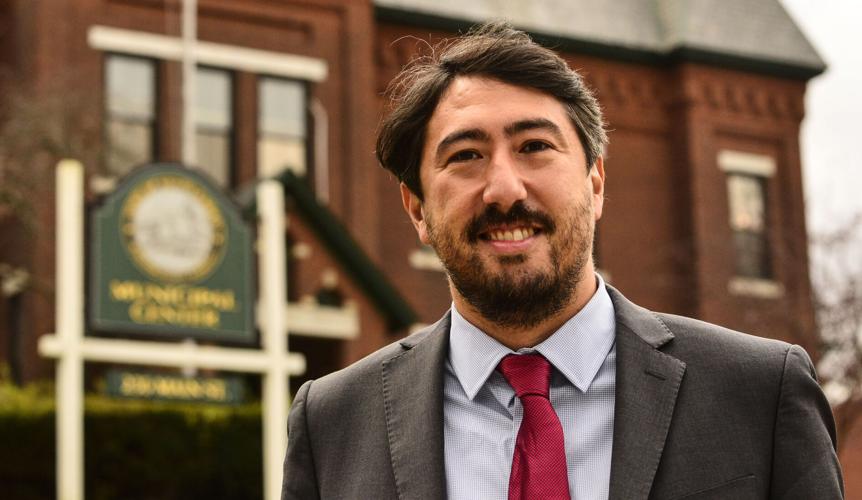 Problems between Rescue Inc. and the town of Brattleboro had been simmering for some time, leading to an end of the relationship.

Brattleboro Fire Department Lt. Kevin Lambert stands next to one of the Golden Cross ambulances that the Fire Department used while responding to a call on July 1, after the town switched from using Rescue Inc.

Members of the Brattleboro Fire Department, as seen in 2021.

BRATTLEBORO — In February, Yoshi Manale, who had been Brattleboro's town manager less than two months, went out to lunch with Drew Hazelton, chief of operations at Rescue Inc., and Deborah Miller Chapman, Brattleboro's representative on the Rescue Inc. Board of Directors.

By all accounts, that meeting did not go well.

Chapman said Manale asked for a one-year contract with Rescue Inc. "until Brattleboro Fire is capable of doing it themselves."

"What Brattleboro asked us for was to have their coverage subsidized by the surrounding community," said Hazelton. "They were looking for backup coverage for free, service that we're not going to provide."

"I was flabbergasted," said Chapman. "He was five weeks into the job. That was the only communication Rescue Inc. had with the Select Board."

It was that conversation that prompted a scathing letter from Hazelton that accused the Brattleboro Fire Department of "poor patient turnover, gender discrimination, verbal abuse and general lack of cooperation."

Sally Nix, human resources director for the town, said the allegations in the letter were investigated by her with a staff member of Rescue Inc. present at each step.

"We did a full investigation, which took a few months, and it was with the involvement of a Rescue Inc. staff member," she said. "We concluded the claims were unfounded."

She also noted that the letter is exempt from public record because it deals with personnel issues.

"I have full confidence in the scope and conclusions of the investigation performed by the HR director," said Patrick Moreland, interim town manager.

Manale resigns, and Rescue is out

Manale, who resigned as town manager after only seven months on the job, was not available for comment.

The contract with Rescue Inc. ended on June 1. Prior to its termination, the town signed on with Golden Cross Ambulance, out of Claremont, N.H., which has been supplementing the Fire Department's EMS response with ambulances and personnel.

The contract with Golden Cross lasts one year while the town awaits an independent review. The analysis will determine how much it will cost the town to provide its own service, and recommend whether Brattleboro might want to put a contract out to bid, rather than offer the service itself. It might even recommend working with Rescue again.

"I still stand by what I wrote in the letter to the Select Board," said Hazelton, "which was this sudden change was a retaliatory action for our complaints about the gender discrimination for patients."

"I don't have any interest in throwing mud at Rescue," said Ian Goodnow, chairman of the Brattleboro Select Board. However, he acknowledged, "Our working relationship with Rescue was pretty tense and not super positive."

Peter Elwell, who ended his seven years as Brattleboro's town manager at the end of 2021, said there have been "ups and downs" in the relationship between the town and Rescue.

"We have had a bumpy relationship and sometimes some communication issues with Rescue," he said.

"The issues with the Fire Department wanting to do their own EMS service have been brewing for a number of years," agreed Kathy Hege, the chairwoman of Rescue's board.

In a letter written to Hazelton, Manale and Goodnow said the town never suggested the town was ending the contract but only wanted justification for its assessment of $285,000 each year "as that amount is four times what towns of similar size to Brattleboro are paying for their provider." They said they also questioned why Rescue’s calls for service fees are among the highest in the state.

"We wanted to see how Rescue Inc. spent $508,000 in administrative costs in 2019 and what formula you used to determine our assessment," they wrote. "We know our share is based on population but needed to understand better how the formula for this determination is derived. Unfortunately, you denied that request."

Hazelton said he was not empowered to release that information, and that it would need to be a board decision.

Hege said no one from the town reached out to her to review the organization's books.

"It would have been a discussion to find out what information they were looking for," she said. "They're kept in a manner that we can report to Medicaid and Medicare, and it would not have been easy for someone outside the organization to understand what was going on with the books."

Goodnow said following the February meeting and prior to receiving the letter from Hazelton, the members of the board had not made a decision on its relationship with Rescue.

"I can tell you that that letter had an impact on the board," said Moreland.

The town announced the dissolution of the partnership in a notice released on April 11.

"This municipal fire/EMS model is the most efficient and effective standard practice for the rapid delivery of medical care," stated the announcement.

Manale and Goodnow also accused Hazelton of using his authority as chairman of the Vermont EMS District 13 Board to attempt to deny the fire department its new license at the paramedic level "in an effort to force the town ... to sign a service contract with Rescue Inc. of which you are the executive director. It is a conflict of interest."

Accusations on both sides

Hazelton, who is no longer the chairman of the District 13 Board, accused the Select Board of making its decision without public input.

"The town has been dishonest with the public about the circumstances," he said.

"They never really had a public discussion," agreed Hege.

"Our meetings are open," countered Goodnow. "Week in and week out, we try to keep our meetings easy to participate in and to voice your opinion. Our decision on who the town of Brattleboro contracts with for EMS services was made in an open meeting."

Hege noted that over the years, numerous Select Boards have considered the cost and benefits of continuing to contract with Rescue and concluded it in the town's best interests to continue the relationship.

"But, for some reason, they decided to go otherwise this time."

Changes had been tried before

Elwell noted that in the latter part of 2021, the town attempted to change some of the procedures related to responding to emergencies.

"We felt that paramedic-certified members of the Brattleboro Fire Department ought to be allowed to provide paramedic-level treatment to patients," said Elwell. "We felt like that was the best thing for the people of the community that both BFD and Rescue Inc. were serving together."

Working with the medical director of District 13, a protocol was developed to provide that additional service to the community without changing the model.

"Providers at the Fire Department do not have the level of experience that the providers at Rescue Inc. have," said Hazelton. "That's not a disparaging remark; it's a simple fact. They do not have the same clinical expertise as providers that are coming out of Rescue."

Goodnow acknowledged the decision to break away from Rescue Inc. "wasn't perfect in any way."

Hazelton said he's not sure if the relationship between the town and Rescue can be mended, unless the Select Board addresses "the concerns of the townspeople."

"At the point when elected officials are actually willing to evaluate the data, to figure out what's best in the communities, I'd be glad to talk to them about that," he said.

For now, Brattleboro Fire Chief Leonard Howard is waiting for a consultant's report on the costs of switching to town-provided EMS response. Meanwhile, he's pushing ahead under the assumption his department will be taking over.

So far, the medical director of District 13 recently told the board, the switchover has been working out "infinitely better" than expected.

"Change is hard for people," said Howard. "This transition materialized very quickly. In the short amount of time that this Fire Department had to prepare for the change, I can't thank the staff enough for how they've transitioned, and for the Select Board and the majority of the town for being very supportive."

Howard said he believes the town is moving in the right direction.

"Are we going to have hiccups? Certainly ... but that’s how we learn, and we’ll move on. I don’t see the level of service being any lower than what you see now. I think it will be better."