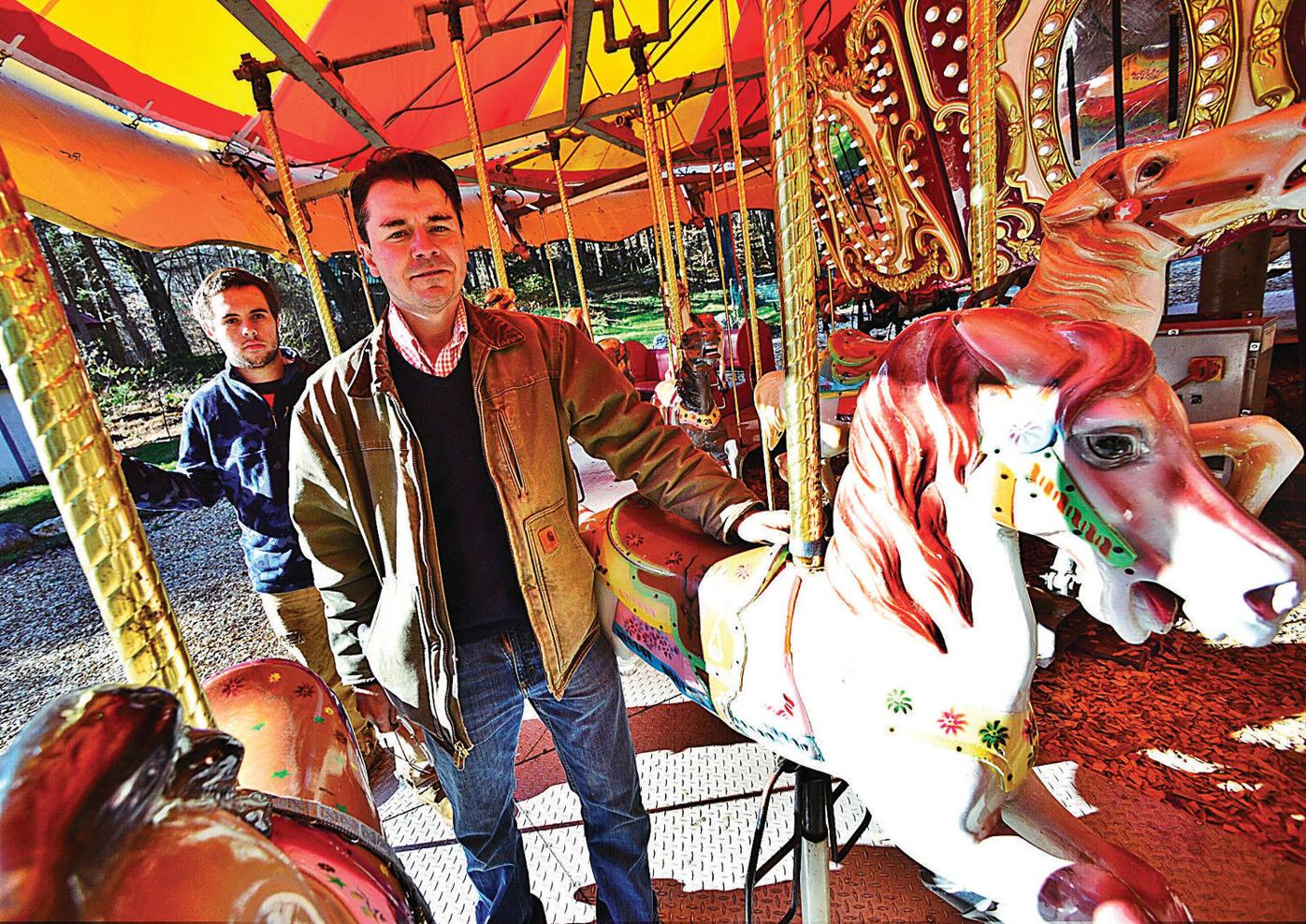 David Haversat, the owner of Santa's Land, checks the carousel that was donated by Coney Island's Astroland. 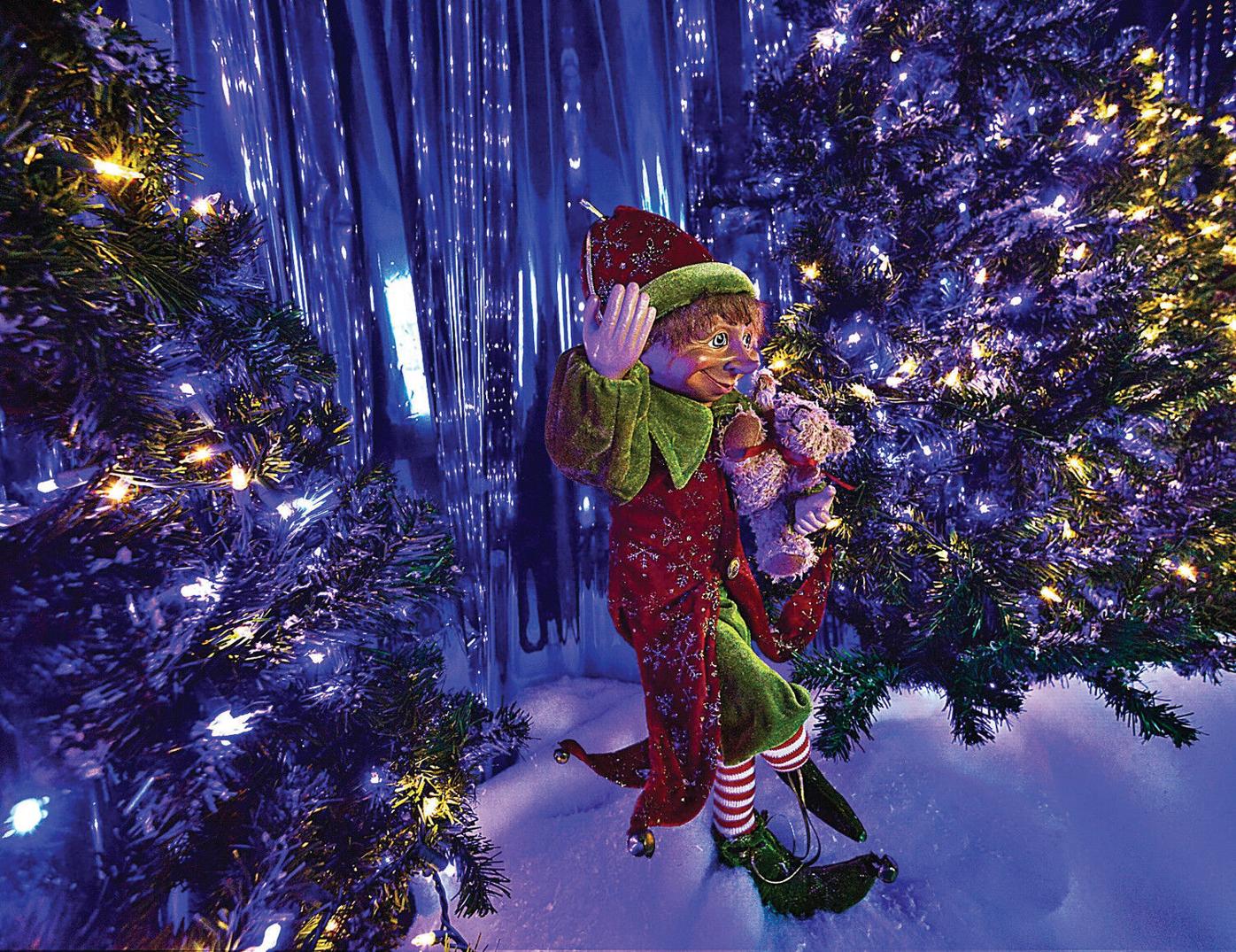 Animatronic elves will greet guests as they enter Santa's Land. 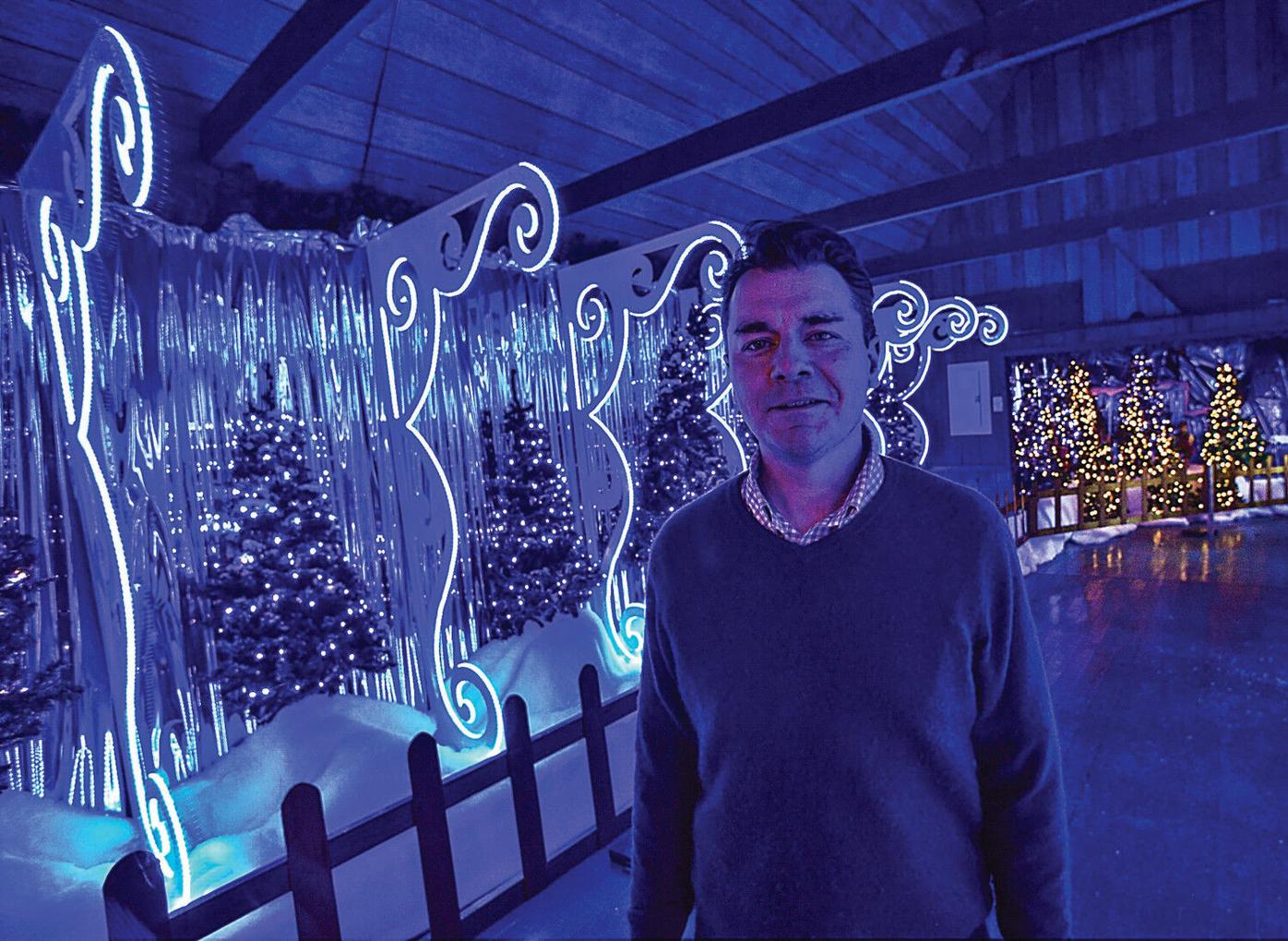 David Haversat, the owner of Santa's Land, stands in a hallway filled with Christmas trees intended to dazzle guest when the Christmas-themed park reopens on Saturday.

David Haversat, the owner of Santa's Land, checks the carousel that was donated by Coney Island's Astroland.

Animatronic elves will greet guests as they enter Santa's Land.

David Haversat, the owner of Santa's Land, stands in a hallway filled with Christmas trees intended to dazzle guest when the Christmas-themed park reopens on Saturday.

PUTNEY — Santa is returning to his rightful home in Putney.

On Saturday, David Haversat, of Oxford, Conn., is officially opening the doors to a park that's been closed for the past three years. Santa's Land will be staffed by nine people. It will be open Saturdays and Sundays, from 10 a.m. to 4 p.m., Saturday to Christmas day.

Haversat bought the property earlier this year and since then he's been getting the park ready, largely by himself.

He's been coming to the park since he

"As I walked through the place, I imagined — as a kid — if I owned it, what I would do?" he said. He's had his eye on the property for years, but it's always been too expensive to buy.

Since 2014, a dark cloud has hovered over the park, which fell into disrepair before Haversat was able to buy it, after a previous owner was charged with animal abuse. The scandal motivated Haversat. While the park remained vacant, he started buying Christmas supplies and begin figuring out how how he could buy it and return it to its former glory.

When Haversat obtained the property, he said, it was in rough shape. Nature had taken over, and some vandalism had occurred.

"It was kind of distressed," he said. "When you drove into the parking lot it was kind of depressing." The ground was covered in pine needles. There were overgrown trees and bushes. Windows were broken from vandalism.

He started his clean-up efforts in the front of the park, to show folks driving by that there was progress being made. Haversat threw out nearly a football field worth of garbage from the property. Over the past few months, he's cleaned the property up, repainted everything, installed a new carousel and added to some of the old attractions.

To get inside, park goers will enter through a gift shop. Haversat has it stocked with toys, maple candy and all types of Christmas-themed goods. The old gift shop extended throughout the entire building, but Haversat found that unnecessary, so he took out the shelves in a hallway leading out to the park and replaced them with a magical "winter-wonderland portal." Sparkly blue lights, twinkly music, Christmas trees and elves welcome visitors.

"It's the gateway to Santa's Land," he said.

Outside, three fun house mirrors stand on the sides of the gift shop building. Old Santa's Land visitors won't recognize a new Santa statue at the front of the park. It stands in place of an old Humpty Dumpty statue.

To access rides, attractions and snacks, customers have to cross Santa's Sweetheart Bridge.

Growing up, Haversat's favorite attraction was the train. Haversat said the train has always been a popular attraction, but he hopes a new attraction will capture people's hearts — he's obtained a carousel from Coney Island's Astroland.

"It made its trip from Brooklyn, on to here," he said. "It's probably the largest carousel Santa's Land has ever had." Santa's land used to have a merry-go-round, "a small one," Haversat said. This carousel, though, has 36 horses.

There are some changes to the house where Santa sat and took pictures with children. "Everyone has cell phones now," Haversat said. He didn't see any point in charging people to take photos. Instead, he's made an animatronic world within the house and, in Santa's bed, a dozing Santa lies. Meanwhile, the real Santa will be wandering around the park engaging with park goers and handing out candy canes.

Another one of Haversat's new attractions is Bear Mountain — a dancing, singing, wonder where polar bears and penguins live in peace and partake in the festive fun that can only be obtained at the North Pole.

Haversat has built up to this moment his whole life. He describes certain childhood activities, such as decorating what he and his family called a "Christmas House," as practice for this moment. He hopes to run the park for the rest of his life and maybe to someday pass it on to his son, Nathan, who is 7 years old. "He's the same age I was," Haversat said. "He loves it."

Nathan isn't the only one excited for the park's reopening. Many adults still pine for Santa's Land. Haversat said several times he's had people pull into the parking lot while he's been working on the park. When this happens, he goes out to greet them and people ask him when the park will be open and to share memories.

Haversat is a magician by trade who also owns an auction company that specializes in selling products for magicians. Since he bought Santa's Land, all of his income from his business has gone into it. "Hopefully I'm not too crazy for buying it," he said.

The park is populated by old animal pens and feeding stations, the remnants of a park that used to be the home for deer and other animals. Haversat admitted he wasn't going to add animals anytime soon, but he's leaving the pens as they are in case the opportunity to have animals arises in the future.