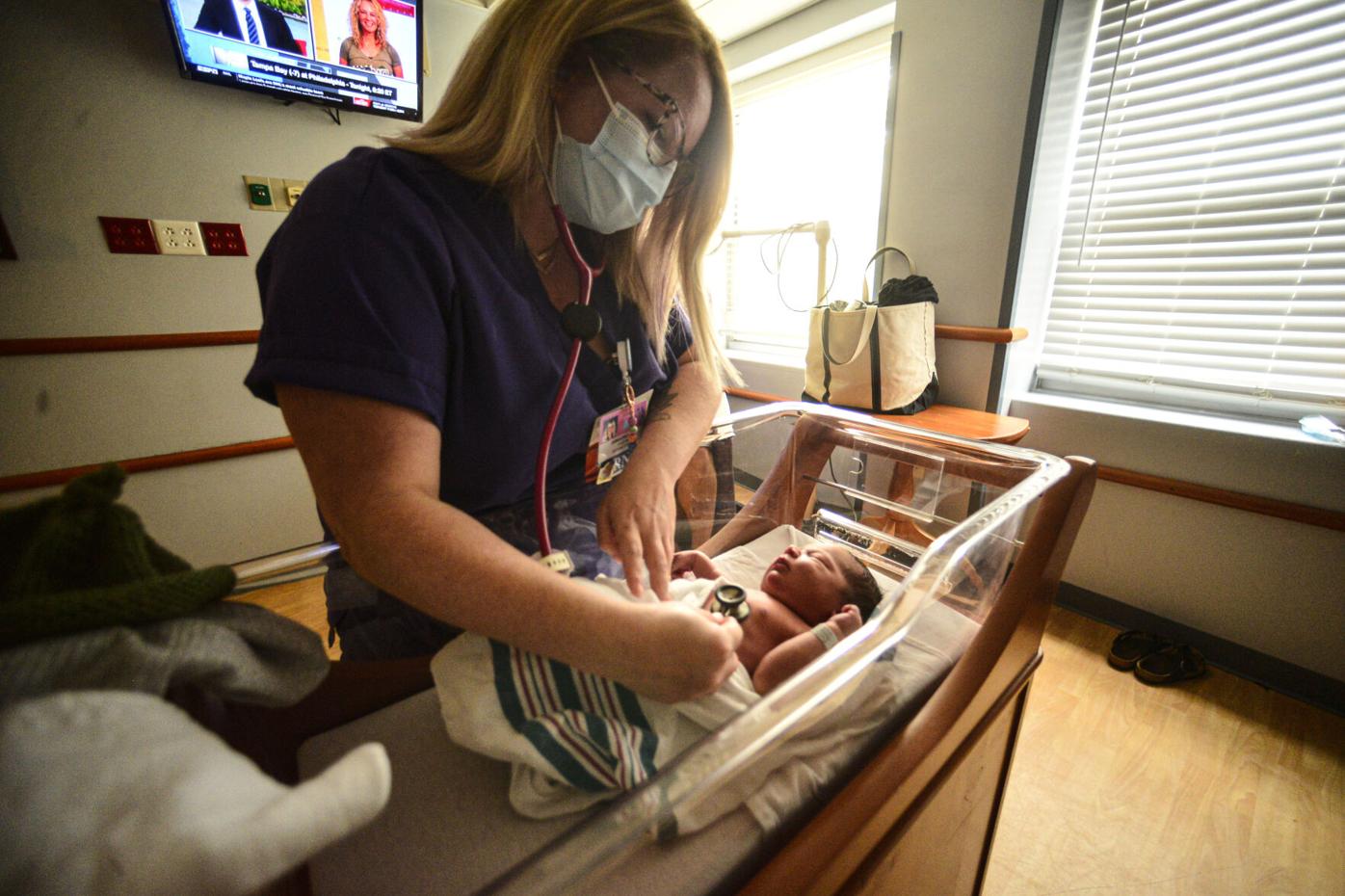 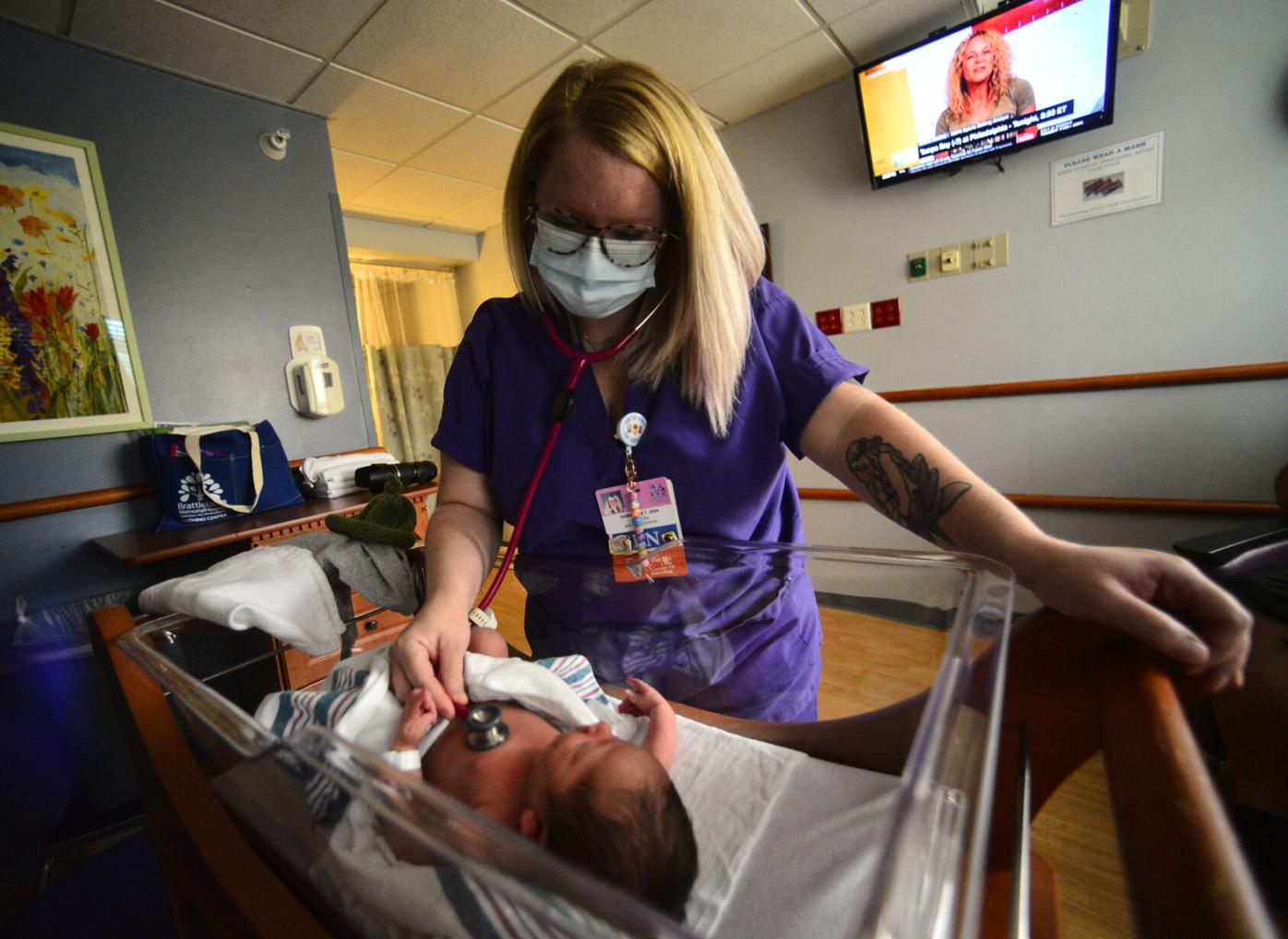 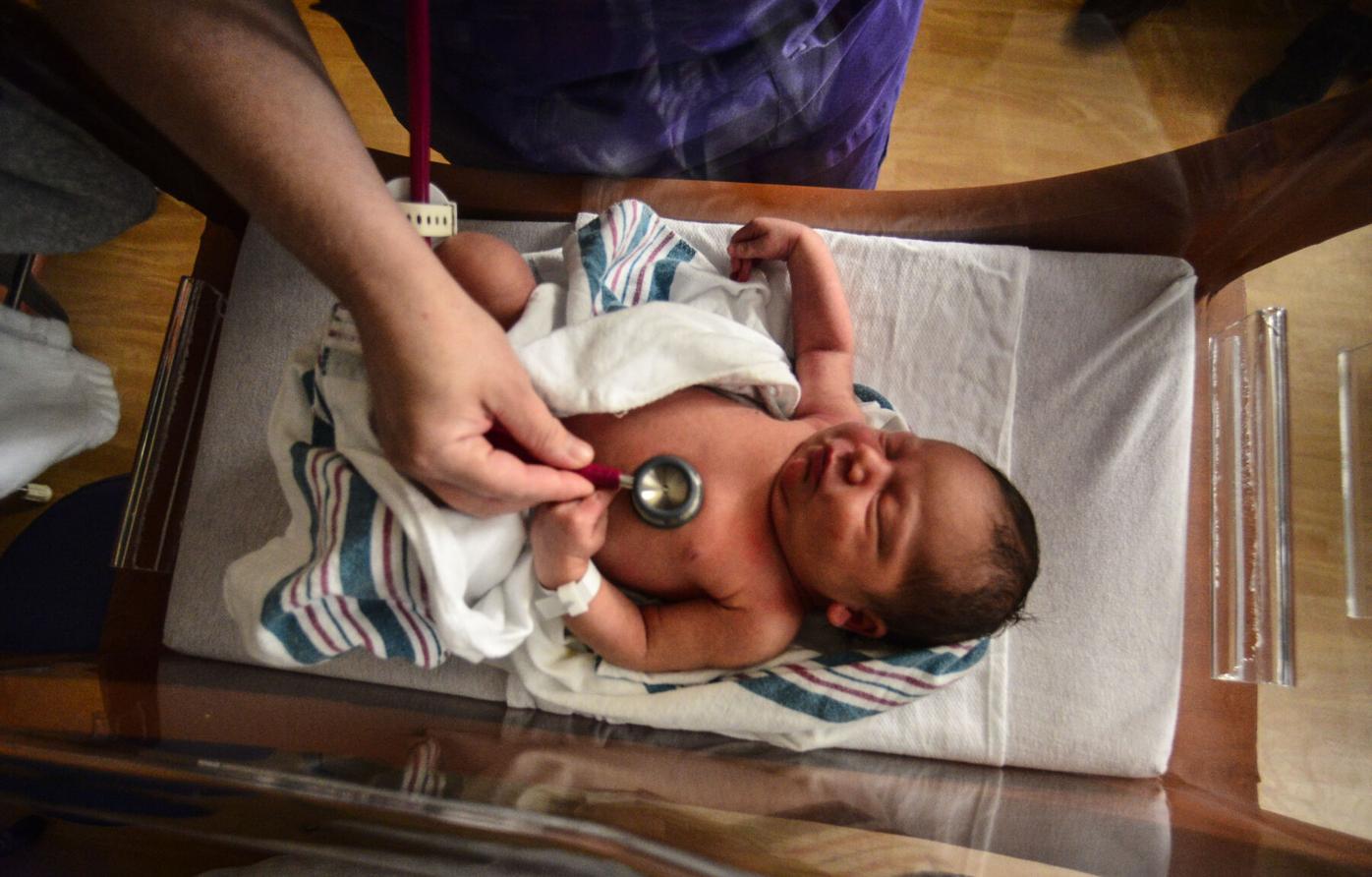 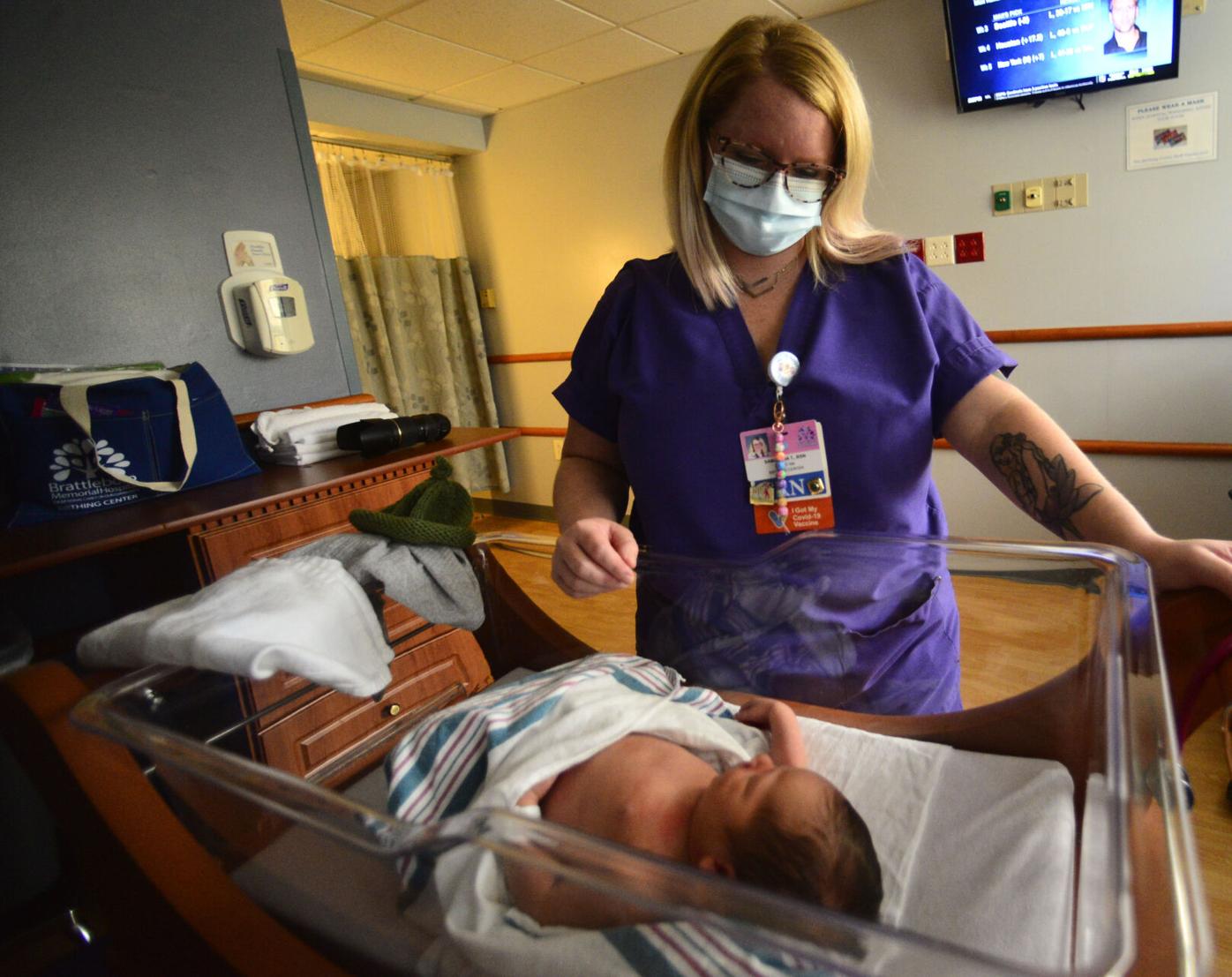 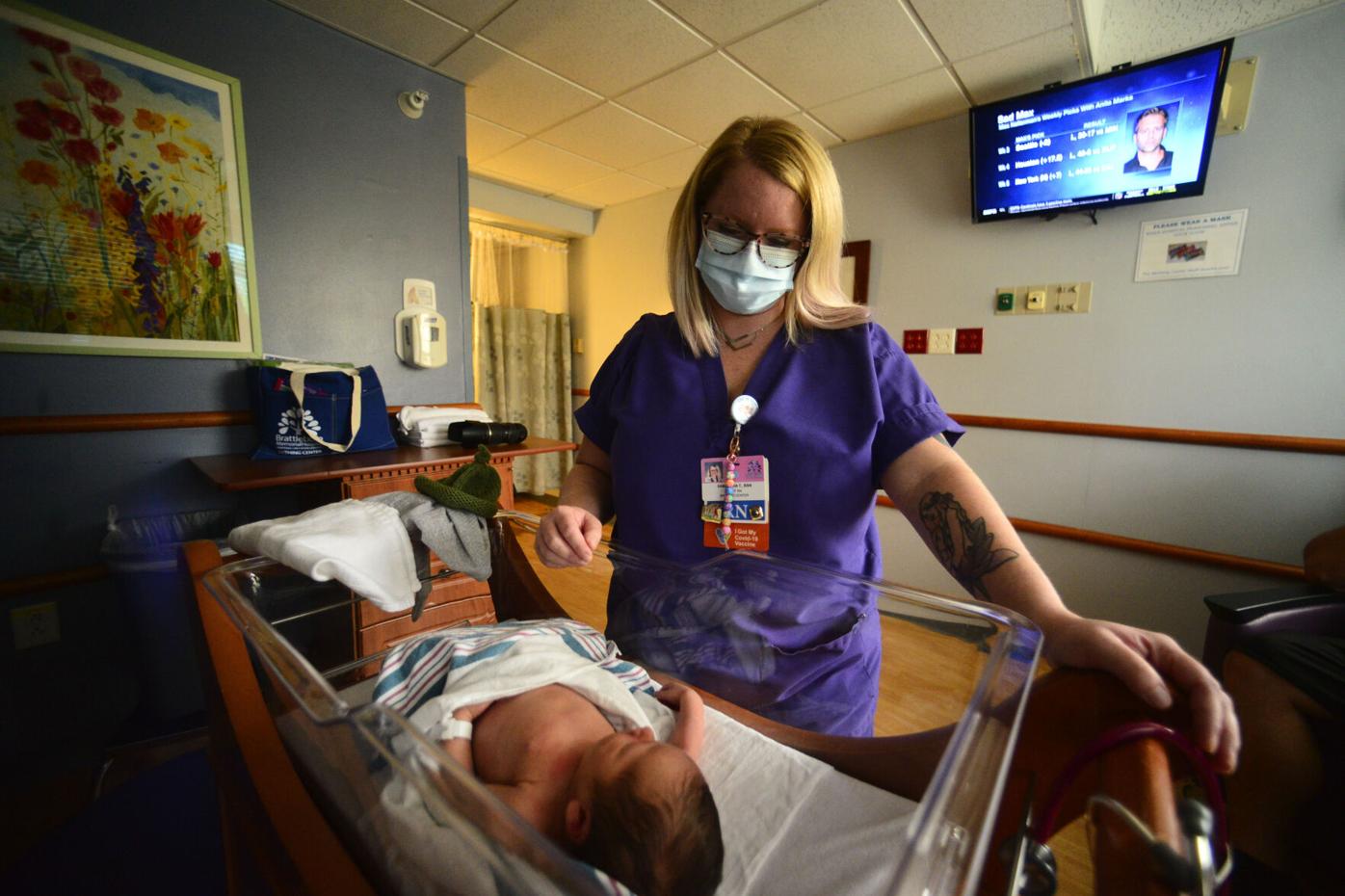 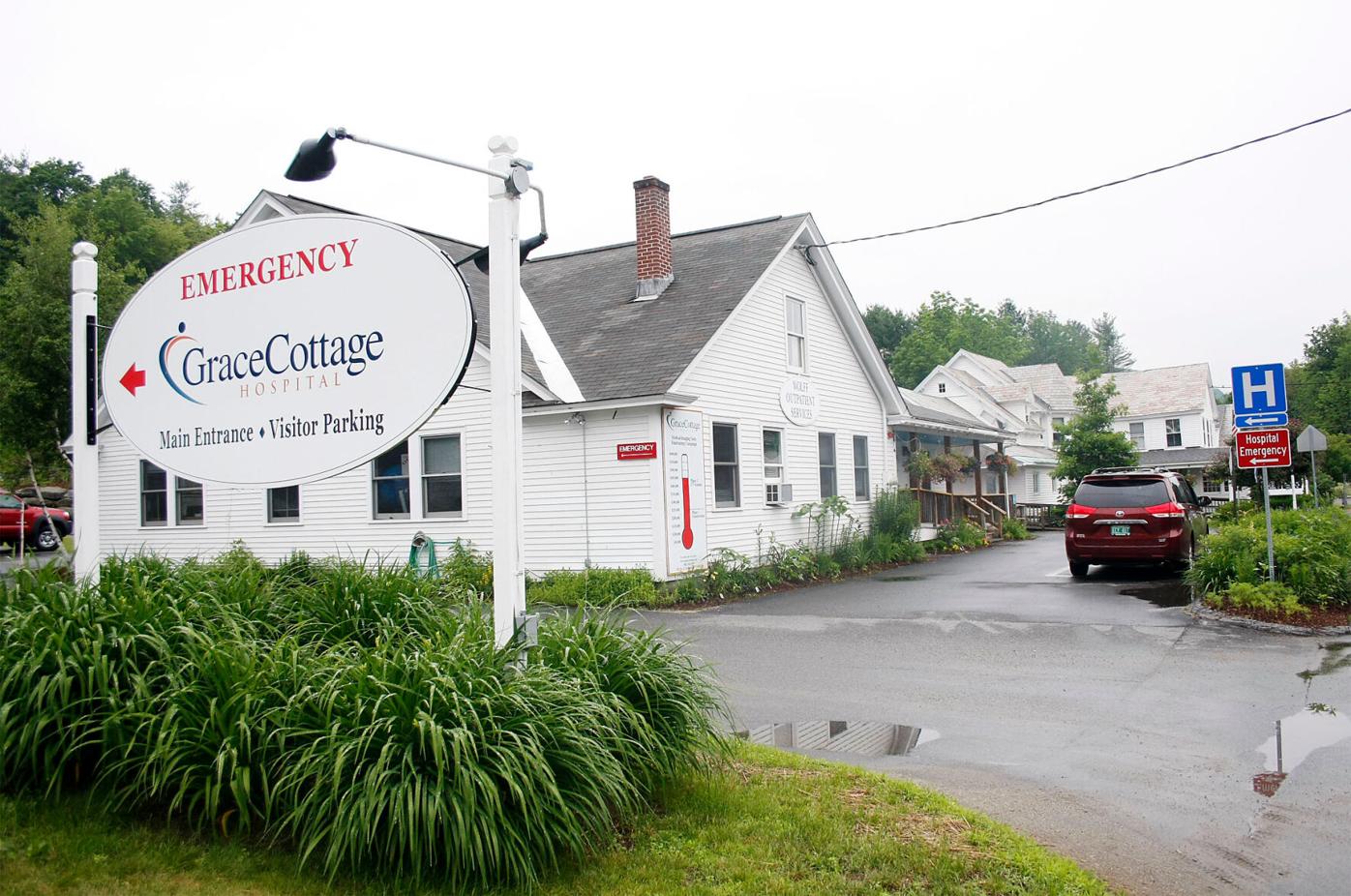 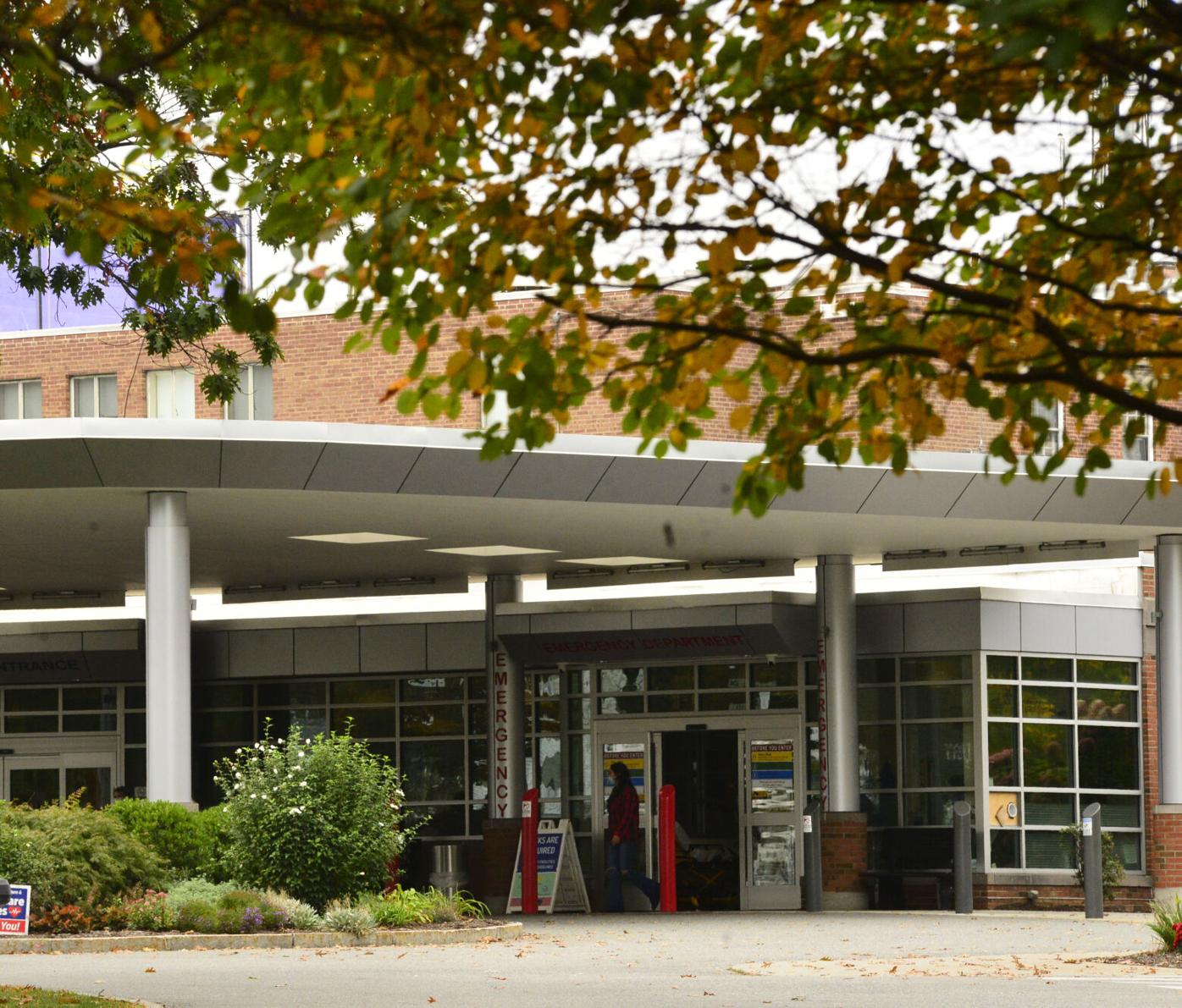 Millions of Americans are quitting their jobs, more than 7 million in July and August alone.

People are walking away from work in restaurants, stores, warehouses, education, health care and social assistance.

And while it may seem particular to the past 20 months, a reaction to the COVID-19 pandemic, it’s actually just an example of employment cycles affected by boom and bust, said Dr. Patricia Pittman, the director of the Health Workforce Research Center at George Washington University.

For example, she said, during past recessions, such as in 2008 and in the late 1990s, health care professionals, such as nurses, remained in place because of job stability. But in boom years, nurses fled to other jobs with better pay and less stress.

In March 2020, when everyone began to hunker down because of uncertainty about COVID-19 and how best to keep safe, the economy was basically shut down. While some hospitals scaled back elective procedures in response, resulting in some people going on unemployment, registered nurses still had to take care of people were who were getting sick, breaking bones, or needing treatment for things such as cancer or cardiac problems.

According to the 2021 NSI National Health Care Retention & RN Staffing Report, vacancy rates for registered nurses average about 7.5 percent. In Vermont, it’s about 14 percent, up from about 9 percent prior to the pandemic.

“There are not always enough registered nurses,” said Jill Maynard, the director of nursing for the emergency department and the intensive care unit at Southwestern Vermont Medical Center in Bennington.

According to a national licensure database, there are more than 19,000 active RN licenses in the state of Vermont. These are nurses who have at least a bachelors degree and may work in long-term health care facilities, in primary care or in home health care, as well as emergency rooms and ICUs. Licenses may also be active but the person holding one may not be working as an RN at all.

About 160,000 RNs graduate each year, but the Bureau of Labor Statistics projects the need for 175,900 new RNs each year for the next decade. If the gap is not addressed by 2030, according to a study published in the American Journal of Medical Quality, there will be a shortage of more than a half million nurses in the United States.

This might all lead one to believe there is a nursing shortage in the United States.

‘Moral injury’This is a problem that existed before the pandemic, said Maynard, but COVID-19 has made the scale worse.

“Honestly, it’s something I’ve never seen before,” she said.

Earlier this year, when it looked like the nation was getting a handle on the pandemic, people thought a finish line was in sight, said Maynard.

“But as you approach the finish line, you put every ounce of what you have into getting there, you’re feeling excited and rejuvenated, and then someone takes it away and you have to keep running,” she said. “It’s like a bad joke.”

“Nurses have always been witness to suffering, and being able to respond to that is a big part of what we do,” said Stack. “I think what has changed, and what people are referring to when talking about ‘moral injury,’ is doing what we do as nurses in a health care environment with increasingly complex patient and community needs, combined with limited resources.”

Stack said she has heard people refer to the effects of the pandemic as a “life quake” that has forced employees in every industry and profession to examine their lives and priorities.

“Sometimes this means decreasing hours worked, early retirement, change in venues, or changing professions altogether,” she said. “In spite of challenges brought about by the pandemic, I do think nurses at BMH feel valued by their colleagues and the community.”

“There are so many benefits of being in a small hospital,” agreed Maynard. “We know each other and build each other up. We will weather this and come out of it.”

Traveling nurses, a bane and a boonWhile there are some nurses who have quit because of burnout or left for jobs elsewhere because of vaccine mandates, others have left to work as traveling nurses, who can earn three times as much as staff nurses.

Registered nurses are being recruited to work in places where there is a higher demand for their services, especially where there are higher COVID-19 rates.

“This allowed for seasonal surging without having to pay benefits or overhead related to regular staffing,” she said. “They are also, in some cases, used to break strikes.”

In the early days of the pandemic, said Pittman, traveling nurses were essential in many parts of the country, especially the metropolitan areas that were experiencing a surge in people needing a high level of care.

“Everyone needed travel nurses and the travel industry got very aggressive, demanding more money,” said Pittman. “It had very harmful effects and was very demoralizing to staff nurses who were working alongside other nurses who were getting paid more and had less experience.”

“We are seeing some of our most skilled nurses, especially those in the emergency department, taking travel assignments,” said Maynard. “It’s difficult to pass up the money being offered.”

BMH does utilize traveling nurses, said Stack, and the hospital has lost some staffers to traveling nurse agencies. But BMH has had nurses return after traveling and has also had travelers sign on for permanent positions.

Challenges to mental health careTraveling nurses are a short-term solution at the Brattleboro Retreat, said Louis Josephson, CEO and president of the psychiatric facility in downtown Brattleboro.

“We could easily hire another 30 nurses, 30 behavioral health technicians and 10 social workers,” he said.

“The needs are high and the beds are low,” said a care provider at the Retreat who asked not to be identified. “There’s not much stability. Staff are coming and going all the time, so it’s hard to get the ground under our feet. Techs, nurses, management doctors. It’s a revolving door of staff. Mental health patients need stability.”

The shortage of nurses and other health care professionals at the Retreat has repercussions around the state, said Josephson.

“There has been a real uptick in people waiting in hospital emergency rooms for inpatient psychiatric care,” he said.

Before the COVID-19 pandemic, he said, the facility’s census, or daily count of occupancy, was in the mid 90s.

During most of the pandemic, its census has been hovering in the upper 40s and low 50s.

Emma Harrigan, the director of policy analysis and development at the Vermont Association of Hospitals and Health Systems, said on any given day in Vermont, 30 to 40 people are waiting in hospitals for treatment in a psychiatric facility.

At BMH, the average length of stay in the Emergency Department for someone awaiting a bed is 50 hours, said Gina Pattison, BMH’s director of development and marketing.

“We have always had a space available for patients that are awaiting a bed at an inpatient psychiatric facility, but have recently expanded this space to provide more privacy and less stimulation in an otherwise active Emergency Department,” she said.

Alison Krompf, the deputy commissioner of the Agency of Human Services, said the state has been working with the Retreat to increase its daily census, including helping to pay for traveling nurses.

“This was an investment we made and are continuing to make,” said Krompf.

The effort has allowed the Retreat to approach a daily census of 60. But even though the Retreat has opened a new unit for those suffering from acute mental illness, it’s not enough.

“That’s the impact of the workforce shortage everyone is experiencing,” said Josephson.

“The mental health crisis is one reason I know that ER nurses have quit,” said George Terwilliger, chief medical officer and director of the emergency department at Grace Cottage in Townshend, which averages about seven patients a month in need of intense psychiatric care. He said providing care to those in a mental health crisis has been “a slow, rolling crisis since Tropical Storm Irene.”

“Every year it seems to get worse,” said Terwilliger. “It’s quite upsetting to all of us, not to mention the rank and file who have to take care of such a patient.”

“And we know from research that people tend to stay where they are trained,” she said.

“It’s really important that we invest in educating and training members of our community who want to be nurses,” said Stack. “Even though they may leave the region to travel or for other reasons, many will return home, and bring all of those experiences back with them. I have seen this cycle already in the few years that I have been in this role.”

Both BMH and Grace Cottage work with Greenfield Community College and Vermont Technical College to get new nurses on staff.

“We have great relationships with our affiliated nursing schools and have consistently and safely continued to host clinical rotations throughout the pandemic,” said Stack. “We have also hosted licensed nursing assistant clinical rotations in collaboration with our local high school and hope to be able to resume that in the spring.”

Terwilliger said the collaboration brings about eight student nurses at a time to Grace Cottage, which also offers two programs to help nursing students pay for their education.

“The first is our licensed loan reimbursement program, which will award up to $5,000 per year towards a full-time licensed employee’s educational loan payments up to a maximum of 10 years or until 100 percent of the educational loan is paid off, whichever comes first,” said Jennifer Newman, director of human resources at Grace Cottage. “The second is our tuition reimbursement program. We will reimburse a maximum of $5,000 per year up to $15,000 per degree program.”

At SVMC, nursing graduates from Castleton University who come to work at SVMC receive up to $60,000 of their tuition debt paid by the hospital, said Ashley Brenon Jowett, communications and marketing specialist for SVMC.

“The payments are divided equally over six years and paid annually on the nurse’s anniversary date,” she said.

While Brattleboro Memorial Hospital does not have a tuition payback program, it provides educational assistance through a tuition reimbursement program that is utilized by many nurses.

“With our strongest pipeline being ADN (associate degree in nursing) and LPN (license practical nursing) programs, this allows our nurses to further their education while continuing to work,” said Stack.

Despite the challenges and the extreme stress experienced by health care professionals due to the pandemic, Pittman said, as history has shown, it will be temporary and things are bound to get better.

“We are in one of those vicious cycles,” said Pittman. “It won’t last forever, but it’s a particularly nasty dip.”